The funeral took place today in Oświęcim of Zofia Posmysz, the acclaimed writer, Auschwitz survivor and holder of Poland’s highest honour, the Order of the White Eagle.

The funeral mass was held at noon at the Church of the Blessed Virgin Mary in Oświęcim after the writer passed away last Monday at a hospice in the town at the age of 98.

Zofia Posmysz was one of Poland’s major chroniclers of the Holocaust, which she explored through fiction and drama. 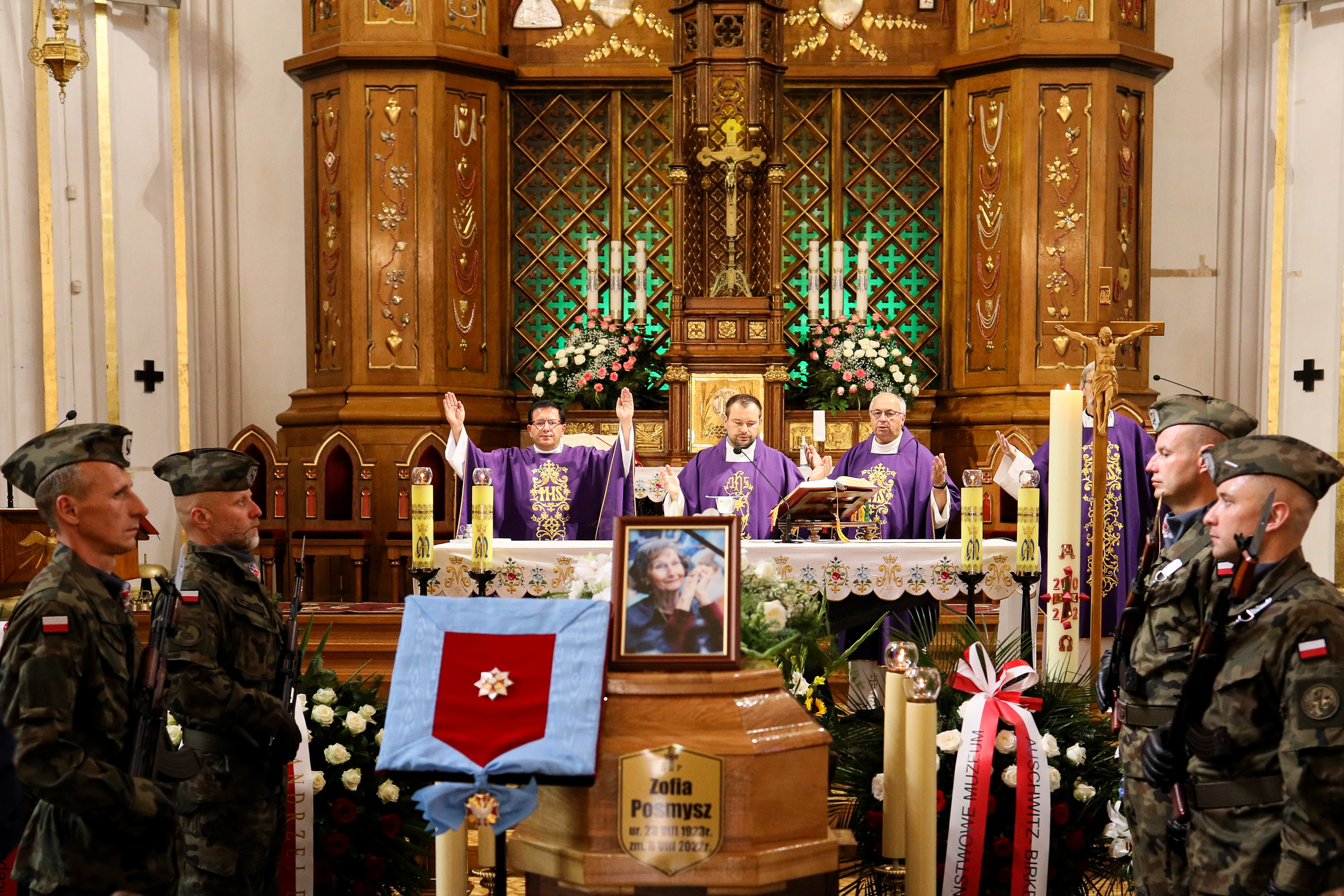 The funeral mass was held at noon at the Church of the Blessed Virgin Mary in Oświęcim.Tomasz Wiktor/PAP

Later turned into a novel, Posmysz is primarily associated with her radio play Passenger, a semi-autobiographical account of the Holocaust in occupied Poland.

In 1959, while working as a Polish radio correspondent in Paris, Posmysz overheard a voice among the tourists that chilled her to the bone.

The voice belonged to a German woman who Posmysz thought she recognised as one of the women who guarded her at Auschwitz. 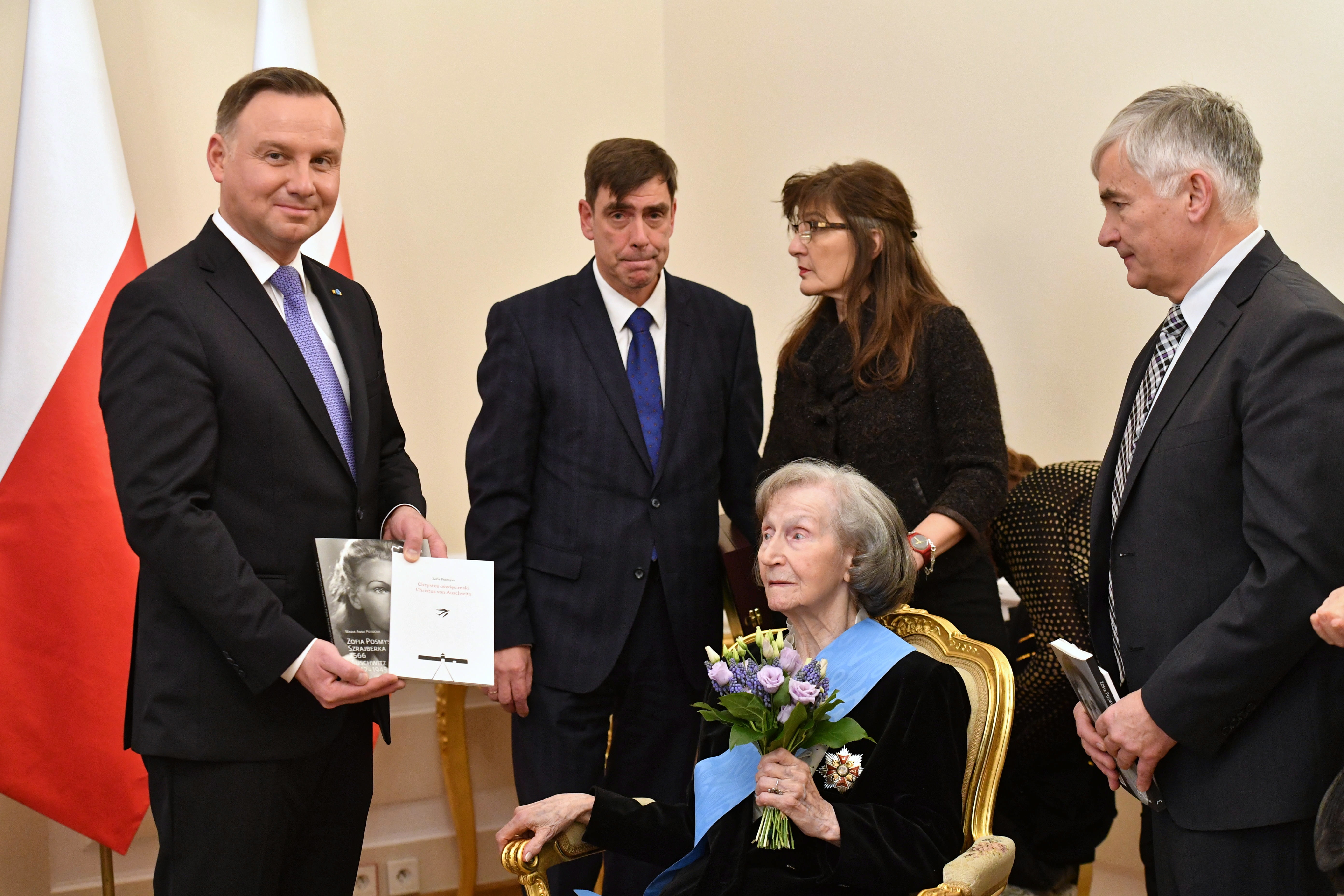 During the German occupation, she attended clandestine school classes and distributed underground newspapers. The Germans arrested her in April 1942 in Kraków, the city where she was born in 1923.

She was sent to the notorious prison on Montelupich Street, from where she was deported to Auschwitz on May 30, 1942. Initially placed in the female section of the main Auschwitz camp, she was to only stay there for a short time.

One of the female prisoners working on cleaning the banks of the Soła River managed to escape, and as part of the punishment, Posmysz’s entire work group of 200 were sent to a penal company in the nearby village of Budy.

The group lived in inhumane conditions and were starved, tortured and worked beyond their strength. After two months only 143 of their number remained.

Subsequently sent to Birkenau, where a women's sub-camp had been established, the group was decimated yet further by typhus and diarrhoea. 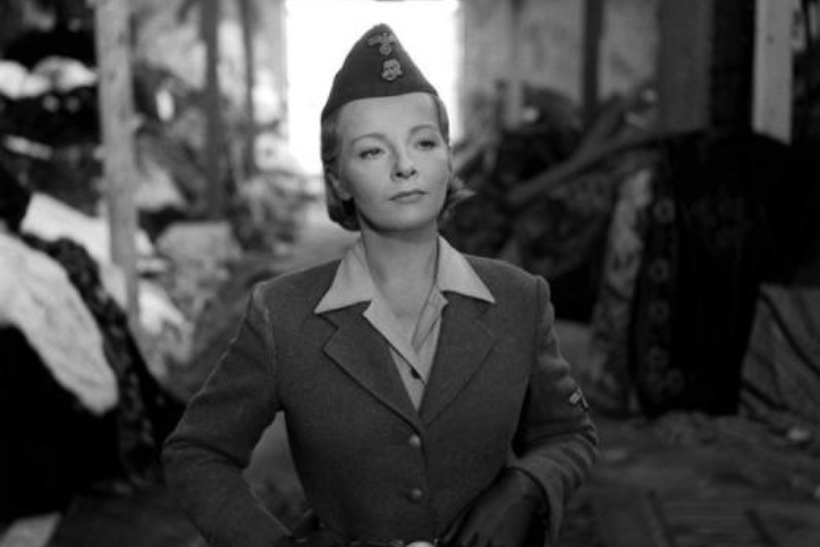 Her defining work, Passenger, was first produced as a radio play before later being turned into a book and film.Press materials

Conditions improved for Posmysz in March 1943 when she was placed in the camp kitchen and two months later she was promoted to a senior position.

In January 1945, as the front approached, thousands of prisoners were sent on a death march towards Germany which claimed an uncounted number of victims to this day.

Prisoners from Birkenau walked for almost three days and were finally transported in open wagons in freezing weather to Ravensbrück. 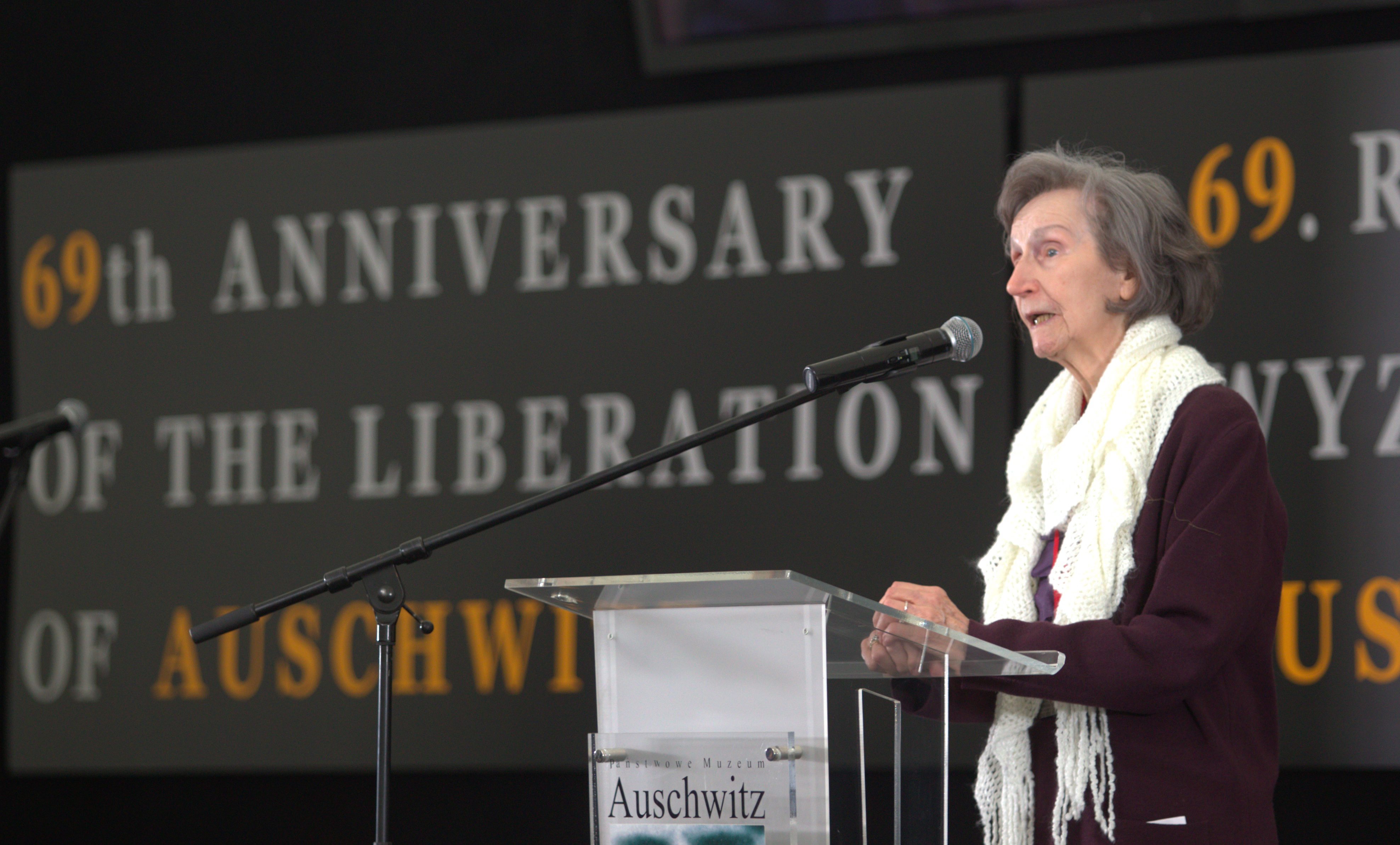 Posmysz survived and was finally liberated by the Allies in the Neustadt-Glewe sub-camp on May 2nd, 1945.

She settled in Warsaw and studied Polish at university before working as a journalist with Polish radio as a foreign
correspondent. That is how she ended up on Plac de la Concorde in 1959.

The voice she heard that day did not belong to her former guard. However, it set her thinking about what she would or should have done had it belonged to the camp guard. 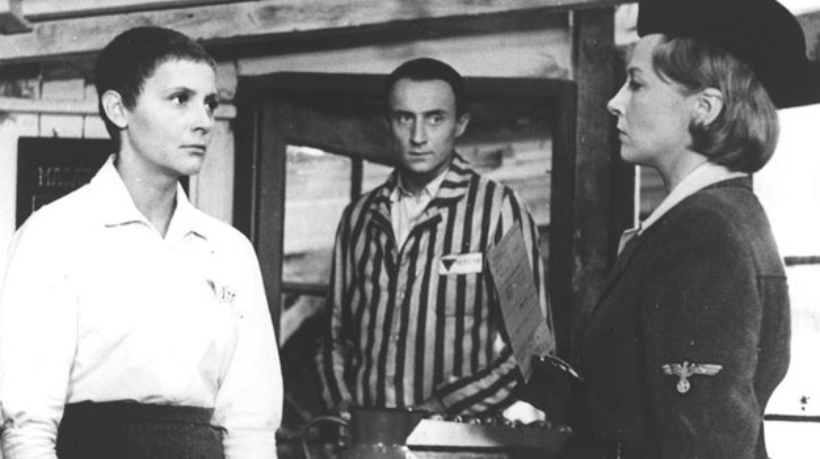 The plot of Passenger was inspired when Posmysz overheard the voice of a woman that she thought had guarded her at Auschwitz.Press materials

These thoughts eventually led to her writing the radio play Passenger.

In the story, a former concentration camp inmate meets one of her guards when they are both passengers on a cruise ship.

Posmysz set the story on a ship as the concept meant that the neither passenger could escape the other, thereby forcing them to confront the past.

The play was later released as a novel, which has been translated into fifteen languages and was adapted for the screen by director Andrzej Munk, who died during filming. 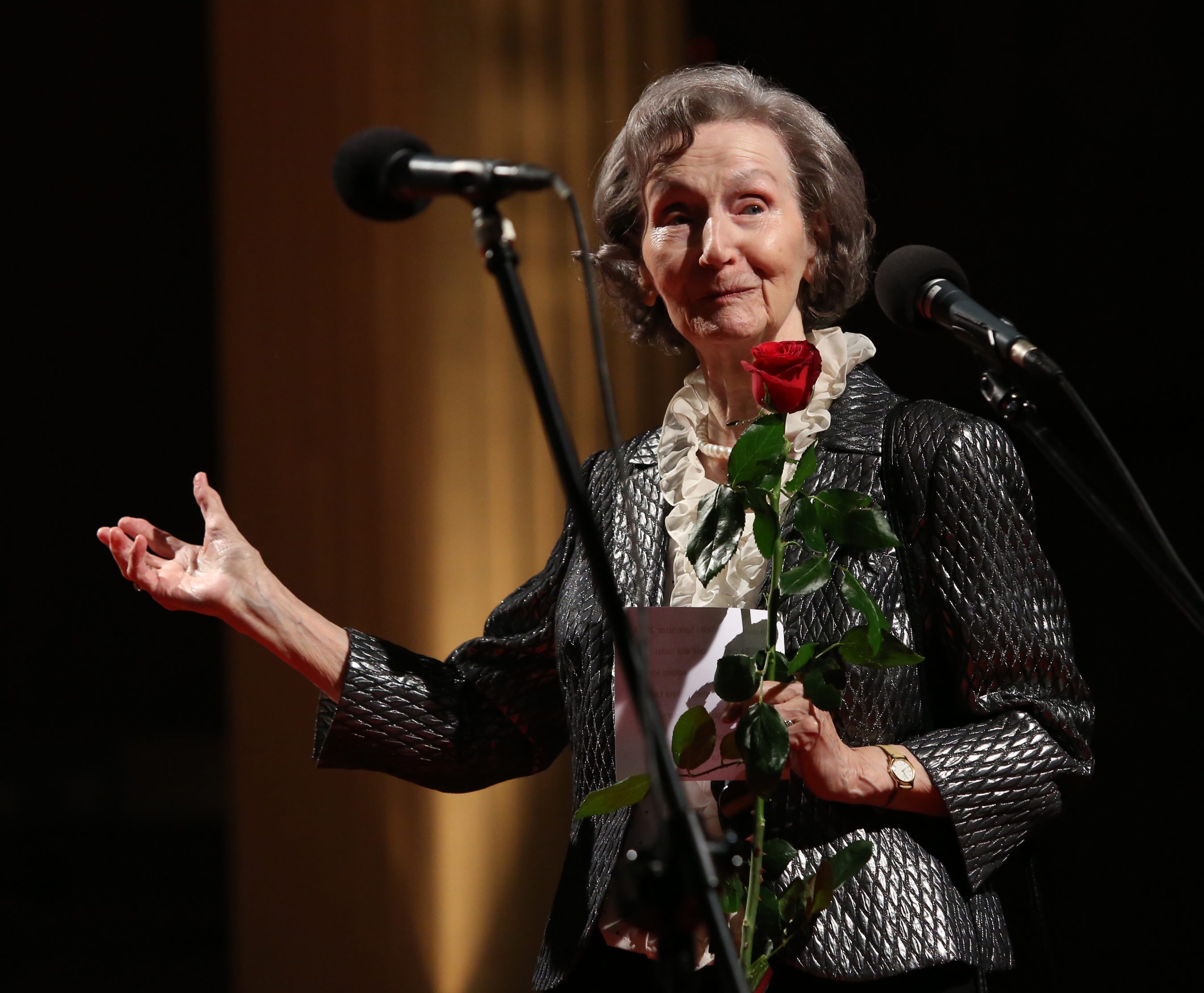 Prolific in her output, Posmysz’s other works included the novels Holiday on the Adriatic, Microclimate and Price, as well as numerous radio plays and screenplays.Tomasz Gzell/PAP

The film was the basis for a famous opera, which Dmitri Shostakovich described as perfect.

The fame of Passenger somewhat overshadowed Posmysz’s other equally important work, such as the novels Holiday on the Adriatic, Microclimate and Price, as well as numerous radio plays and screenplays.

Posmysz often visited Oświęcim, especially the International Youth Meeting Center there, which organises meetings and discussions to build understanding between young people from different countries. She received the title of honorary citizen of that city.