Zbigniew Libera – the man behind the infamous Lego death camp

Although probably best-known for his Lego model concentration camps, Zbigniew Libera is one of the leading exponents of Poland’s critical art movement of the 1990’s.

The critical art movement concerned itself with re-assessing the role of art in a country undergoing massive political and social changes after the fall of communism and the rapid transformation to a neo-liberal, capitalist society. Artists began commenting on Poland’s history, religion, previously taboo subjects and the role of ordinary citizen in the new system. One of their main conclusions was that Poland had simply swapped from one oppressive system to one which oppressed in different  ways. During the 1990’s there were many cases of artists being fined or imprisoned and galleries being shut down for producing and showing work deemed to be too controversial, anti-religious or offending public decency. Later, one of the major figures in the movement, Artur Żmijewski, stated that art produced during that period had failed to influence real political or social change, was self-indulgent and was just another commodity for the wealthy.

Initially, Libera was part of the ‘Strych’ (Attic) artist’s collective in Łódź (central Poland). The group provided studio space, organised cultural events and served as a meeting place for political activities during the period of martial law. At this time Libera was also involved in the production of underground resistance leaflets and in 1982 was arrested and interned for a year. Upon release he moved back to the family home to look after his dying grandmother. The acts involved in her care became the subject of his first video works – Intimate Rights (1984) and Mystical Perseverance (1984). 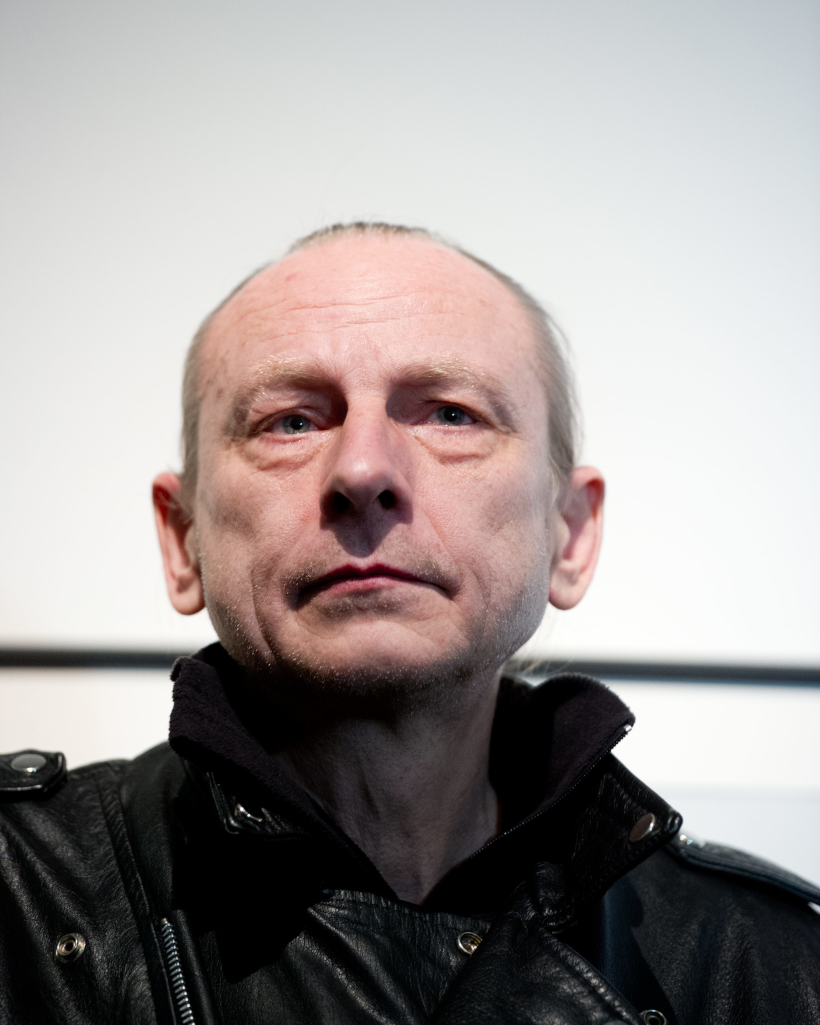 His most famous, or infamous, work is Lego Concentration Camp (1996). Libera produced seven different sets – the largest being a full model of a concentration camp with barracks, barbed wire fencing, guards and inmates. Smaller sets included a medical experiment room and a crematorium. Each set was packaged in boxes featuring the company logo and the words ‘This work by Zbigniew Libera has been sponsored by Lego’. Initially there was little reaction to the work, but when the curator of Poland’s pavilion at the 1997 Venice Biennale refused to show the work, scandal ensued.  Lego threatened legal action, but dropped the case after public outcry, mainly from outside Poland, and the fact that one of the editioned camps had already been purchased by the Jewish Museum in New York, giving the piece some credibility against the cries of anti-Semitism directed at the artist from some quarters.  Many believed the set was mass produced and available for sale in regular toy stores (the main camp set. Edition of 3) and accusations of mocking the Holocaust.  In 2012 The Museum of Modern Art in Warsaw purchased one of the large camp sets from a Norwegian collector for EUR 55,000, describing it as “One of the most important works of contemporary Polish art.” In effect one could build anything from Lego, while in reality the potential of what one could, or should, build may also be culturally or morally questionable.

In the Positives series (2002-2003), Libera staged positive recreations of famous photos of war and trauma, including a photo from the liberation of Auschwitz, a post-execution picture of Che Guevara and the ‘Napalm Girl’ from the Vietnam war. No matter how much the pictures try to alter the meaning of the images, one is constantly reminded of the harrowing originals.

Libera was born in Pabianice, a town near the city of Łódź in central Poland in 1959.