Students from Zambia studying in Ukraine have found safety in Poland after Territorial Defence Force soldiers ensured their evacuation from Ukraine.

The volunteer soldiers collected the students from the crossing in Hrebenne, which lies on the border between Lublin and Lviv. 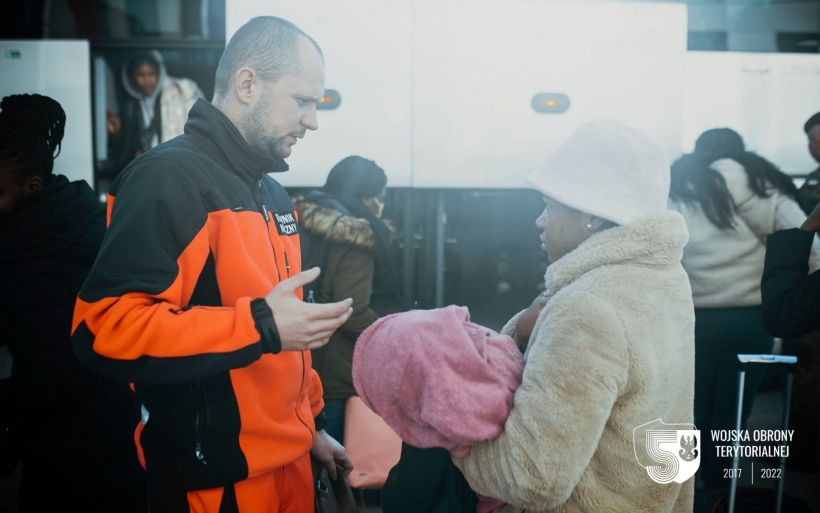 The volunteer soldiers collected the students from the crossing in Hrebenne, which lies on the border between Lublin and Lviv.DWOT

Soldiers from the 6th Mazovian Territorial Defence Brigade guided the group from the border to Warsaw and provided assistance on the way. The group of soldiers included medics, drivers and security personnel.

Marek Pietrzak from the Territorial Defence Force command told TFN: “We received a call from the defence attaché at the Zambian embassy in Warsaw saying that a large group of Zambian citizens who had been studying in Ukraine when the war broke out so there was a need to evacuate them from the territory of Ukraine. 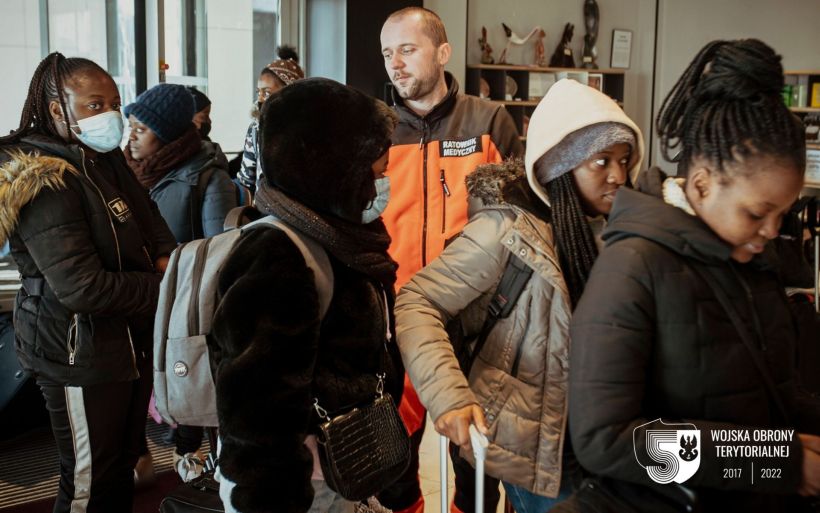 “The evacuation involves nearly 150 Zambian students. Mazovian Territorials will be involved in the relief action until all Zambian citizens are on the Polish side and safely reach the airport in Warsaw,” he added.

Territorial Defence Force soldiers from eastern Poland have been put on increased readiness since Russia’s invasion of Ukraine on Thursday to support the Border Guard in protecting the  border and support local councils near the border in organising and operating refugee reception points. 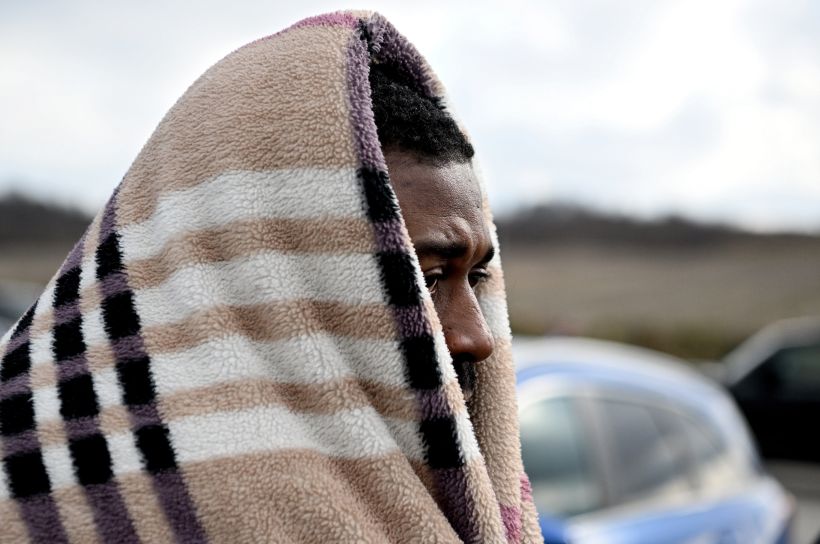 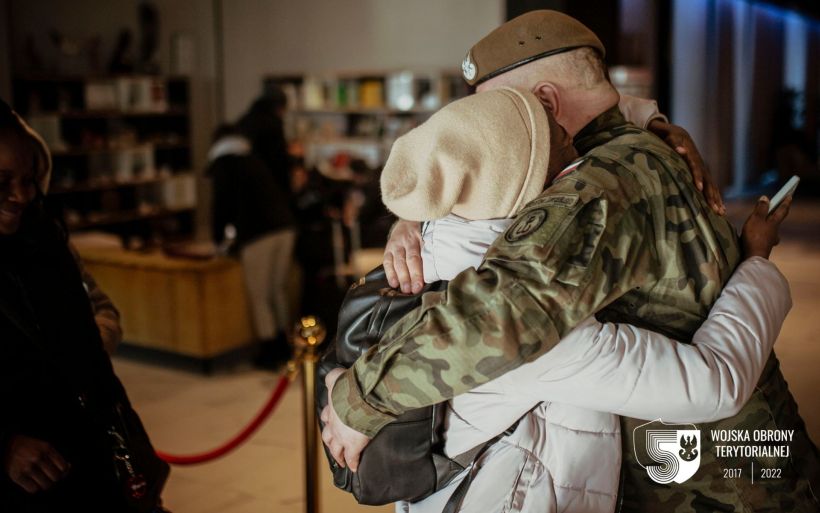 Head of the Poland’s special services Stanislaw Żaryn said today that Poland welcomes all those who are fleeing Russian aggression.DWOT

Meanwhile, spokesperson of the Minister-Special Services Coordinator Stanislaw Żaryn said today that Poland welcomes all those who are fleeing Russian aggression.

His statement came in response to a feature by BBC World news service.

He said on Twitter, "Dear @BBCWorld, Poland is accepting everybody who is fleeing Russian war against Ukraine. We are helping everybody who escapes the Russian threat and arrives at the Polish border crossing. Propagating such narratives means spreading disinformation. **STOP** DISINFORMATION!" 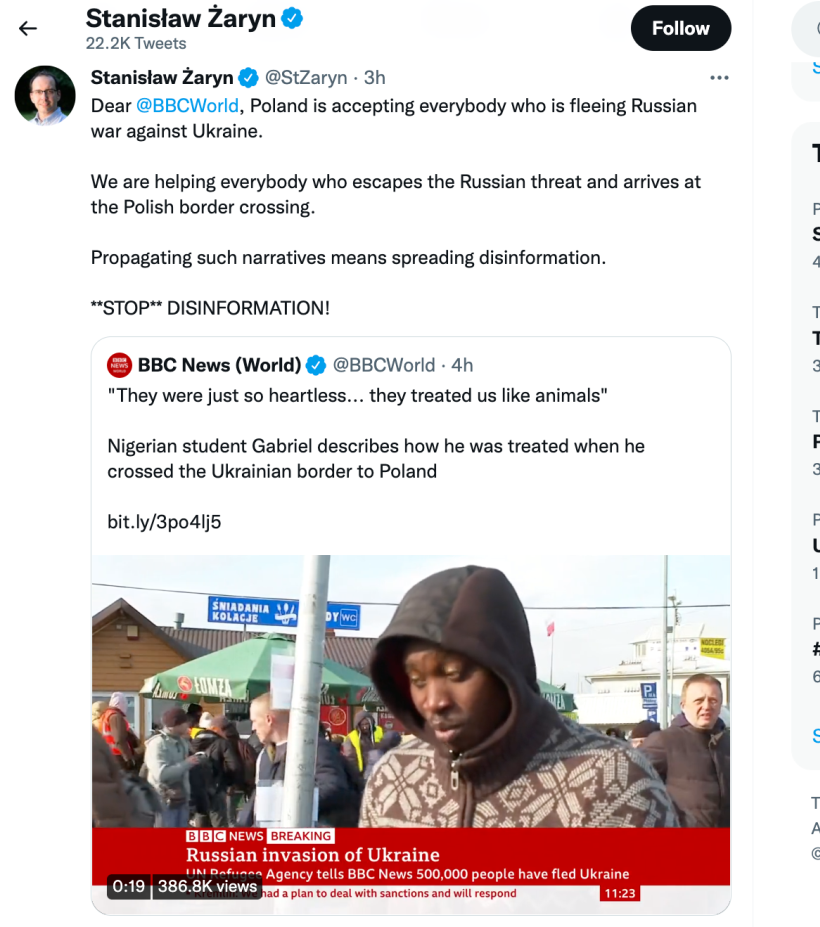 The BBC World video featured a comment from a Nigerian student describing how he was treated when he crossed the Ukrainian border to Poland. "They were just so heartless ... they treated us like animals," he said.

Poland accepts over 5.5 mln refugees since war in Ukraine started