The Yad Vashem Institute in Israel has apologised for presenting “distorted” historical facts during the Fifth World Holocaust Forum held recently in Jerusalem.

The institute admitted that a map shown as part of a video during the event contained “inaccuracies” and a “partial presentation of facts,” which “created an unbalanced impression”.

“The films do not relate to the division of Poland between Nazi Germany and the Soviet Union in 1939,” the institute wrote in a letter published by Haaretz on Monday.

“In addition, the maps show incorrect borders between Poland and its neighbours and erroneously identify concentration camps as exterminations camps,” wrote Professor Dan Michman, the Head of the International Institute for Holocaust Research at Yad Vashem. 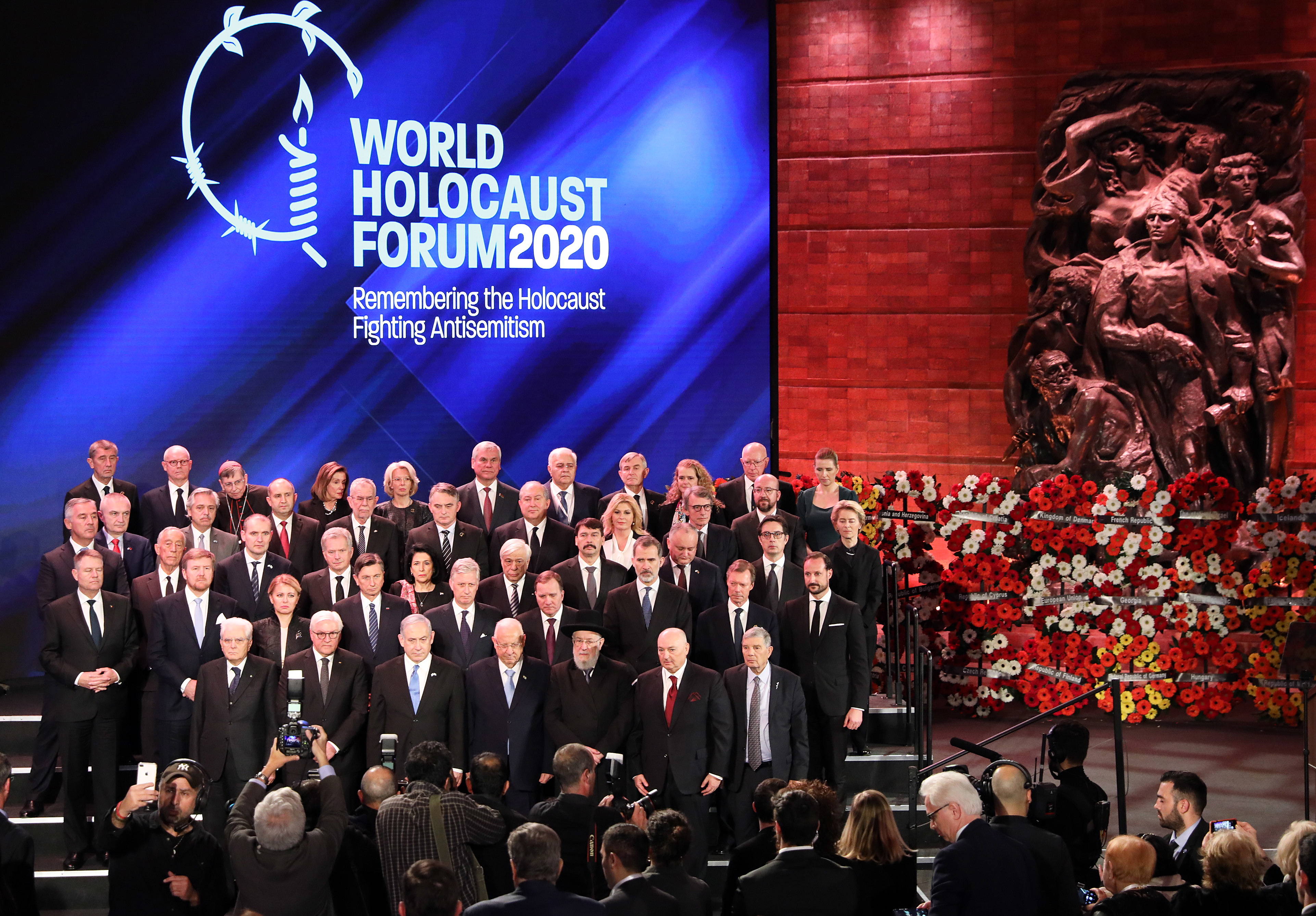 The map was shown to world leaders during the Holocaust Forum.Abir Sultan/PAP/EPA

"We apologise for this regrettable mistake. These films do not represent the perspective of Yad Vashem research," the institute wrote.

The map in question appeared during a film screened on January 23 at the Fifth World Holocaust Forum, which was held in Jerusalem to mark the 75th anniversary of the liberation of the Auschwitz concentration and extermination camp.

After US Vice President Mike Pence spoke and before French President Emmanuel Macron came to the lectern, the film containing a multitude of historical errors was played.

On the map, Poland was not presented within its borders before 1939, nor those after 1945, suggesting that Poland’s pre-war borders excluded Lviv and Vilnius. 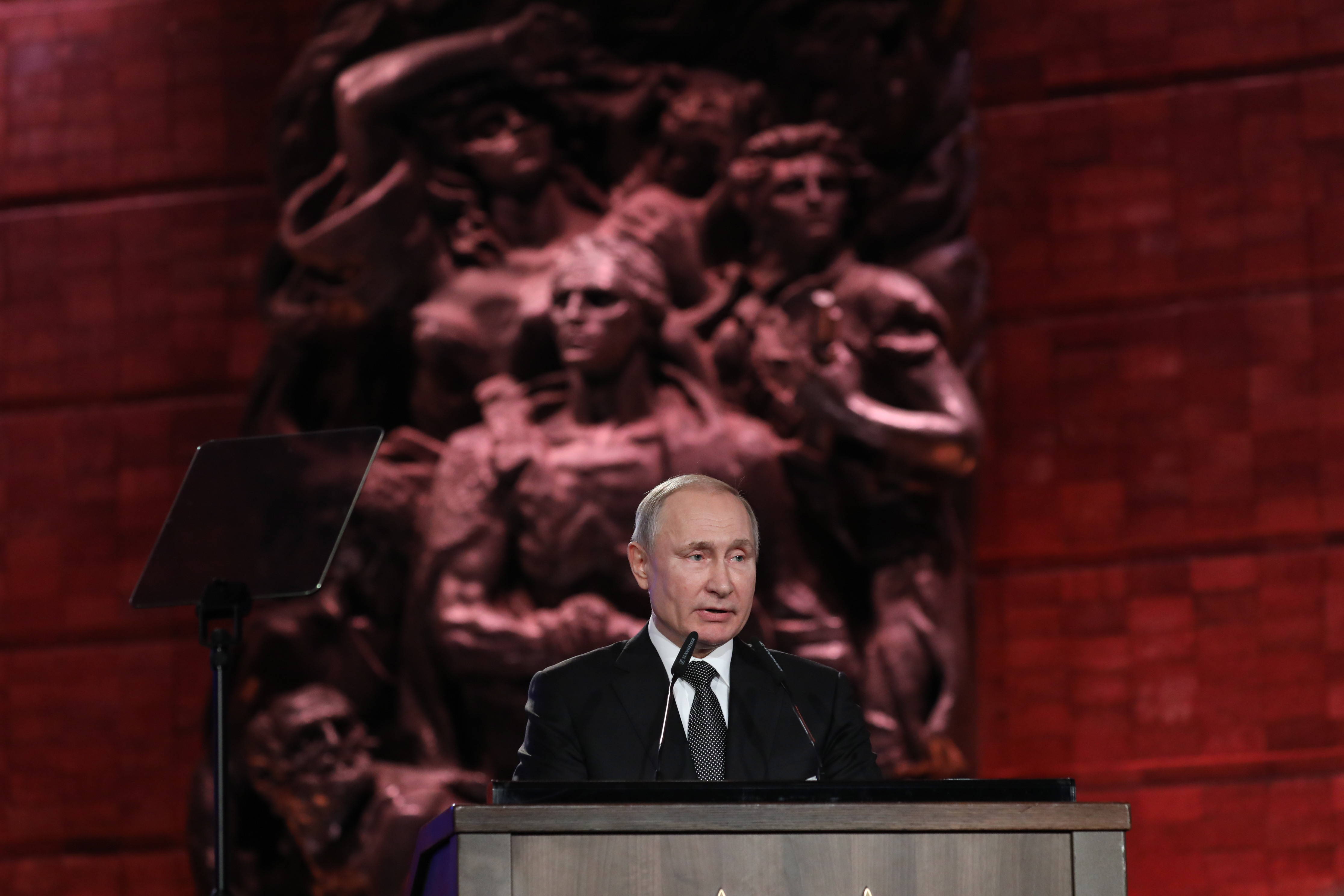 The newspaper Haaretz commented that the errors served the interests of Putin.Abir Sultan/PAP/EPA

The area of Belarus was shown as reaching as far south as the Carpathians, covering territory that was at the time the Ukrainian Soviet Socialist Republic and now the independent country of Ukraine, which World Holocaust Forum guest Vladimir Putin is at war with now.

The map is titled “Nazi Conquest 1942”, which suggests that the Germans only occupied Poland and other countries three years after the outbreak of World War II.

In a letter published in the Hebrew-language edition of Haaretz, Yad Vashem admitted to having given a stage to distorted historical facts about World War II and the Holocaust.

Haaretz commented that this serves “the political and diplomatic interests of Russian President Vladimir Putin, in contravention of its professional obligations, and its loyalty to history above all.” 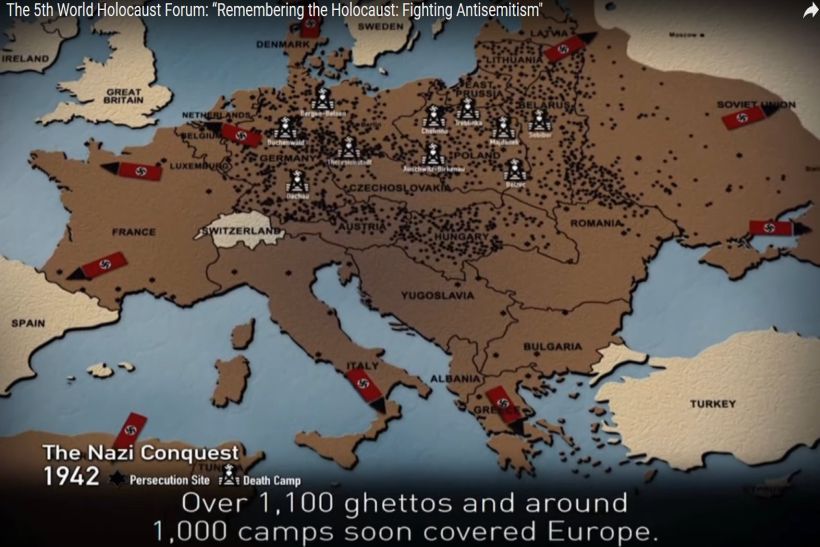 “We apologise for this regrettable mistake. These films do not represent the perspective of Yad Vashem research,” the institute wrote.Yad Vashem

However, these are not the only mistakes. On the map, the borders of Hungary, Romania and even Germany are incorrect. The film shows East Prussia as being conquered by the Third Reich; however, from 1933 to 1945 it was part of Nazi Germany.

The map also showed Czechoslovakia as being conquered by the Germans in 1942, even though the country was devoured by the Third Reich in 1938, creating the Protectorate of Bohemia and the German-supporting puppet state of Slovakia under the Roman Catholic priest Jozef Tiso.

Hungary and Romania are also shown as being swept up in Hitler’s invasion of the Soviet Union, although as allies of the Third Reich they invaded the Soviet Union alongside Germany.