Wrocław station surroundings to get spruced up following competition

The area around Wrocław railway station is set to get a facelift to make it a more welcoming place for local travellers and visitors alike.

The new design for the area along Malachowskiego Street, east of the Wrocław Główny station, was chosen in the Akupunktura Miasta (Acupuncture of the City) competition organised by the Wrocław branch of the Association of Polish Architects (SARP).

The 26 entries were assessed by a jury made up of the municipal heritage conservator, the city of Wrocław’s architect and SARP representatives, among others.

First prize went to the design by Aleksander Czerwonka-Jabłoński, Marta Dąbrowska and Anna Okoń from Wrocław.

“Post-railway areas constitute the unique character of the city not only because of the huge historical or locational load, but mainly because of the special potential for enriching the urban tissue with new layers of human activity, unique in its scale,” they write in their proposal. 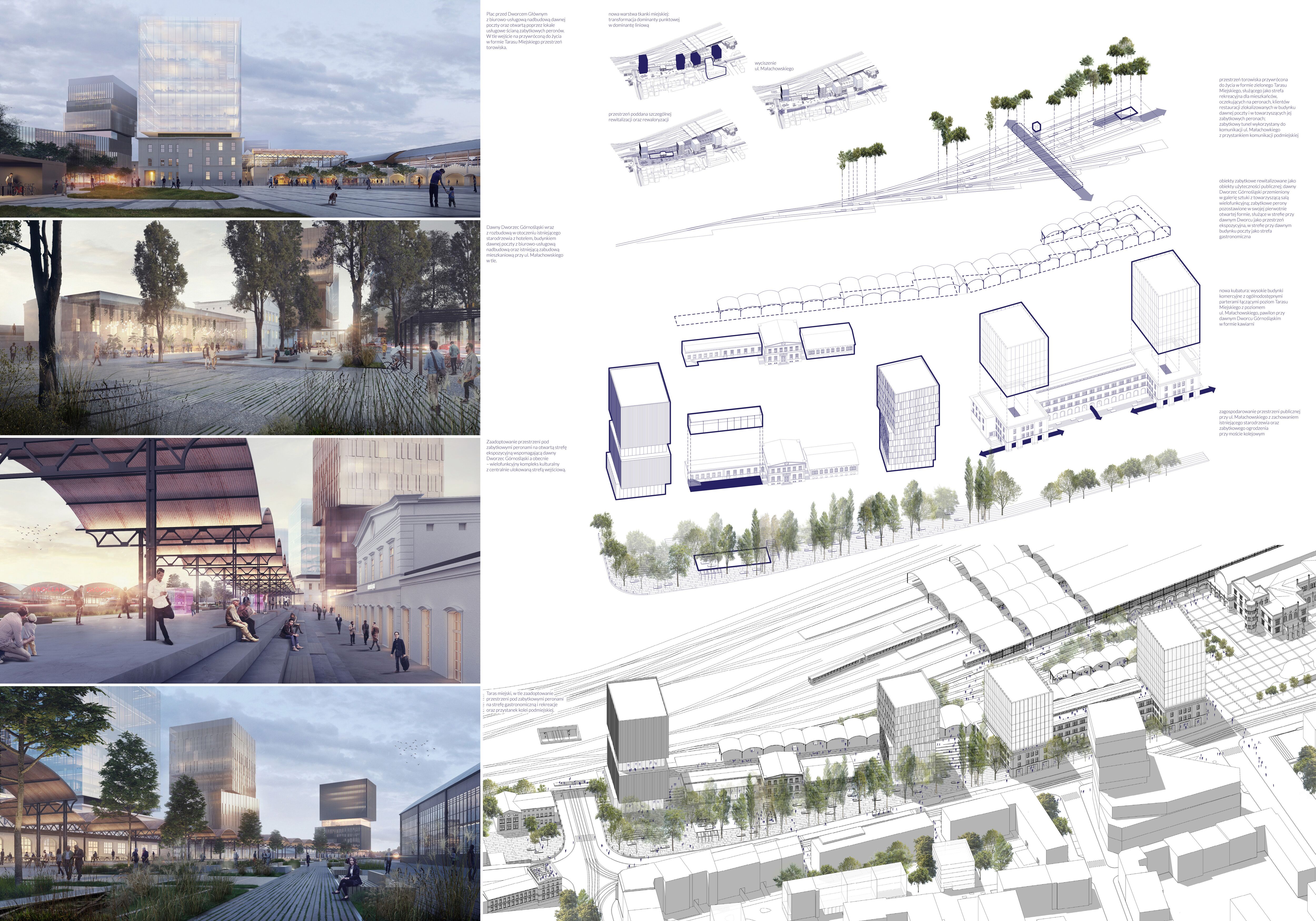 The winning design was chosen from 26 entries.SARP

To bring the area back to life, their design prepares the area for a range of functions, primarily public ones. This includes “adaptive re-use” of historical buildings, such as the former post office, prioritising pedestrians and cyclists, and adding functional green spaces.

The project also has a social dimension, in the form of new open spaces and new jobs in post-industrial spaces that have been adapted for commercial use, they add.

Announcing the competition results on its website, SARP’s Wrocław branch noted that the winning design “clearly respects the layout of the existing historical buildings, however, introducing a different typology of intervention”.

“The work uses the potential of shaping the metropolitan character for the area by introducing new cubic objects – a linear dominant – although its proportions and profiles should be the subject of further spatial analysis,” it added.

Second and third prize went to duos from Zgorzelec and Gdańsk. Two other entries were distinguished and also received cash prizes.

The project is expected to be carried out in 2021. Elements of all the prize-winning and distinguished entries could be used in further planning work, SARP noted.