A Wrocław firm has created an innovative robotic arm powered by synthetic muscles based on water, giving it a full range of motion and the ability to lift heavy weights.

The brainchild of ‘Automaton Robotics’, a video of the arm at work shows it being able to lift a 7kg dumb-bell and acting like a real human arm, wiggling its fingers and clasping the weight. 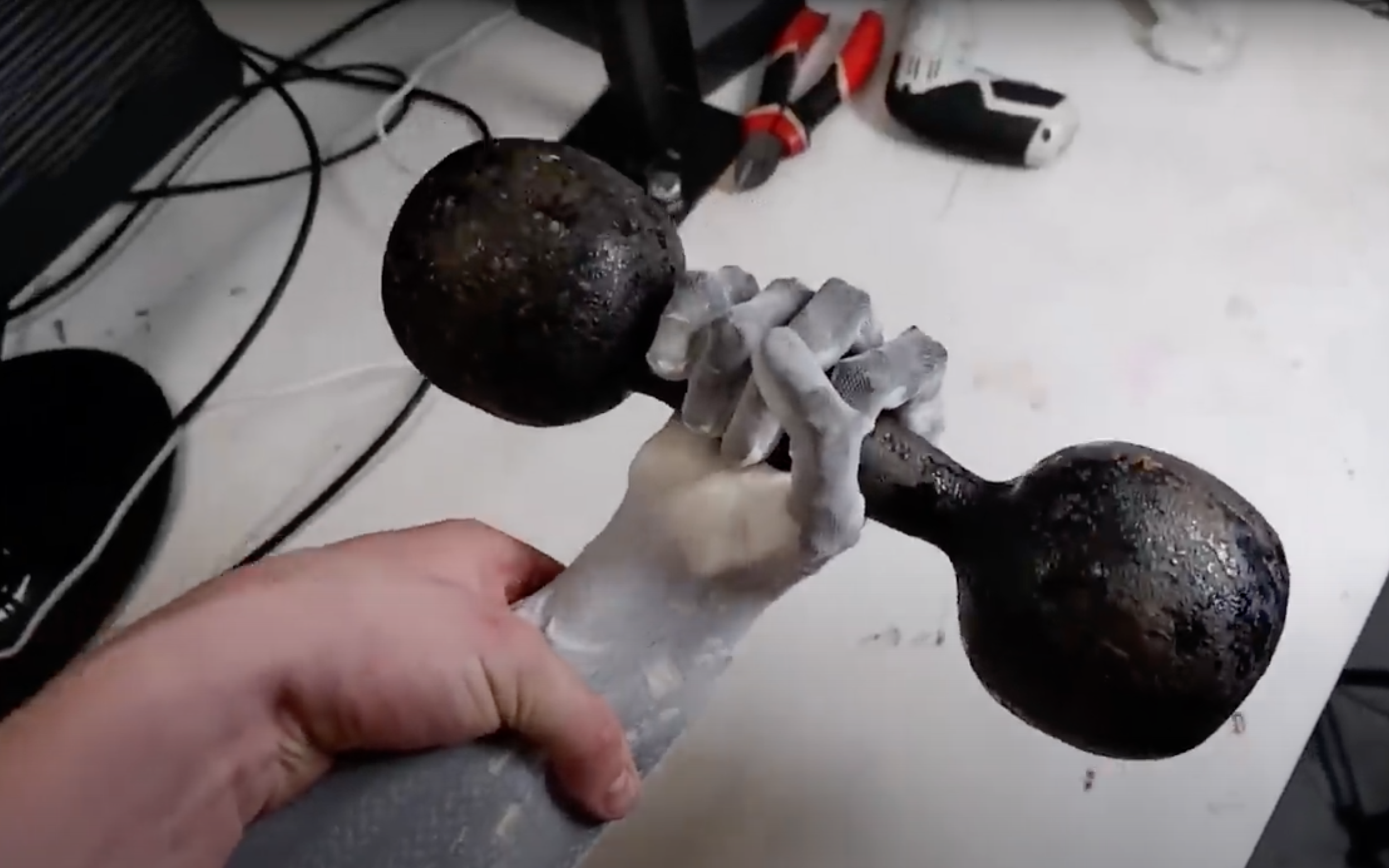 A video of the arm at work shows it being able to lift a 7kg dumb-bell and acting like a real human arm, wiggling its fingers and clasping the weight.Clone Automation Robotics

The arm is the company’s first prototype and despite already acting like a real human arm, contains only half of the muscles of a real arm and is still missing the strongest muscle, responsible for the bending of the fingers.

The arm also has orientation sensors on every joint, which still need to be fully adapted for use.

Founded by Łukasz Koźlik the aim of the company is to create the world’s most advanced full scale humanoid robot, dubbed ‘Golem’, based on artificial muscles, which will be capable of carrying out chores like tidying up and cleaning.

The technology used by Koźlik to create the artificial muscles is based on technology presented by Joseph McKibben in his Air Muscles prototype in 1957, in which muscles contract when air pressure is applied. 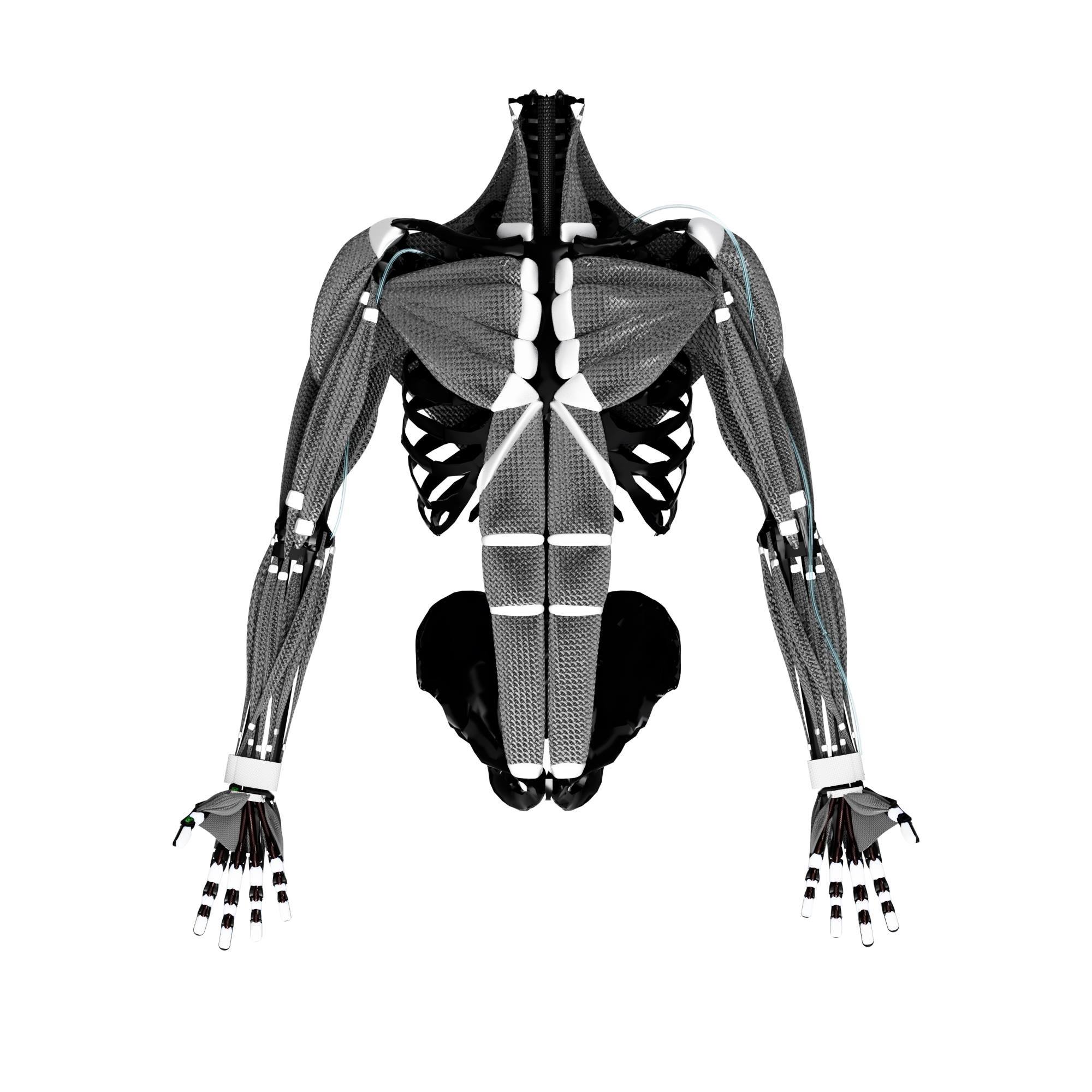 To make the arm authentic and to create a robot with human-like movements, Koźlik studied human anatomy. Clone Automation Robotics

However Koźlik has adapted this to base the muscle’s movement on water instead.

Koźlik began building the robot seven years ago in 2014 with the first prototype being based on a simple wooden construction made from wooden panels, strings and hinges.

But he quickly realised that using strings to control movement wasn’t enough as it didn’t produce authentic movements, leading Koźlik to understand that if he wanted to create a robot with human-like movements, he needed to take a closer look at human anatomy. 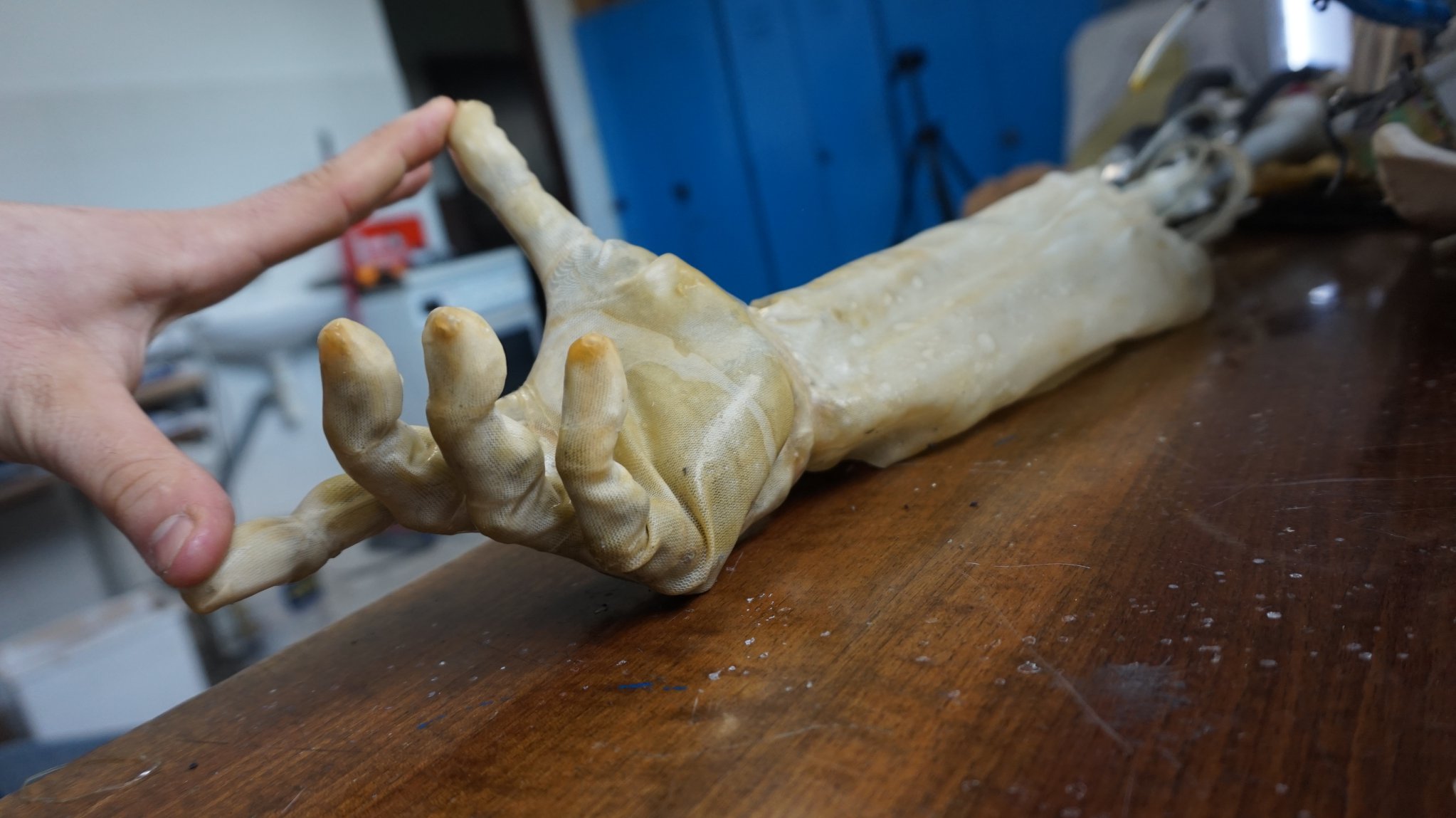 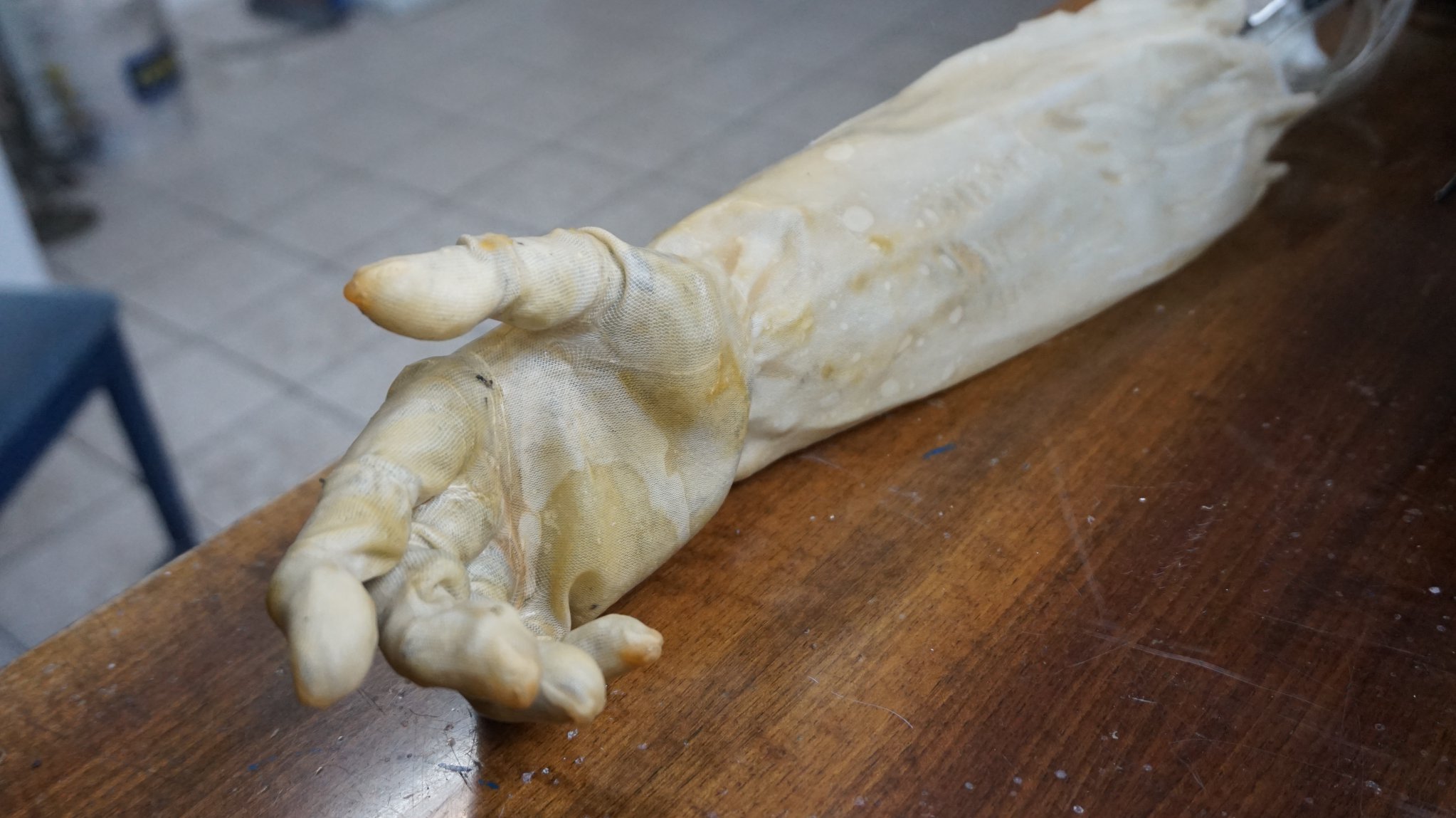 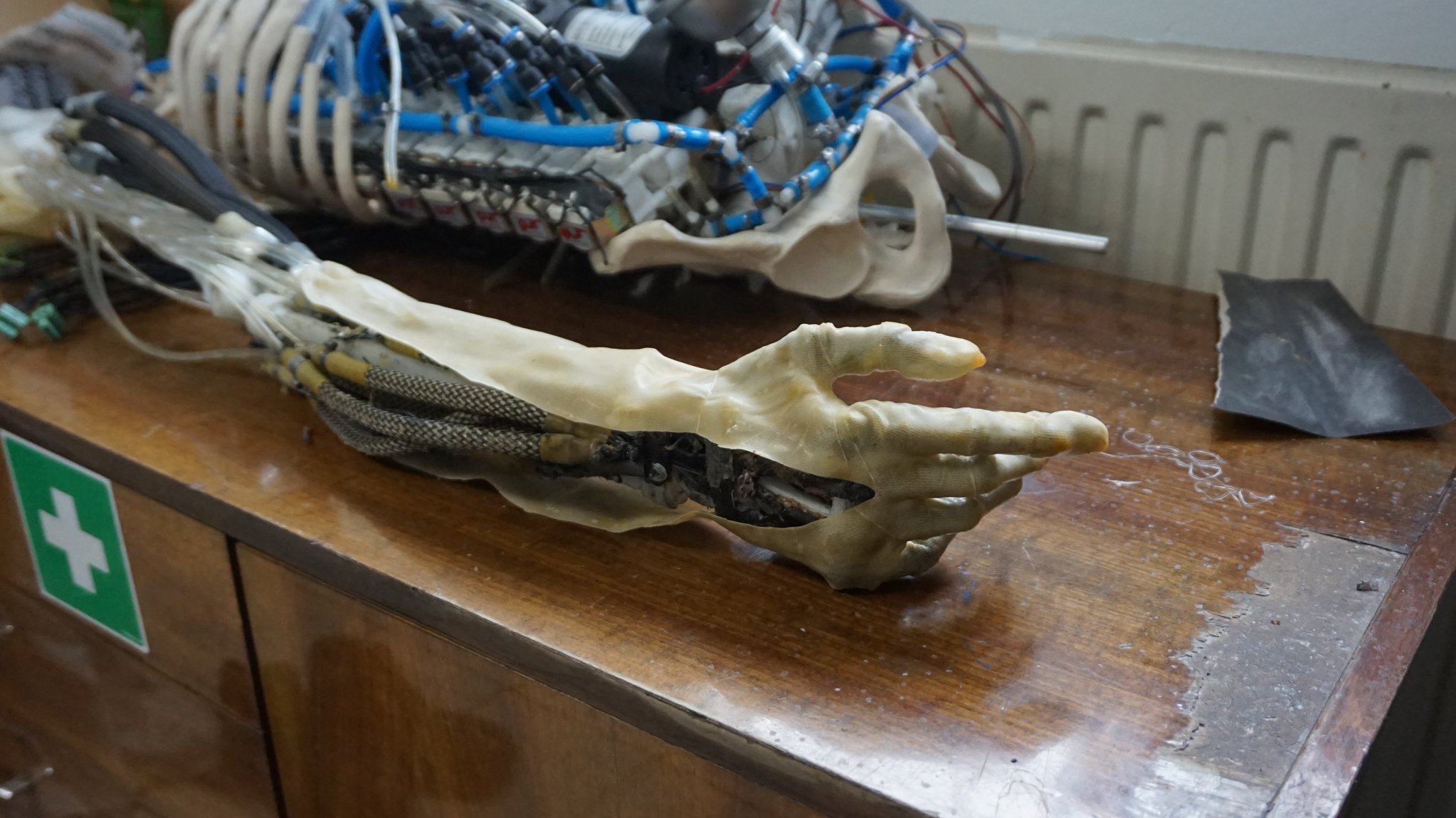 What followed were trips to the dissecting room at the medical university, where Kozlik observed in detail the network of muscles, bones, tendons and fat involved in human movement.

Inviting his friend Julisz Tarnowski to join him in the initial phases of creating the robot’s arm, the pair used a 3D printer to print the bones, but faced a problem in finding electric valves small enough to change electric signals to hydraulic ones.

Unable to find valves small enough on the market, Kozlik had to make them himself, a process that took him two years. 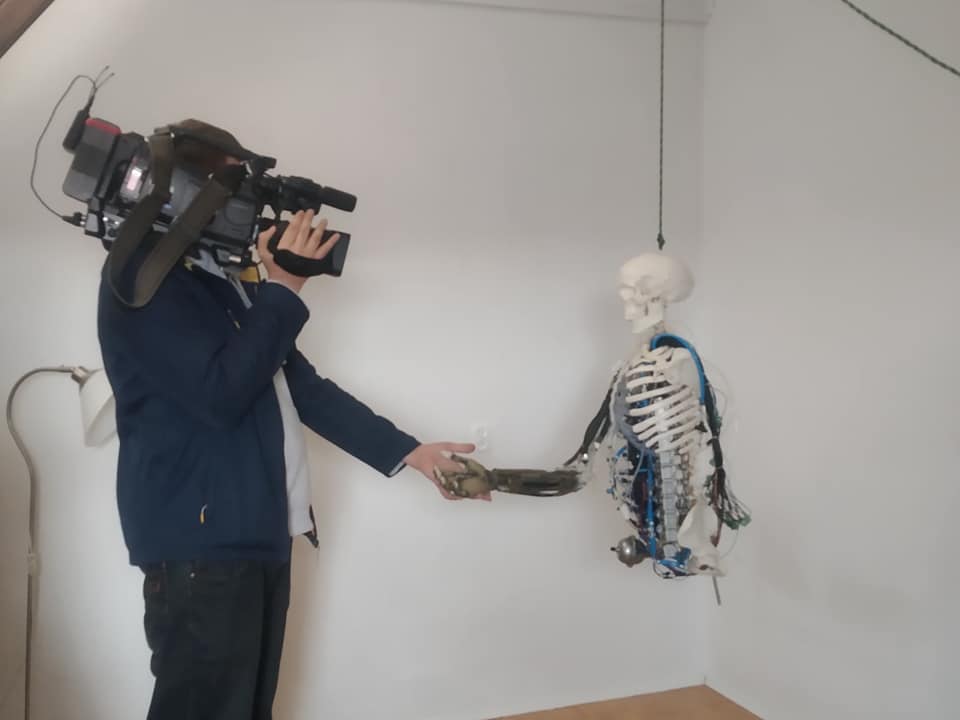 Co-creator Julisz Tarnowski said: “The arm is the hardest mechanism in the human body and requires the most precision.”Clone Automation Robotics

Julisz Tarnowski told Robotyka.pl: “There is some competition on the market, but none of the designs try to reconstruct the movement of a human hand.

“There are some works whose aims are similar, but they are only experiments. At the moment we are setting up a company in the USA and we would like to sell our arms to scientists dealing with the training of algorithms used in artificial intelligence.”

He added: “The finished robot will have to have a rucksack and in it there will be a container for water and a pump.

To create the artificial muscles, Koźlik adapted technology from 1957 in which muscles contract when air pressure is applied to base the muscle’s movement on water instead.Clone Automation Robotics

“With such a rucksack, we will be able to include everything that the robot needs.

“But for now we are concentrating on the arm and I think that in the next year we won’t extend our work beyond that topic.

“We want to make it work to perfection. The arm is the hardest mechanism in the human body and requires the most precision and we will definitely encounter more problems which we don’t know about yet.”