Three of the world’s rarest and best preserved examples of amber containing fauna from 40 million years ago, including a newly discovered species of a Geko and flying insect have been unveiled at the Museum of Gdańsk.

The three pieces are known as ‘inclusions’ due to the fossilised animal life encased in the translucent amber tree resin. 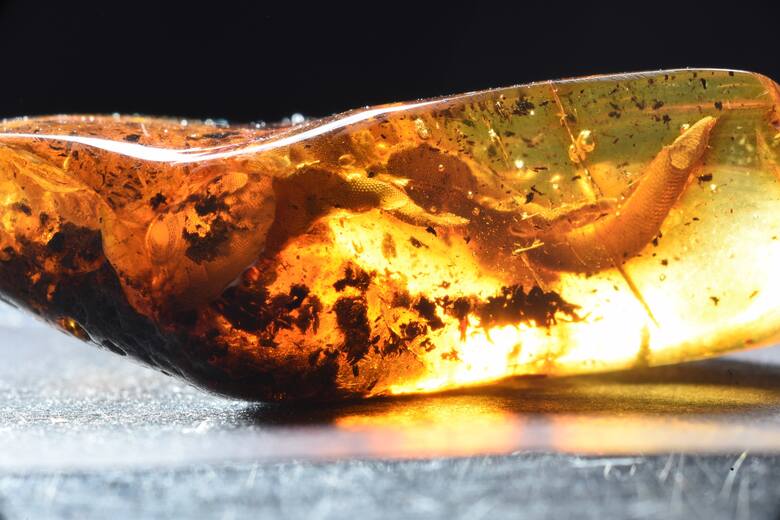 The world’s first ‘complete’ Geko measures 2cm in length and shows a complete body and all four legs, with only the tip of the tail missing.Gdańsk Museum/M. Szczerek

One shows the first ever example of an adult Praying Mantis to be found in Baltic amber and represents a hitherto unknown species.

With triangular heads and bulging eyes supported on flexible necks, Mantises were thought to have supernatural powers by early civilizations. 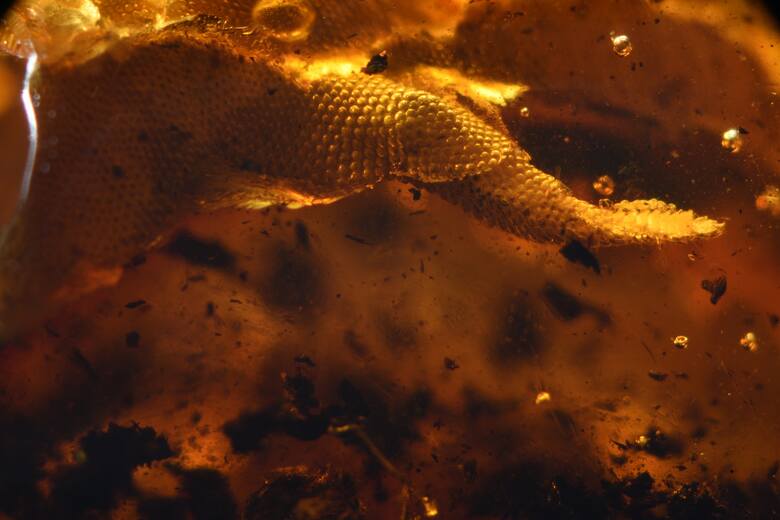 Because the fossilised Geko is a species never seen before, the director of the Museum of Gdańsk officially named it the Gdańsk Geko.Gdańsk Museum/M. Szczerek

Another reveals the world’s second example of a Geko encased in Baltic amber, but the world’s first to be so complete, measuring 2cm in length and showing a complete body and all four legs, with only the tip of the tail missing.

The only other one of its kind, and less complete, can be found in the German Amber Museum in Ribnitz-Damgarten. 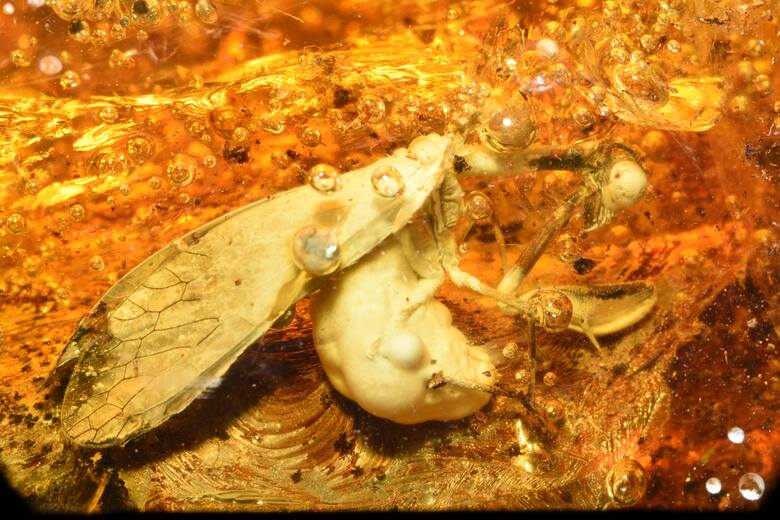 The fossilised Geko is also of a species never seen before, and on the initiative of the director of the Museum of Gdańsk, has been officially named the Gdańsk Geko.

The third inclusion is a spider from the mygalomorphae family of spiders and at 4cm, represents the world’s largest inclusion of this species found in Baltic amber in any museum anywhere in the world. 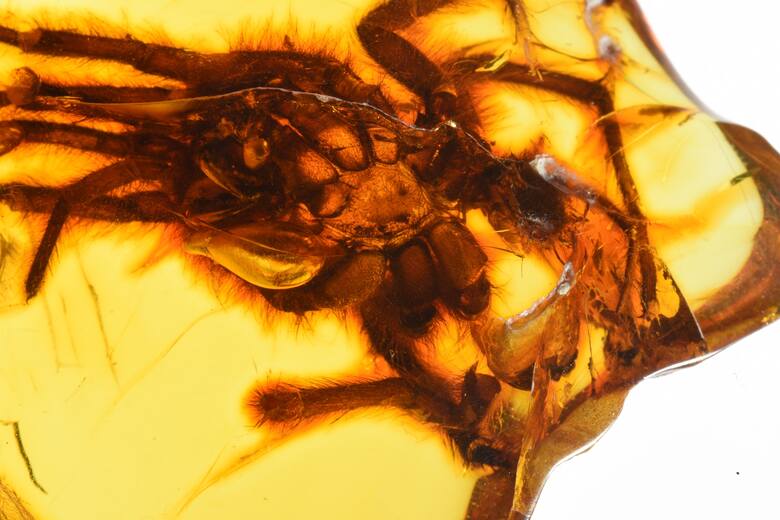 The 4cm mygalomorphae spider is the world’s largest inclusion of this species found in Baltic amber in any museum anywhere in the world.Gdańsk Museum/M. Szczerek

Speaking at the unveiling, Waldemar Ossowski, director of the Museum of Gdańsk said: “The most valuable items of amber should be found in Gdańsk, the World Capital of Amber.

“With this idea, the new Museum of Amber will have unique exhibits, which cannot be boasted by any museum in the world.” 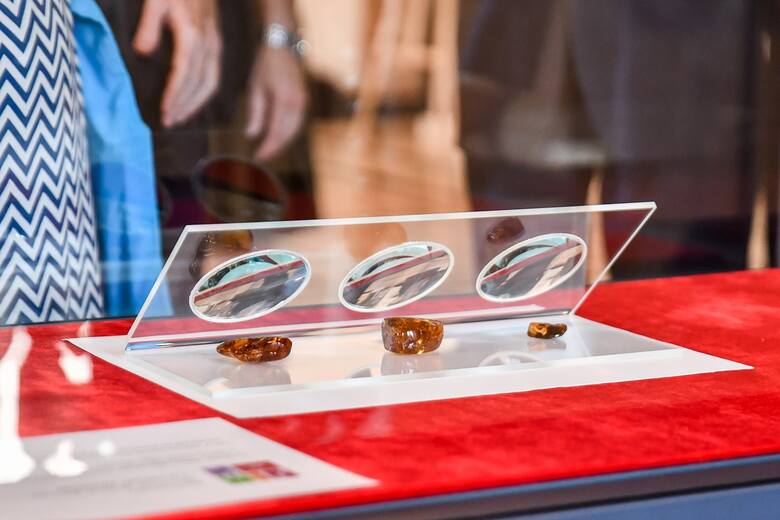 The rare pieces will now form part of a permanent exhibit at the new multimedia Museum of Amber, which is set to reopen on the 24th of July at the Great Mill in Gdańsk after a renovation and change of location.

The Museum of Gdańsk bought the pieces for 160 000 PLN from Jonas Damzen, a well-known Lithuanian collector of amber with the purchase 80 percent financed by the National Institute for Museums and Public Collections.