World War WHO?!? PM hits back at Putin’s lie that Poland started WWII

PM Mateusz Morawiecki has taken Russian president Vladimir Putin to task over his claims that Poland was to blame for starting WWII.

Putin said that it was the Munich agreement of 1938, and not the Molotov-Ribbentrop Pact signed between Germany and the Soviet Union on August 23rd 1939, that caused the war.

Posting on Facebook with a symbolic still from the film Invincible, Morawiecki lashed out the Russian president accusing him of rewriting history.Mateusz Morawiecki/Facebook

Putin also repeated Stalinist propaganda claiming that the Red Army did not fight against the Poles in 1939 and did not seize any Polish territory.

Posting on Facebook with a symbolic still from the film Invincible, Morawiecki lashed out at the Russian president accusing him of rewriting history.

Stalin and Ribbentrop shake hands after the signing of the Treaty of Non-Aggression between Germany and the Union of Soviet Socialist Republics pact on August 23, 1939, in which the two countries agreed to carve up Poland. Bundesarchiv, Bild 183-H27337 / CC-BY-SA 3.0

In an escalating war of words, the Polish PM wrote: “When some want to trample the memory of [WW2] in the name of their political goals, Poland must stand up for the truth.

"Not for its own interest, but for the sake of what Europe means.

"Attempts made since 1980 to rehabilitate this character (Joseph Stalin) for the political purposes of today's President of Russia must arouse strong opposition from anyone who has at least a basic knowledge of the history of the 20th century.

“President Putin has many times lied about Poland. He has always done it consciously. 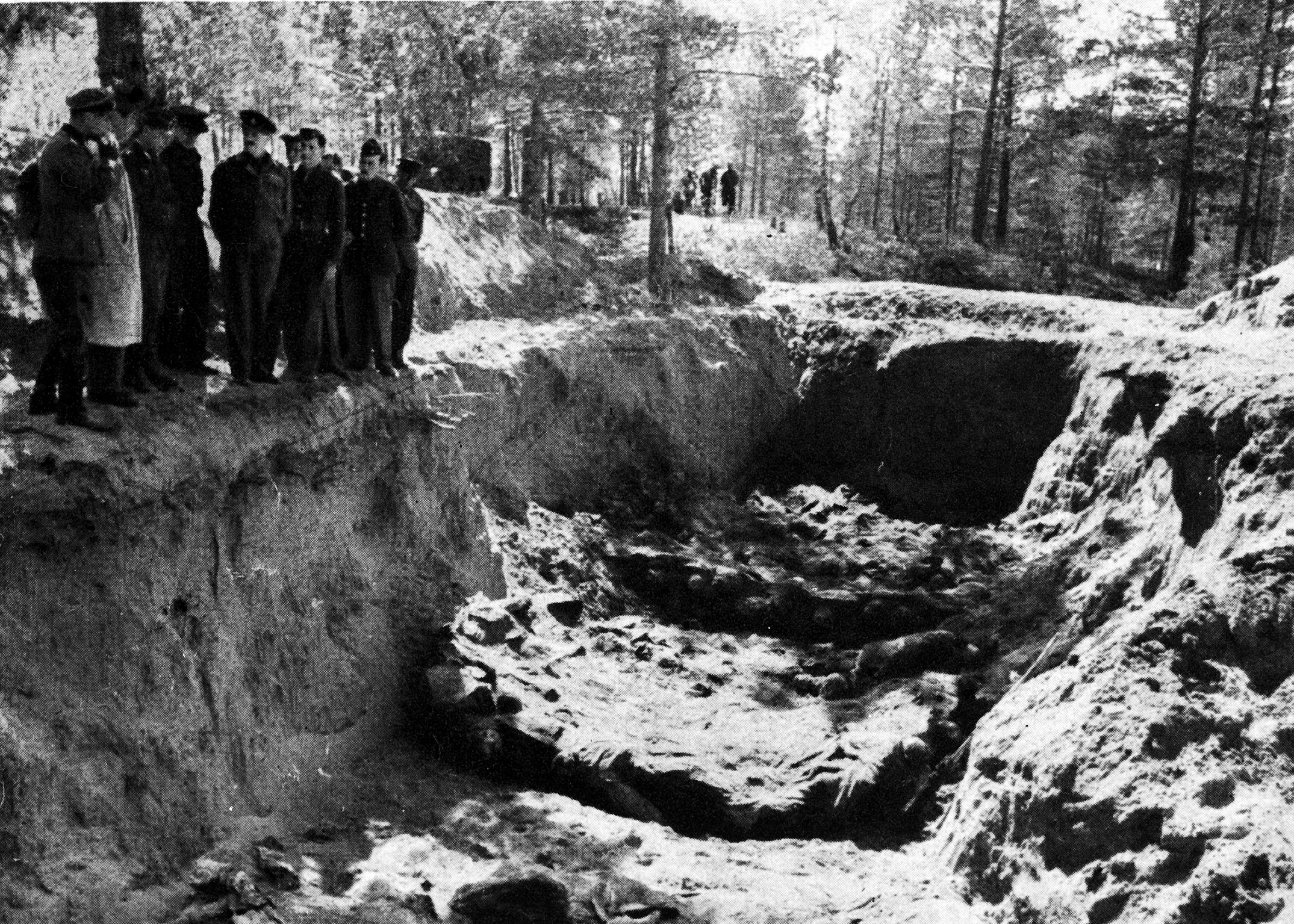 From the outset of the invasion, the Soviets were guilty of numerous vile actions.  Notoriously, approximately 22,000 Polish officers and intelligentsia captured in the September Campaign were later executed in Katyń Forest the following Spring, the massacre coming to light when the mass graves were discovered by German forces. PAP

“This usually takes place when authorities in Moscow feel international pressure related to their actions.”

He continued: “And this pressure is happening not on the historical, but on a contemporary geopolitical scene. 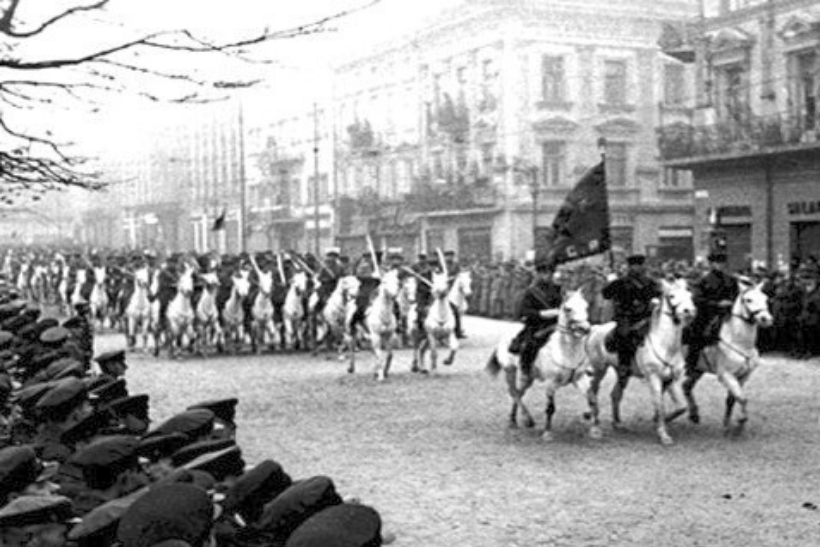 Following the capture of the then-Polish city of Lwów (now Lviv in Ukranie), the Soviets held a victory parade.Public domain

“In recent weeks, Russia has suffered several major failures: attempts to completely subordinate Belarus resulted in failure, the European Union has once again extended the sanctions imposed for the unlawful annexation of Crimea, and talks in the so-called "Norman format" not only failed to lift those sanctions, but in at the same time, there were further restrictions - this time American - which significantly impede the implementation of the Nord Stream 2 project.

“At the same time, Russian athletes have just been suspended for four years for doping. 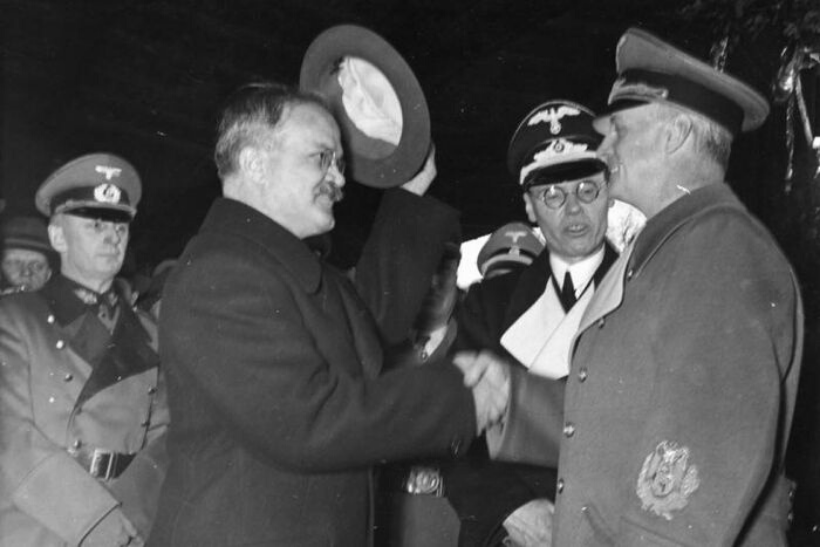 “I treat the words of the president (about Poland) as an attempt to hide these problems.

"His accusations have nothing to do with reality." 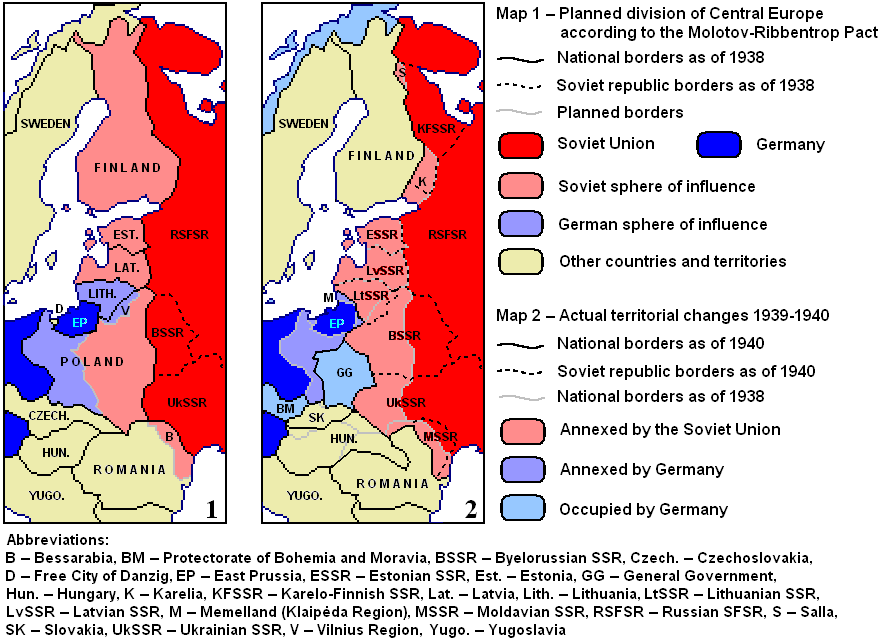 After Germany invaded Poland on 1 September 1939, Soviet leader Joseph Stalin ordered the Soviet invasion of Poland on 17 September. After the invasion, the new border between the two powers was confirmed by the supplementary protocol of the German–Soviet Frontier Treaty.Public domain

On Friday the paper wrote: ”It is true that the Polish army took Zaolzie after the Munich conference (...), but the attempt to make Poland the culprit - in view of the size of the crimes of Hitler and Stalin - is obscene and indecent.”

According to Putin, Poland used the Muncih agreement to seize the Czech area of Zaolzie. But the paper added that the reason for Putin's attacks is the European Parliament’s resolution of 19 September this year which criticized the Russian authorities for relativizing the Molotov-Ribbentrop Pact. 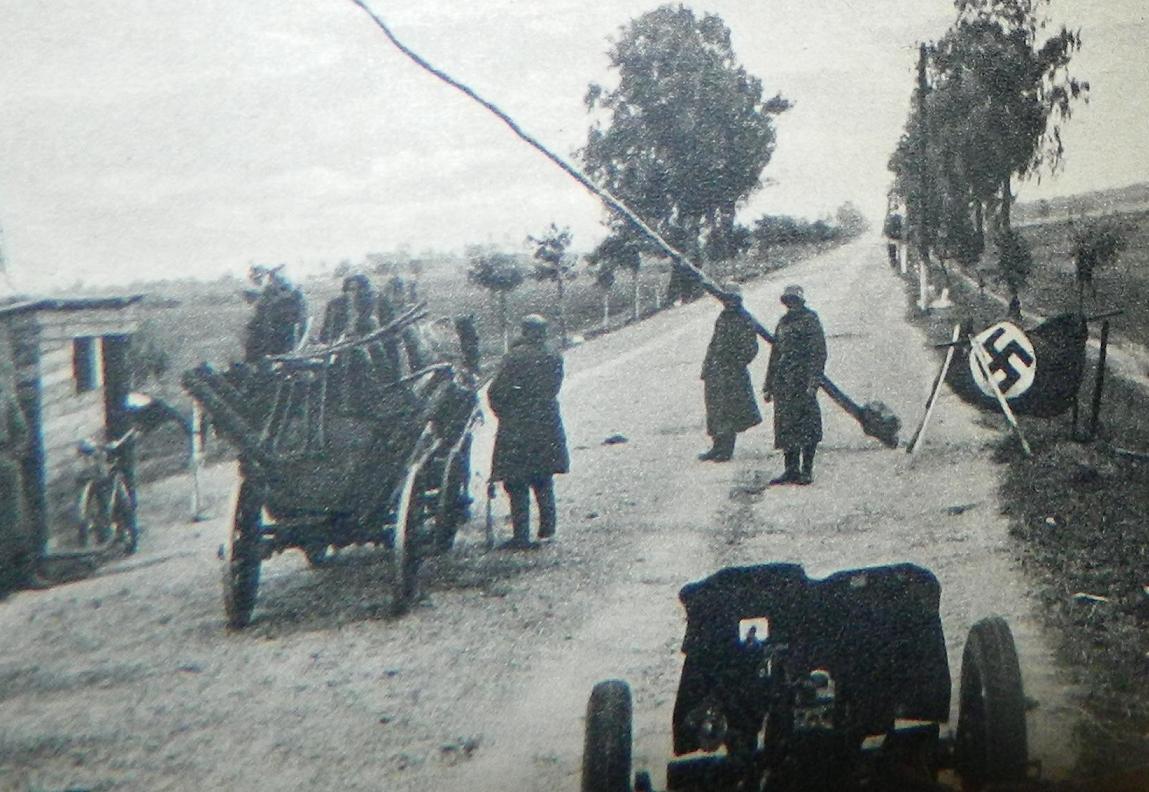 The new border between Nazi Germany and Soviet Union from September 1939 to June 1941, somewhere in the occupied territory of Poland.Public domain

After adopting the resolution, a spokeswoman for the Russian Ministry of Foreign Affairs accused the European Parliament of "gross falsification of history" and complained about the equalization of Nazi Germany and the Soviet Union.

In addition to his bizarre claims that the reason for WWII was not the Molotov-Ribbentrop Pact, but the Munich Pact of 1938, he also argued that in September 1939 the Red Army in Brest did not fight with the Poles, and in this context "the Soviet Union did not really receive anything from Poland". 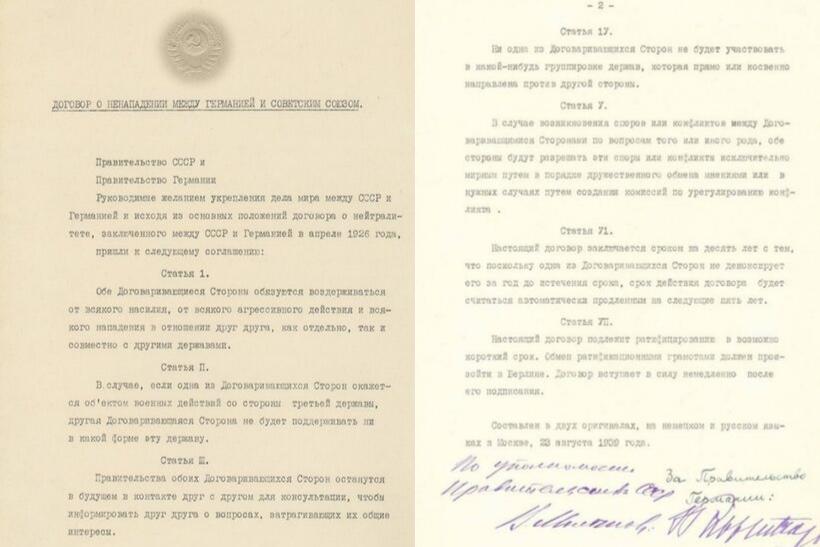 Non-aggression pact between the USSR and Germany. August 23, 1939 Soviet original in Russian.http://historyfoundation.ru/2019/05/31/pakt

Putin also made charges against the pre-war Polish ambassador in Germany, Józef Lipski, who - according to the Russian president - promised to erect a monument in Warsaw for Hitler if he would send Polish Jews to extermination in Africa.

Number of confirmed coronavirus cases in Poland rises to 5,205

Polish PM says his thoughts are with the British people