Woodge you imagine? TFN explore Łódź, the town that came back from the brink to become the “City of Now”

So the phrase goes, mud sticks. But one Polish city has defied both logic and the critics to emerge from the socio-economic wreckage that defined much of its recent history to become one of Europe’s favourite cult secrets – welcome to Łódź.

Once the most vilified city in Poland, the turn of the millennium saw its post-communist industrial collapse compounded by a plague of lurid headlines: a “cash for corpses” scandal affecting the health service; a “bodies in a barrel” murder investigation; and mafia rackets seeping through all levels of society.

If there was bad news in Poland, it’d usually be a no-brainer that Łódź was involved.

Even as recently as 2013, the city fell foul of the notorious British tabloid, The Sun. 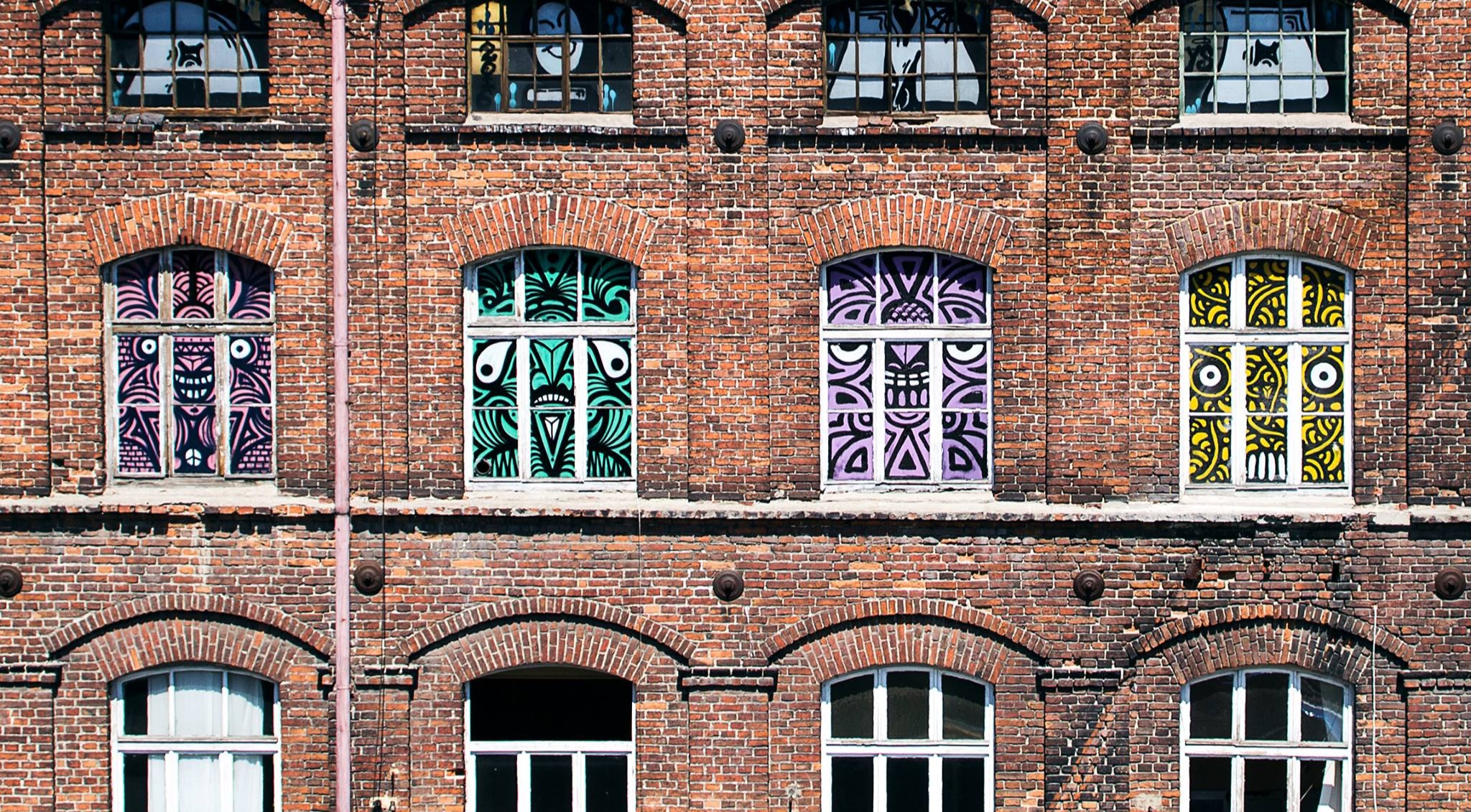 Łódź has embraced its industrial past, with many old buildings restored.Piotrkowska/Facebook

“The Polish city that moved to Britain,” leered their headline, before painting a picture of grim, grisly town of “derelict buildings and boarded-up businesses.” The poor and elderly, it added, still stood in line for basics like bread.

Remarkably, the same paper performed a deft U-turn earlier in March when it hailed Łódź as offering “everything you could want from a city break.” At a stroke, the city’s rehabilitation finally felt complete.

To most, though, the overdue piece underlined what many knew already: namely, that here sat a city that was seriously something special.

This you feel immediately at Off Piotrkowska, a decrepit factory complex revived in 2011 as a centre of experimental food concepts and colourful bohemia. Eight years on, it’s lost none of this edge – amid an international babble and swirl of sounds, it’s to here people flock for a wild taste of weird. 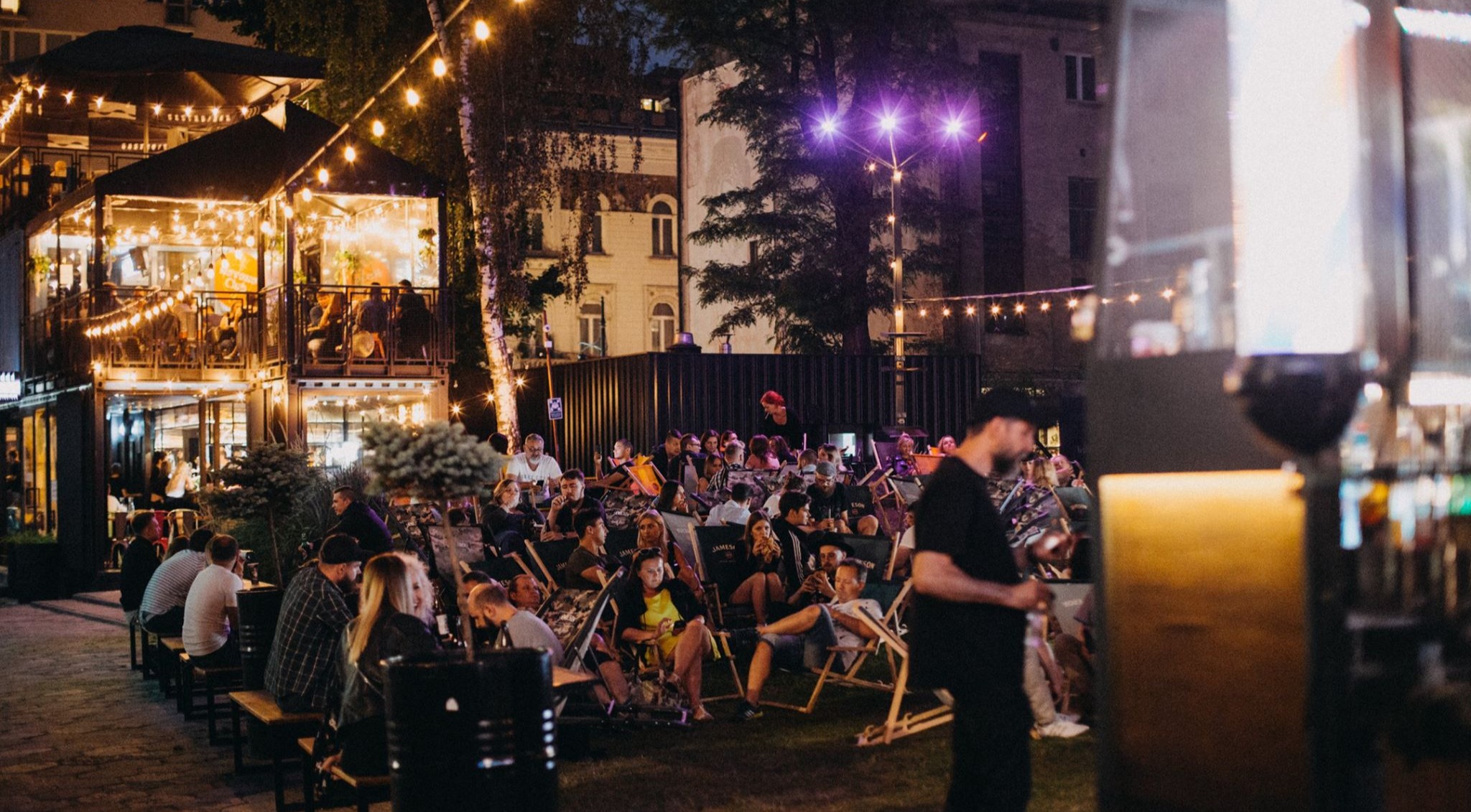 Once a decrepit factory complex Off Piotrkowska is now a centre of experimental food concepts and colourful bohemia.Brush Barber Shop/Facebook

Now in-filled with quirky cafes, hip restaurants and upcoming local fashion brands, all life gathers to tag themselves in spots such as Brush – a barber shop by day, and a thrilling cocktail den at night serving seasonal drinks in light bulbs and plant pots. A microcosm of modern-day Łódź, it’s a fine example of the kind of creativity that now courses through the city.

Even so, any discussion of the town’s “second life” can’t overlook the Manufaktura effect.

Opened in 2006 on the site of a 19th-century cotton mill, what had been an abandoned brick husk has become the new heart of Łódź. So much more than just an immense shopping extravaganza, it’s a world-class development featuring dancing fountains and an overhead zip line, as well as an artificial beach space fringed by gently waving palms. Again, you are moved to pause in your tracks and double-check that you’re in Łódź.

A reminder that, yes, indeed you are, comes in the onsite Museum of the Factory, an engaging upstairs nook that regales the story of the town’s industrial heritage. Yet this is but the beginning. A stone’s throw away sits the Museum of Łódź, a stellar cultural escapade located within the Neo-Baroque palace built by the local ‘King of Cotton’, Izrael Poznański.

The city has become known for the off-beat and the quirky.Piotrkowska/Facebook

It says much, however, for the self-contained world of Manufaktura that these are not the highlight. For that, refer to MS2, a modern art gallery that’s almost bewildering in its scope. Were it in Berlin, you get the idea that it would be known internationally.

This, though, is one of the unique draws of Łódź. With some careful unwrapping it unravels to reveal a magnum of sights: a futuristic planetarium dubbed by National Geographic as one of the New Wonders of Poland; a vast and ethereal Jewish Cemetery containing the largest Jewish mausoleum in the world (there lies that man again, Izrael Poznański); and a Museum of Textiles that charts the evolution of fabric.

Disguised by its deceptively dull name, this feast of fashion is a must for your Instagram: having watched the machinery in its full, deafening action, wander amid clothing props that range from classic Hepburn-style dresses to polyester tracksuits the colour of a migraine.

Born as a direct result of the Industrial Revolution, and commonly nicknamed “The Manchester of Poland”, the city’s storyline is evident in its architecture. 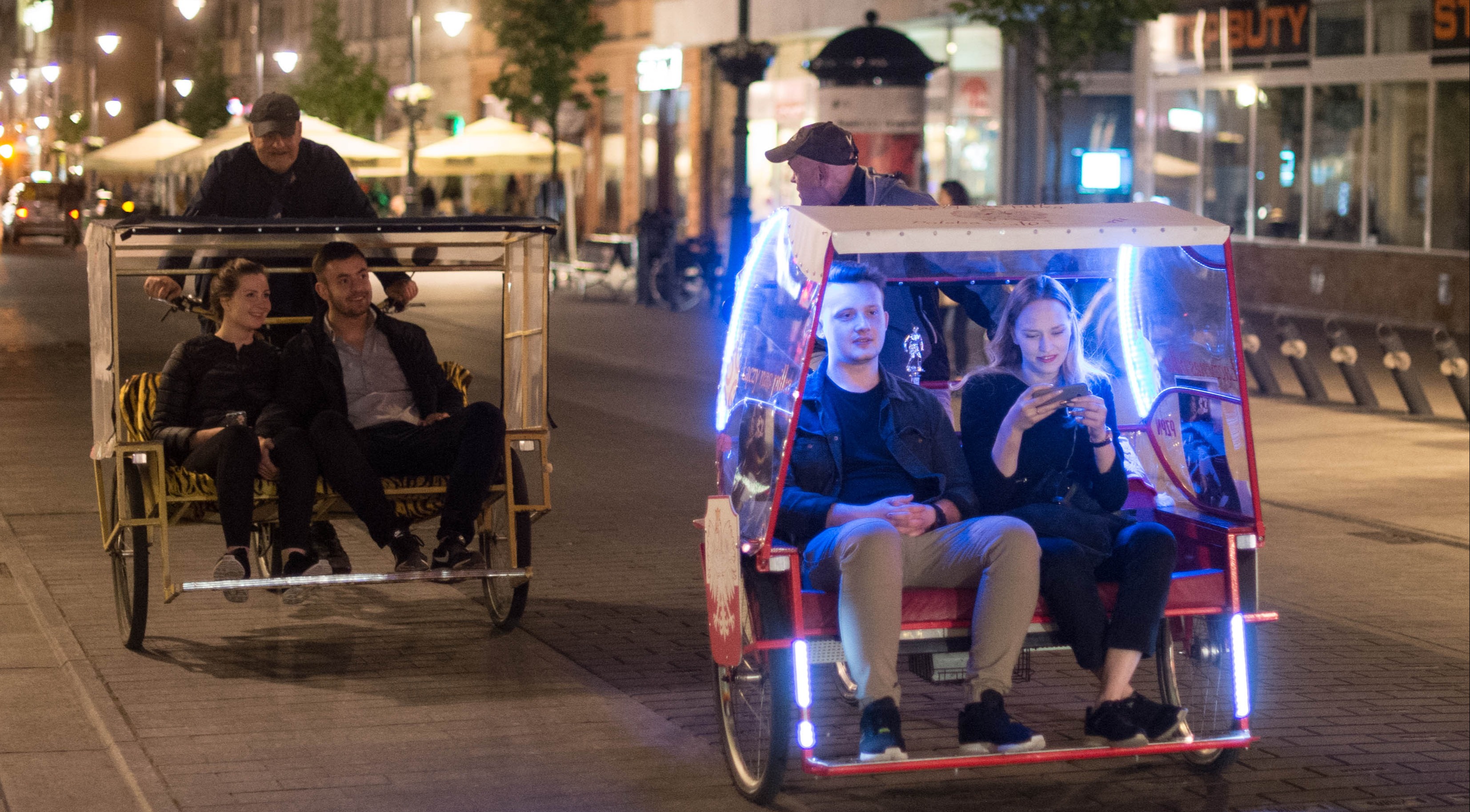 One way to get around Łódź.TFN

Factories, their chimney stacks blackened and their brickwork dented, are numerous, but so too are the palaces of the oligarchs and magnates that once bossed the city. Their residences – a tribute to pride and pomp – stand in contrast to the everyman tenements that housed the blue-collar workers that came from far and wide.

Regeneration has not hit every corner, not by any means, and that’s especially true in areas like Bałuty – it was here that the Nazis established the second-largest Jewish Ghetto in occupied Europe, and the ghosts of the past still echo in the courtyards of this often dishevelled district.

But even so, these once dank peripheries have benefited from an outbreak of art that’s lifted the city into the conscience of the world. The glum, empty walls of this once defeated city proved to be the perfect canvas for large format wall art, and for over a decade some of the planet’s top street artists have given it a boost with their inspiring creations.

Mostly painted during the annual Urban Forms Festival, the resulting “muralosis” has gifted Łódź over 80 XXL murals authored by the world’s brightest talents. Lending a positive identity to a place that was struggling in the post-communist, capitalist reality, they have become a dramatic, high-viz calling card for this city on the up. 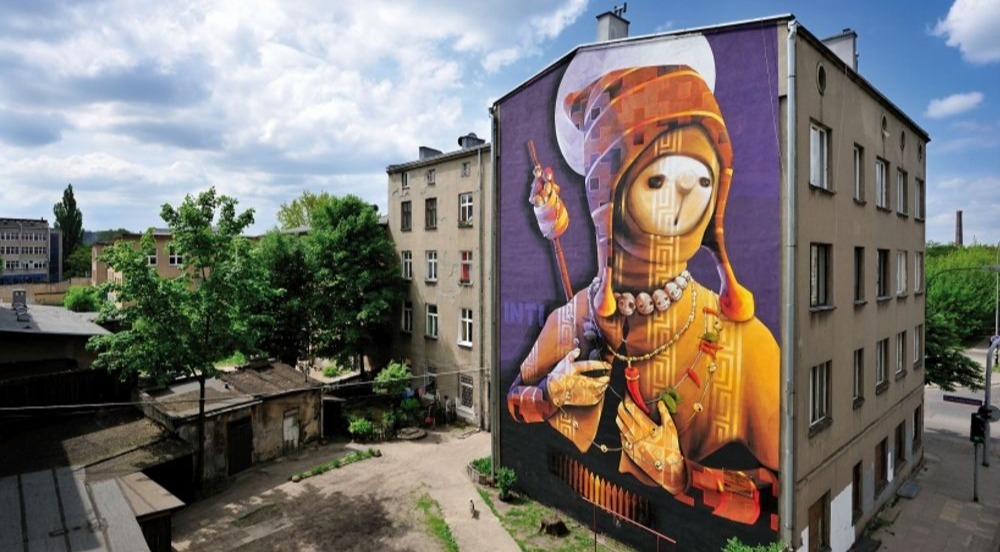 This positivity has leaked into every corner: from the steel and glass marvel that is the gargantuan Fabrycynza train station, to design-led hotel brands such as Puro and Andels, via a psychedelic tram stop nicknamed “the Unicorn’s Stable” for its outsized dimensions. Looking at it all, one has the sensation of a city that has channelled all its energy to stunning effect.

Never is this felt more keenly than at the height of summer. On Piotrkowska Street, the town’s principal thoroughfare, elegant Art Nouveau dwellings loom over a street that feels one-of-a-kind. As rickshaw drivers pant up the road, pavement cafes vibrate to the sound of a million tongues.

Amid the commotion, it’s easy to overlook the Hollywood-inspired Walk of Fame that celebrates the heroes of Polish cinema (the town’s famous film school produced the likes of Wajda and Polanski).

The city’s Unicorn Stable tram stop is a symbol of the town’s rebirth.TFN

But it is in the courtyards and side-streets that the real Łódź lies. For example, 6 Sierpnia Street, a “woonerf” that’s seen a hitherto plain road turned into a “living organism” on which people and cyclists flow seamlessly with the traffic.

Honeycombed with ground floor venues dealing out frontier-bending craft beers, award-winning sushi (in the shape of Ato restaurant, arguably the best raw fish in Poland), and artisanal coffee, it’s a superb reflection on the city as a whole.

Raw and unrelenting yet eccentric and engaging, it’s little wonder that the outside world has now fallen for Łódź. You should as well.