Viewed in September’s hazy half-light, it is a scene to treasure: on calm, cobbled streets long, angled shadows fall on pavements bristling with parasols that mask the quiet café chatter.

In the distance, peeling church bells call out from towering bastions, and on occasion, the plaintive whisper of a busker’s violin ripples from a side street. 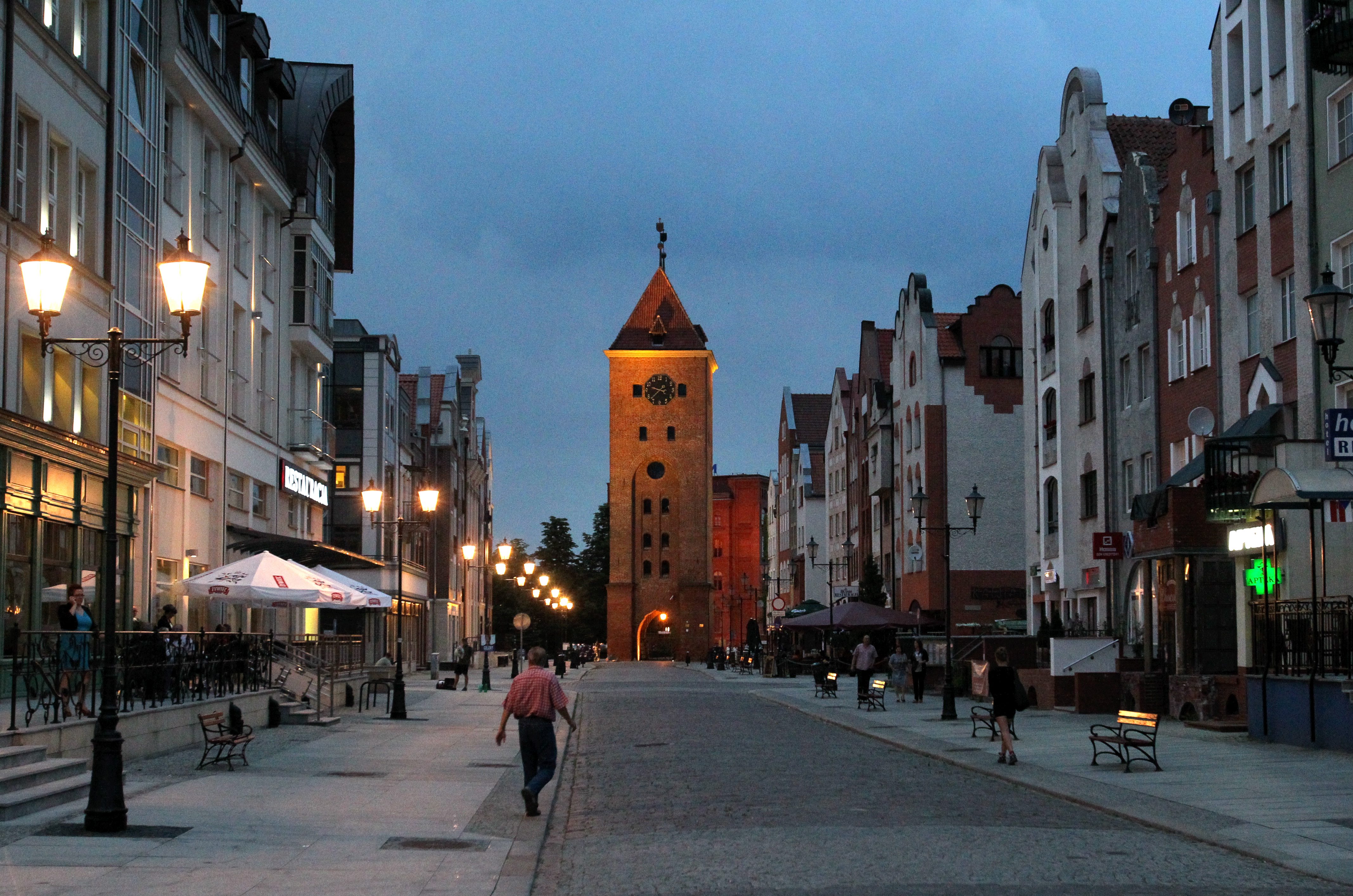 In itself, this is nothing extraordinary, for it is a moment commonly repeated in a thousand old towns across the map of Europe.

What makes it special, however, is the context of the setting. This is not some ancient walled city or one of UNESCO’s sites of fancy, rather an Old Town so new that it’s yet to be completed. 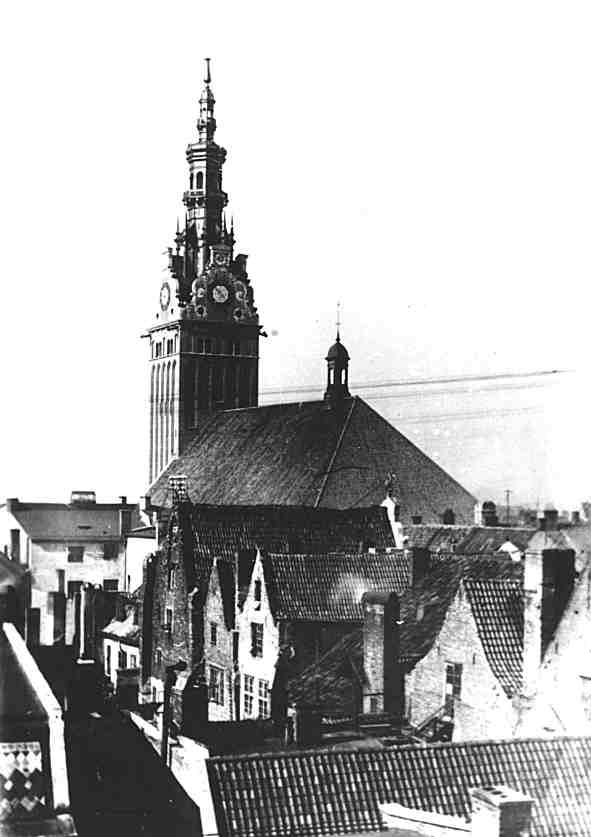 Easily accessed by a comfy and picturesque train ride on PKP (approximately three hours from the capital with a change at Malbork), it’s a town that remains somewhat off the radar, a point reflected by visitor numbers that pale when compared to Poland’s big boys such as Kraków and Gdańsk.

However, this northern city warrants lavishing with attention for here lies a story of intrigue, catastrophe and ultimately rebirth.

Principally founded as a fortified stronghold in 1236 by the knights of the Teutonic Order, it later joined the Hanseatic League and flourished like other trading hubs such as Amsterdam and Lubeck. 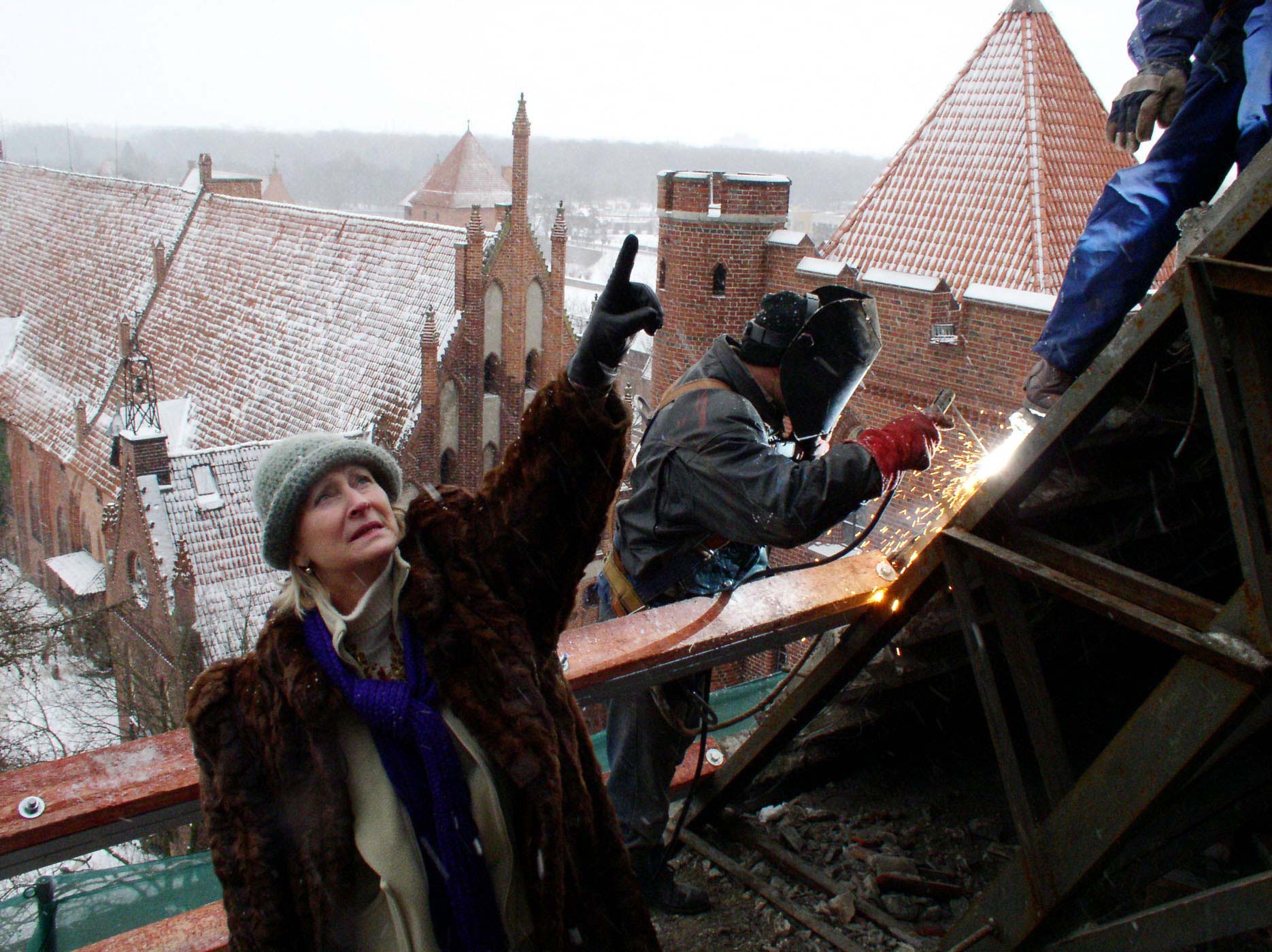 By 1983 a civil servant by the name of Maria Lubocka-Hoffmann was formulating a plan to raise Elbląg from scratch, redefining her concept in the 90s – the term she used was “retroversion”.Stefan Kraszewski

While its mercantile importance faded around about its 1722 transfer to Prussia as part of Poland’s first partition, it regained some of its former prominence after the construction of the 19th century Elbląg Canal.

Now a cult tourist attraction, this remains a hydro-engineering marvel thanks to a complex system of rail lines designed to lift boats overland and shuttle them between water.

That much is common knowledge, a point underlined by the canal’s frequent referral as being one of the Seven Wonders of Poland. Lesser publicised, however, is the actual city and its traumatic past.

Then known under its German name of Elbing, the town was pummelled during the Red Army’s merciless sweep westwards and left in shattered ruins. Though estimates vary, most accounts place the damage to its Old Town at 98 percent. Unbelievably, the New Town was even less fortunate and razed in its entirety. 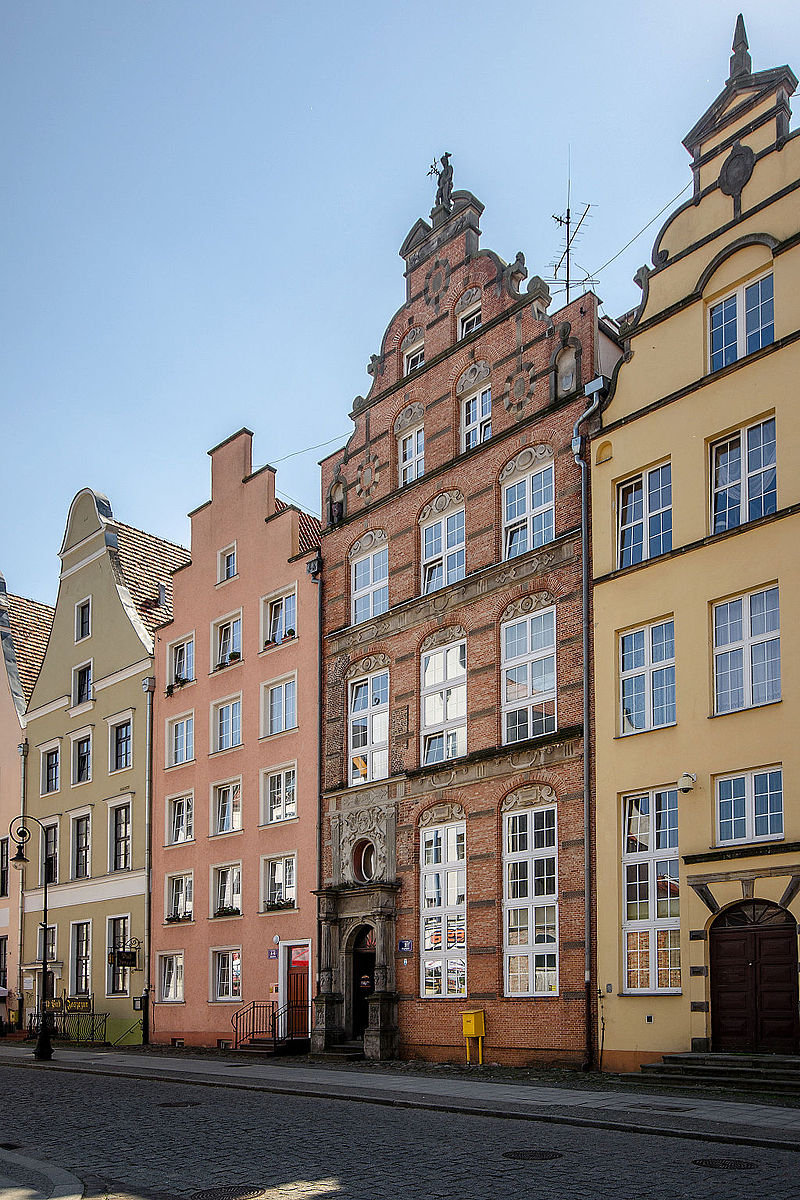 Handed to Poland after the war and rechristened Elbląg it was repopulated by what the communists viewed as “subversive elements”: former Home Army soldiers, primarily those that had seen action with the Zośka and Parasol battle groups. In this regard, being sent to this “city of the dead” could easily be interpreted as a punishment of sorts.

A wasteland of ruin, what few historic elements had survived were torn down and intentionally demolished: the rubble destined for Warsaw’s own propaganda-led rebuilding program.

“The new Polish residents of the city who came to live here following the wholesale relocation of the local population after World War II had no attachment whatsoever to the relics of German culture,” wrote art historian Maurycy Hadrian Domino. “In collective consciousness, the entire city was treated as something alien.”

As such the historic centre – once teeming with attractive burgher houses – was subjected only to rubble removal and the reconstruction of key sites like the Church of the Blessed Virgin Mary. The rest of the district was left simply to evolve into an empty patch of parkland. 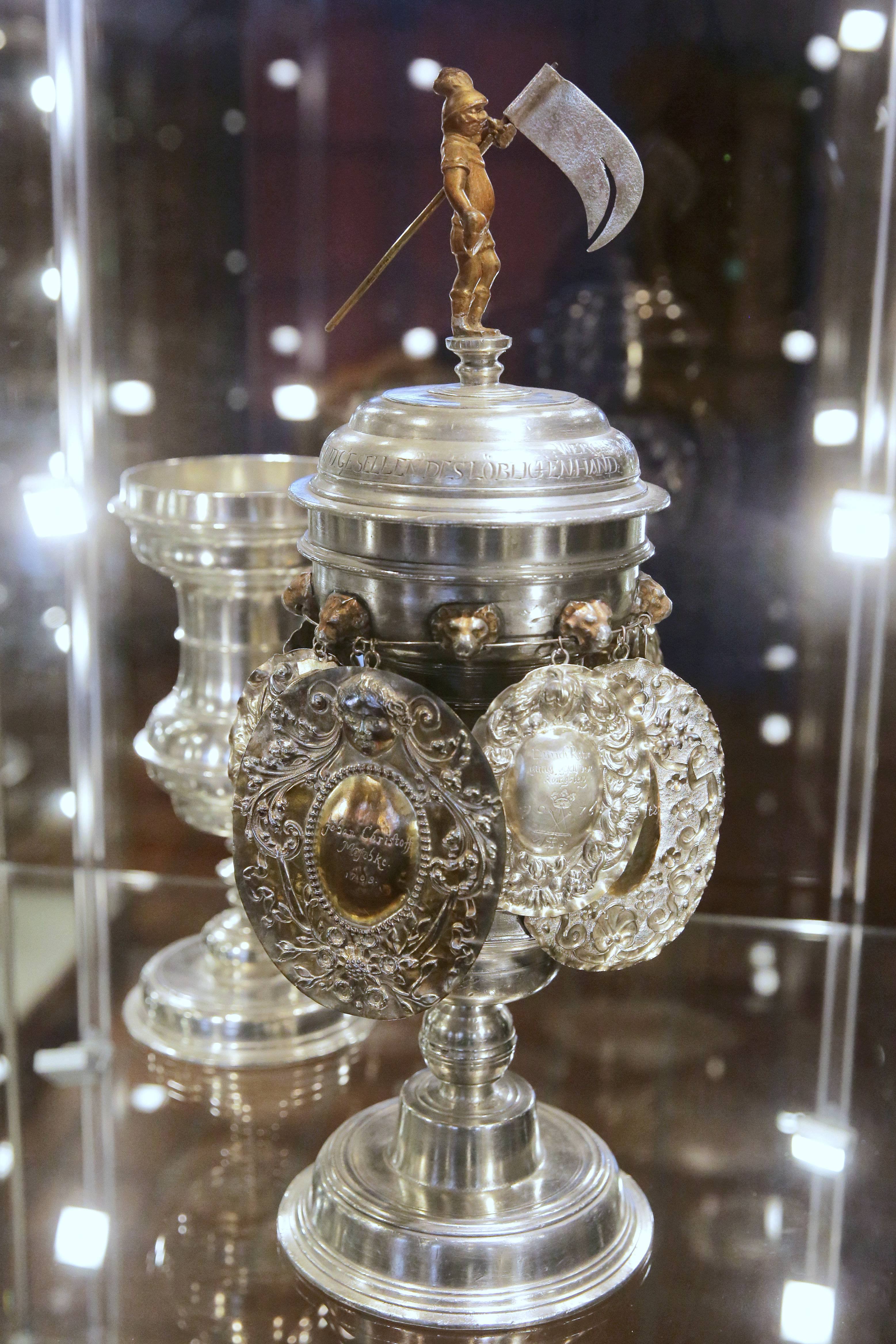 Described by City Hall as an “El Dorado for researchers” Elbląg is one of “Europe’s largest training ground [for archaeologists].”Tomasz Waszczuk/PAP

Already though, by 1983 a civil servant by the name of Maria Lubocka-Hoffmann was formulating a plan to raise it from scratch, redefining her concept in the 90s – the term she used was “retroversion”.

Taken from the Latin word retroversus (meaning to retranslate a translated text back into its original form), she foresaw original street layouts being applied and old building dimensions being used while envisaging new structures that would not replicate what came before, but rather only reference them in varying degrees of detail. In this way, she hoped to mimic the atmosphere of the past while creating something new.

Her suggestions were taken onboard, and whilst they have proven controversial in some quarters (Domino himself criticizes the results as being, “chaotic and inconsistent with historical design principles”), others have taken enthusiastically to the project, not least the archaeological teams that were brought in to excavate the grounds before building crews moved in.

Described by City Hall as an “El Dorado for researchers” and as being “Europe’s largest training ground [for archaeologists],” what has followed has been a fascinating example of historical research working in tandem with real estate construction. 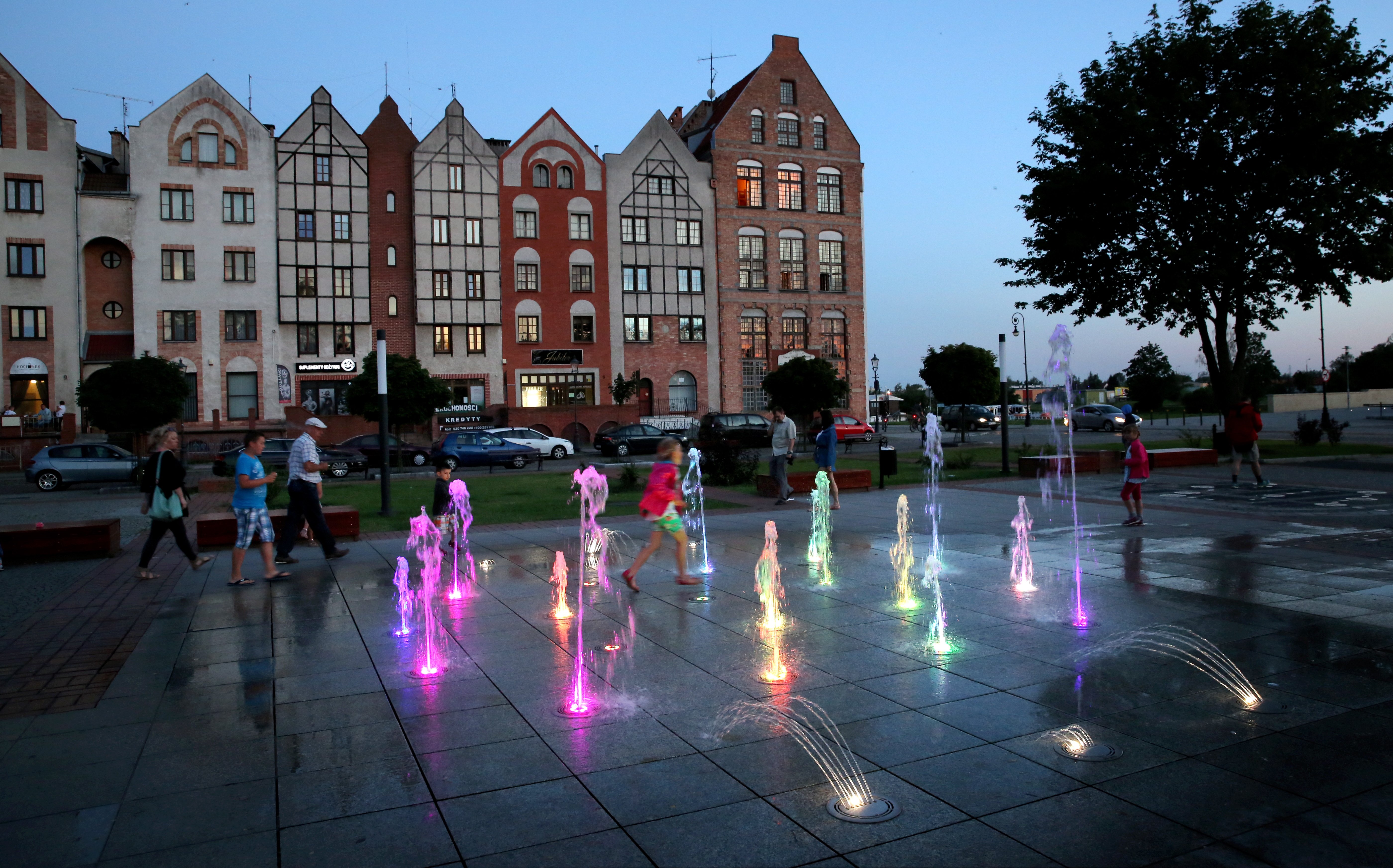 What makes Elbląg special is its context for this is not some ancient walled city or one of UNESCO’s sites of fancy, rather an Old Town so new that it’s yet to be completed.Tomasz Waszczuk/PAP

Perhaps more compelling has been the sheer sight of an entire district once again rising anew. Though still ongoing, already the core is in place thanks to an aggressive building program initiated in the 90s.

As it stands, it takes a hard heart not to be enchanted and engaged by what

has come next; the personification of the modern Polish spirit, it is a town of energy and ambition.

And herein lies a salient point. As compelling as it is to see history in the making – that is the renaissance of an entire city centre – Elbląg has not been shorn of other incentives. Having perused the rich collection of artefacts in the city museum (among them, Europe’s oldest set of glasses: circa 15th century!) or been overpowered by the majesty of St. Nicholas Cathedral, one is left to afterwards soak in these gentle glories in modern-minded, good-humoured haunts such as Wielokran Absztyfikant.

Invariably, on hearing a foreign accent, it’s over craft brews from Poland’s renegade breweries that locals will gingerly approach and enquire about your business. “And did you know,” they’ll invariably ask, “that this is the youngest Old Town in Poland?”

How to get there: A visit to the youngest old town in Poland is possible thanks to PKP Intercity trains running to Elbląg from Warsaw, Tricity, Szczecin, Olsztyn, Kraków and Białystok. Detailed information on connections is available at intercity.pl.