Badwater 135 is considered to be the most extreme ultramarathon in the world. The competitors cover a distance of 217 km in the scorching heat of Death Valley, California, starting at North America’s lowest point 85 meters below sea level and finishing at Whitney Portal, 2,530 m above sea level.

During the 2019 Badwater 135 ultramarathon, held on July 15-17, with a time of 24:13:24 Patrycja Bereznowska won the women’s category and came second overall. It is worth mentioning, that depending on the year 20-30 percent of the runners don’t even finish the race.

Yet Bereznowska seems unimpressed. She told TFN: “Before the race, I couldn’t imagine you can feel so well during such a hard race.” She is one of the few people in the world who complete 24-hour runs without a minute’s sleep. 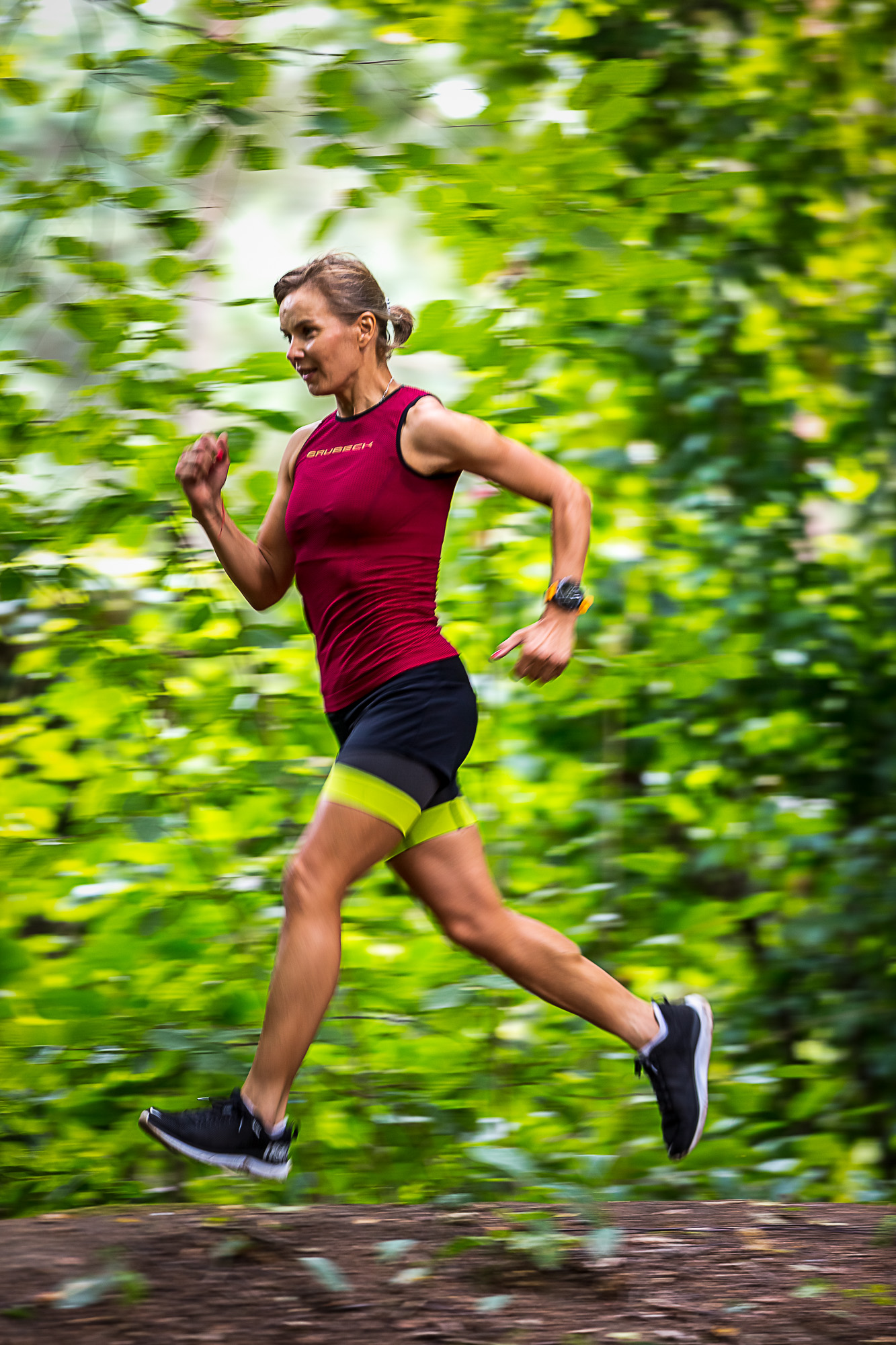 The 43-year-old told TFN: “I take part in everything I come across, as long as I have time and the opportunity to get there. Anything from very short runs, to Nordic Walking, obstacle coursing, military races, it’s difficult to say where I don’t compete.”Kalbar/TFN

“At the last stage [steep, 23 km long climb up Mt Whitney – TFN] I thought I had problems with breathing, that I had to slow down, start marching on the very steep sections, but then it turned out that I did it the fastest in the entire competition, even better than the Japanese winner [Yoshihiko Ishikawa],” she said.

Lithe, small and unassuming Bereznowska, who is now 43, doesn’t give off a ‘bigger than life’ impression. Yet her achievements, made visible by the rows after rows of trophies cluttering her entire apartment, speak for themselves. She completed thirteen 24-hour runs, won the world and European championships both individually and in a team.

The list of Bereznowska’s accomplishments goes on: she beat the 24-hour run world record twice, with a result of 259 991 meters in 2017 in Belfast;  she set the record for the Athens – Sparta ultramarathon Spartathlon (246 km) in 2017 with the time of 24:48:18. The Polish champion routinely competes in all kinds of runs, from marathons and half marathons, to military runs in full gear, uniform and 10kg backpack (she herself weights 52 kg). She even does obstacle racing. 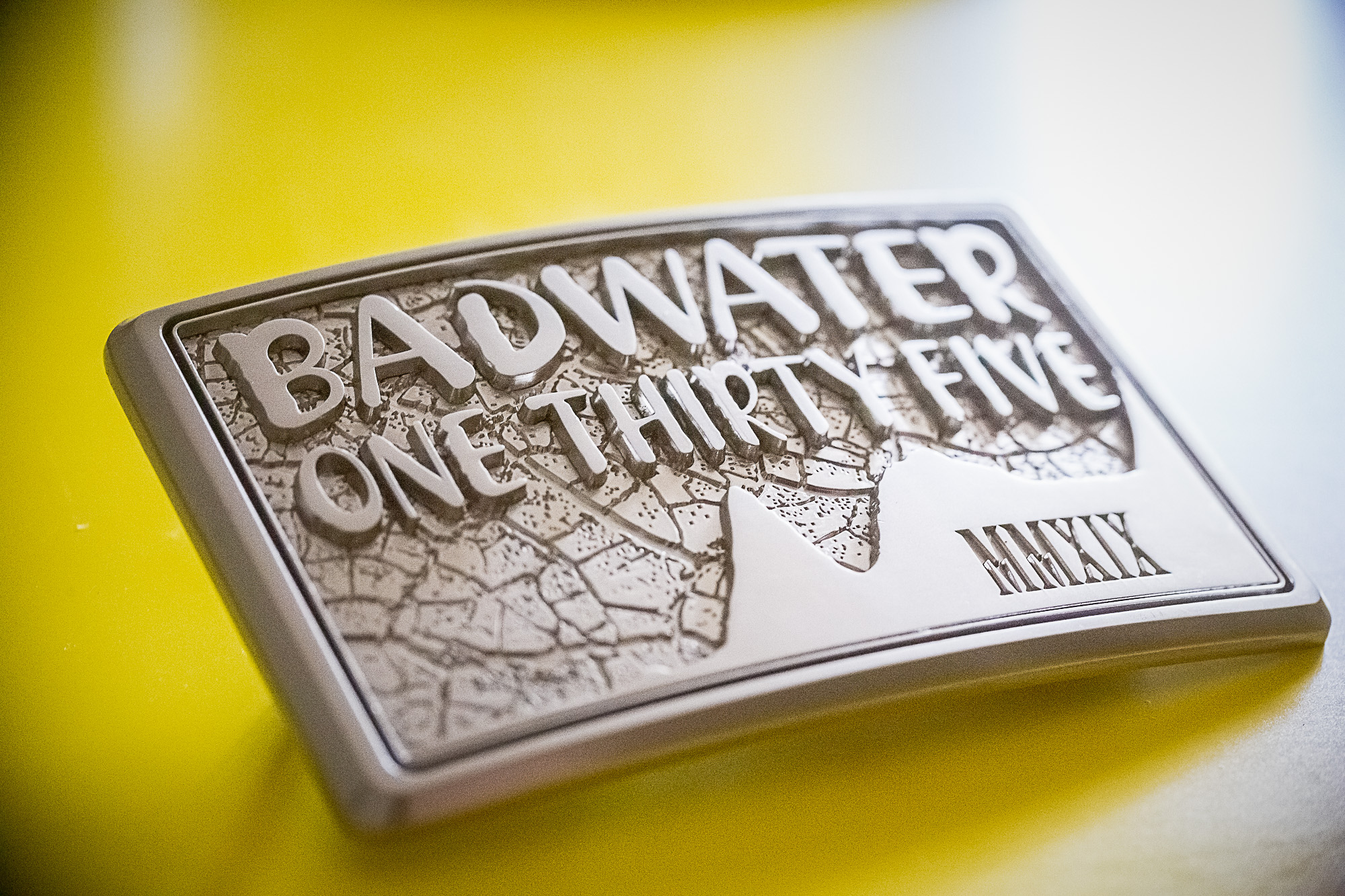 Badwater 135 is considered to be the most extreme ultramarathon in the world. The competitors cover a distance of 217 km in the scorching heat of Death Valley, California, starting at North America’s lowest point 85 meters below sea level and finishing at Whitney Portal, 2,530 m above sea level.Kalbar/TFN

“I've always had the character of a person who likes to compete and win,“ she told TFN. “Just giving the maximum of my abilities and even checking where this maximum lies, it always attracted me and still does.”

This internal drive is strong enough to push the otherwise calm, warm and energetic woman to surpass what seems humanly possible. The hardest race Bereznowska recalls took place in Ireland in December last year. With the majority of the race happening at night high in the mountains, snow and strong wind made it almost impossible to stay on her feet, let alone run.

“I practically finished the race blind, distinguishing only light or dark. […] It turned out that I had corneal edema. 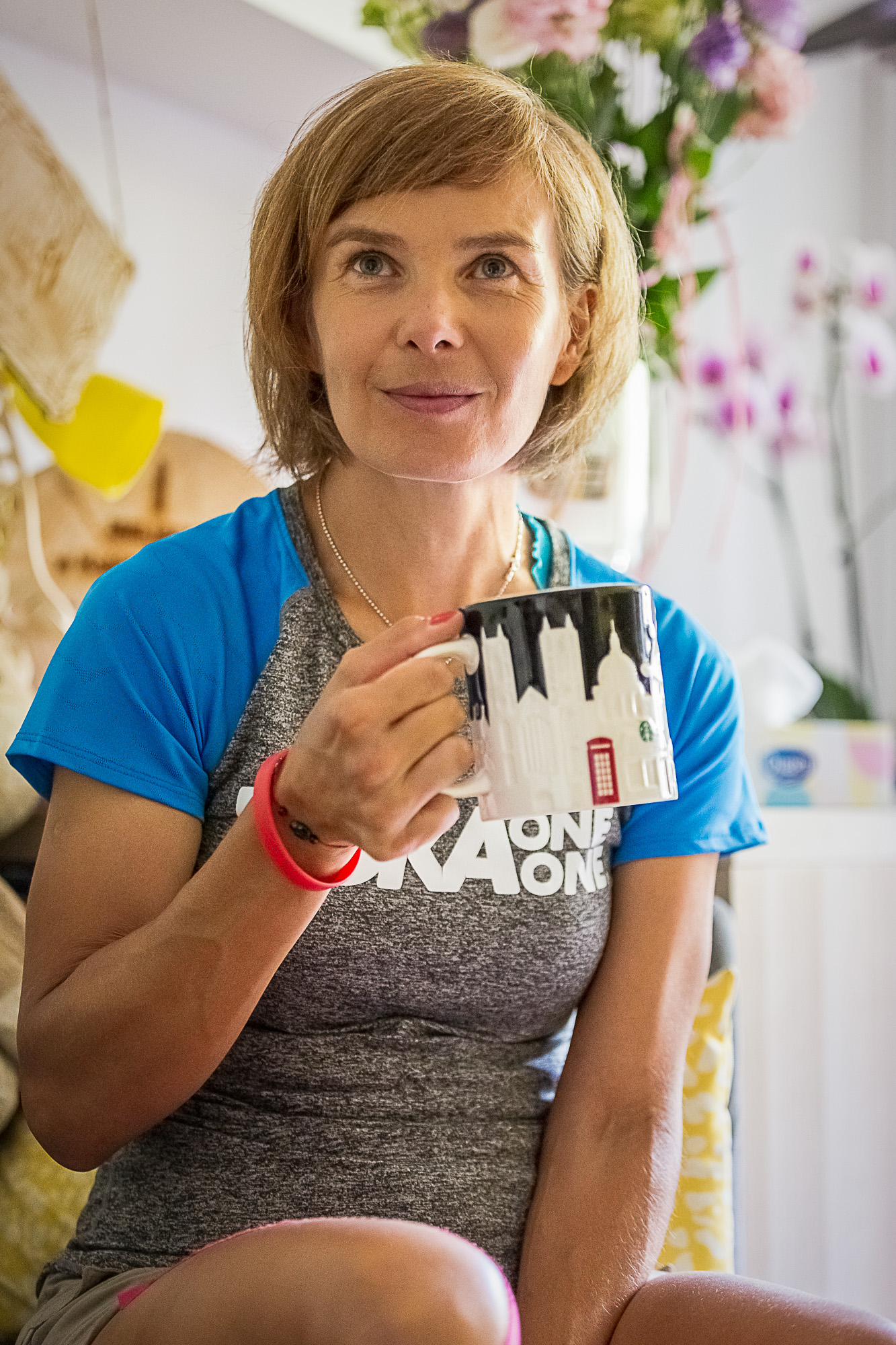 Lithe, small and unassuming Bereznowska doesn’t give off a ‘bigger than life’ impression.Kalbar/TFN

“It was hard because of the terrain, many bumps, stones, rocks.  I often had to stop and check with my foot if I can stand somewhere. I managed to finish through sheer willpower,” Bereznowska recalled.

The love of sport and ability to regenerate is something she had since she was a child. Bereznowska, who was born in Rzeszów, in the south-east of Poland, was always hyperactive. “I was hard to tame and had a lot of energy, so my parents sent me to a sports school,” she said. This wise decision set the course of her life and career. First in a basketball class, than athletics when she stopped growing, Bereznowska had a chance to discover her love of running and healthy competition.

Unfortunately an ankle injury put her plans on hold. Unable to compete in running, she turned to horse-riding, especially endurance riding. Bereznowska competed professionally with her beloved purebred Arabian steed Artbi and now still trains horses and riders for a living. 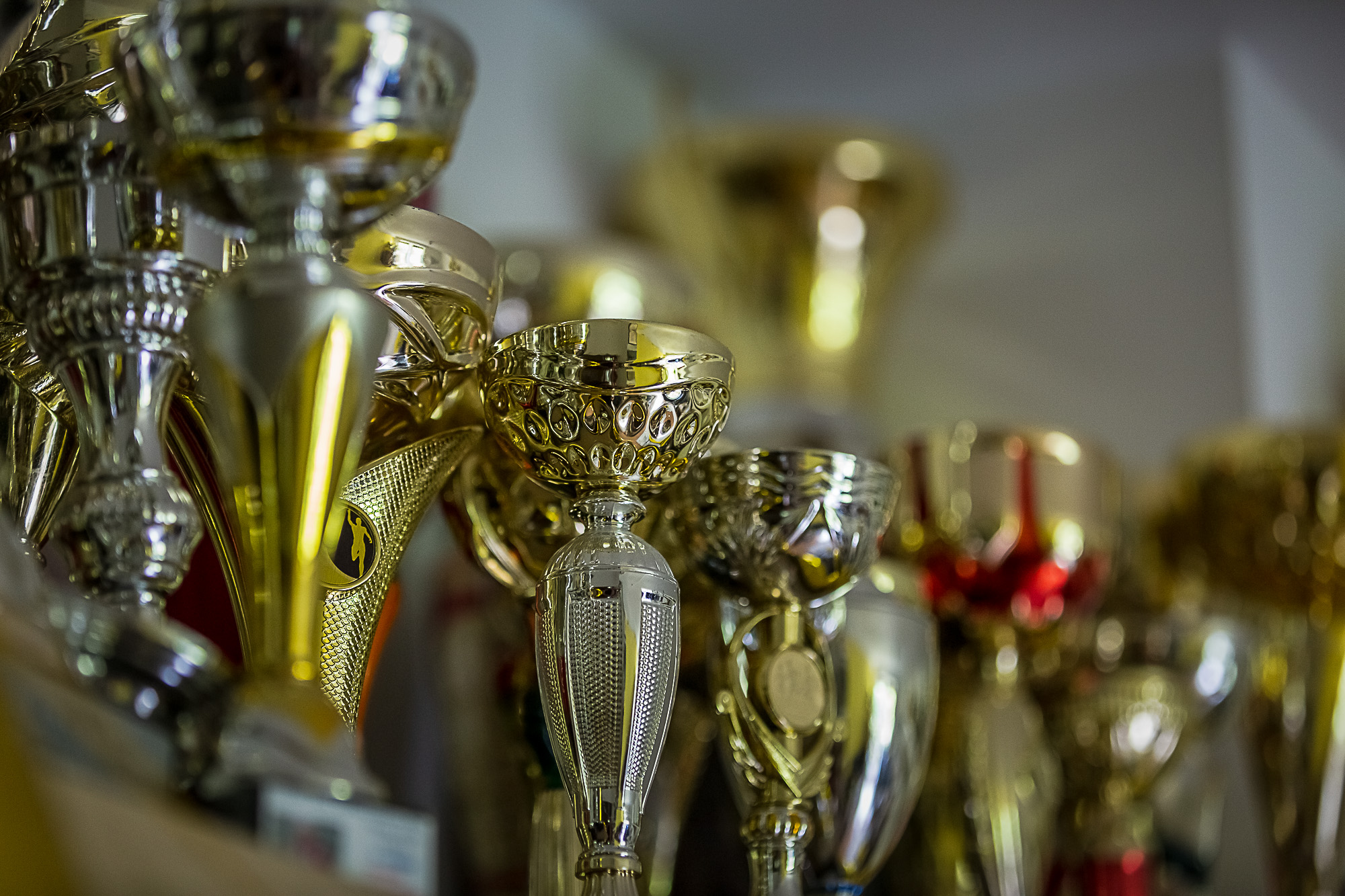 Her achievements, made visible by the rows and rows of trophies cluttering her entire apartment, speak for themselves.Kalbar/TFN

Training and running alongside horses made her realize her ankle was not so bad, and in 2008 she finally gave into temptation and competed in her first half marathon. – the 1920 Run from Radzymin to Ossów, which commemorates the famous Battle of Warsaw. Several months later she won her first marathon. “On the next day, when I saw the organizers calling me, I thought ‘for sure they made a mistake and I didn’t win’. They forgot to give me some award and wanted to meet, but I still couldn’t believe it was possible for me to win,” she confessed.

Six years ago Bereznowska participated in her first ultramarathon and the rest is history. The monotony of training  doesn’t faze her. “I’m always glad to go out to train, even if the weather is I don’t know how terrible, I still do it. (…) I have such a strong sense of obligation in me, that if I didn’t train I would mentally torment myself. While running my head works very well and I come up with many good ideas,” she said.

Since Bereznowska doesn’t have a trainer and the entire logistical operation for the important competitions depends on her, she strategizes and plans while running. Months of preparation, tickets, accommodation and even service cars required by the race organizers are all on her. 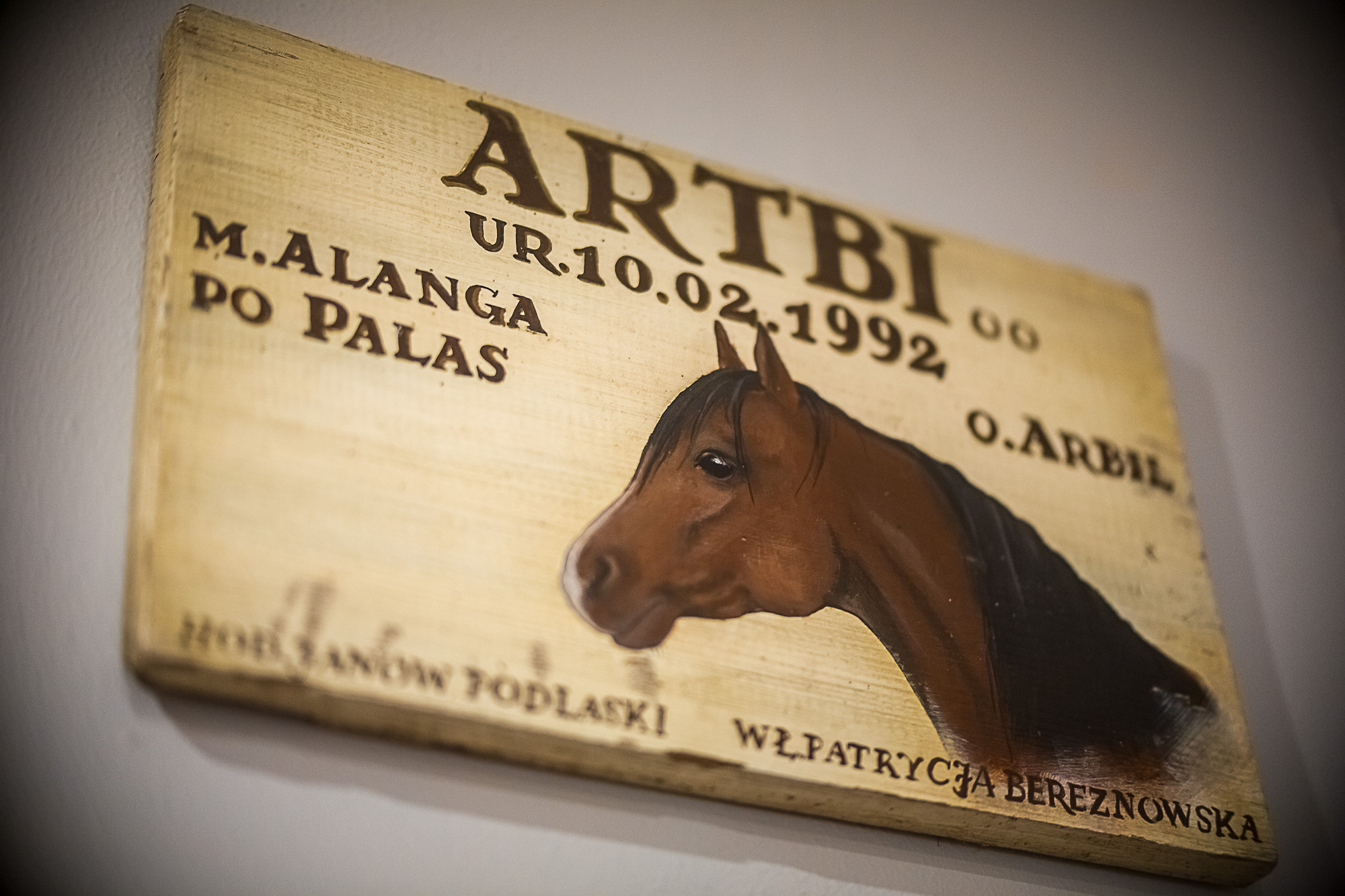 After an injury made it impossible for her to run, Bereznowska turned to horse-riding, especially endurance riding and competed professionally with her beloved purebred Arabian steed Artbi. She now trains horses and riders for a living. Kalbar/TFN

Her training regime includes running even 30 km a day during high season, gym, swimming and cycling and a strict diet, even though she admits to loving forbidden candy and fruits. At times she trains six to seven hours a day. “Everywhere I can, I run. If I can't run, I ride a bicycle and only when I can't ride a bike, do I get in the car, “ she said. Surprisingly between running and horses, Bereznowska still has some time for hobbies – mainly Tai Chi, gardening and cooking.

“I am addicted to being active,” she admits.

Recently, Bereznowska decided to give a deeper meaning to her running goals. “In 2001, my mom committed suicide. She was suffering from depression, which was caused by thyroid disease and unregulated hormonal problems.” The doctors who treated her didn’t make the connection between the deteriorating mental and physical state. 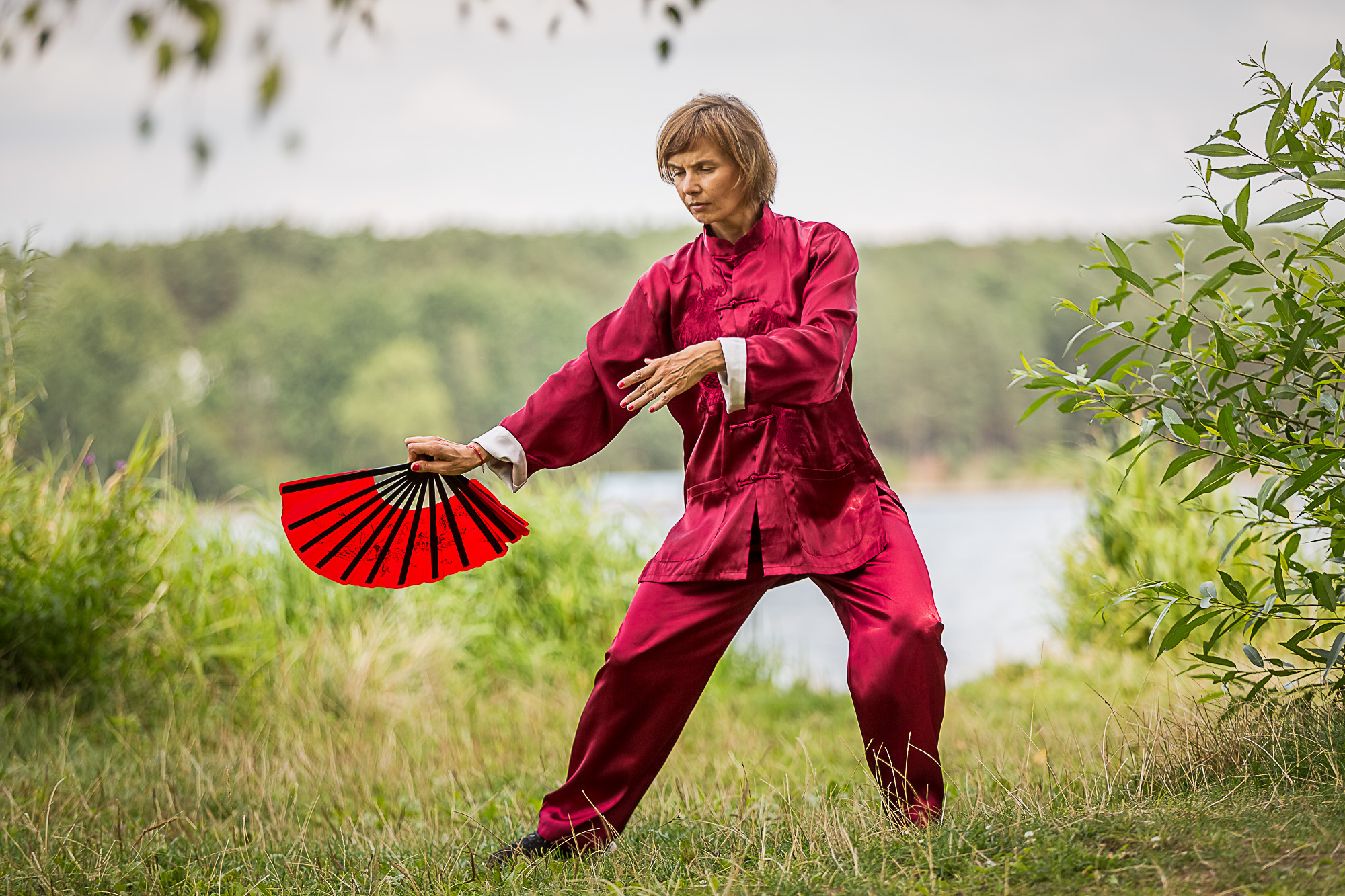 When not running or horse riding Bereznowska relaxes by doing Tai Chi.Kalbar/TFN

Tragically affected by this experience, Bereznowska wants to use her platform to educate people on how sport can serve as a medicine for light mental conditions and how important it is to speak out about mental illnesses. “In a way, I used the Badwater race to talk about it.  It’s route, which we talked about before, is beautifully arranged from depression to the top.” Bereznowska cooperates with the Active Against Depression association, to help promote mental fitness.

The upcoming competitions will add to the platform Bereznowska is building. The goal for this year is the World Championship in Albi, France, which will be held in October. In between there’s time enough to visit at least several other competitions. 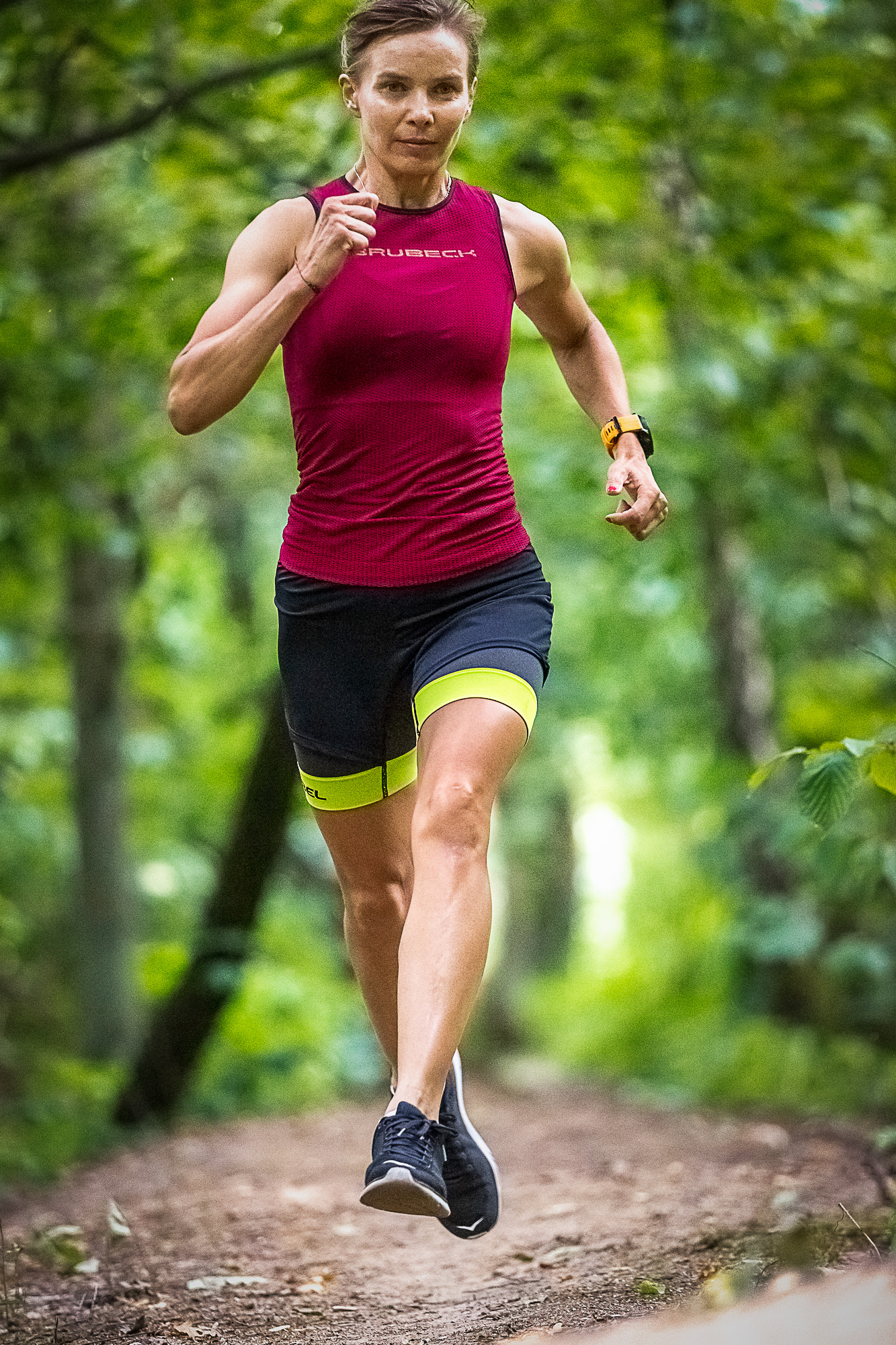 Her training regime includes running 30 km a day during high season, gym, swimming and cycling. At times she trains six to seven hours a day. “Everywhere I can, I run. If I can't run, I ride a bicycle and only when I can't ride a bike, do I get in the car,“ she said.Kalbar/TFN

“I take part in everything I come across, as long as I have time and the opportunity to get there. Anything from very short runs, to Nordic Walking, obstacle coursing, military races, it’s difficult to say where I don’t compete,” Bereznowska laughed. During our interview she managed a late registry for the Tiger Run in Orzysz, 30 km military race in full uniform, which happened the following weekend.

All this would be impossible without Bereznowska’s friends and family, who support her during races and while preparing for them. For most of the races she has to pay herself. The Polish Athelitics Association covers partially only the costs of world and European championships.

“I can't say that there is any cooperation with them, it’s more of a struggle. Since we are not an Olympic sport, despite the fact that from every competition, every championship we bring individual and team gold medals and team and world records, nothing has changed in their approach to us,” Bereznowska said.

To compete in Badwater, which all together costs 50,000 zlotys, Bereznowska turned to crowdfunding, with a very positive response. Friends in the US invited her to stay at their place, while sponsors provided the necessary equipment. Despite her successes, the world champion still has to fight to ensure funding for competitions. 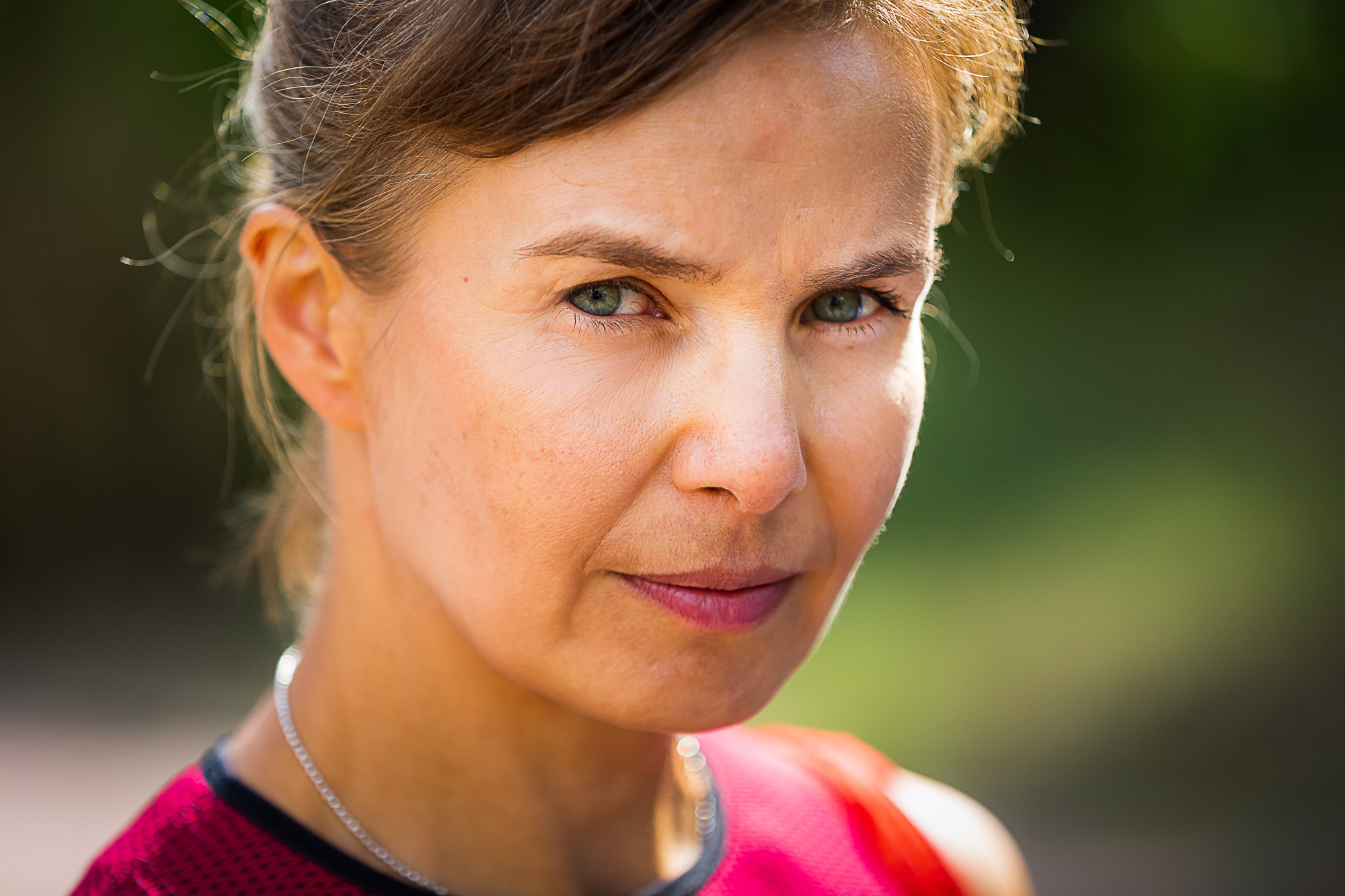 “I've always had the character of a person who likes to compete and win,“ she told TFN. “Just giving the maximum of my abilities and even checking where this maximum lies, it always attracted me and still does.”Kalbar/TFN

As part of Wieliszew Heron Team she can count on some support from her local community. The mayor, Paweł Kownacki invited her to move to Wieliszew municipality, where she can not only train in the lush forests and Narew river banks, but also use the well-developed recreational areas.

The quiet, green area, which seems to be the place were all roads end is the perfect place for Bereznowska to cover kilometer after kilometer in her daily routine. There’s no thought of retirement in her mind, as she presents her ambitious plans: “The most I ran in one go is 401 km during 48 hours, but I am already thinking about 72 hours or three-day runs and then there are still six-day ones after all.

The archaeological team believe that the vessel, which is six metres wide and 37-metres-long, could date back as far as the 14th century and was most likely a cargo ship or punt used to transport up to 100 tons of goods in the times when Poland was Western Europe’s main grain supplier.