Women, women on the wall: new murals celebrate the lives and achievements of three pioneering women

Three murals of three very different women are being unveiled in Warsaw, Wrocław and Katowice. A singer, a mountaineer and a paediatrician, they are part of an initiative called “Kobiety na mury” (women on the walls) that seeks to celebrate the remarkable women’s achievements and inspire others.

For the bank, the murals continue a campaign it ran entitled “Nothing happens without money… or women”.

“Its aim is to trigger a broad discussion on the role of women and their increasing responsibility in social and professional life, as well as inspiring changes in everyday life,” said Izabela Tworzydło, director of corporate communication at the bank.

The murals do so by depicting remarkable women from Poland’s past. Despite their diverse heroines, the murals will all bear the slogan “Women know what they are doing” – the slogan of the Wysokie Obcasy campaign.

A native of Katowice, she was born in the city in 1939 and studied medicine in the nearby city of Zabrze.

Her work focused on lead poisoning, which can be caused by contaminated air, water or food, and which children are particularly vulnerable to. After testing several thousand children in neighbourhoods of Katowice, she found that lead poisoning was widespread.

During the 1970s, Poland’s communist authorities tried to discourage her from spreading her findings, fearing that her work damaged their image. Undeterred, she continued working to save children afflicted by lead poisoning. 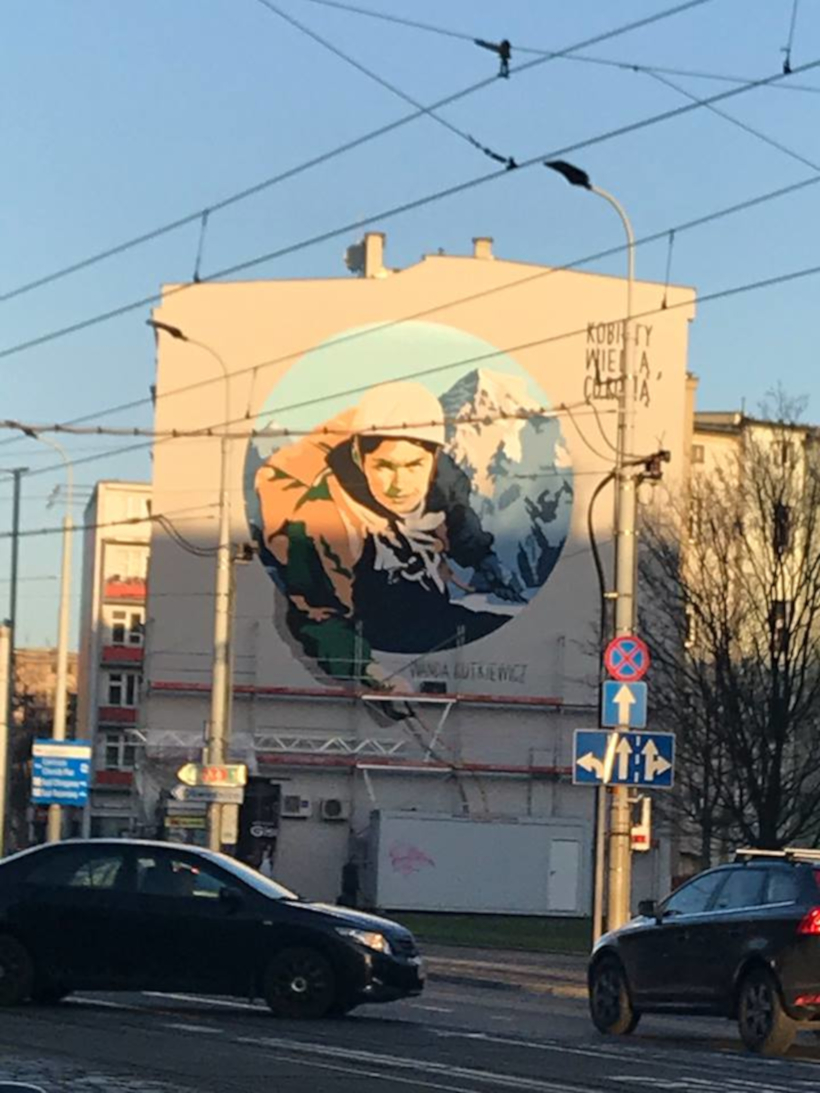 It was not until the collapse of communism that her work received official recognition. In 2013, she was awarded the Special Prize during the award ceremony for the Silesian Civic Prize.

The mural, by Andrzej Wieteszka, features a portrait of Wadowska-Król, surrounded by the faces of crying children and smoking chimneys, a reference to her research into lead poisoning.

Meanwhile, the mural in Wrocław will depict famous mountaineer Wanda Rutkiewicz (1943-1992), the first woman to reach the summit of K2. The mural comes forty years after she climbed Mount Everest in 1978, the first Polish woman to do so.

The mural of her, on Wrocław’s Sądowa Street, was designed by illustrator Marta Frej.

The mural in Warsaw, painted by Bruno Althamer, will be dedicated to a more recent Polish heroine: popular singer Olga Jackowska (1951-2018), better known as Kora, who died earlier this year.