For many the name of Władysław Szpilman will forever be associated with the ‘The Pianist’, the Roman Polański film about a Jewish musician’s battle to survive the war, and the unlikely help he got from a German officer.

But there is much more to Szpilman’s life than just the few years covered in the celluloid hours of Polanski’s film. He was prolific writer of musical compositions that could range from jazz to classical, he also penned hundreds of songs, and his talent was such that after the war he regained the fame he had won before it had started.

Born in Sosnowiec on December 5, 1911, Szpilman studied piano at Warsaw’s Conservatory of Music and soon made his mark on the city’s cultural scene. By the mid-1930s he had become something of a celebrity, touring the country as a soloist or accompanied by violists.

In 1935 he started working for Polish Radio, a collaboration that would span the war and spread the fame of his name even further. Szpilman was performing a work by Chopin on September 23, 1939 when German shelling forced him to stop. It was Polish Radio’s last live music broadcast until 1945 when Szpilman started the same piece of music at the point he had had to stop nearly six years earlier. 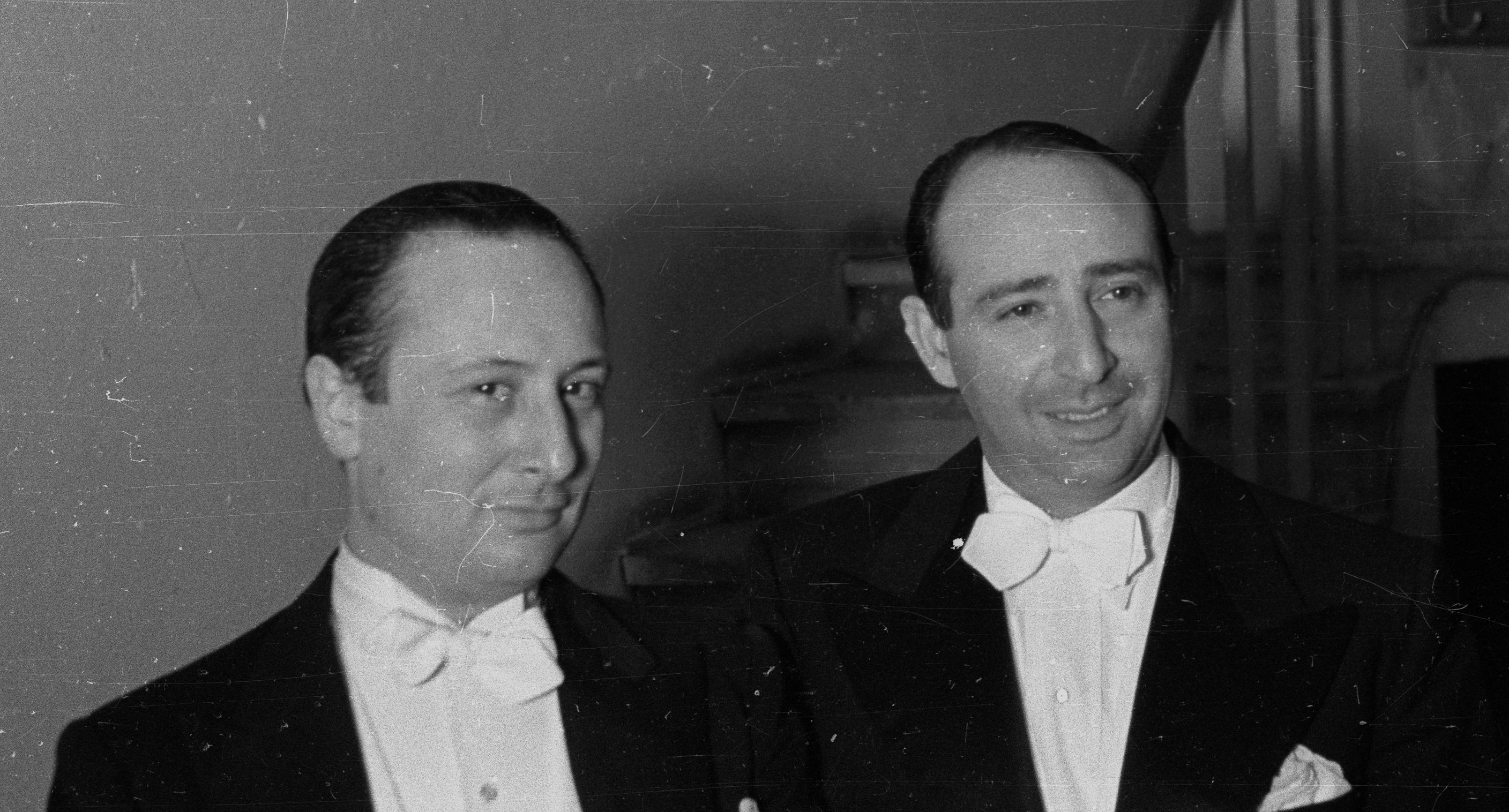 By the mid-1930s Szpilman had become something of a celebrity, touring the country as a soloist or accompanied by violinists. Pictured (L) with famous violinist Bronisław Gimpel.PAP

As anybody who has seen ‘The Pianist’ knows, Szpilman’s world was brought crashing down by the Nazi occupation of the Warsaw in 1939. As Jews, Szpilman and his family were confined to the ghetto, where Władysław helped keep his family alive by performing in the few cafes that functioned, but that came to an end in 1942. The Nazis started to liquidate the ghetto and began to transport its occupants to the Treblinka death camp. On his way with his family to be transported, Szpilman was dragged out of the line by a member of the Jewish police who recognised him. Szpilman’s family continued on their way, and he never saw them again.

He survived the rest of the war through a combination of luck, the bravery of pre-war friends who sheltered him and the unlikely intervention of Captain Wilm Hosenfeld. A music-loving German officer, Hosenfeld, instead of handing Szpilman over to the SS or Gestapo, fed and clothed him. 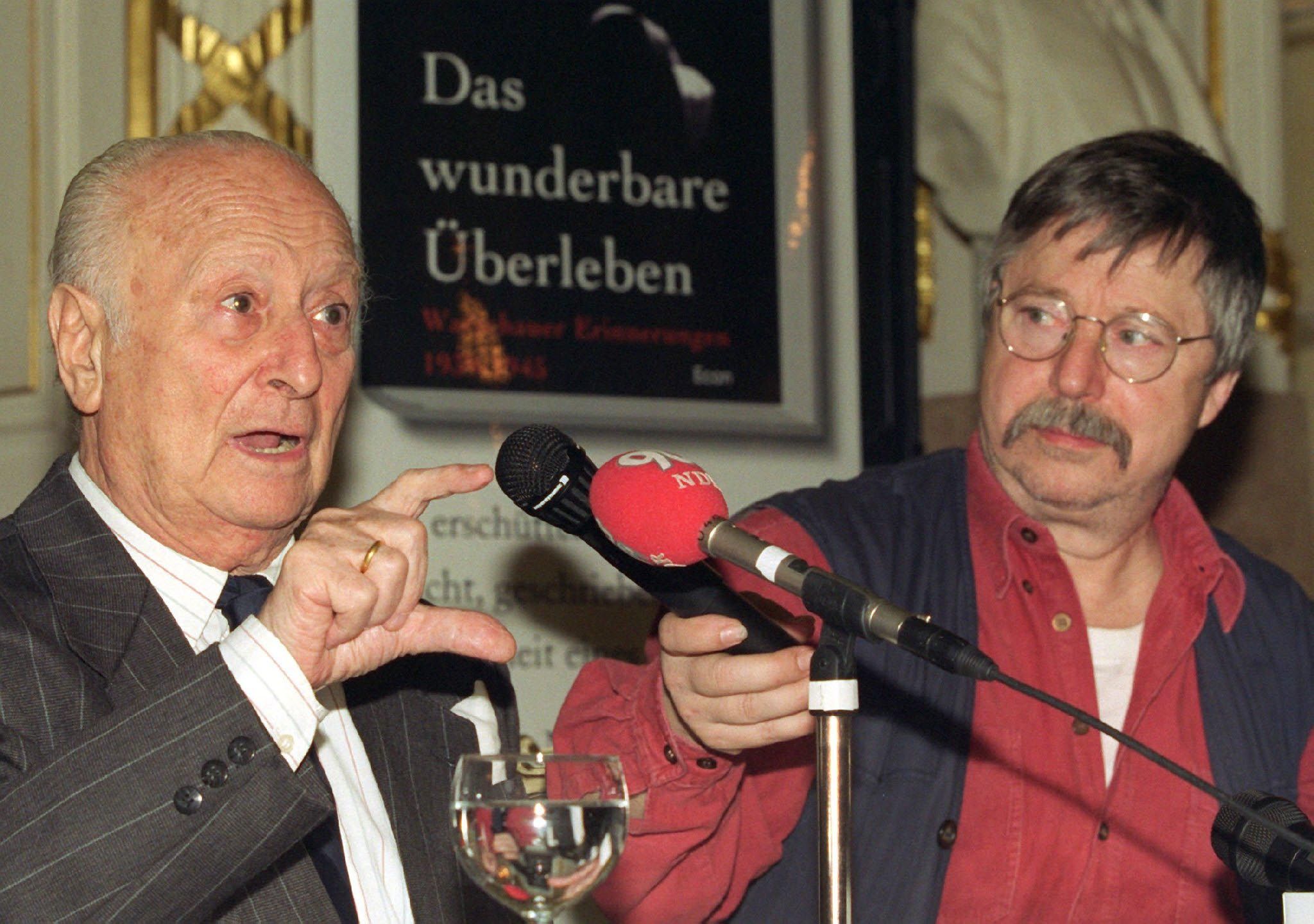 After the publication of his autobiography, he became famous in the wider world. Pictured with German writer Wolf Biermann during the promotion of the German edition of his book. PAP/EPA

After the end of the war Szpilman resumed his career, writing music and songs, and becoming very much part of the cultural landscape of post-war Poland. But with Europe divided by the Iron Curtain his talent remained confined to Poland, so the Szpilman name did not become famous in the wider world until the publication of his autobiography ‘The Pianist’ in 1999, a year before his death in 2000.

While the book and the subsequent film spread the fame of the musician, his name also attracted unwanted attention. In 2010 Szpilman’s son Andrzej attempted to force the recall of a book by a singer called Wiera Gran. In the book, Gran, who had died in 2007, alleged Szpilman was a “Gestapo man” and that he had tried to kill her.

Her claims, however, cut little ice in Poland or in other countries with historians and people who knew Szpilman pointing out that there was no evidence to suggest that he was collaborator, which was not the case with Gran.