With voter turnout at its highest since joining the EU, TFN looks at the winners and losers of yesterday’s crucial Euro elections

According to the National Election Commission, voter turnout was 45.42 percent, a record number since Poland joined the EU in 2004.

The trend was similar in most of Europe, where around 51 percent of citizens chose to cast their votes, the highest number in 20 years.

The ruling Law and Justice party (PiS) is the undisputed winner in Poland, with 45.38 percent votes, which is equal to having 27 representatives in the EP. PIS dominated in the voting outside of Poland as well, especially among the American Polonia. 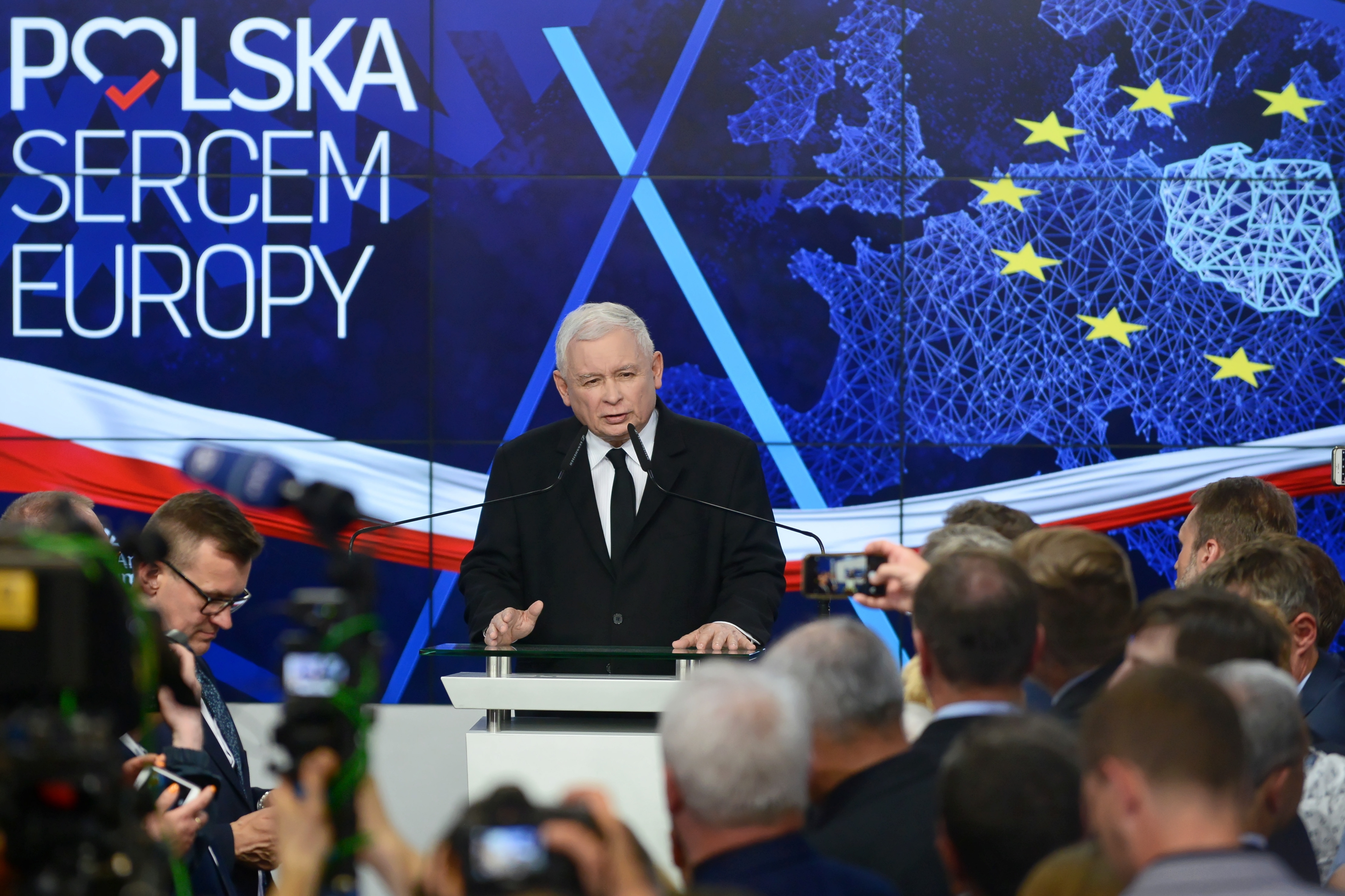 Jarosław  Kaczyński, chairman of Law and Justice (PiS) which won a resounding 45.57 percent of votes, said: “Today is a very important day, we have to appreciate it, and also the autonomous value of our victory in this election.” Jakub Kamiński/PAP

The European Coalition (KE), an alliance of main opposition parties Civic Platform, Democratic Left Alliance (SLD), Modern (Nowoczesna), Polish People’s Party (PSL), the Greens and smaller movements received 38.47 percent of votes (22 MEPs), the second highest result. While the difference between them and Law and Justice was about 2 percent in the exit polls, it quickly grew to solid 7 percent.

The third party to win places in the EP is the newly established Spring (Wiosna), led by the former Słupsk mayor Robert Biedroń. Boasting a social-democratic agenda, Spring managed to get 6.06 percent and 3 MEPs.

The far-right Confederation KORWiN Braun Liroy Nationalists, despite the late night exit polls didn’t pass the election threshold, receiving only 4.55 percent of the votes. Neither did the Kukiz ’15 party (3.69 percent) and the left-wing coalition Lewica Razem (Left Together; 1.24 percent). 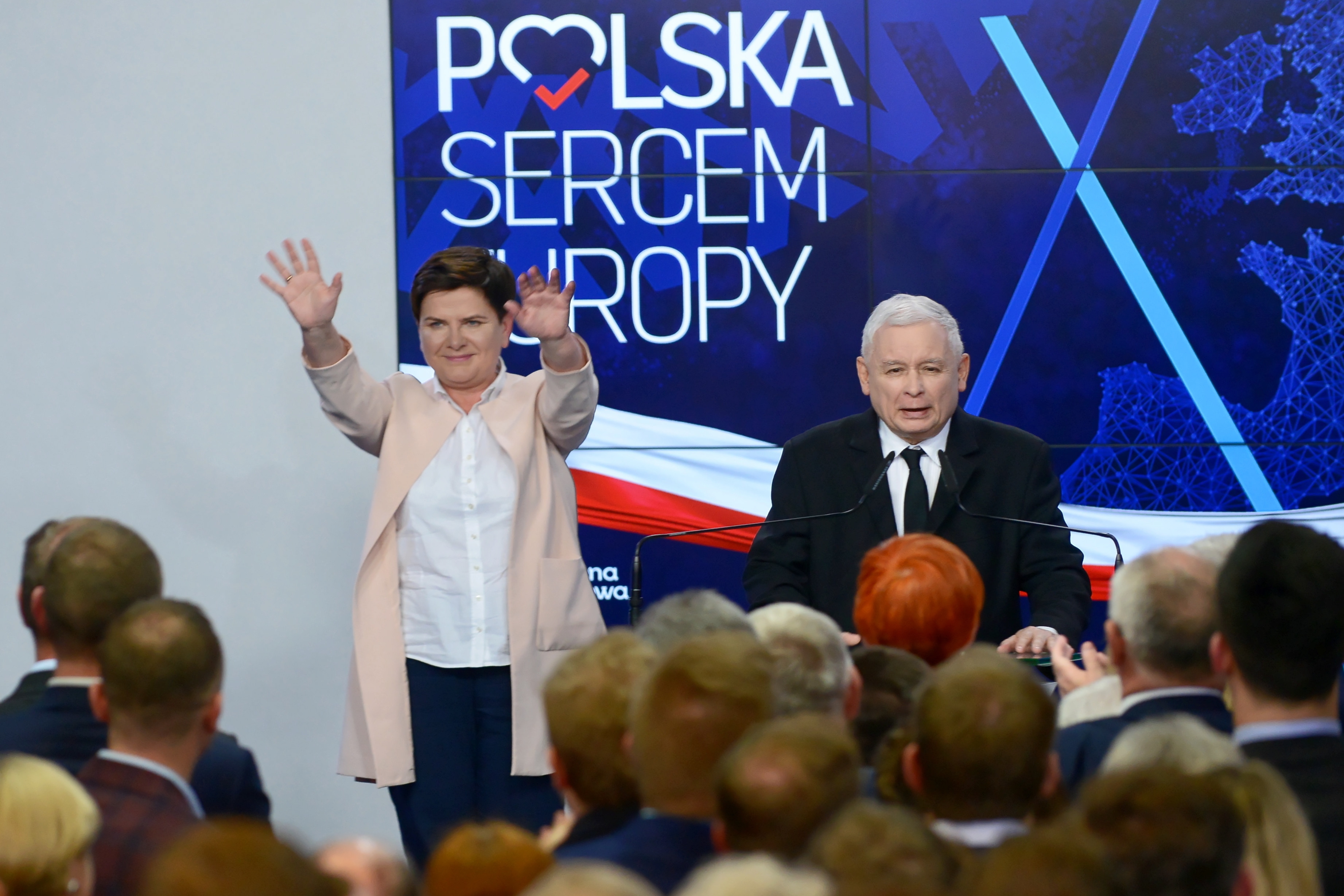 Jarosław Kaczyński, Law and Justice’s Chairman, commented after hearing the first results: “Today is a very important day, we have to appreciate it, and also the autonomous value of our victory in this election.

“Enormous tasks await our MEPs, but we must remember that the decisive battle for the future of our homeland will take place in autumn and we must also win, and even more so, than now. This is a huge challenge and we have to face it.”

Kaczyński’s comment showed the tone of the entire campaign, where the discussions often turned to internal affairs rather than European ones. With parliamentary elections quickly approaching in October this year, it is understandable that the EP elections were treated as an opinion poll and the first round before the main event this Autumn. 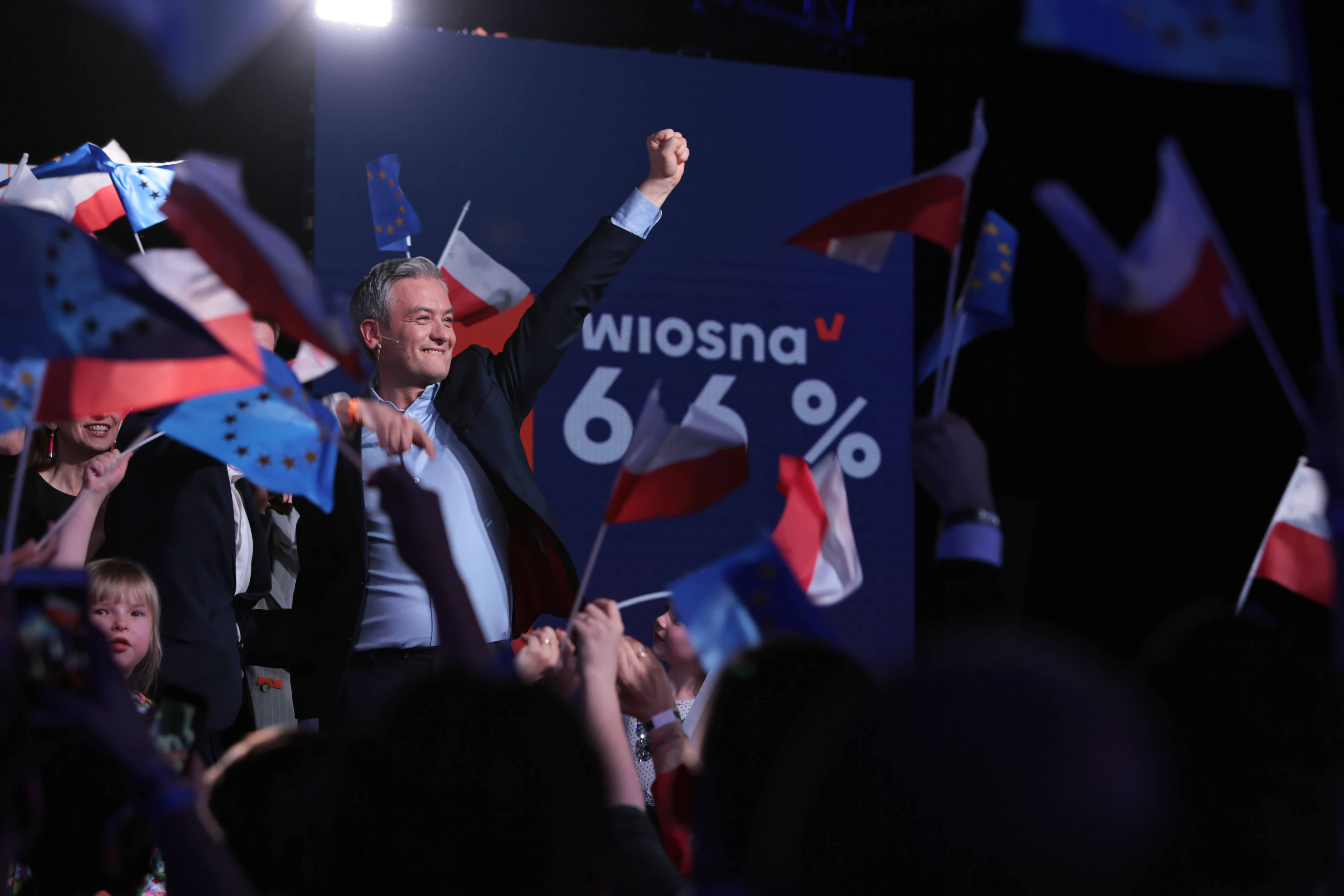 At the same time some big names, including acting ministers, will be leaving the domestic political scene and moving to Brussels. A government reshuffle is expected within days. Michał Dworczyk, the Prime Minister’s Chief of the Chancellery said that: “today, in the coming hours, in the coming days, the decisions will be made. The decisions will be made between the chairman Jarosław Kaczyński and Prime Minister Mateusz Morawiecki (…) since such decisions are consulted on the political level”.

According to Ipsos polls, former prime minister and current deputy prime minister, Beata Szydło, received the highest number of votes in the entire country, over half million and can be sure of her place. Second, depending on the polls comes the former EP president, Jerzy Buzek, representing the European Coalition or Jadwiga Wiśniewska (PiS), who will continue her work at the EP for her second term. 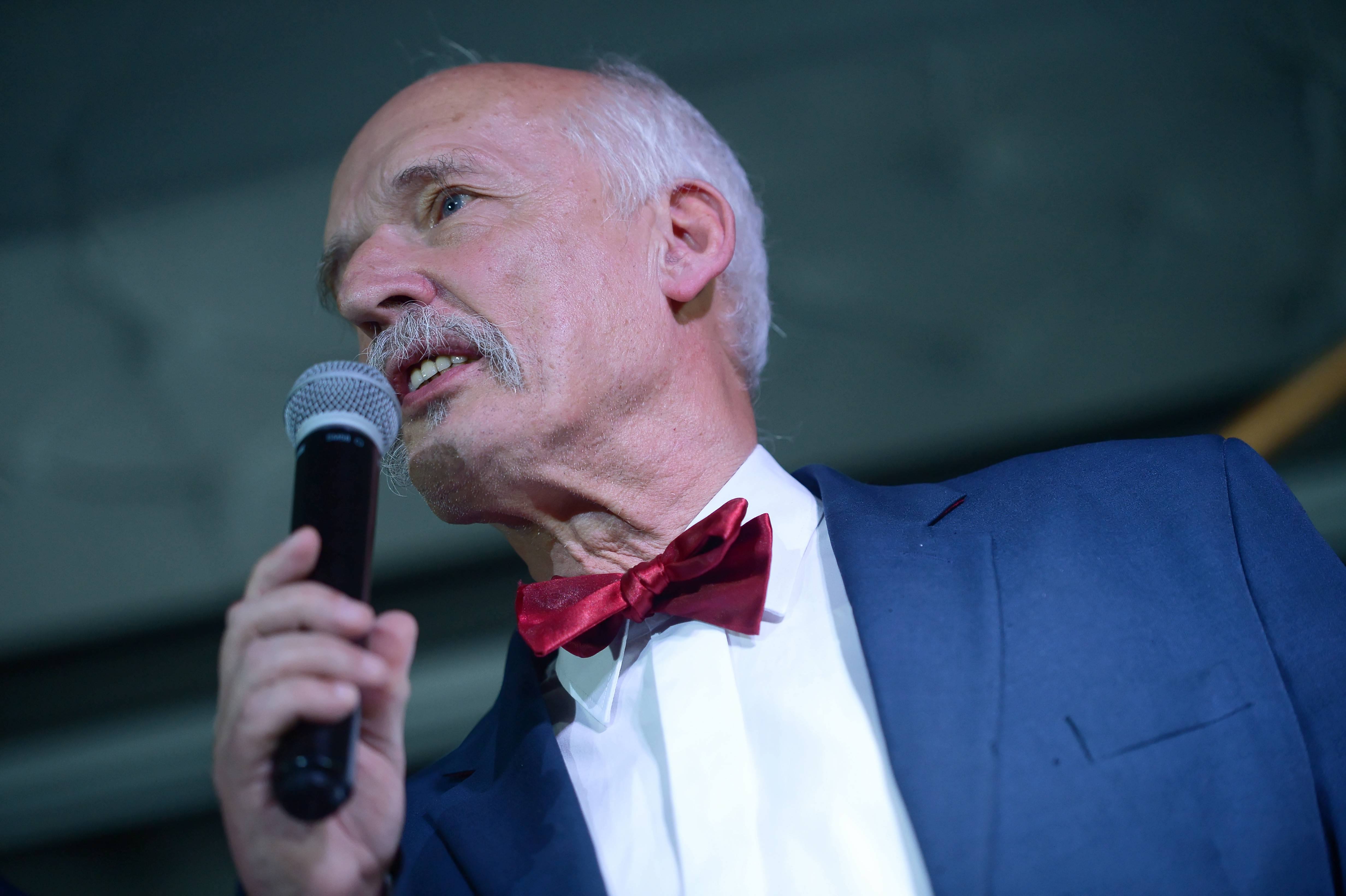 Buzek, who was first on the Coalition lists in Śląsk, said: “We built a coalition, a difficult one, it was not easy to be in it. Not only for us, but also for our partners. It was the first attempt and we didn’t quite understand each other. I can say something about how such coalitions are being built, because I had a five-party coalition for four years - and as time passed, it was getting better, but the first weeks were the worst.”

The other future MEPs with the highest number of votes were Janina Ochojska-Okońska (KE), the founder of Polish Humanitarian Action, Tomasz Poręba (PiS), for whom it will be the third term in the EP, Ewa Kopacz from Civic Platform and Patryk Jaki (PiS) who may have lost the elections for Warsaw mayor, but who will now move on from being the deputy minister of justice to representing Poland on the European stage. 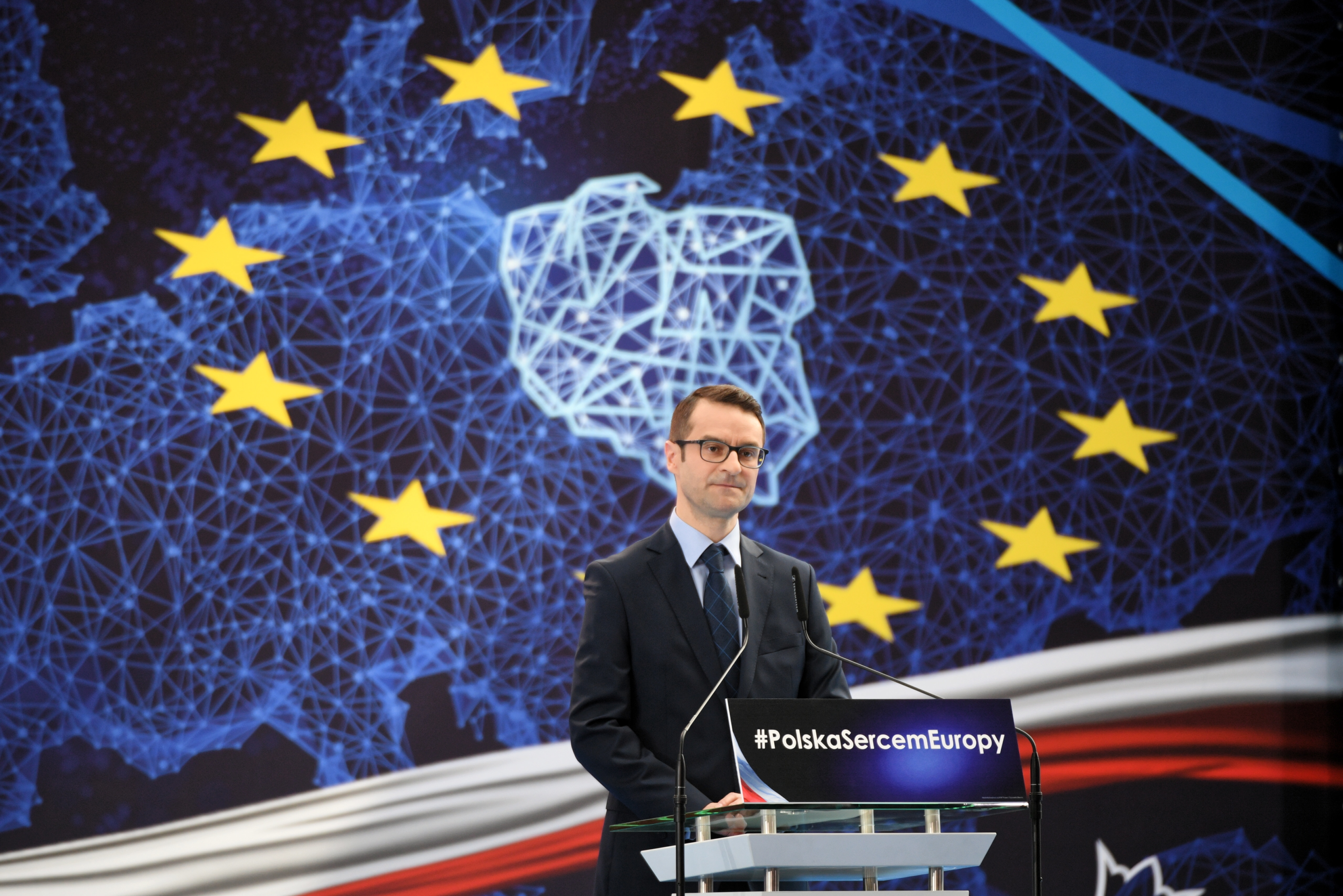 For Tomasz Poręba (PiS), this will be his third term in the European Parliament. Darek Delmanowicz/PAP

There are some surprising losers as well, politicians with experience in the European institutions or Polish government, whom the voters no longer wish to see in Brussels or Strasbourg. Konstanty Radziwiłł, former Minister of Health, who was third on the Law and Justice list is one them, as is Joanna Mucha, Civic Platform Minister of Sport. Jarosław Wałęsa, the son of president Lech Wałęsa didn’t make the cut, despite being in the EP since 2009.

Poland will hold presidential election on May 10