Wish you were beer: Man builds ‘first of its kind’ Irish pub on his Warsaw roof to hang out with pals

Irishman Brian McCarthy has fulfilled a childhood dream by building a pub on the terrace of his Warsaw apartment.

The 36-year-old oil and gas specialist from Cork believes that he has fulfilled his Irish national destiny by creating the wooden shed-style pub.

“I’m Irish so it’s natural. In fact we were born to do this,” Brian tells TFN with a messianic glint in his eye. “I would say that I’ve wanted my own pub since I was a baby,” he adds without irony.

“I have the best of both worlds. I can go out with my friends, but when I come back I have a pub at home. I’m living the dream!” he says.

Brian is quick to point out that he does not sell alcohol: “Everyone asks that, but it is totally just for friends and family to come over to have some craic,” he assures.

“The structure isn’t nailed or screwed down to the floor, so it’s totally legal,” he adds. 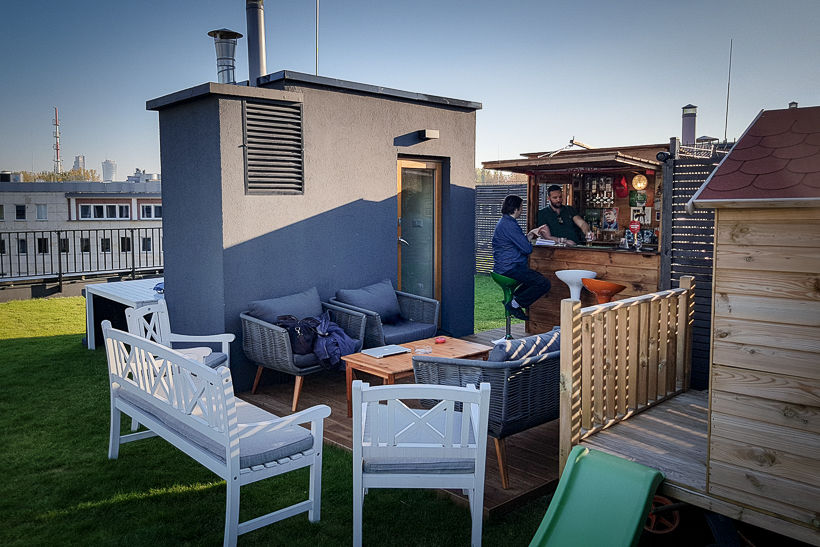 The 160x120 cm custom-made rooftop McCarthy’s Bar is quite possibly the first of its kind in Poland.Kalbar/TFN

The 160x120 cm custom-made pub is quite possibly the first of its kind in Poland. “I don’t know anyone who has done something like this in Warsaw. Back in Ireland you can buy garden bar sheds everywhere, but I couldn’t find anything here,” he explains.

“I thought about getting one shipped over but then I met Roman a carpenter, who made it for me based on a design I did myself. I honestly believe it’s a first,” he adds.

As we sit at the bar on a warm October afternoon enjoying a Pilsner and listening to Dirty Old Town by the Pogues over Bluetooth speakers, Brian takes me on a tour of the fixtures and fittings.

“Some of the Guinness memorabilia I bought online, but most of the decorations are things I’ve collected and that mean something to me,” he explains.

Politics and history feature heavily. A framed copy of Ireland’s proclamation of independence from the United Kingdom from 1916 hangs proudly opposite an iconic image of Donald Trump and also his trademark red baseball cap with the words “Make America Great Again”.

Family and friends are very important to the likeable Irishman, and generosity and hospitality and traditional Irish values that he holds dear. 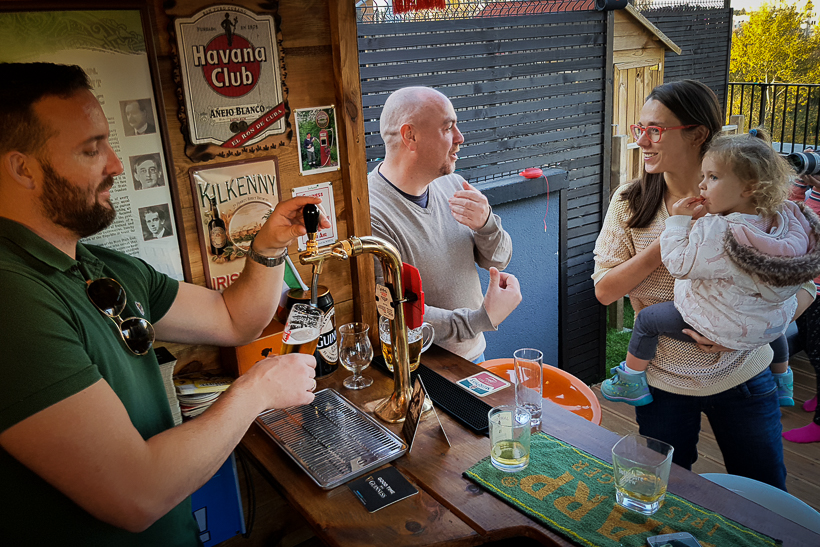 Family and friends are very important to the likeable Irishman and he holds the traditional Irish values of generosity and hospitality dear and it’s all for free.Kalbar/TFN

“At my daughter’s christening in the summer we had forty friends and family over from home at the bar plus people from Warsaw. It was great craic. That’s what it’s all about at the end of the day,” he explains.

Brian jumps behind the bar and pours a couple of glasses of Bushmills Irish whiskey and we get down to the serious business of money.

“I reckon all in everything included I’ve spent about PLN 15,000 on the whole project. It’s been worth every penny though,” he explains.

“One thing that surprised me was that it is quite hard to buy the kegs. You have to order them a week in advance and then they need to be drunk quite quickly or else the beer will go off,” he adds.

Brian has been living in Poland on and off for about 12 years but working in the oil and gas industry means that he can be away from his wife and children for months at a time.

“When I’m away, it’s great to know that the pub is waiting for me at home, it just screams at me,” he says.

A moment of nervousness occurs when Brian’s wife, attractive mum-of-three Małgosia, arrives home from work to find her husband spending yet another afternoon drinking in his pub. 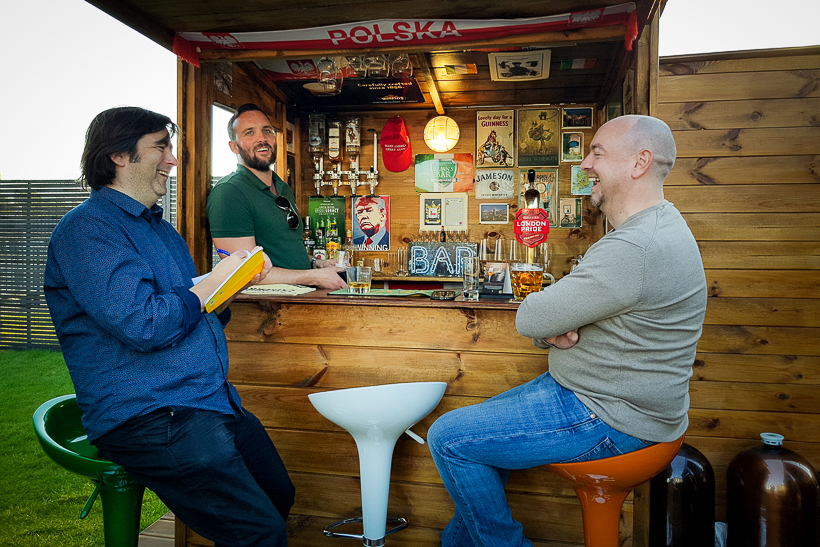 TFN reporter Stuart Dowell (L) chats with ‘landlord’ Brian and a pal who popped in for a tipple.Kalbar/TFN

All tension dissolves though when she shares her thoughts on her husband’s man-project.

“At first I thought he was crazy, but then I thought at least he will be home more often,” she philosophised.

“Now I really like it. My friends come over all the time now, although we spend a fortune on alcohol,” she says.

As the friendly and charming couple get the bar ready for Małgosia’s birthday party later in the evening, some early guests arrive.

Chris, a business systems consultant from Liverpool, can’t hide his enthusiasm: “I absolutely love it!” he says.

Brian hadn’t decided on a name for his pub when I arrived earlier in the afternoon, but as I got up to leave he said: “You know what, I think McCarthy’s Bar sounds good.

“Yes, I like that. It’s always happy hour at McCarthy’s Bar.”