Those who dream of gazing out onto a blossoming meadow in their back garden or seeing a wild sea of poppies in front of their work space have had their dreams turned into reality thanks to the concerted efforts of Łąki Kwietne, a firm based just outside of Warsaw.

Retailing ready-to-sow, ecologically-minded seed sets to all those that wish to introduce a touch of untamed nature to their everyday life, the firm was founded by Karol Podyma and has combined his eye for business with his concern for the environment. 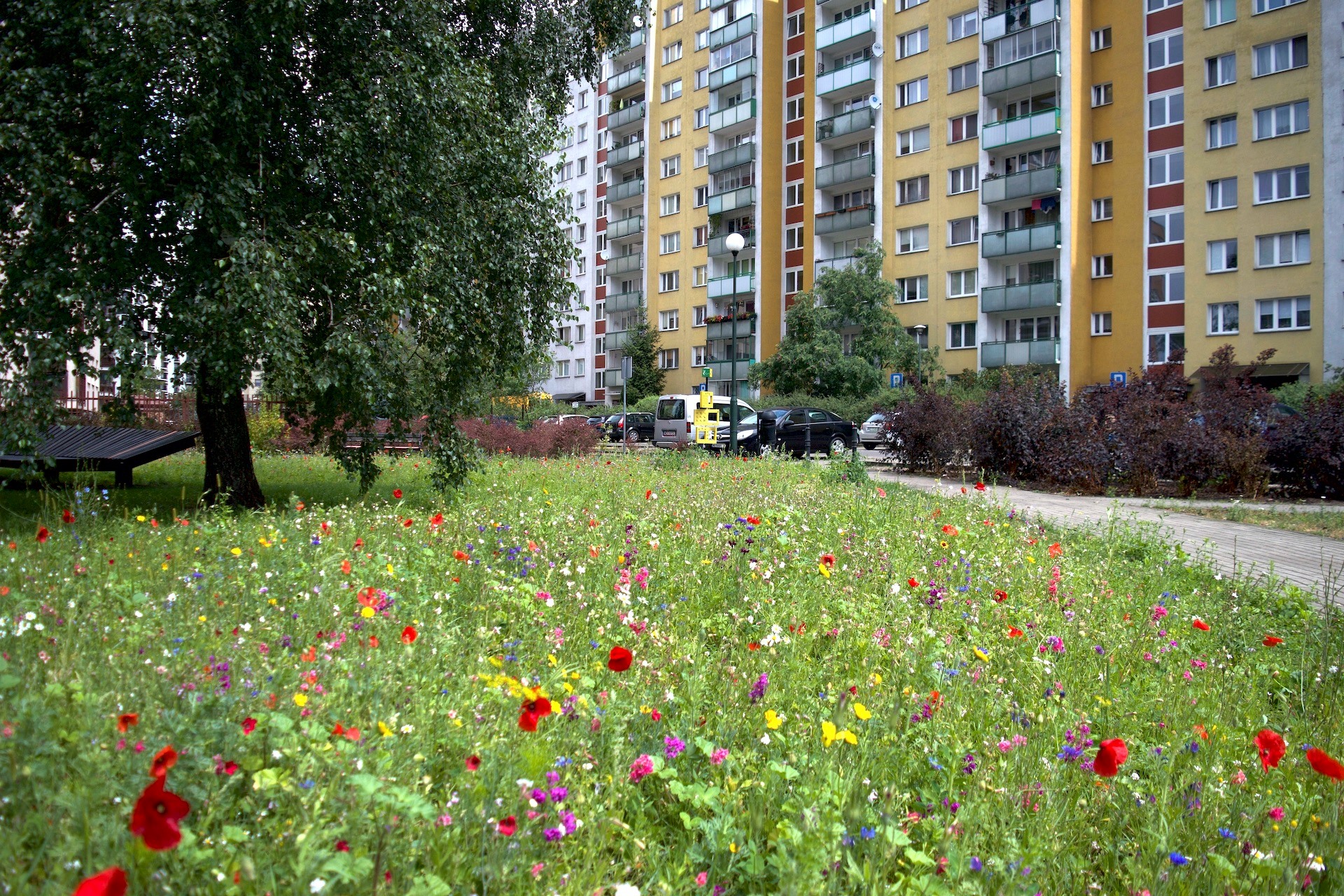 Largely inspired by the growing need to protect pollinators such as bees, urban meadows have also proved effective in countering smog and retaining the water levels found in soil.Łąki Kwietne/Facebook

“My business is first and foremost a passion,” Podyma told mambiznes.pl. “I come from a family of botanists, I have the nature of an activist and I care about protecting biodiversity and supporting Polish nature.”

Having been convinced by his father to look into the properties and benefits of cultivating wild flowers, the eco-entrepreneur initially established a foundation educating and promoting the value of ‘urban meadows’; over time, however, the project was monetized and successfully developed into a business. 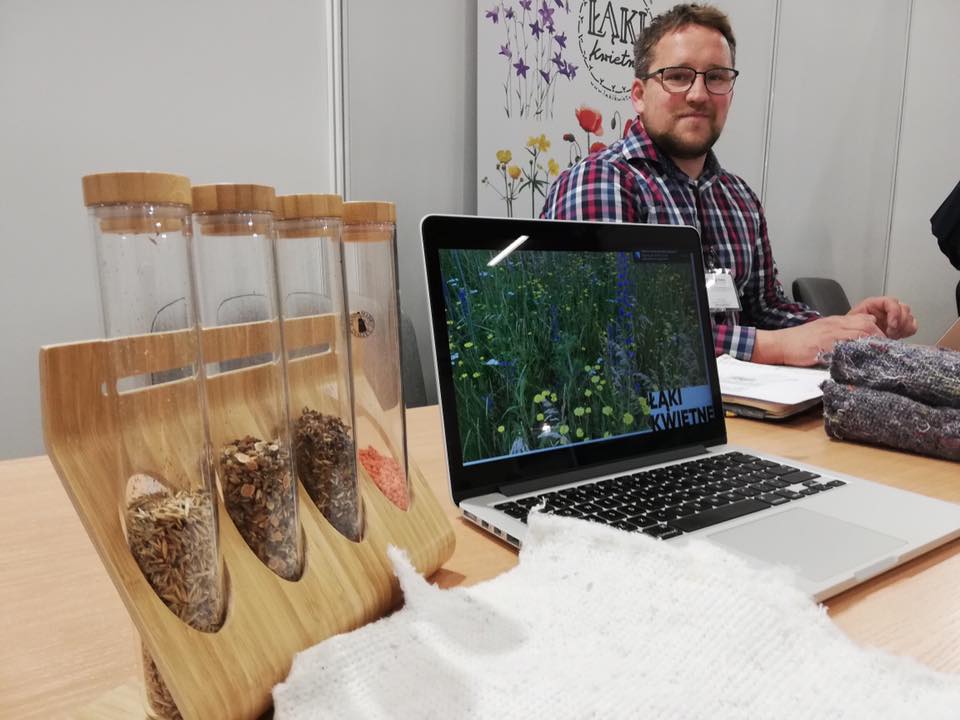 Urged on by his father, Karol Podyma combined his eye for business with his concern for the environment to launch Łąki Kwietne.Łąki Kwietne/Facebook

Turning their backs on more traditional green features such as a neatly cultivated flowerbeds and lawns, more and more international and domestic cities (for instance, Warsaw and Katowice) have instead sought to introduce wildflower meadows to their urban tissue.

Largely inspired by the growing need to protect pollinators such as bees, the urban meadows that have subsequently sprung up around the world have also proved effective in countering smog and retaining the water levels found in soil. Furthermore, with so little upkeep required, their money-saving qualities have not been lost on cost-conscious councils. 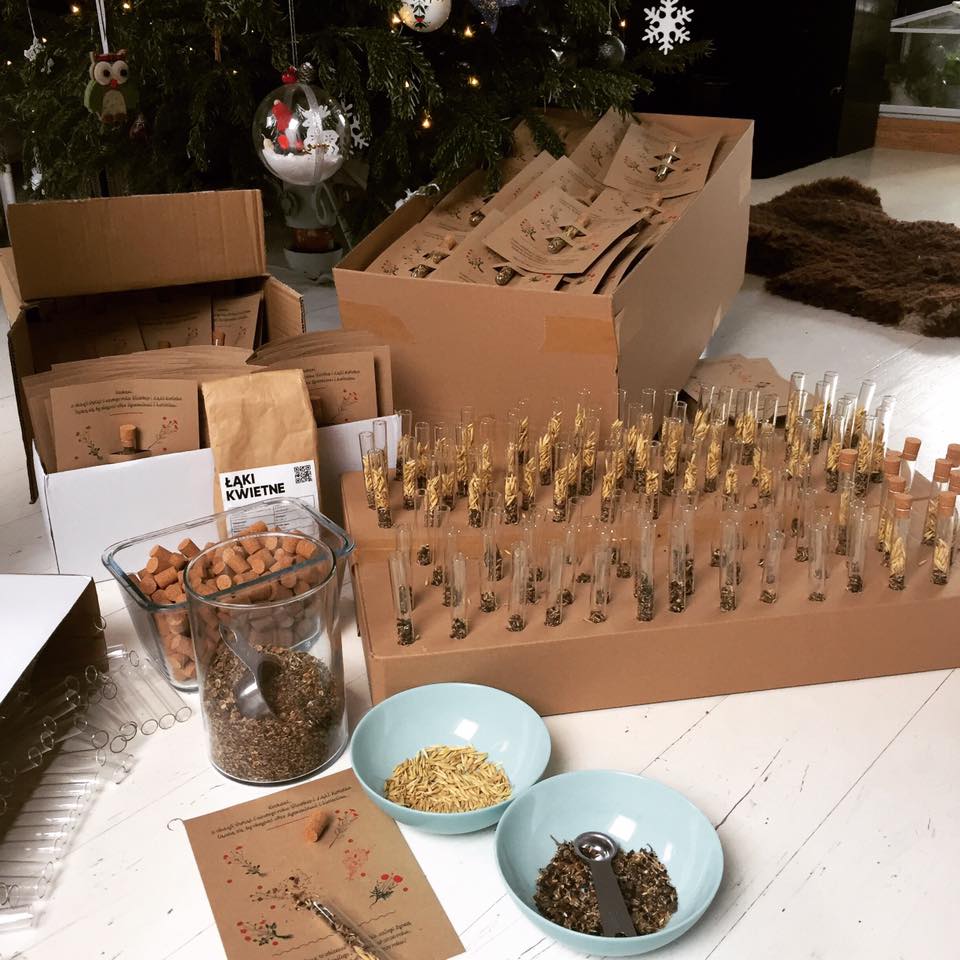 Aside from selling seed sets, Podyma has extended his service to provide advice for municipalities both in Poland and beyond.Łąki Kwietne/Facebook

By his own estimate, last year alone saw Łąki Kwietne sell enough seeds to cover an area of one million square metres.

But in Podyma’s case, not only does he specialize in selling sets featuring the seeds of poppies, marigolds, buttercups and more, but his services have now extended to advising municipalities and international experts. In recent times, consultations have been provided to bodies in Belarus, Ukraine and Russia. 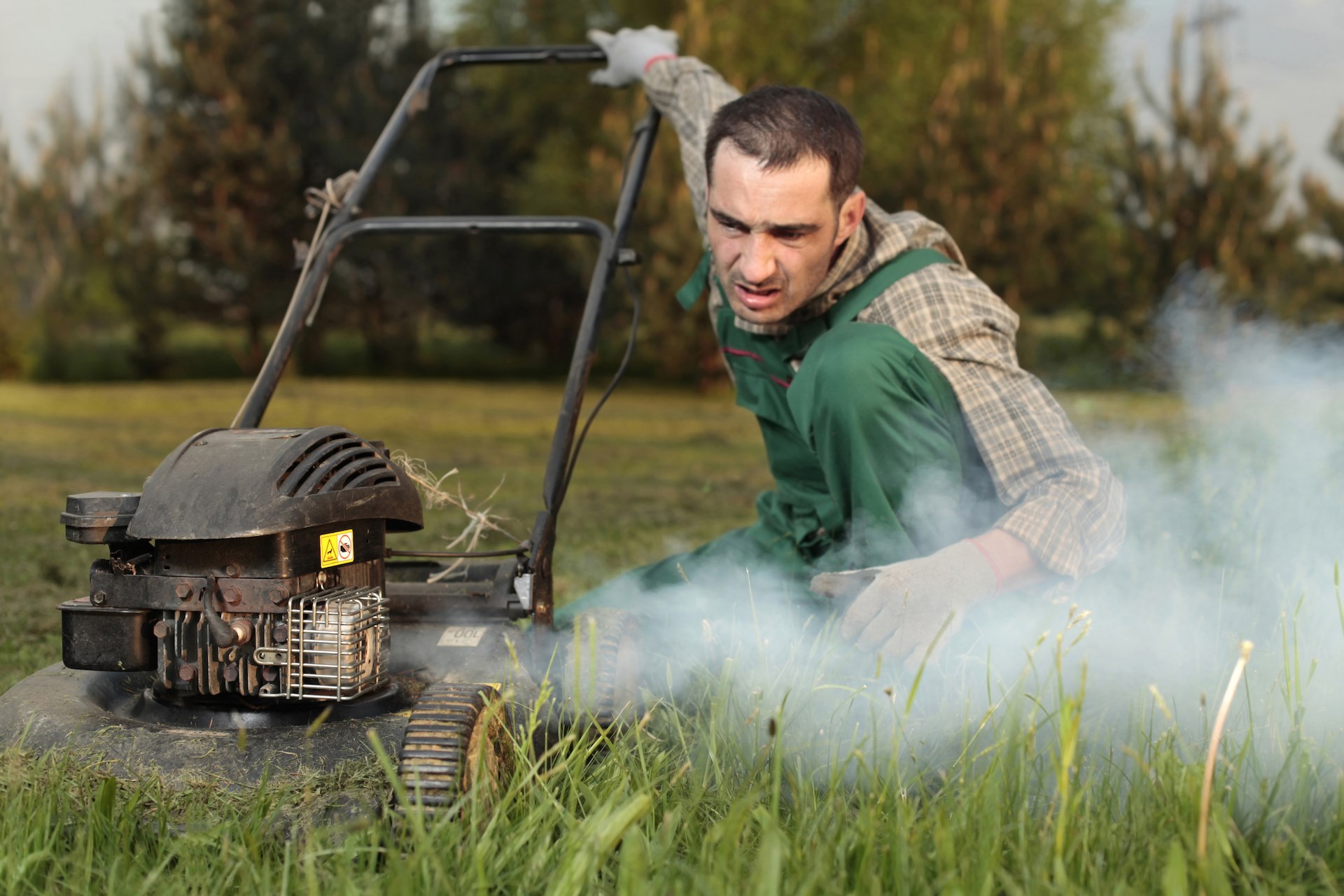 “It’s worth stating that, given our climate, trimmed grass lawns are very unnatural,” he says. “Maintaining their aesthetic appearance demands a lot of work as well as expenditure on chemicals, fuel and water; ecologically-speaking, these lawns are comparable to concrete.

“In addition, the maintenance of such lawns can often be associated with the use of ‘garden chemicals’ which can be harmful to animals and people.” 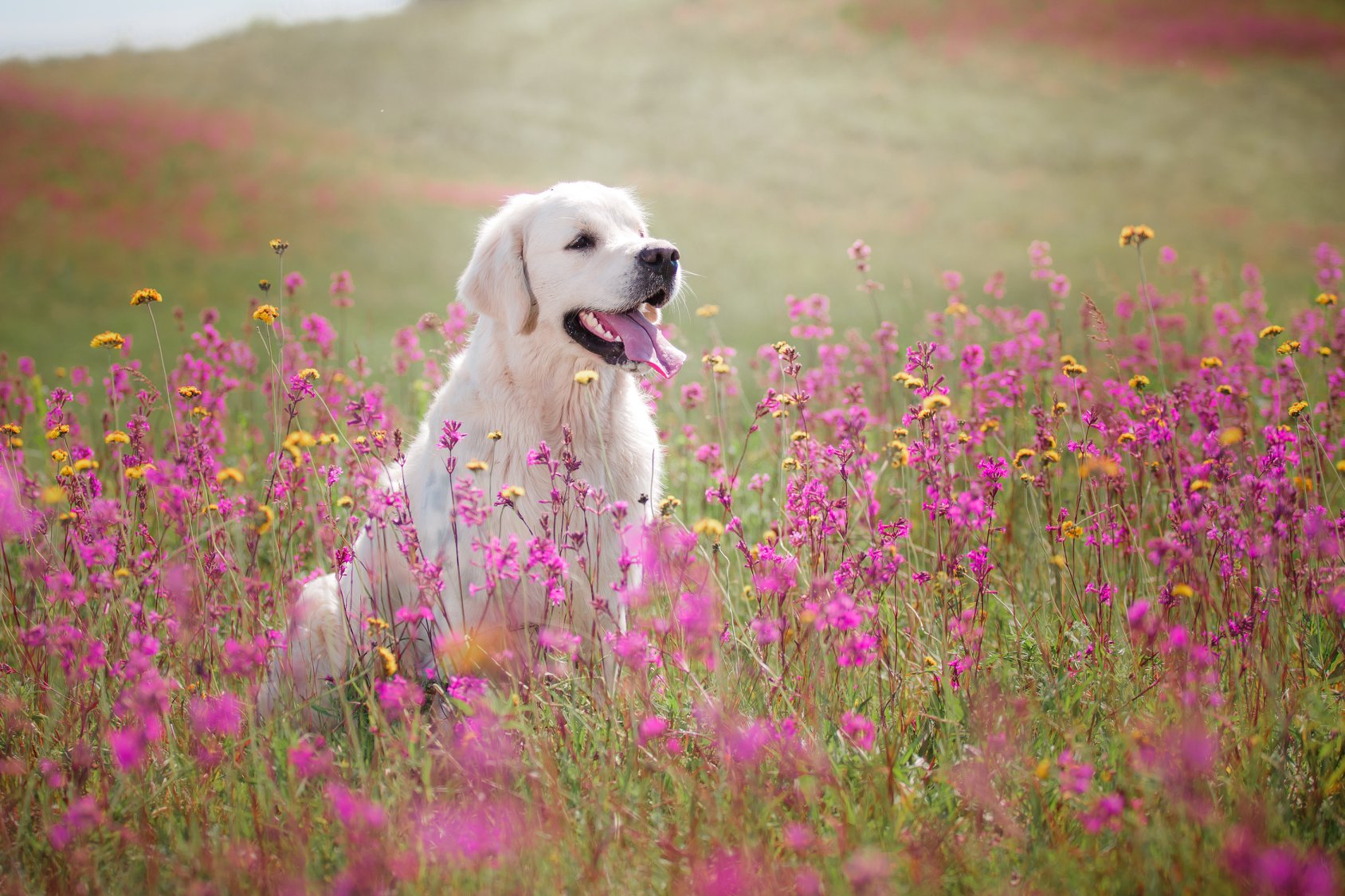 According to ecologists, the meadows can provide protection for crops whilst also creating a more varied and evenly distributed food base for bees.Łąki Kwietne/Facebook

According to ecologists, the benefits of sowing wildflower meadows are far-ranging. For farmers they have the potential to provide protection for crops, whilst beekeepers have noted the positive effect they have had in providing a more varied and evenly distributed food base for their bees during the so-called ‘growing season’.

Neither are built-up areas excluded from the benefits with these meadows credited with filtering pollutants from the air, suppressing traffic noise and preventing the formation of urban heat islands. 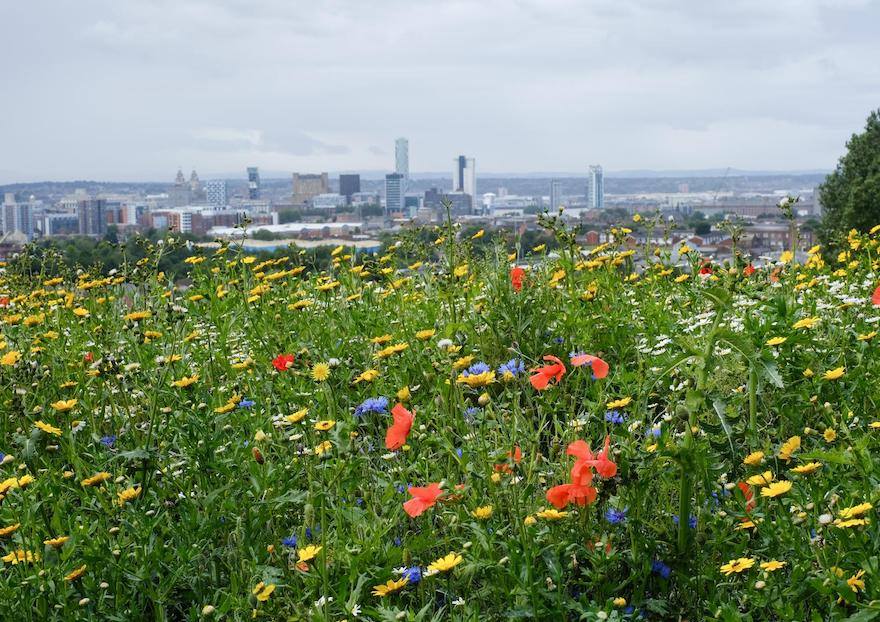 The ease with which a meadow can be created is also seen as an added boon; sown in a season featuring adequate rainfall, they will frequently require no further watering.

And with many of these flowers viewed or classified as ‘natural weeds’, no special treatment or mowing is necessary ensuring they aren’t just a picturesque measure in the battle for an eco-friendly future, but a practical one as well.

Gdynia bees get TLC with help from artificial intelligence