This is the extraordinary moment a man was spotted stripping to his briefs before wading into a freezing lake to rescue a drowning deer.

Wearing only black underwear and a woollen hat, the mystery man was captured on camera by a local passerby, plunging into the subzero waters in Poznań.

After reaching the struggling animal, the man is then seen plucking it out of the water before ploughing his way through the broken ice to the safety of the shore. 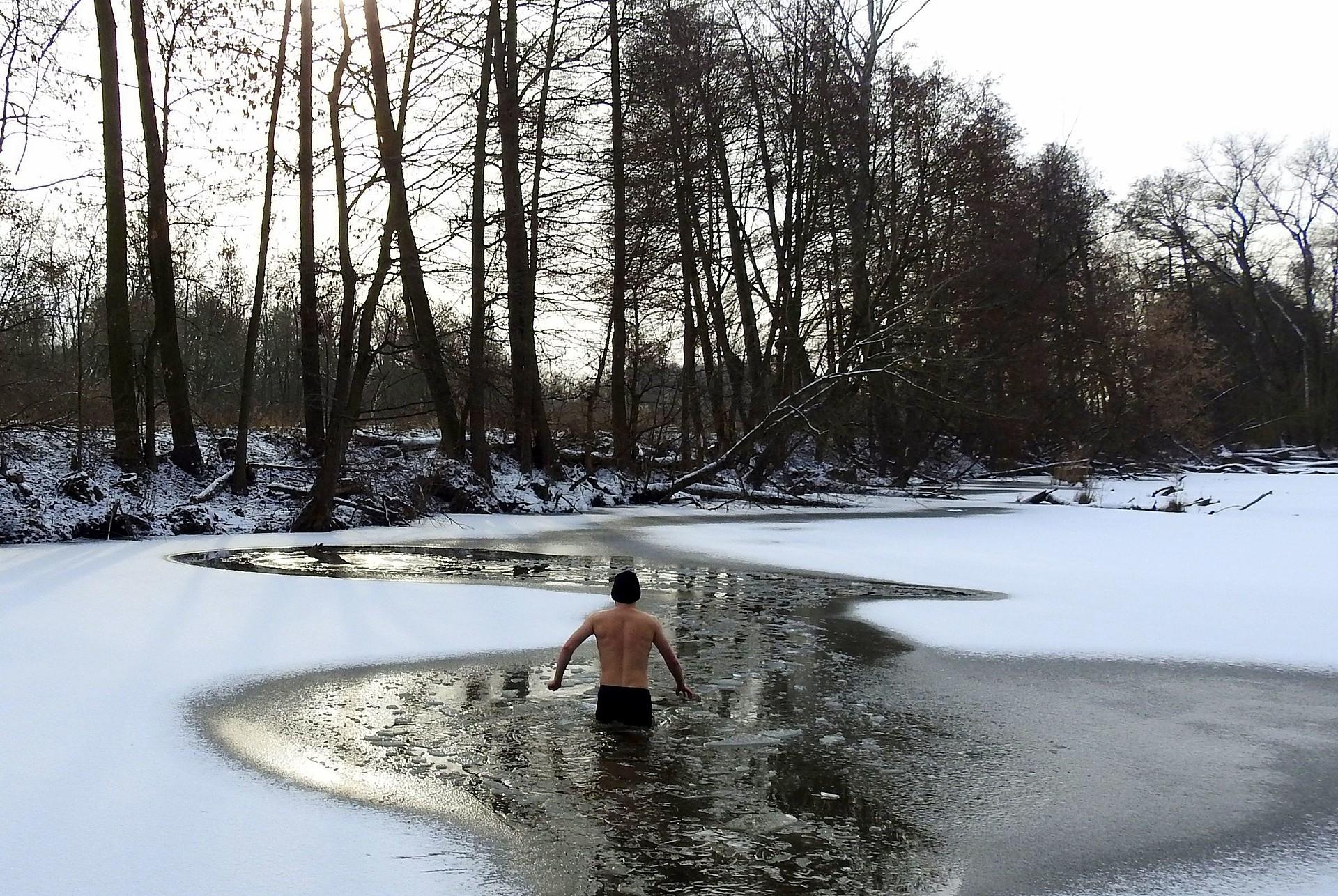 The man stripped off before swimming through temperatures of minus 10 to reach the struggling deer.Tomasz Zdulski

Stunned eyewitness Tomasz Zdulski who had been out for a stroll when he spotted the drowning deer told TFN: “I noticed a baby roe deer which had fallen through the ice while trying to cross the lake.

“The poor animal swam back and forth in panic, unable to get out, and it was losing strength with every moment trying to break through the ice.”

Not knowing what to do, Zdulski tried calling the police and fire brigade but after failing to get through decided to go and find help. 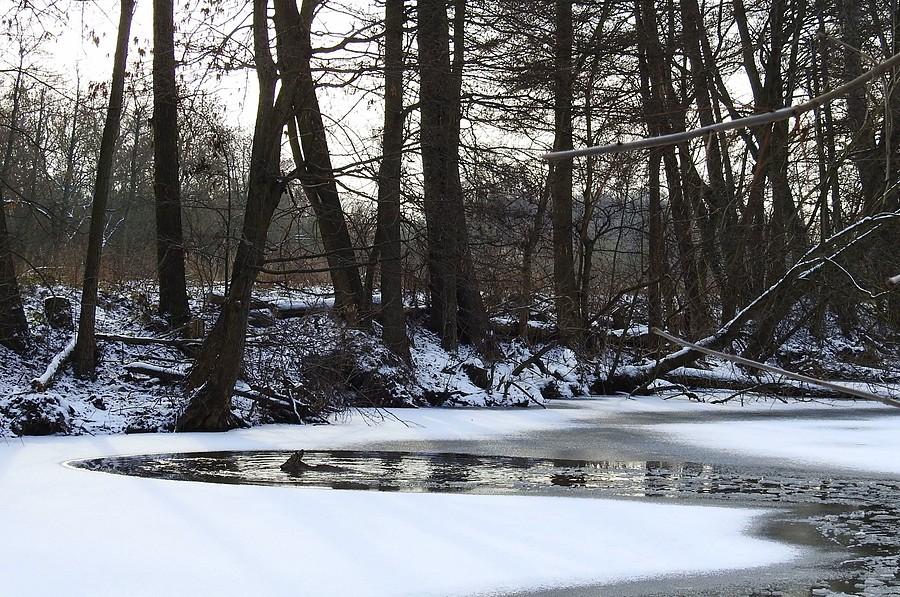 He said: “As I was walking, I was thinking that even if I managed to get help, it would be too late.

“It was when I was on the path and almost leaving the wood, that I came across two people.

“I asked them to avoid taking the path which leads to the animal as I was worried that the sight of humans would distress it more. 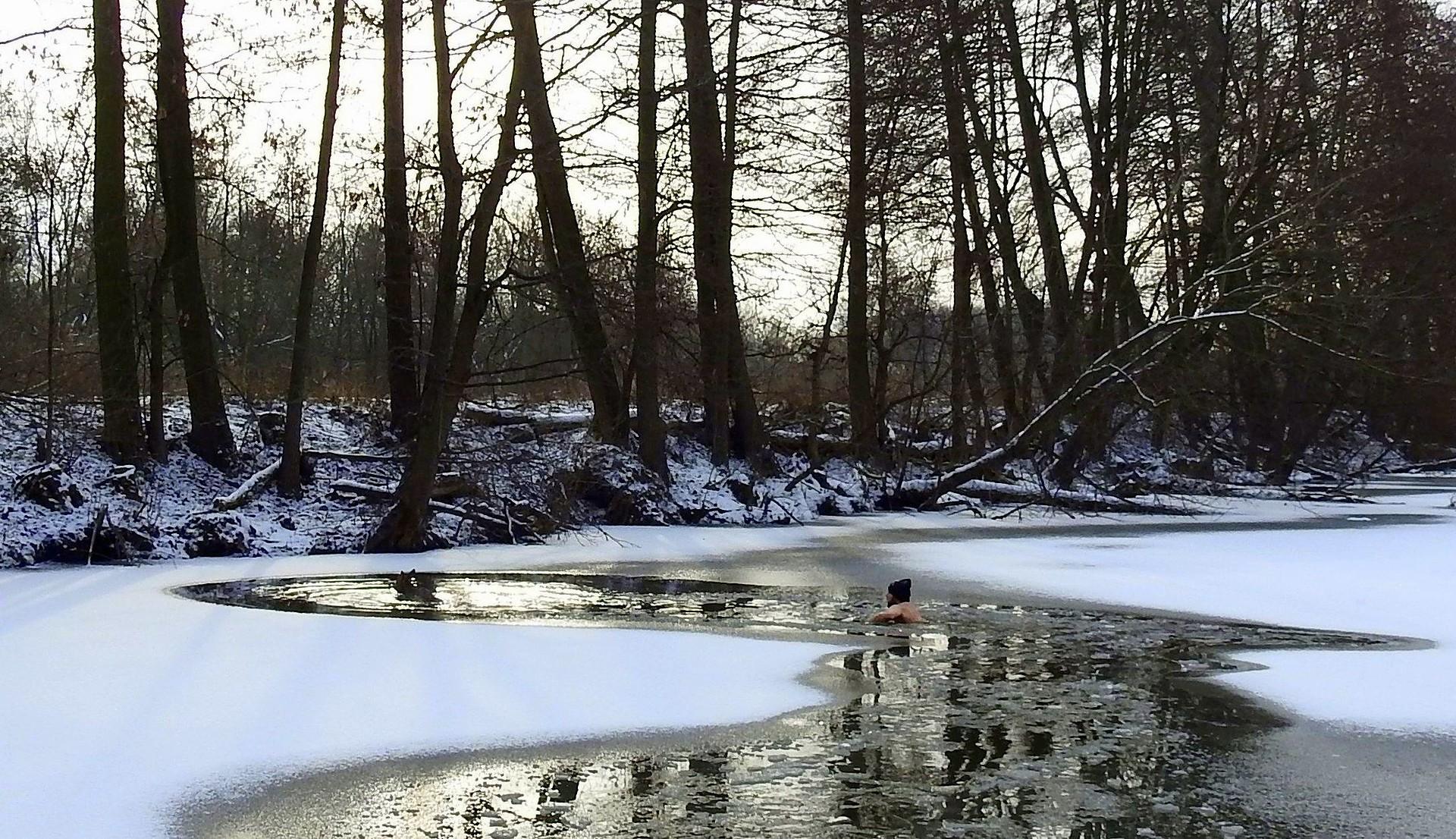 The mystery man has now been dubbed a ‘ local hero’.Tomasz Zdulski

“To my complete astonishment, they replied ‘but we’re going there to save it’.”

That was when the mystery man stripped off and plunged into the water.

Zdulski said: “In the rush of events, I was only briefly able to thank and congratulate ‘this hero’ – I’m not afraid to call him that. 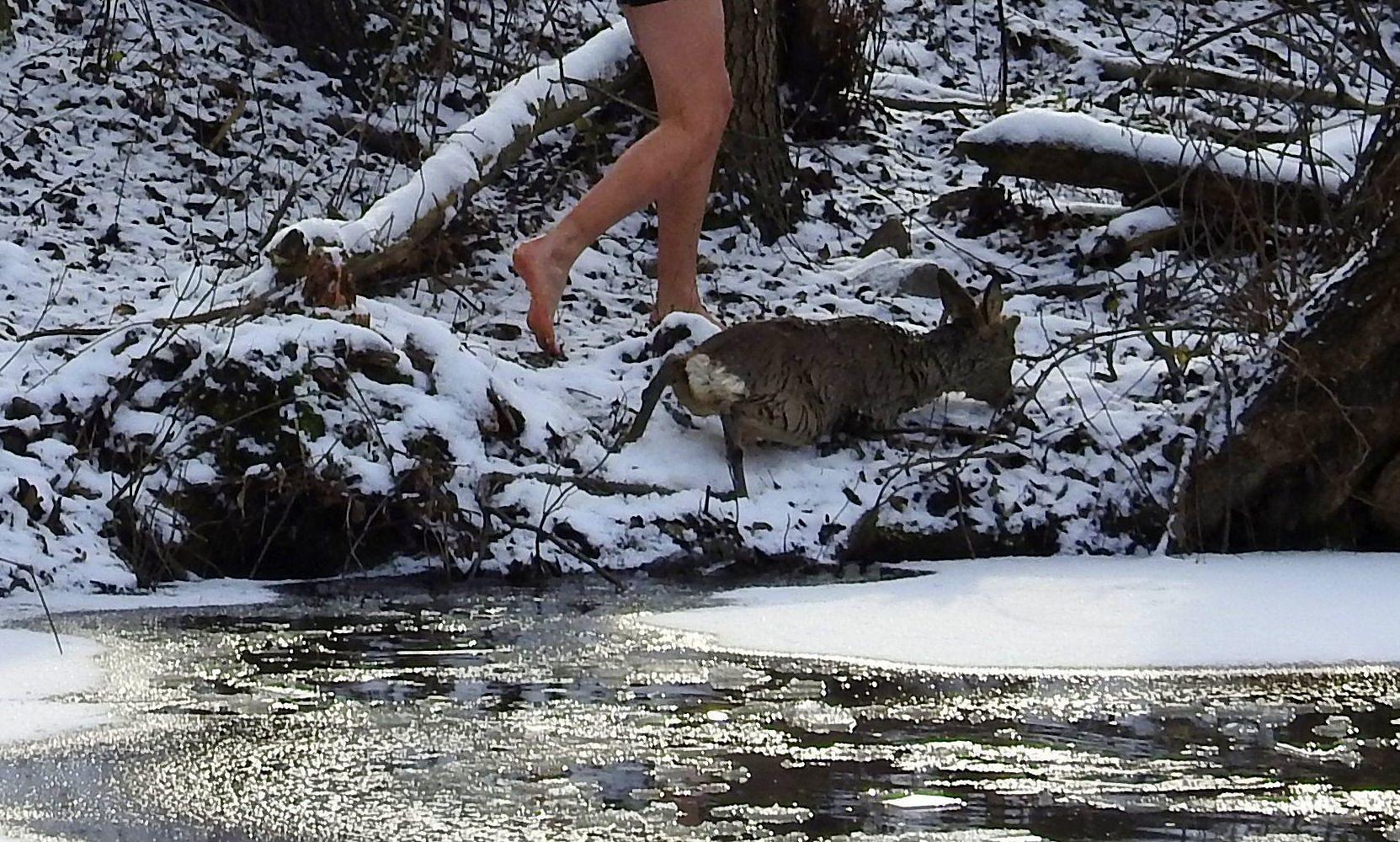 After taking the baby deer to safety, the man disappeared.Tomasz Zdulski

“I wasn’t even able to get his name. He did something I hadn’t thought of doing, yet it seems so obvious.

“Once again, thanks and a big applause for this great mystery man.

“Praise to the true hero. "

Do you know who the mystery hero is? Let TFN know.