A 19th century crypt has been unearthed during building work in the city of Świdnica, in south-western Poland.

As construction workers began levelling a slope on the city’s Plac Ludowy, a wall appeared from under layers of earth, followed by the crypt with handles, decorative elements and a zinc sheet.

According to local history website Świdnicki Portal Historyczny, it formed the last row of graves in the former St Nicholas Cemetery and probably comes from the second half of the 19th century, at the earliest. 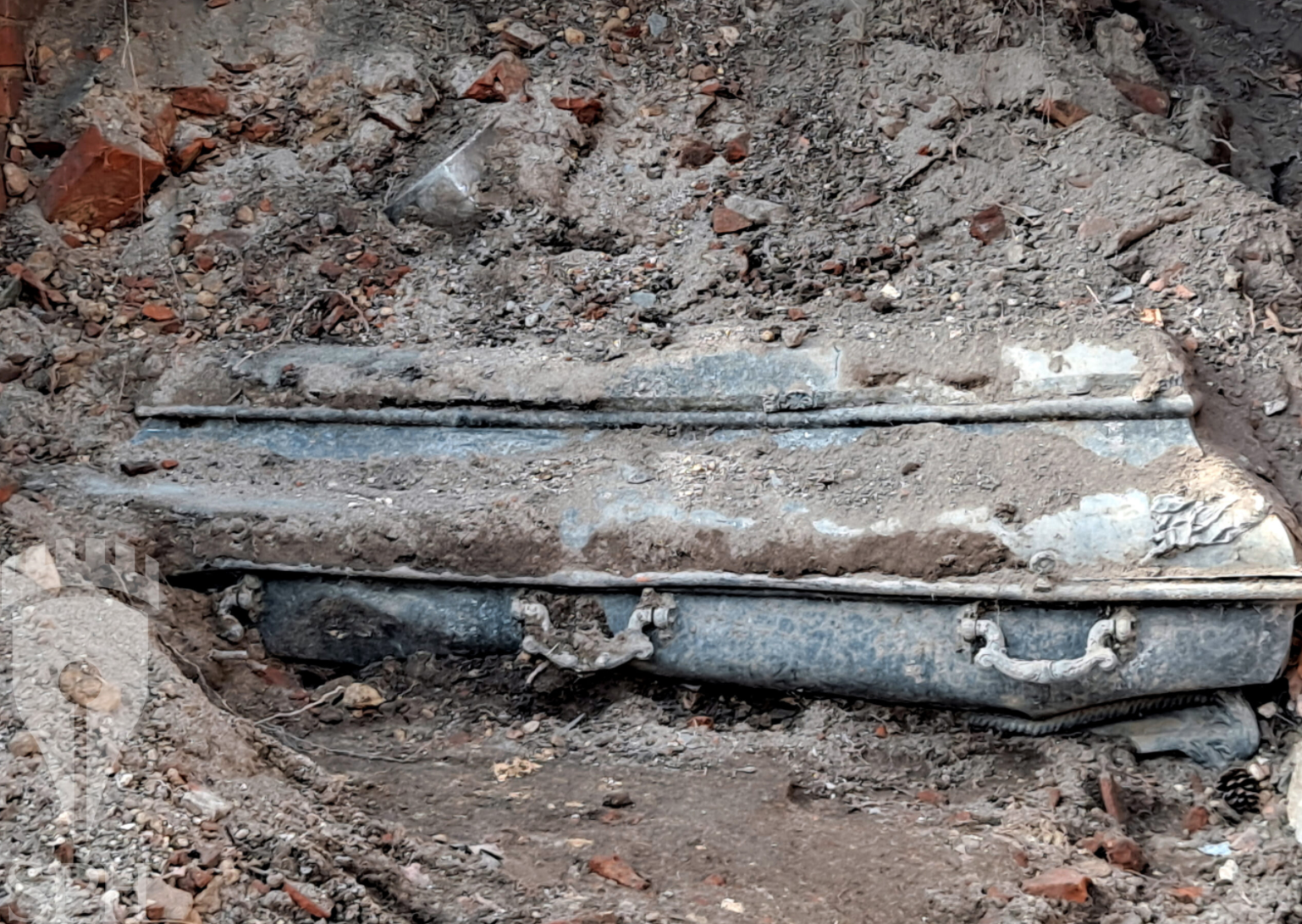 Sobiesław Nowotny from the Portal said: “This is quite an unexpected find.

“The coffin itself dates from the mid-nineteenth century, but it is difficult to say to whom it belonged.

“Coffins of this type were quite popular in the 19th century, although the poor were certainly not buried in them.

“The clergy associated with the parish church were also buried at the cemetery for Catholics.

In the case of this cemetery, it is also worth knowing that the victims (Catholics) of the cholera epidemic, which took place in Świdnica in 1868 and 1871, were buried there.” 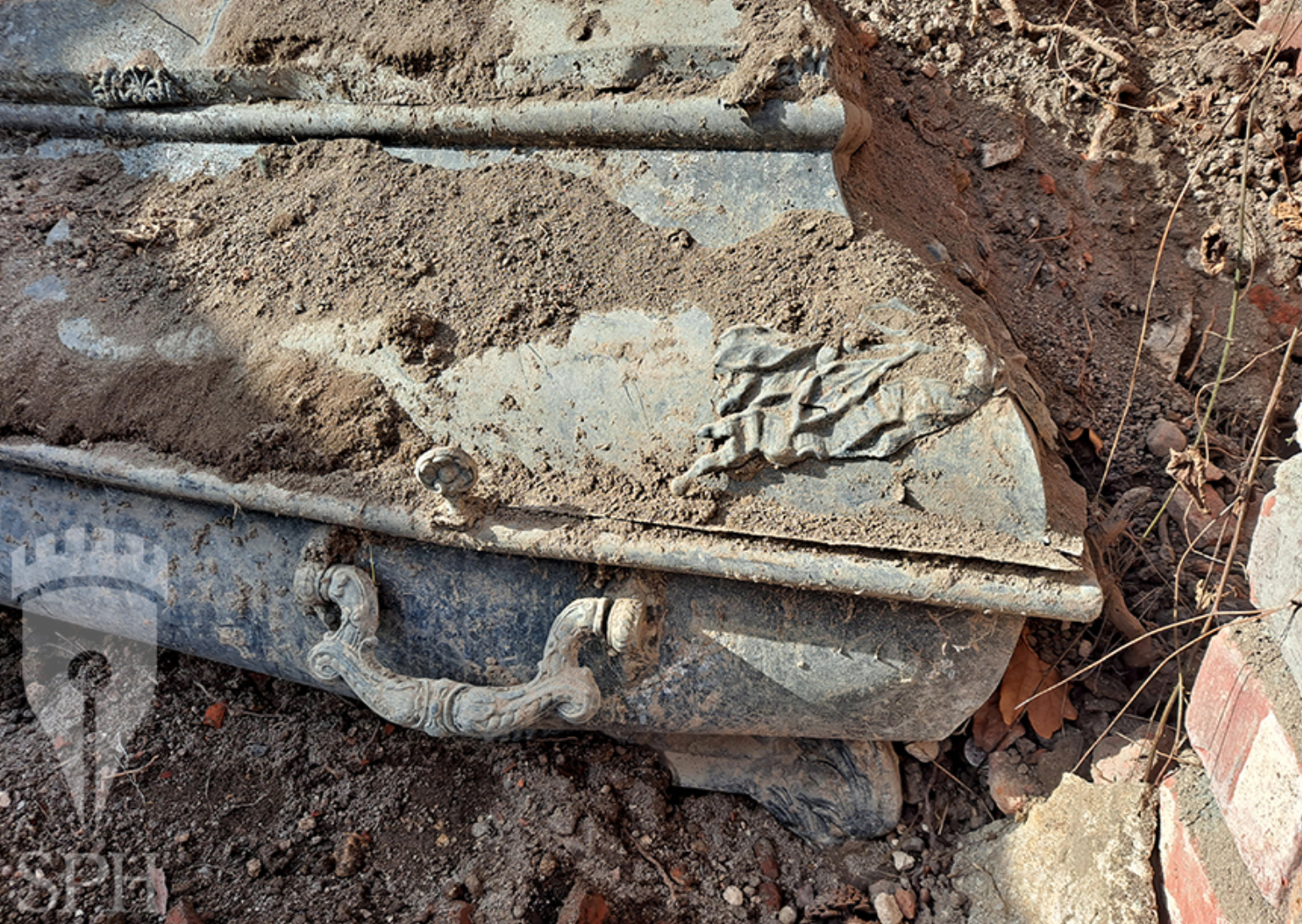 The coffin has handles, decorative elements and a zinc sheet.Świdnicki Portal Historyczny

After World War II, when Świdnica was incorporated into Poland’s borders, the former cemetery was levelled to the ground and turned into a park.

The coffin – which appears to have been unopened – was found on a brick floor inside the crypt, very close to one of its walls. 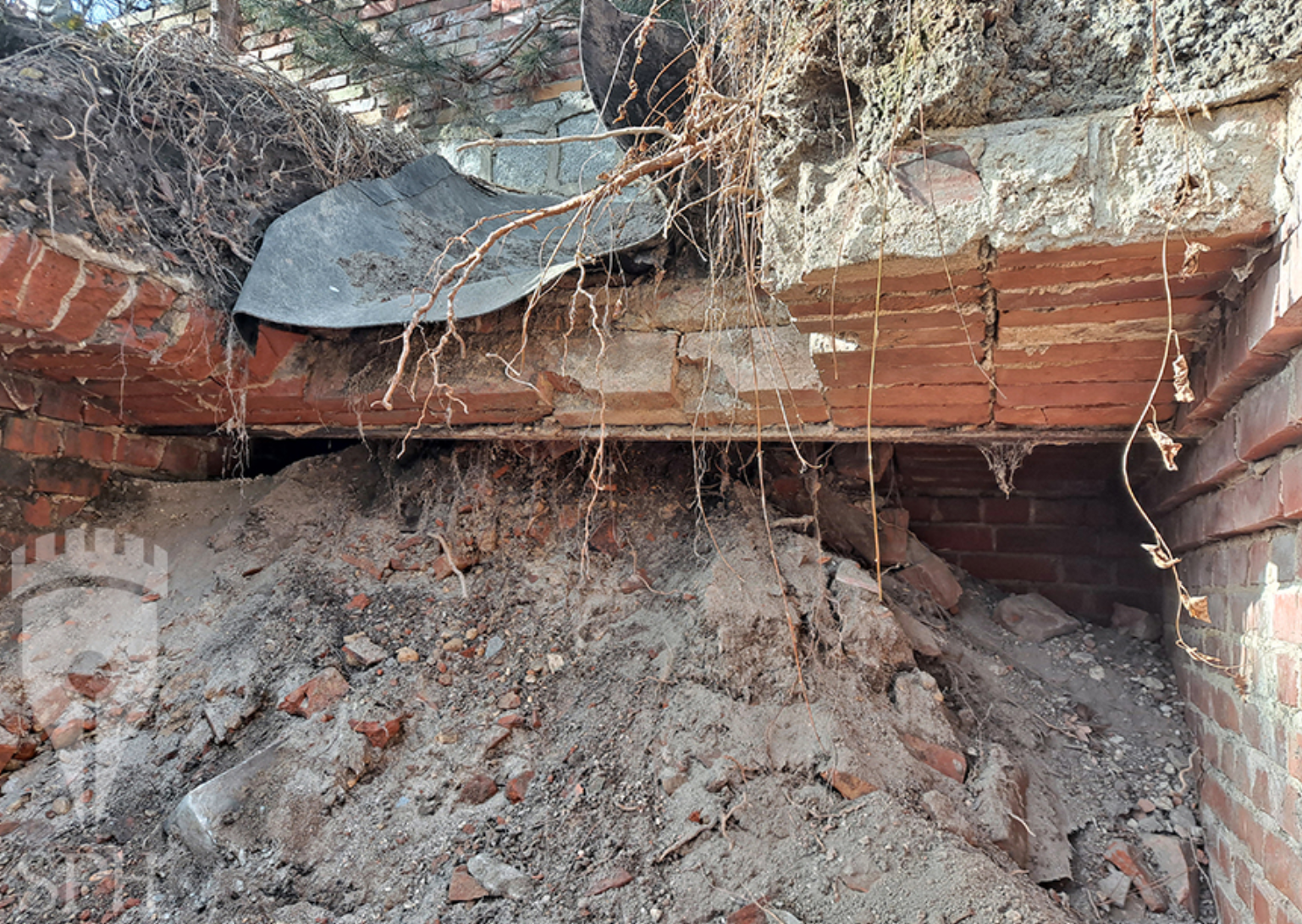 Construction workers were levelling a slope on the city’s Plac Ludowy when a wall appeared from under layers of earth, followed by the crypt.Świdnicki Portal Historyczny

According to Świdnicki Portal Historyczny, this suggests that there might be more coffins under the earth deep inside the crypt.

There could also be another burial chamber made out of bricks next to the crypt, it adds. 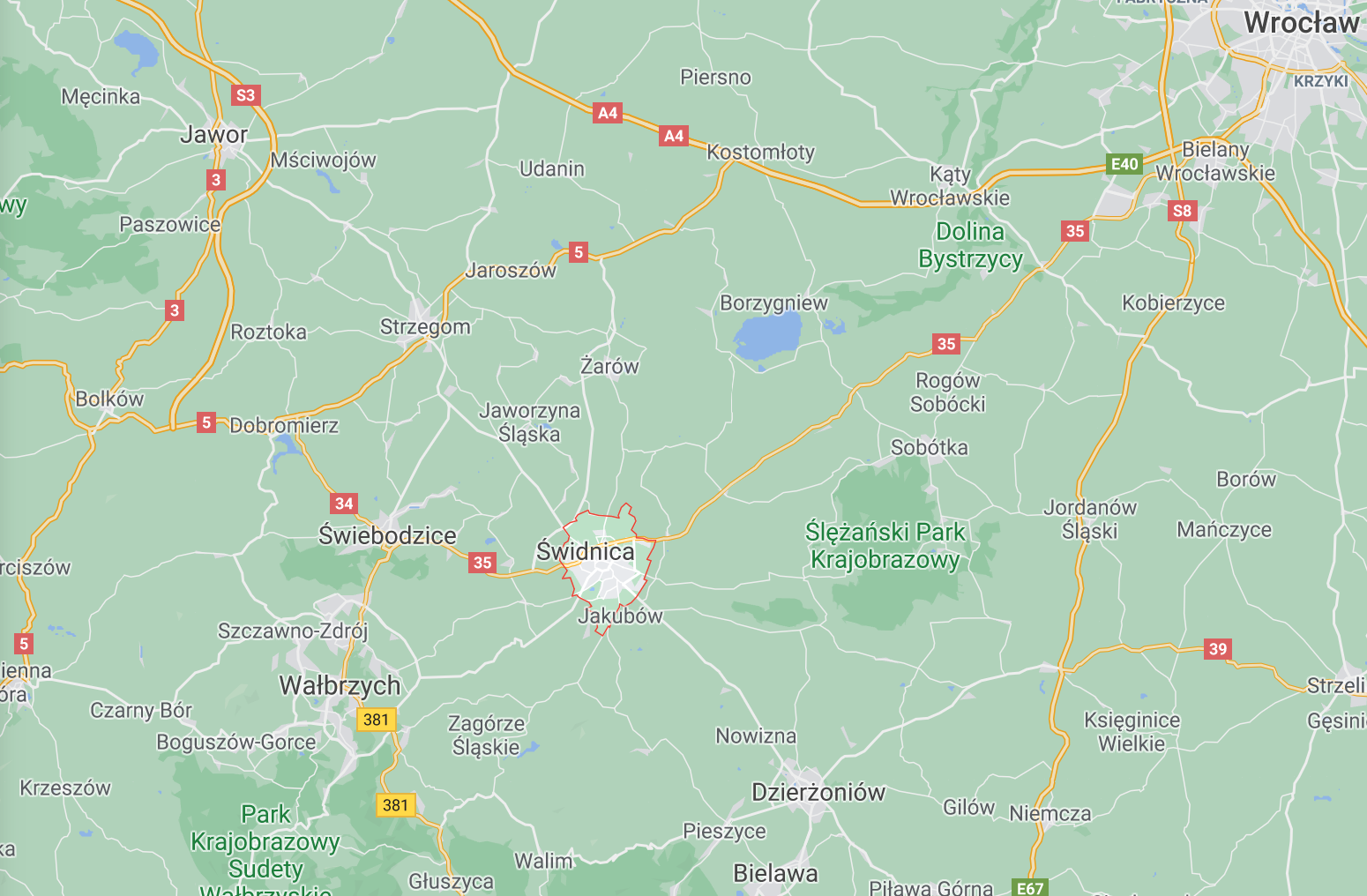 The crypt was discovered in the city of Świdnica.Google maps

According to archaeologist Marek Kowalski from a local branch of the conservator of monuments, the coffin probably belonged to an adult though nothing about its appearance indicates whether a man or a woman was buried inside it. 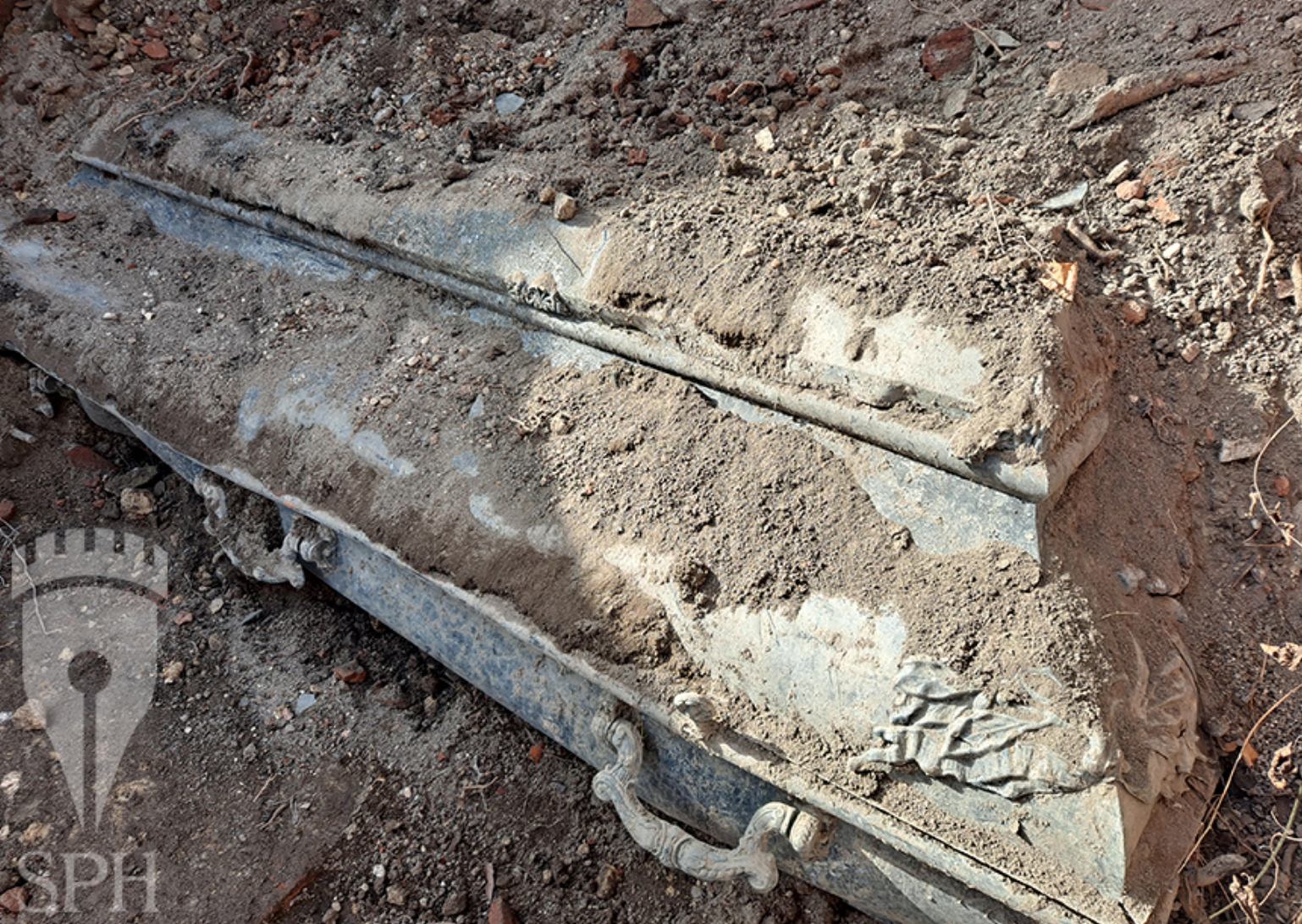 Marek Rusin from the prosecutors office said: “If it is possible to establish the personal data of people or persons buried here, they will be reburied in one of the currently active cemeteries at your expense.

“If we are unable to establish any personal details of the deceased, the coffins with the remains will be transferred to a forensic medicine facility in order to determine the sex, age and causes of death.”