When tattoo artist Maciej Chęsiak bought a 1-euro teapot from a village in Thailand, he had no idea that just a few years later he would end up living in one.

But after later visiting the Salvador Dali museum in Spain, globe-trotting Chęsiak returned to Poland and started building his own teapot-shaped house in Makowiska near Bydgoszcz. 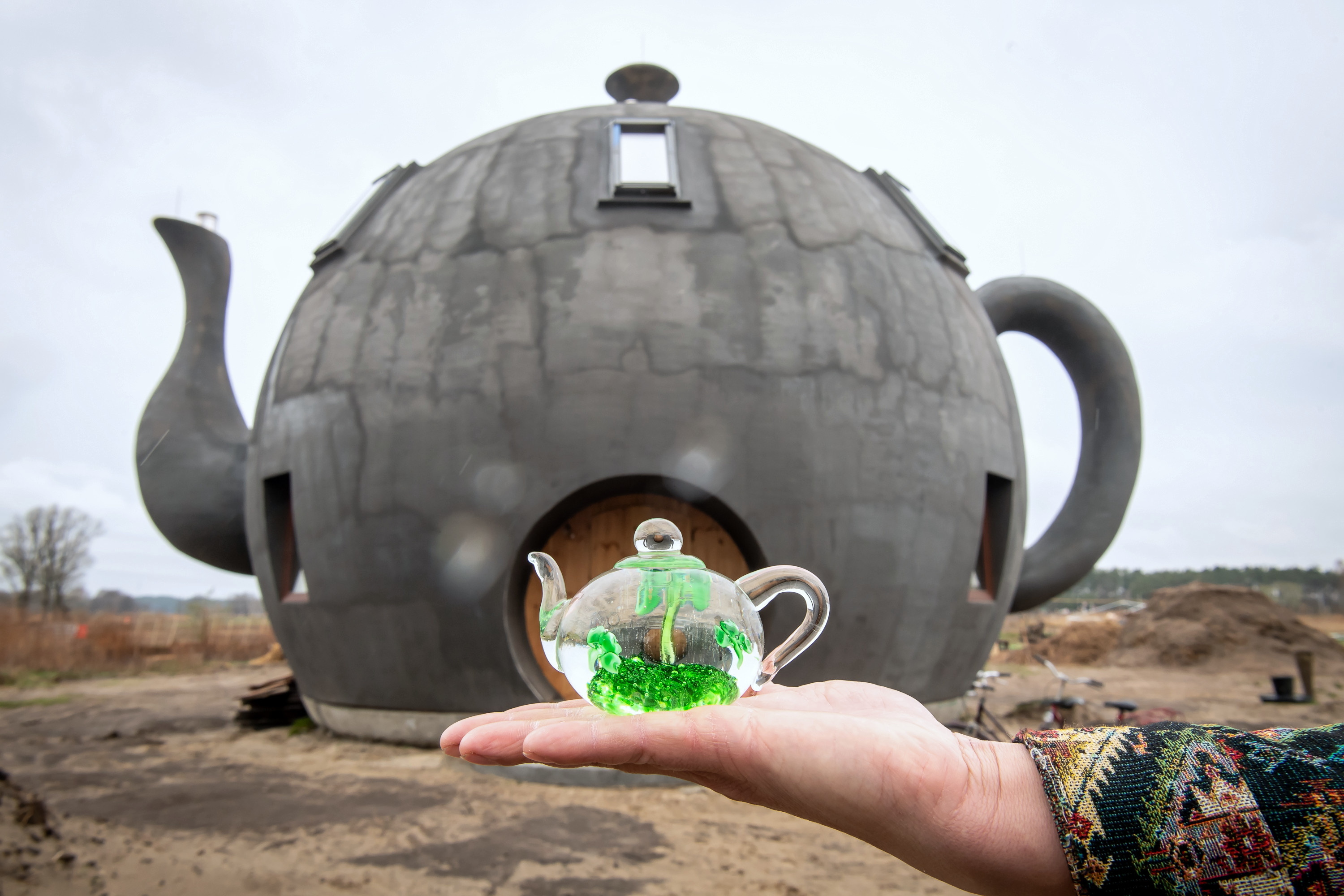 Maciej said he was inspired after buying a 1-euro teapot in a Thai village.Tytus Żmijewski/PAP

Associating teapots with warmth and family, Chęsiak said: “I thought if we're going to build a house, let’s not let it be ordinary.

"Hence the idea for the shape of the teapot house. 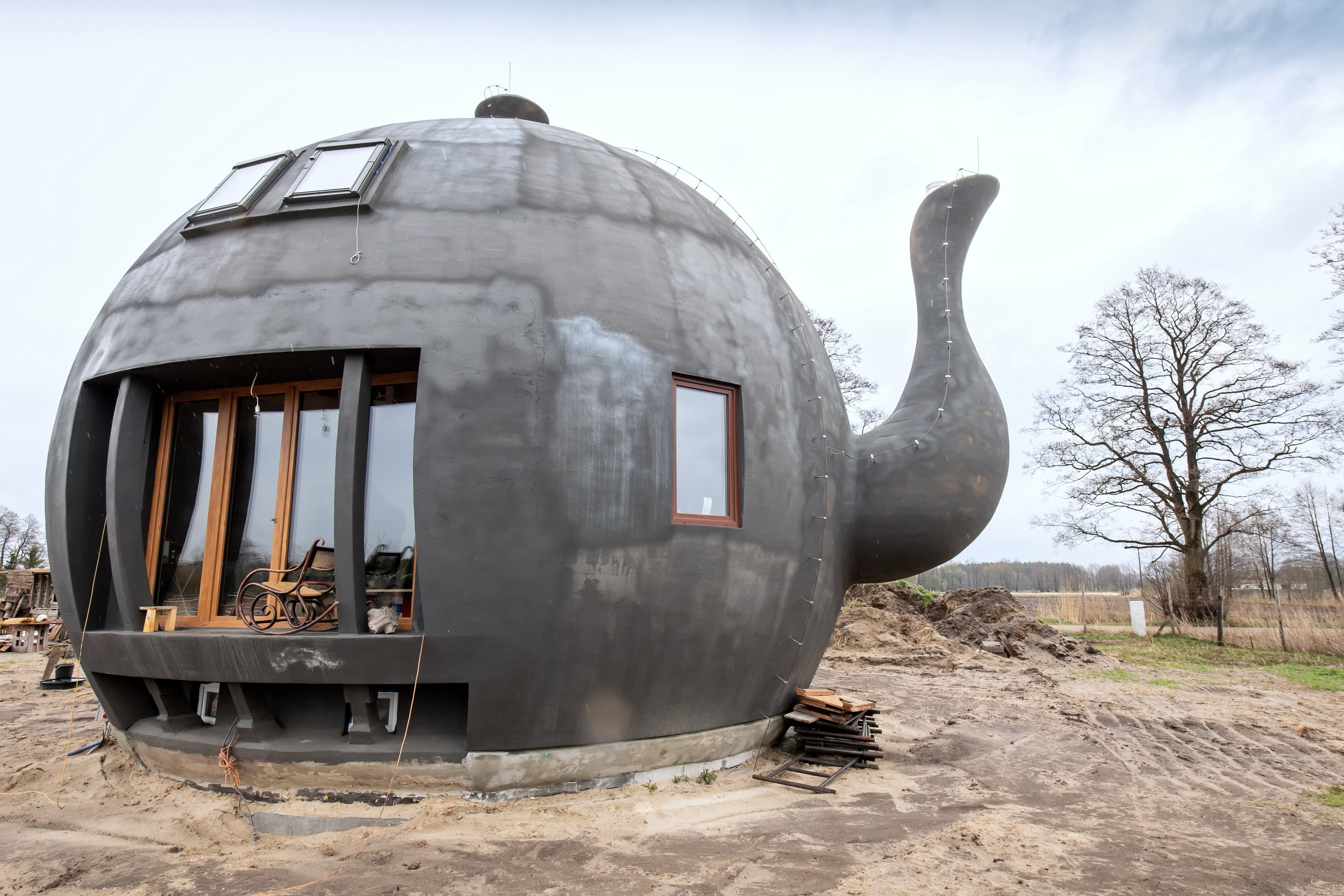 Maciej said he associates the teapot with warmth and family.Tytus Żmijewski/PAP

“This rattled around in my head after a trip to Thailand, shortly after the country was hit by the tsunami.

“In 2005, I visited the Dali Museum in Spain. There were huge eggs on the roof. This concept - with the use of a non-obvious theme and inspired by nature - stuck in my memory.

“Some time later I came across an architectural idea designed by Javier Senosiaine and my favourite house was in the shape of a shell.” 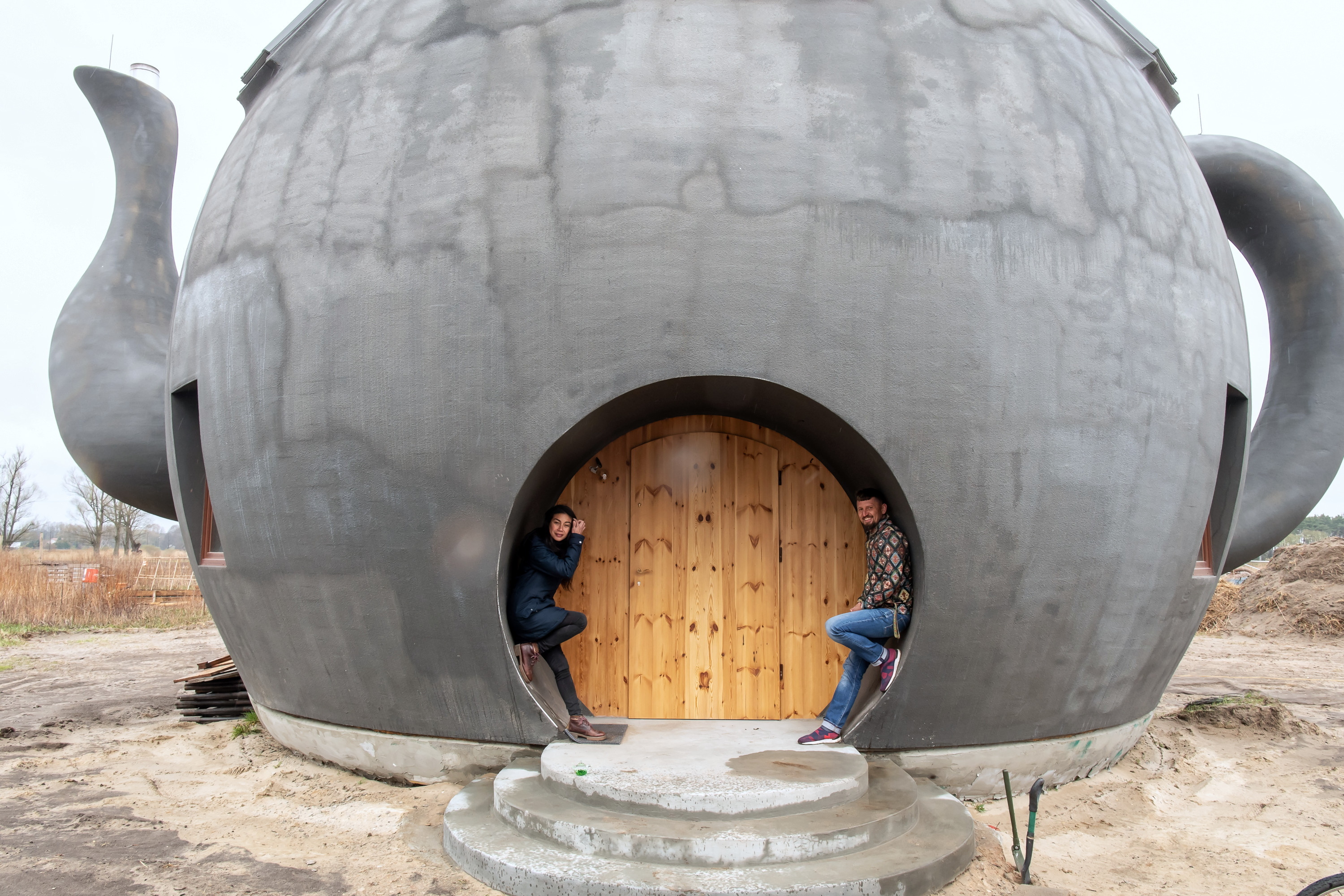 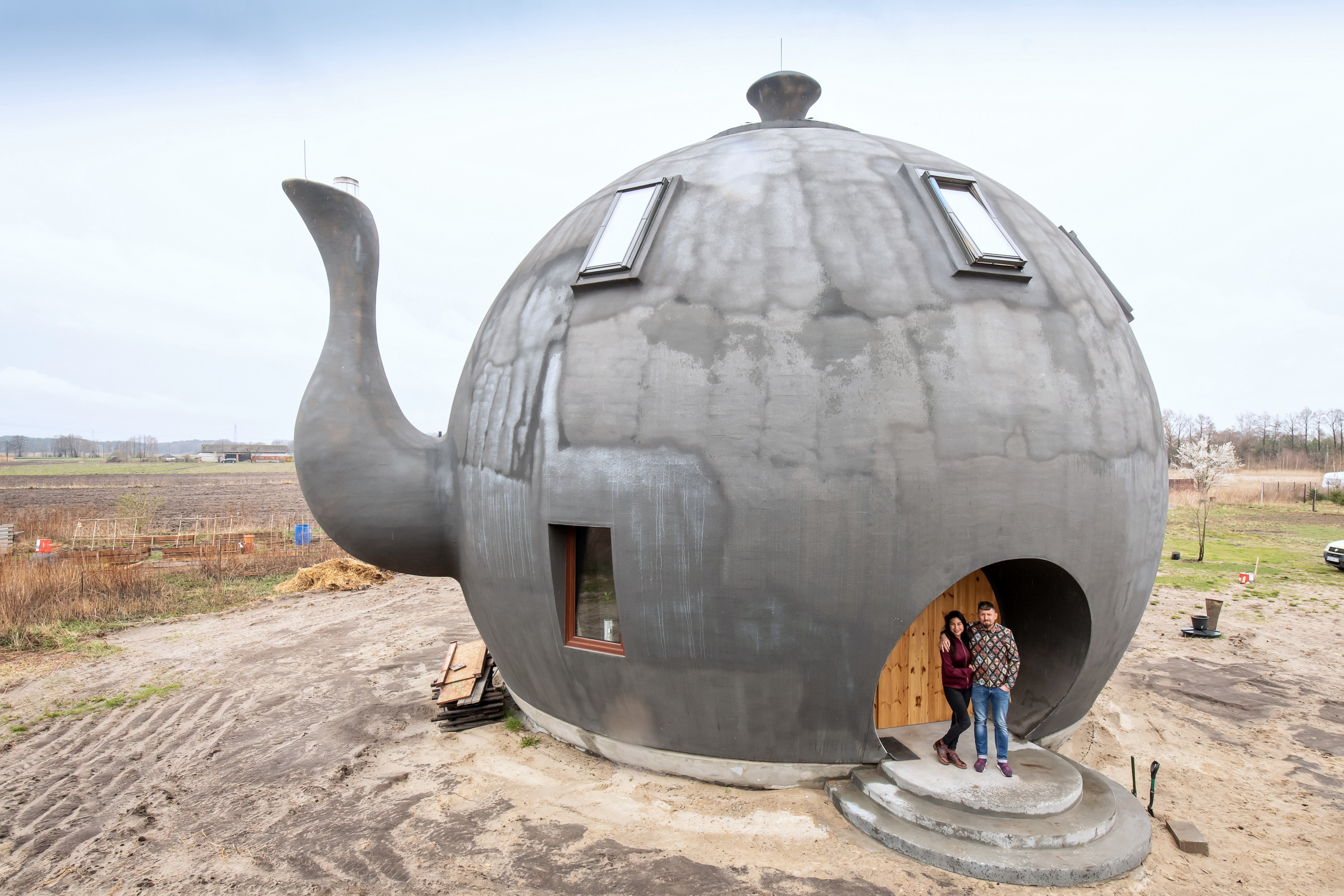 Designed by the Sergiel architectural studio which specialises in dome-related architecture, the surreal Dali-esque family home will be ready later this year.Tytus Żmijewski/PAP

Originally from Solec Kujawski, when finished Chęsiak and his fiancée Jenifer Penroz want to set up a tattoo parlor in the house and in the future organise workshops on ‘unconventional’ projects.

Designed by the Sergiel architectural studio which specialises in dome-related architecture, the surreal Dali-esque home will be ready later this year.