Poland’s ambassador to Belarus has demanded the release of three Polish students arrested during violent clashes between protestors and riot police in the capital Minsk.

Ambassador Artur Michalski visited the Belarusian Foreign Ministry on Tuesday to rebuke officials after learning about the detentions. 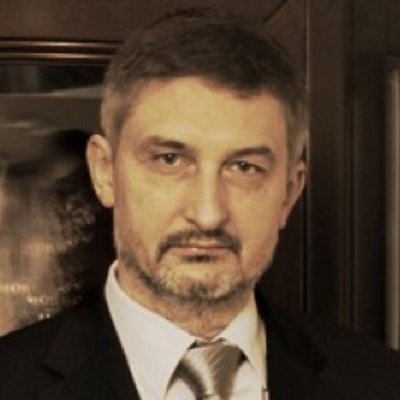 Ambassador Artur Michałski visited the Belarusian Foreign Ministry on Tuesday after learning about the detentions.Artur Michalski/Twitter

On Tuesday the mother of one of the students, 24-year-old Kacper Sienicki, posted on social media that she hadn’t heard from her son since Monday night.

She wrote: Dear friends, my son Kacper Sienicki and his friend Witek Dobrowolski were arrested by the police in Minsk, Belarus. 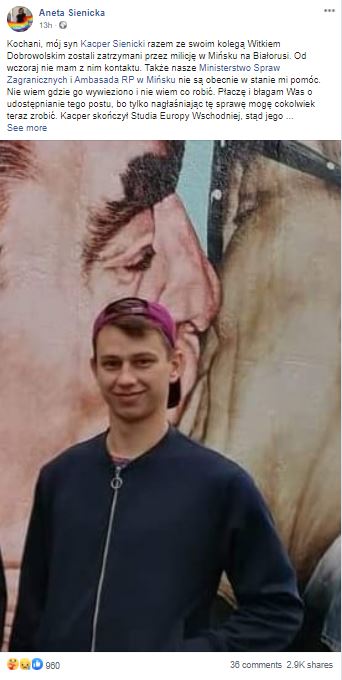 “I am crying and I am begging you to share this post, because all I can do is publicise this matter.

Violent clashes broke out Monday night after Minsk thousands took to the streets claiming presidential elections had been rigged.Anna Ivanova/PAP

“Kacper graduated from East European Studies, hence his interests. He went to support his Belarusian friends with the spirit. I hope he's okay and he'll get back to me soon 😭 Help, please, share.”

The protests in Minsk erupted into violence following the disputed re-election of President Alexander Lukashenko.STR/PAP/EPA

The protests in Minsk erupted into violence following the disputed re-election of President Alexander Lukashenko.

Deputy Foreign Minister Pawel Jablonski told the Polish Press Agency on Wednesday:  "Our ambassador intervened, and visited the Belarusian Ministry of Foreign Affairs to demand the release of the three Poles.

Hundreds of people have taken to the streets of Minsk and several other cities in Belarus in a third straight night of protests.Anna Ivanova/PAP 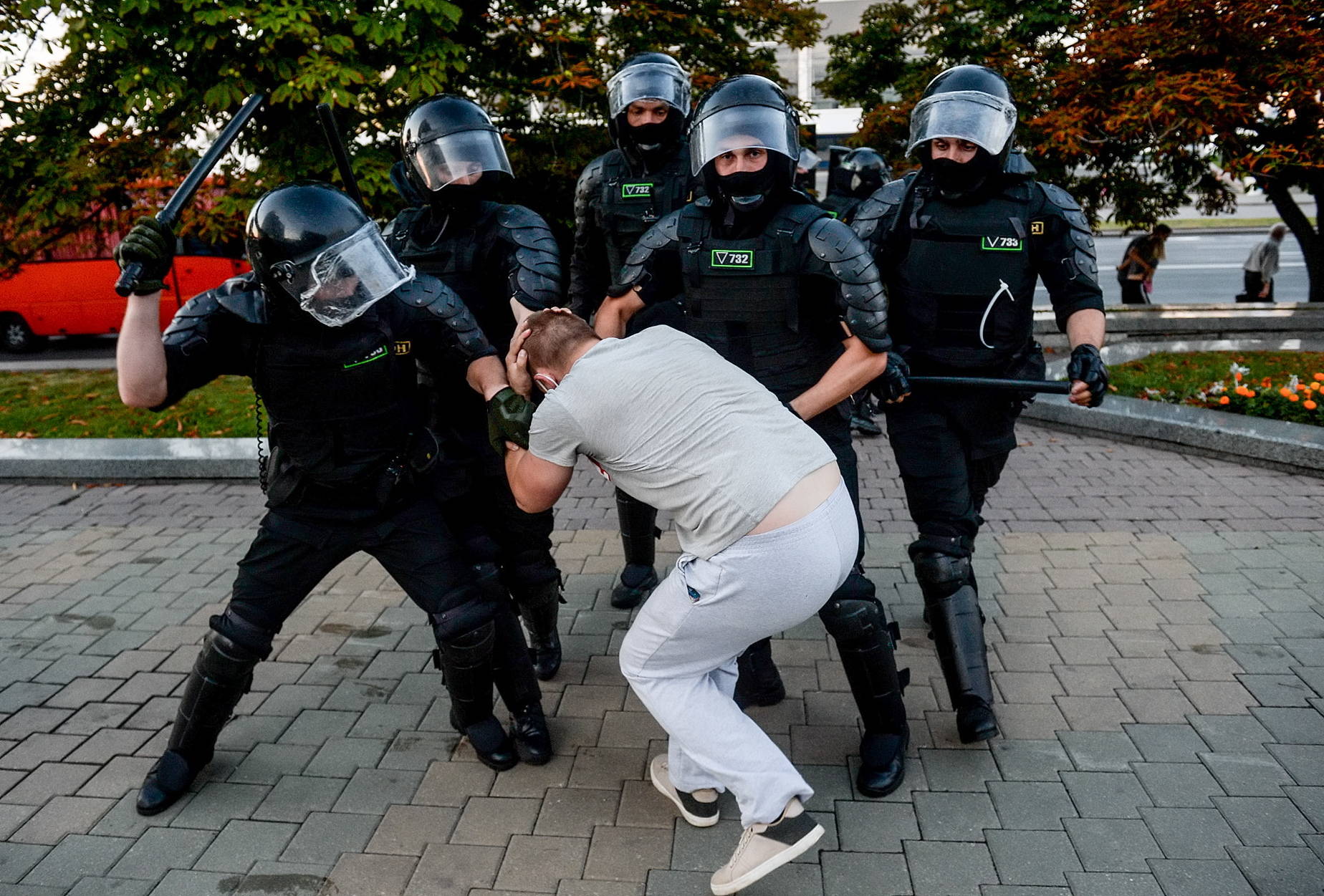 Dozens have been arrested and indiscriminately beaten by Belarusian riot police.YAUHEN YERCHAK/PAP/EPA

"We are also in contact with the families and are striving to pass on any information to them first.

“We will also check if there is a larger group of detainees, because the number of detainees is very large, so this information will continue to flow, we are monitoring the situation.”

MFA concerned over desecration of Polish memorials in Belarus