A shirt-flipping football fan from India who became an internet sensation after tearing off his Saudi Arabia jersey to reveal a Robert Lewandowski shirt during wild celebrations after the ace sniper scored in Poland’s thrilling 2-0 victory over the oil-rich desert kingdom finally had the chance to meet his idol yesterday.

Images of 23-year-old Abdul Samad Khan’s stadium celebration amid a sea of Saudi fans went viral when he revealed a Poland match shirt with Lewy’s distinctive number 9 on the back.

Soon after, Lewy put an appeal out on social media to track Khan down and invited the fan to the squad’s Ezdan Palace Hotel training base.

“[W]hat a support! I have a jersey for you! Get in touch in the comments!” Lewandowski wrote on Facebook. 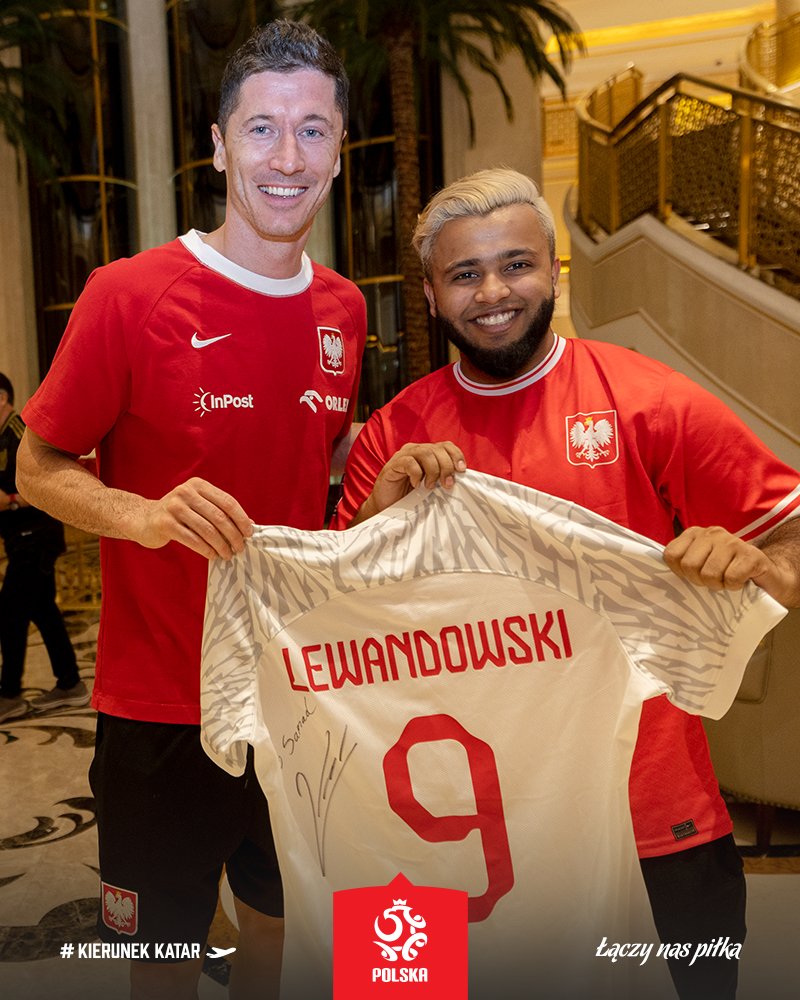 Poland's captain gave Khan a priceless gift of a shirt with his autograph. Lewy also promised the fan from India another secret surprise, but only if Poland win the tournament.@LaczyNasPilka/Twitter

Poland's captain gave him a priceless gift of a shirt with his autograph. Lewy also promised the fan from India another secret surprise, but only if Poland win the tournament.

“It was a crazy time. I was celebrating Lewandowski's goal and I didn't even know someone was recording it, I didn't ask for it. And it went viral, and Lewandowski saw it,” he said about his goal celebration.

The match in Doha was almost like a home game for the Saudis as Qatar neighbours its vast desert expanses and the green shorts of the national team vastly outnumbered the mix of red and white Poland shirts. 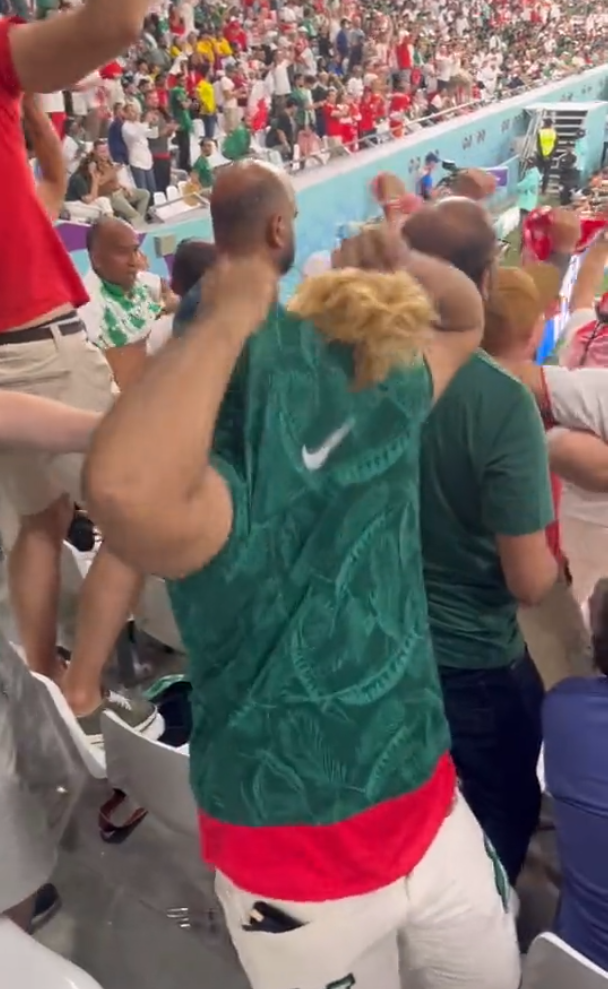 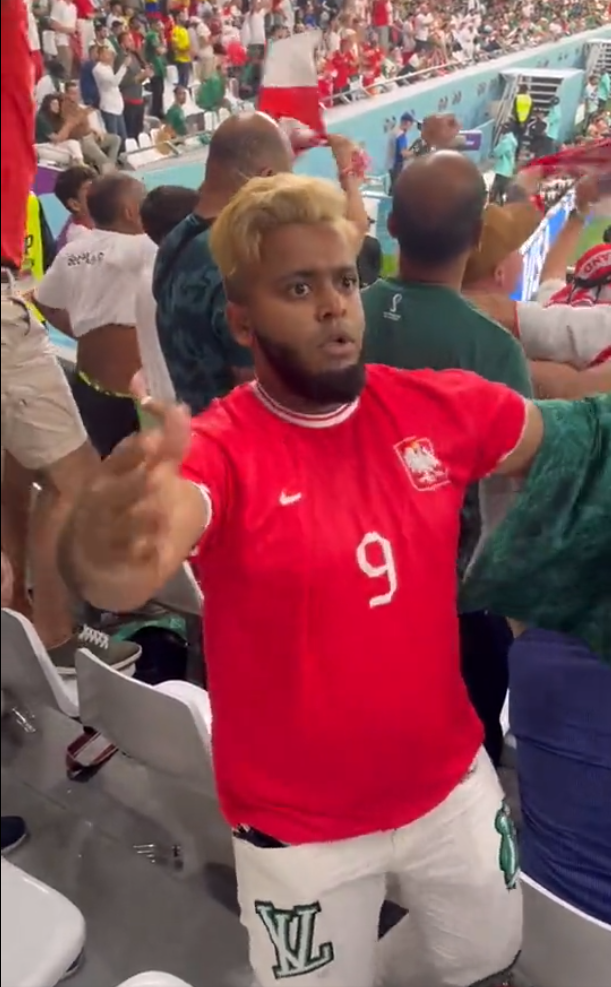 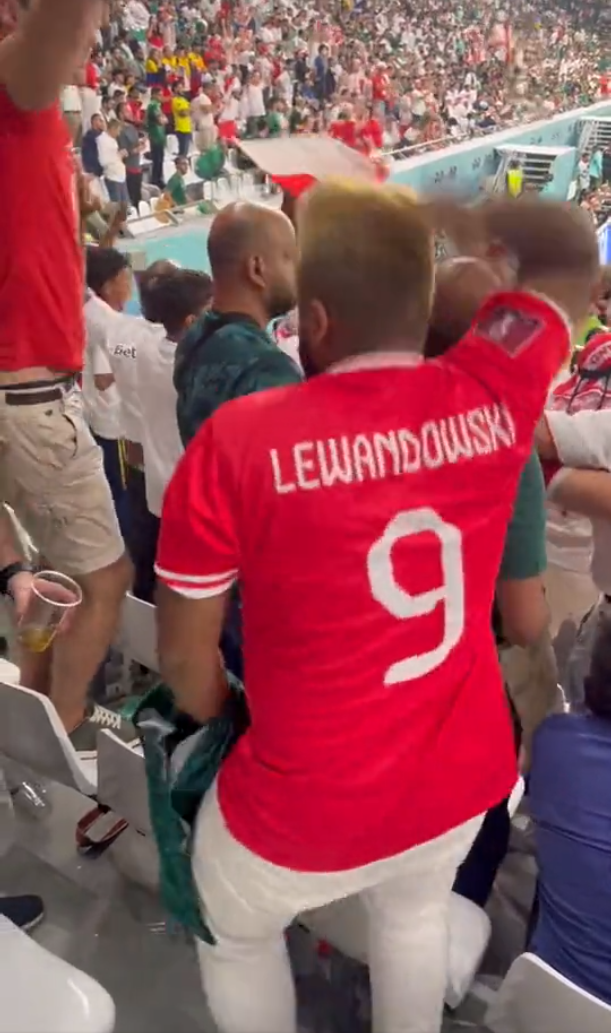 A shirt-flipping football fan from India who became an internet sensation after tearing off his Saudi Arabia jersey to reveal a Robert Lewandowski shirt during wild celebrations after the ace sniper scored.Twitter

One of those in green was Khan. However, when Lewandowski punished a bungled pass by Saudi goalkeeper Abdulelah Al Malki to score his 77th goal for the national team, Khan couldn’t contain himself.

He tore off the shirt to reveal a red one with the Polish eagle and then jumped up and down with pure joy, which can be seen in a video that has been viewed millions of times.

Khan revealed his love for football and in particular the Polish team in an interview with internet portal WP.pl.

“I decided to support Poland at the World Cup, because there was a lot of talk about other teams as favourites, but nobody talked about Poland. It's always nice to support someone who is considered an underdog.

“My friends and I also had the idea of supporting Senegal, but I decided to support Poland. I have tickets for the Polish national team's matches, and I hope to stay here as long as possible.”

Despite claiming to support Poland, Khan was initially dressed in a Saudia Arabia shirt for Saturday’s crunch match.

“I have a lot of jerseys, including a Saudi one. I wore it out of respect for them, for the way they played in the clash with Argentina.

But under it I had Robert's shirt. Because I consider him one of the best strikers in the world, I have his shirts from BVB, Bayern and already from Barcelona,” he explained. 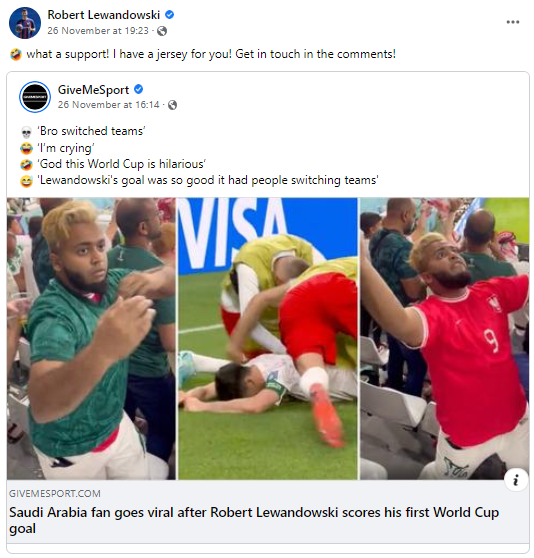 After the video went viral, Lewy posted on social media: “What a support! I have a jersey for you! Get in touch in the comments!”Robert Lewandowski/Twitter

Khan revealed that he shared Lewy’s pain in the opening match against Mexico when he failed to score from 12 yards.

“My heart broke when he didn't score that penalty. The man who has carried the ambitions of Polish fans on his back for years missed at a time like that and was very shaken by it. And me for him... I couldn't get over it.”

Khan added that he didn’t intend to tear his short off.

“It wasn't planned, I mean, I didn't mean that it should go on the Internet or on TikTok or somewhere. I was genuinely happy with his goal, and I wasn't counting on anything in terms of media.” 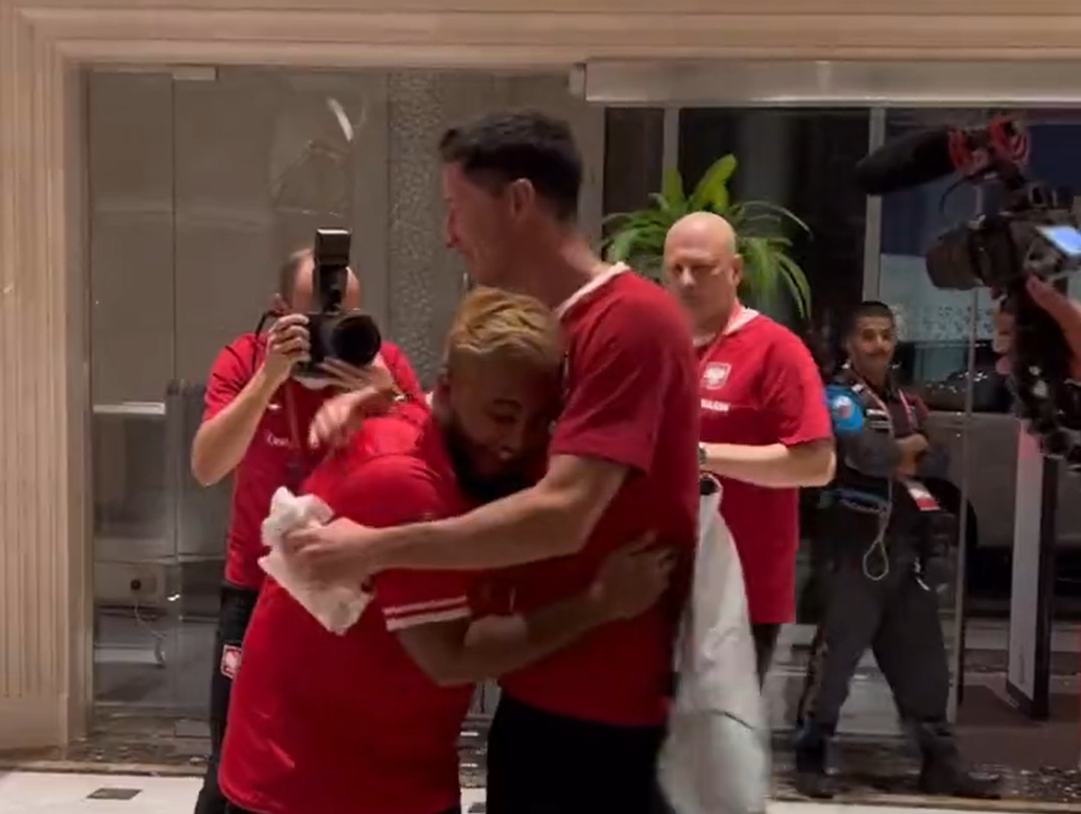 When the pair met, Khan recreated the viral moment before giving embracing the Polish ace.@LaczyNasPilka/Twitter

At the meeting in the lobby of the Ezdan Palace Hotel in Doha, Khan was delighted and even danced in front of his idol.

Cheekily mirroring events from the day before, Khan was wearing the same green Saudia Arabia shirt with his Poland shirt underneath.

The two moved in for a warm hug and Lewy gave him a white Poland shirt with the number 9. The two men chatted briefly, smiling and laughing.

On Wednesday Poland will play the last match of their group matches against Argentina, which will decide whether the Poles will make it out of the group stage for the first time since 1986.