The symbol of Polish-German reconciliation – an embrace between Prime Minister Tadeusz Mazowiecki and Chancellor Helmut Kohl during Mass in Krzyżowa – took place 30 years ago today.

The gesture between the two leaders, published by media around the world, heralded a new peaceful relationship among the neighbours.

Chancellor Kohl, the leader of West Germany, arrived in Poland on the day the Berlin Wall fell. The fast pace of changes in the Eastern Block was unstoppable and countries formerly controlled by the Soviet Union were re-establishing their relations with western partners on new grounds. 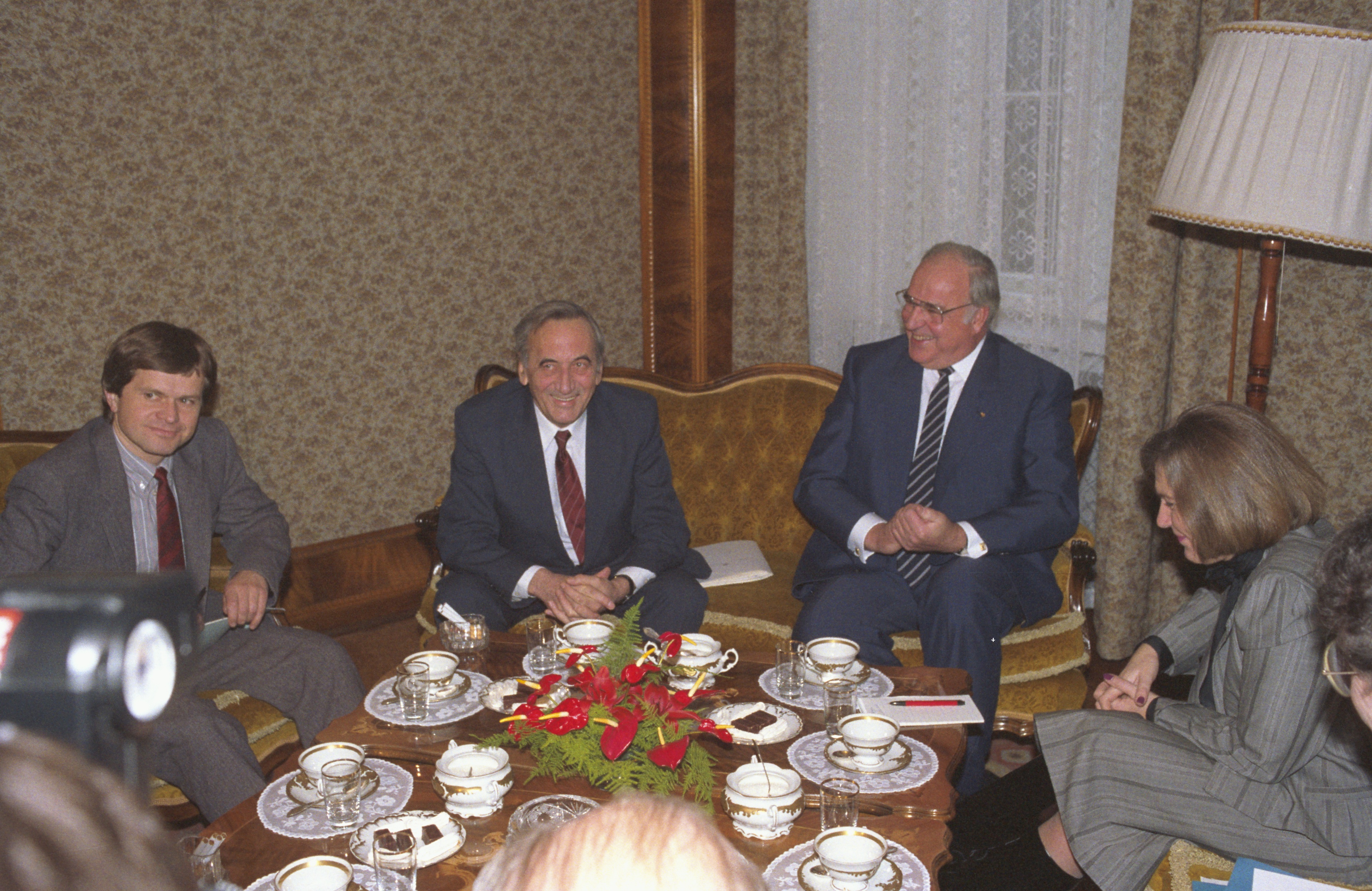 The crucial negotiations regarded borders between Poland and Germany on the Oder and Nysa rivers, unresolved since 1945, the  compensation for losses suffered by Poland in World War II and the situation of national minorities.Tadeusz Zagoździński/PAP

Kohl was forced to return to Berlin, but returned two days later, on November 11th, 1989 to continue his visit and crucial negotiations regarding borders between Poland and Germany on the Oder and Nysa rivers, unresolved since 1945, the  compensation for losses suffered by Poland in World War II and the situation of national minorities.

On November 12th, Kohl and Mazowiecki held a meeting and participated in a public mass in Krzyżowa, Lower Silesia, which was attended by 5,000 people. After the words “give yourself the sign of peace”, the two leaders didn’t simply shake hands, they embraced.

Dzieje.pl reported on Mazowiecki’s reaction to the event 20 years later: “The sign of peace was a natural thing for me, because during the mass we give it to each other, but when I saw, like today,  all the cameras, I knew that this wasn’t an ordinary sign of peace, but something much more significant. 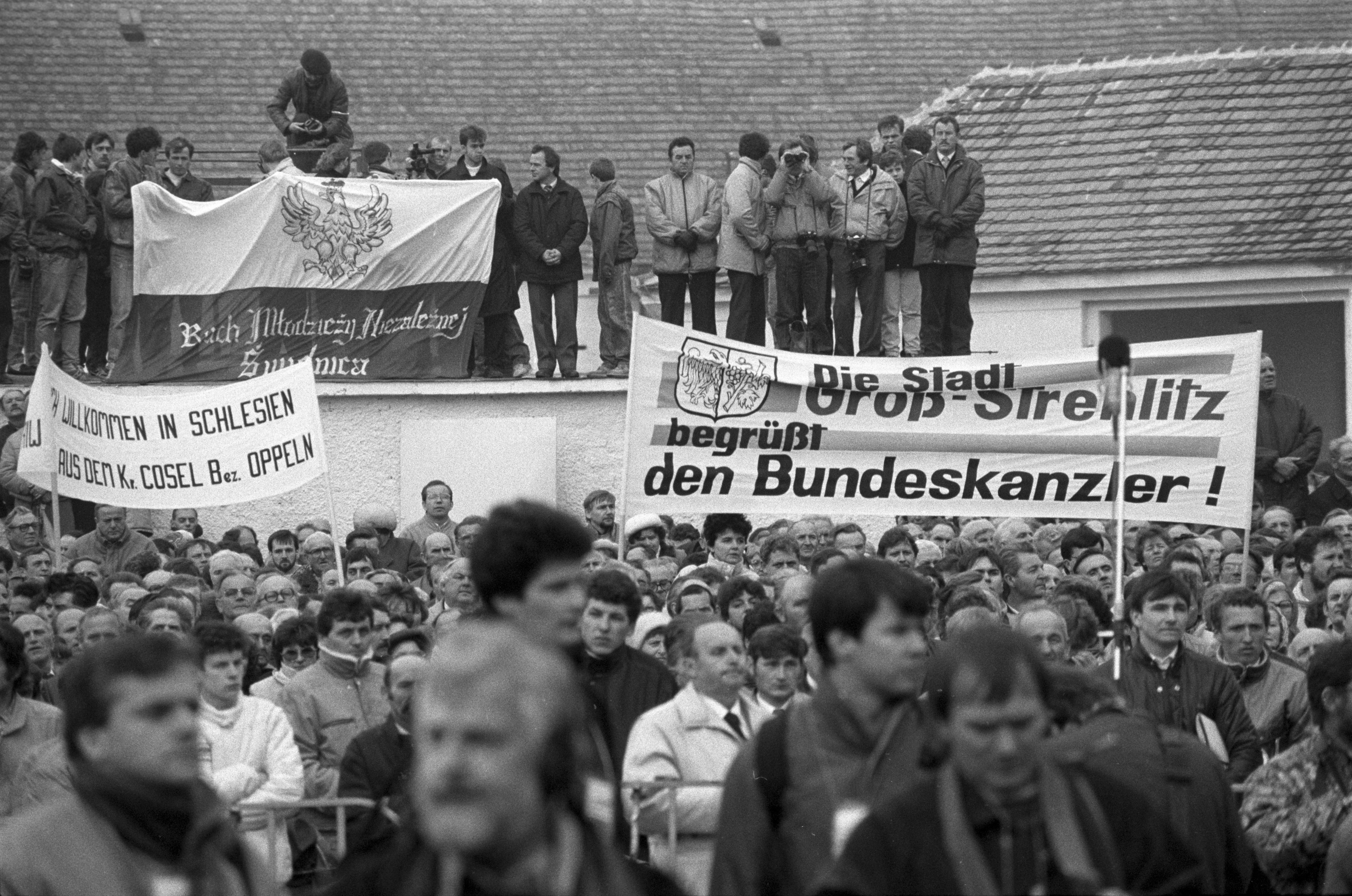 Among those attending the Mass were German minorities in Poland with banners in German welcoming the Chancellor and demanding new rights.Grzegorz Rogiński/PAP

"It was two days after the fall of the Berlin Wall, when affairs in Germany began to go in a new direction. It was not yet known in which - whether it will be a confederation of two states or full unification." As history showed, Germany unified and after several more months of talks Poland and Germany signed the 1990 German–Polish Border Treaty – a pending matter since 1945.

The Mass accompanying Helmut Kohl’s official visit was not a coincidence. Poland had no diplomatic relations with West Germany during the Cold War period.

Yet the first significant gesture leading to the normalization between the two neighbours came from the Polish catholic church. 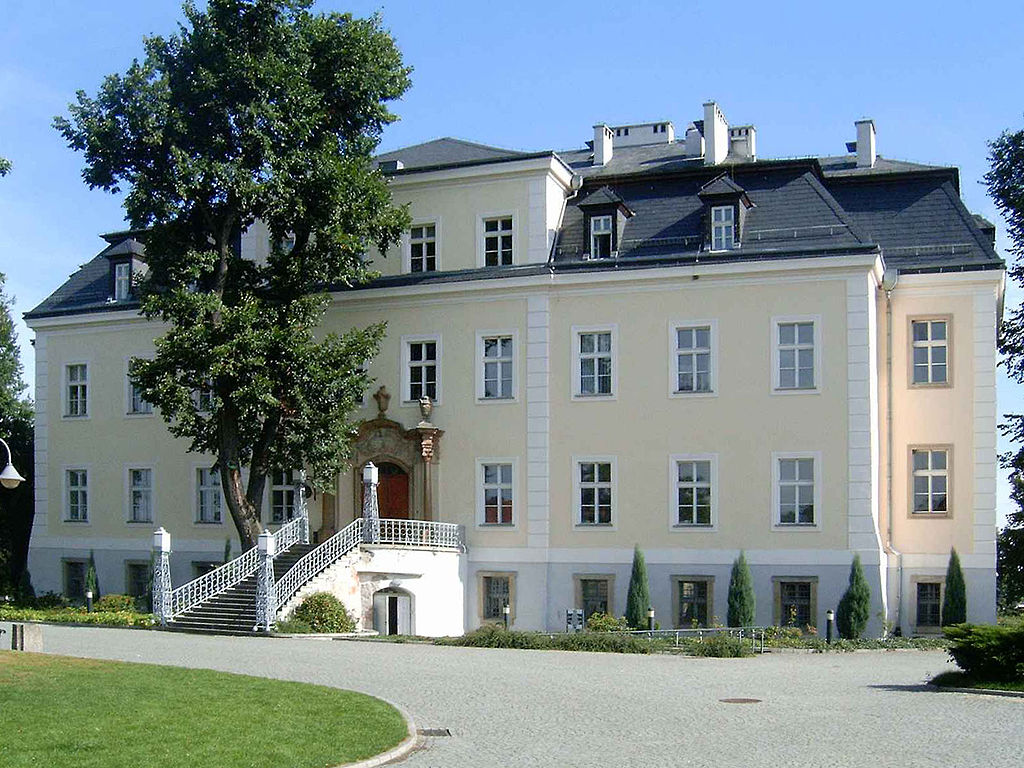 The building where they met was the former property of Helmut James von Moltke, a member of the anti-Hitler opposition, executed for his activities in January 1945.GNU Free Documentation License

The 1965 “Letter of Reconciliation of the Polish Bishops to the German Bishops” at first glance was an invitation to the celebration of 1,000 years of Polish Christianity, however it included the ground-breaking words “We forgive and ask for forgiveness", referring to the crimes of the Second World War.

Choosing Krzyżowa as the place for the meeting was well conceived too.

The village was a former property of Helmut James von Moltke, a member of the anti-Hitler opposition, executed for his activities in January 1945. 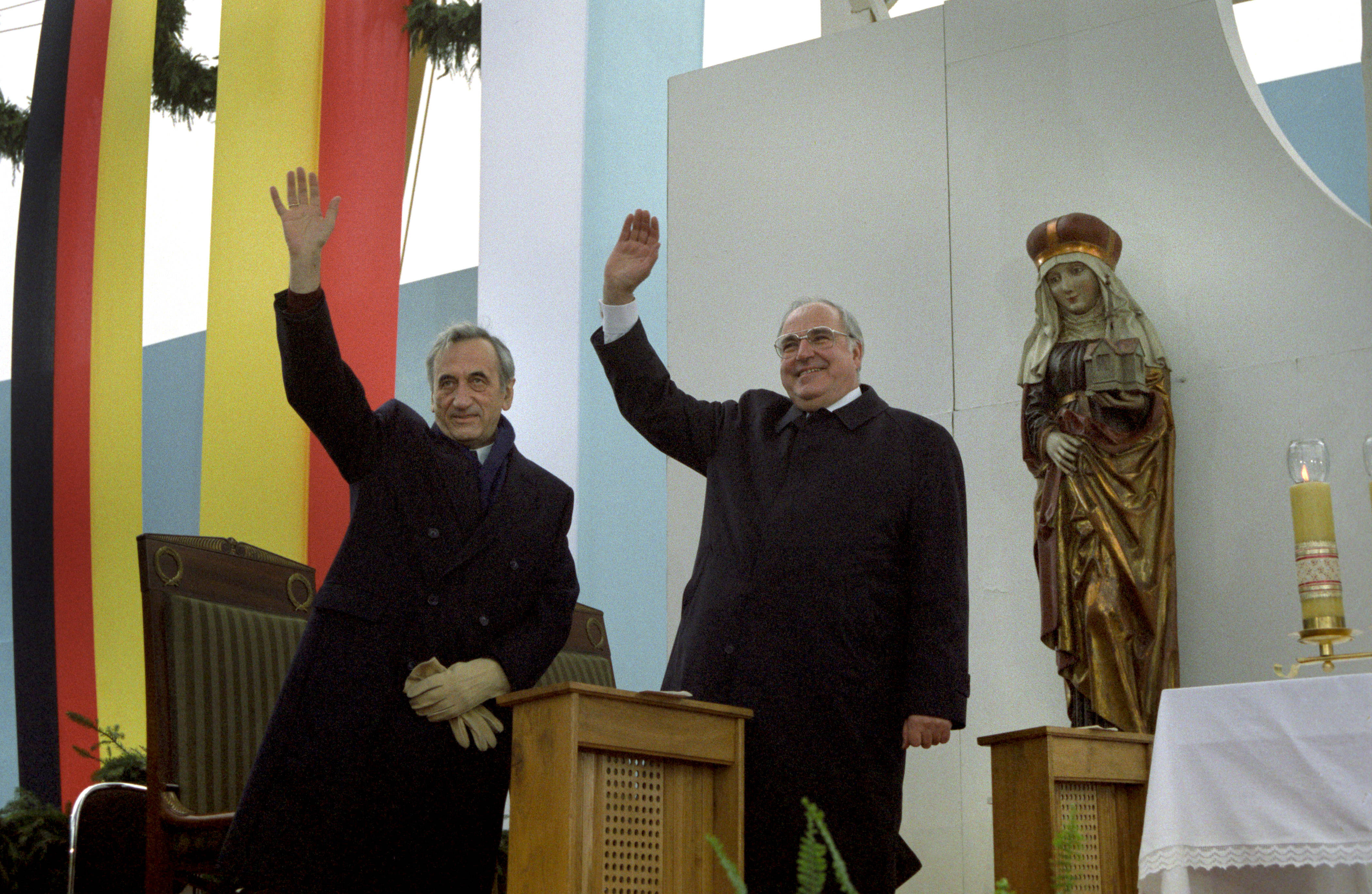 Chancellor Kohl, the leader of West Germany, arrived in Poland on the day the Berlin Wall fell.Martin Athenstädt/PAP/DPA

During the War, German oppositionists met and discussed the imminent collapse of Hitler and his war machine, as well as developing a vision of a new post-war Europe, based on the principles of federalism, human rights and Christian social thought.

Today, Krzyżowa hosts the International Youth Meeting Centre – a public space for developing dialogue and mutual respect not just between Poles and Germans, but on a European level.

Based on the experience of Polish-German reconciliation, the Centre organizes over 100 projects each year, including youth meetings, conferences and training for educators.