A motorway for cyclists is set to open this weekend in the Silesian city of Jaworzno.

The Velostrada, which will officially open on Sunday, is a 10-kilometre, high-speed, dual-carriage way for bicycles which features two footbridges, a tunnel and pavements for pedestrians.

Cyclists will be able to hurtle along the asphalt surface at a maximum speed of 50km per hour without collecting a speeding ticket.

Many new cycle routes are being built throughout Poland, but this is the first that is a true ‘motorway’ for cyclists.

A Velostrada is a specific type of cycle route that allows cyclists to achieve very high speeds. To qualify as being one, it should have two separate cycle ways to avoid collisions and a hard shoulder.

The new route in Jaworzno fulfils these conditions. The 10km-long fast-way whisks peddle-pushers along a winding path through several of the city’s housing estates, and then along the border of the former Jan Kanty coal mine before depositing them in the city centre. 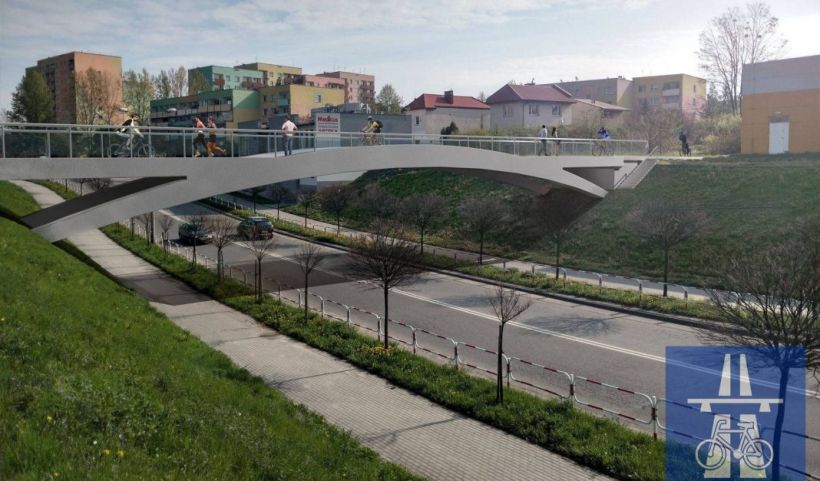 Many new cycle routes are being built throughout Poland, but this is the first that is a true ‘motorway’ for cyclists.UM Jaworzno

Cyclists will be permitted to hurtle along the dual-carriage way at speeds of up to 50km per hour, and the city council have warned residents that police will patrol the route.

These patrols won’t necessarily target cyclists, but rather frustrated car drivers who might be tempted to use the cycle way to avoid traffic jams.

The small city in the Silesian highlands and part of the Katowice urban metropolis may seem an unusual location for this cycling first in Poland.

The reason though is that cities in this region are frequently spread over a wide area compared to their population, and this is exactly the case in Jaworzno, which has a population of around 95,000.

For example, the district of Jeziorki is 4.5 km from the centre and the way to the centre leads through open fields. Building the Velostrada is an ideal way to connect residents in outlying districts with the rest of the city. 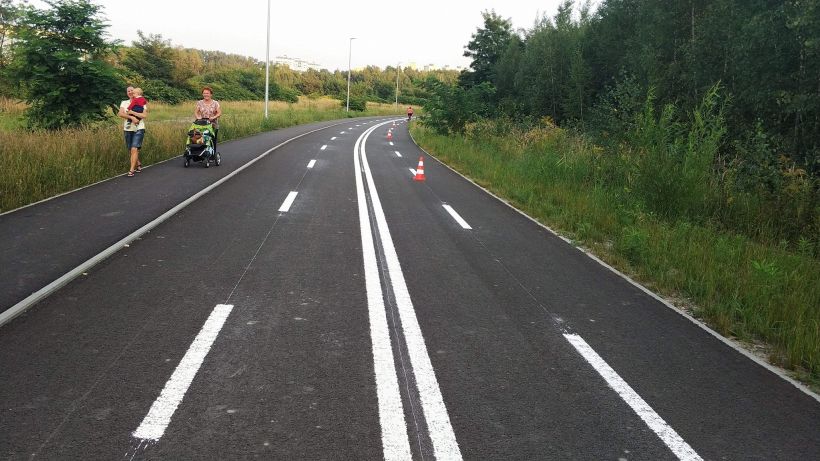 A potential problem on the new route could be pedestrians, who in the warm summer months before the official opening have used the cycle way to enjoy walks.

To avoid serious accidents, the city council have appealed to residents not to walk on the central cycle way and to stick to the pavements.

Jaworzno is well on its way to becoming a model city in terms of its road and cycle system.

The result of these changes is that in 2017 not a single road fatality was recorded in the city.

Local resident who don’t own a bicycle will still be able to use the Velostrada.

The local authority is planning to introduce a city bike rental scheme with 200 bikes, 120 of which will be electrically powered.