I’ve been reading Jazz Forum magazine’s readers’ poll, and while I agree with some of their choices, I disagree with many more. Indeed, it reminds me of the line that separates the “old timers” from the new forces in Polish jazz.

Let me explain. Jazz Forum is one the world’s oldest and most competent periodicals dedicated exclusively to jazz music, accompanying the evolution of the Polish jazz scene since 1965.

But it is always one step behind of what’s going on – and I should know as I’ve been writing for it since the 90s. So why? In my opinion the magazine is now addressed to the older reader, to people who grew up listening to jazz classics, who believe the greatest Polish jazz album of all time was recorded in 1965 - Komeda’s “Astigmatic” was chosen as the best album of the last fifty years only few years back. Hands up, I have to admit I also voted for it. 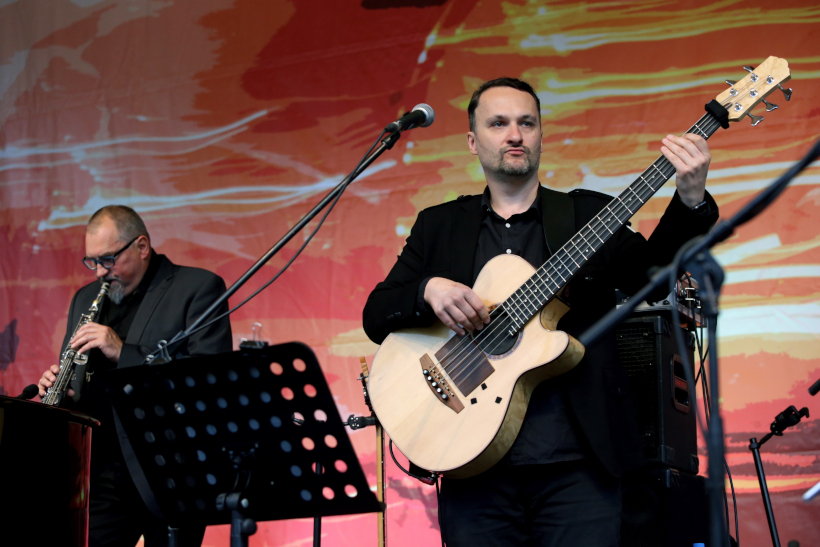 Robert Kubiszyn is The Bassman of the new millennium. Don’t make him wait until he becomes a classic, he’s the best player we’ve got.Tomasz Gzell/PAP

Now the February edition of Jazz Forum has brought the anxiously awaited results of the annual reader’s poll for 2018 and there are several categories that deserve mention.

Let’s start with the musician of the year. The winner is Leszek Możdżer, a brilliant pianist who works both as a solo artist and with different ensembles – his international trio comprising of Swedish bassist Lars Danielsson and Israeli percussionist Zohar Fresco is widely known outside of Poland.

A great musician indeed, but the problem is he didn’t do too much in 2018. And yet he has won two other categories – best pianist and best composer. As a pianist he is closely followed by Dominik Wania (a musician recording for ECM as a member of Maciej Obara Quartet) and Marcin Wasilewski – the leader of his own trio also recording for the prestigious ECM. 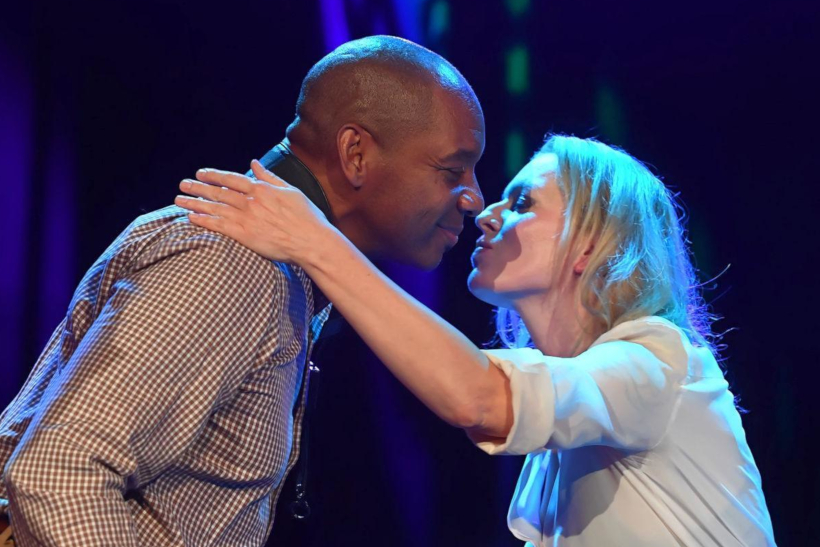 Anna Maria Jopek and her wonderful recordings with Branford Marsalis deserve to win over the audience on both sides of the ocean. It is one of the best recordings in Anna Maria’s catalogue.Piotr Nowak/PAP

And this leads me to an observation I haven’t been able to shake off since last year’s Fryderyk Awards (our “Polish Grammys”). There’s a centuries old Polish hang-up, prevailing as much today as it has throughout the centuries: we adore Polish artists who achieve success abroad. You record for ECM? You must be the best. They can tell, right?

But let’s be fair. The Marcin Wasilewski Trio – winning the album of the year category with their exhilarating “Live” recording for ECM – is definitely one of the best jazz groups in the world now, and in the very competitive jazz trio format has few rivals. Their music is beauty and power incarnated and it is never short of that unspoken Slavic spirit that matches so well with jazz music creating a truly unique sound. No wonder two other members of the trio won their own categories as the best double bass player (Sławomir Kurkiewicz) and the best drummer (Michał Miśkiewicz). 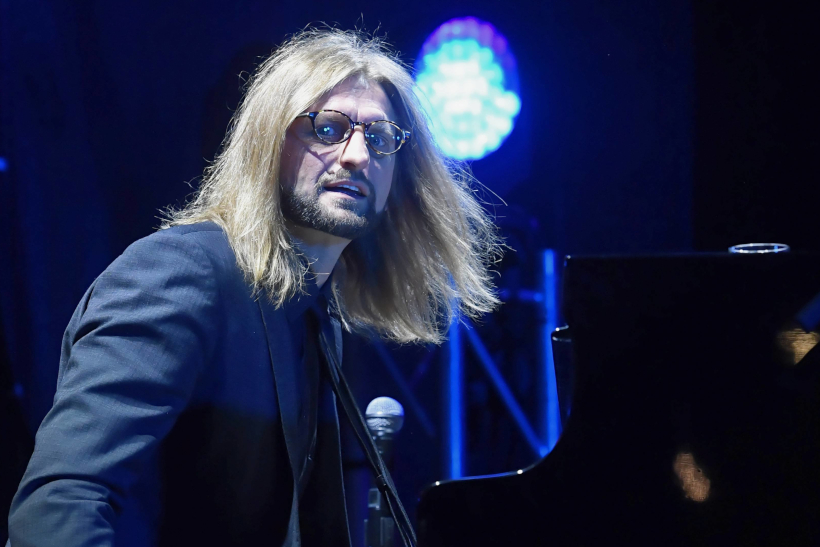 Musician of the Year winner is the brilliant pianist Leszek Możdżer, but the problem is he didn’t do too much in 2018. And yet he has won two other categories too for best pianist and best composer. Piotr Nowak/PAP

There are some interesting follow-ups on the best album list. For example Anna Maria Jopek and her wonderful recordings with Branford Marsalis (third place). Her folk-rooted vocals inspired the great American saxophonist to create music neither had played before – different scales, different timings. Again, Polish folklore meets a century old African-American tradition and the results deserve to win over the audience on both sides of the ocean. It is one of the best recordings in Anna Maria’s catalogue.

But as I said earlier, there are some “conservative” choices I do not agree with. For example, the best electric ensemble. And the winner is Laboratorium, a Polish fusion band… established in 1970! Don’t get me wrong. I love Laboratorium, I grew up listening to their records, and they were my Weather Report and Return To Forever in one. But it was decades ago. I see EABS (terrible name, fantastic band) in second place and can’t believe my eyes. They have everything it takes to win the race: a completely new approach to music with a full and very creative approach to tradition. EABS revolutionized our jazz scene like no one has in recent years. They deserve better. 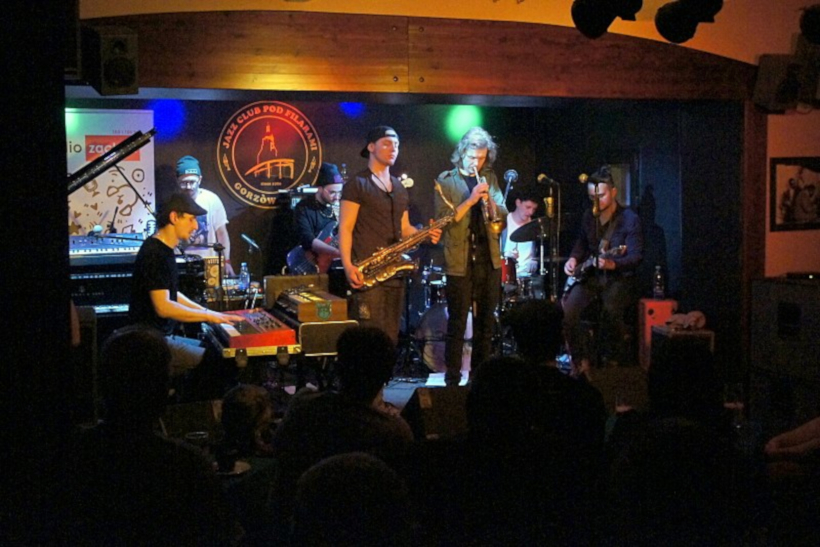 EABS (Electro-Acoustic Bass Sessions) took second place. Yet they have everything it takes to win the race: a completely new approach to music with a full and very creative approach to tradition. EABS has revolutionized our jazz scene like no one has in recent years. They deserve better.Stiopa

The same story goes with some instrumental categories like bass guitar, where Krzysztof Ścierański beats Robert Kubiszyn. I know, he always wins. And I love him, I do. But wake up guys, Robert Kubiszyn is The Bassman of a new millennium. Don’t make him wait until he becomes a classic, he’s the best player we’ve got. And this makes me think, look at the second places. This is the future of our jazz: Atom String Quartet (another world phenomenon), Krzysztof Herdzin. He is The Composer, working in jazz and classical music and creating spectacular new works every year.

But there is hope. Look at the violin – it has become our second jazz specialty after the piano. And what a lineup of great virtuoso players with a personal, distinctive style: Adam Bałdych, Mateusz Smoczyński, Tomasz Chyła, David Lubowicz (my favorite). Also, there’s the “new hope” categories: solo and band.

This the future of Polish jazz and it looks bright, very bright: Tomasz Chyła (violin), Kuba Więcek (sax), and Piotr Orzechowski (piano and a genius in his own right). What’s more, some of this new talent is coming out with premiere recordings for the legendary Polish Jazz series.