What a champ! Andrzej skis down K2 in spectacular world record performance

Poland’s Andrzej Bargiel has become the first person in history to ski down K2, the second highest mountain in the world.

After spending 12 days climbing to the peak of the 8,611-metre monster, ski alpinist Andrzej spent just a few hours on Sunday slicing through the snow and ice to get to the bottom again.

After reaching the bottom and to claim his world record-beating feat Bargiel said in a Facebook video: “Hi, 3 hours ago I reached the base camp. Today, I managed to ski down from the top of K2 straight to the camp.

“At 4:00 I departed for the summit, the weather was quite good.  The problems  started during the ride down, the visibility was poor. I had to wait in Camp IV for it to clear.

“It is a very technical downhill ride and it leads through the middle of a wall, so I’m very happy it all worked out. I’m here for the second time and I’m glad I don’t have to come back.” 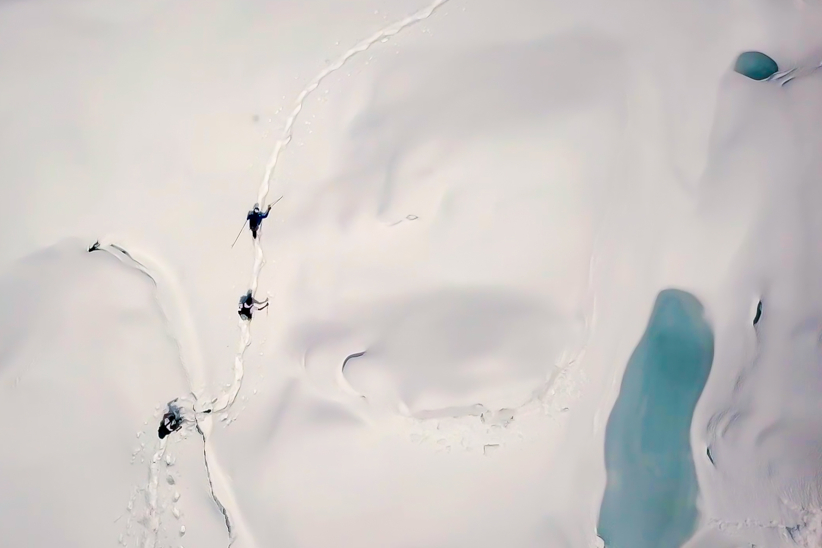 Andrzej Bargiel and his team during their ascent of K2 in Pakistan on July 18th, 2018.
(Piotr Pawlus / Red Bull Content Pool)

Andrzej’s spectacular achievement could not have been accomplished though without the support of his hardworking teammates - experienced alpinist Janusz Gołąb, four Pakistani helpers and his brother Bartłomiej. The role of the latter was especially important, as Bartłomiej Bargiel was responsible for piloting a drone, which landed on the K2 summit before Andrzej. The aerial footage allowed the team to designate the route for skiing down.

This is the second time Andrzej has attempted to ski down K2. Last year he was forced to turn back because of high temperatures and dangerous conditions.

He already holds the world record for scaling Mt. Elbrus in the quickest time ever and for being the first person to ski down the world’s 12th highest mountain, Mt. Broad Peak.

His next challenge is to ski down Mt. Everest this autumn.

No restrictions on slopes for skiers living in one household