It can’t just be me that’s noticed the curious Polish compulsion to benchmark towns and cities against those found abroad: you’ve got Łódź, for instance, proudly nicknaming itself ‘The Manchester of Poland’; Zamość billed as the Padova of the North; and Wrocław (not to mention Bydgoszcz) laying claim to be the country’s Venice.

And then, most famously of all, Warsaw as the ‘Paris of the East’ (of course, that’s until the Nazis decided to redesign it as a smoking piles of bricks).

Why this habit exists, I don’t have the foggiest, though you could maybe theorize that it comes from an inherent insecurity and a built-in need to validate the stature of the nation and its cities. 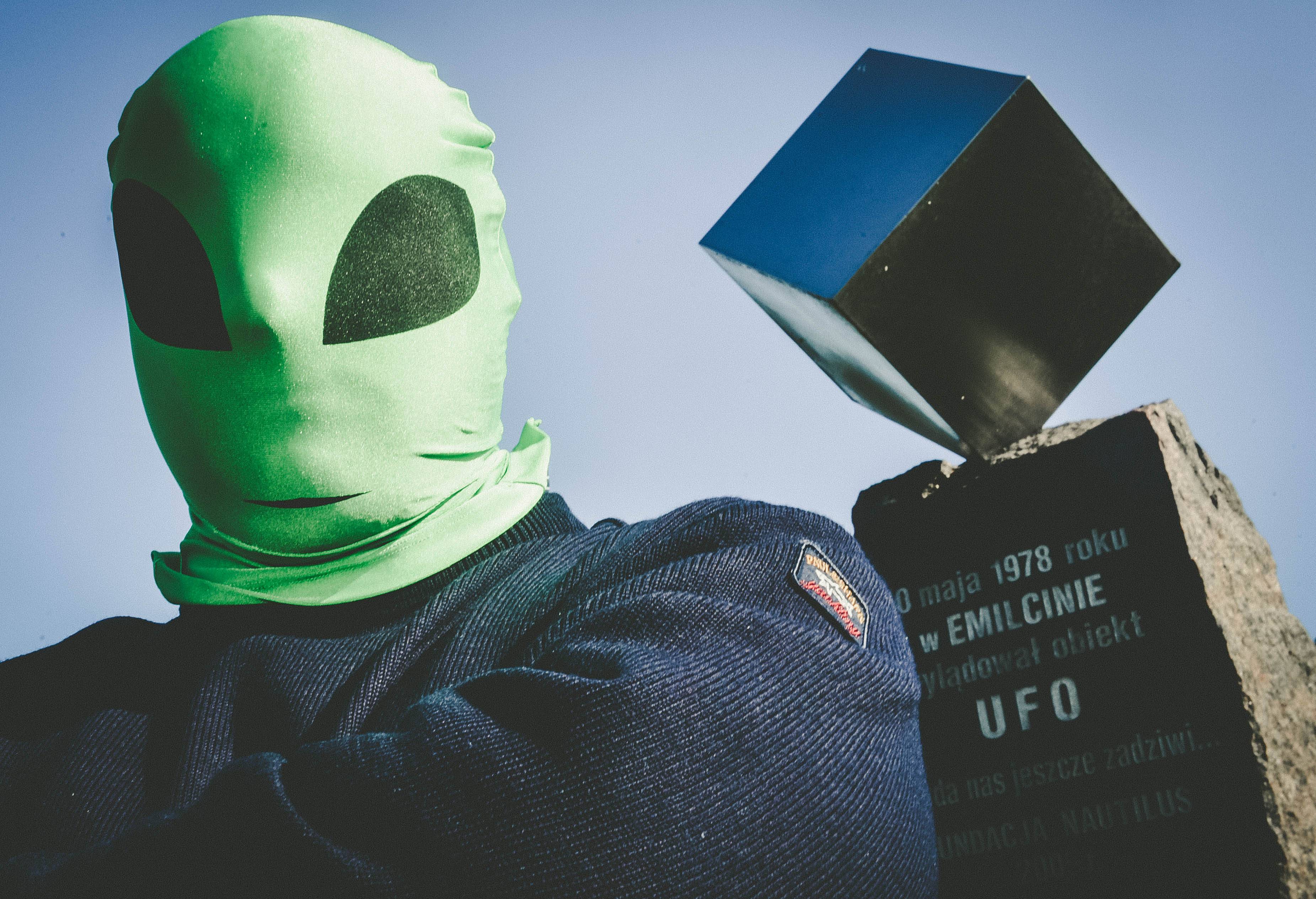 Webber’s destination was the village of Emilcin which has since become known as the Polish Roswell after a local farmer said he bumped into some aliens.TFN

Frankly though, it’s all a bit daft, specifically because it overlooks the fact that these are captivating places that weave their own brand of magic.

That said, who can fail to be seduced by the idea of Poland’s Roswell. 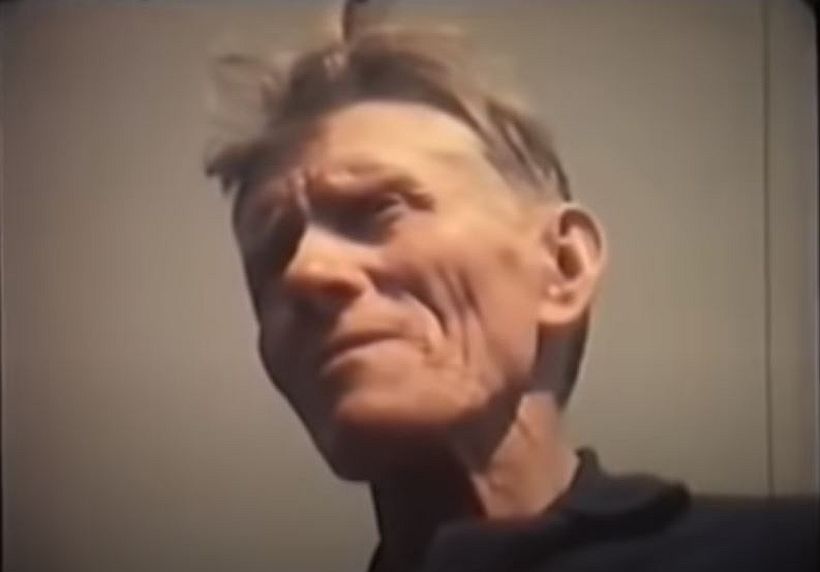 Farmer Jan Wolski said the aliens ordered him to a spacecraft that they’d landed in the woods before telling him to take his clothes off.YouTube

At least, that’s the title I’ve heard given to Emilcin, a dusty, little village in the far east of nowhere.

Now unlike the real Roswell, there is no sinister government base here (not to my knowledge, anyhow), but there is an indelible association with alien lifeforms.

The story is thus.

Back in 1978, on May 10th to be precise, a farmer by the name of Jan Wolski was going about his daily business on a horse-drawn cart when he happened upon across two weirdoes he realized as ‘not from being around here’ – an accurate assumption given their webbed hands, odd dialect, giant eyes and green skin. 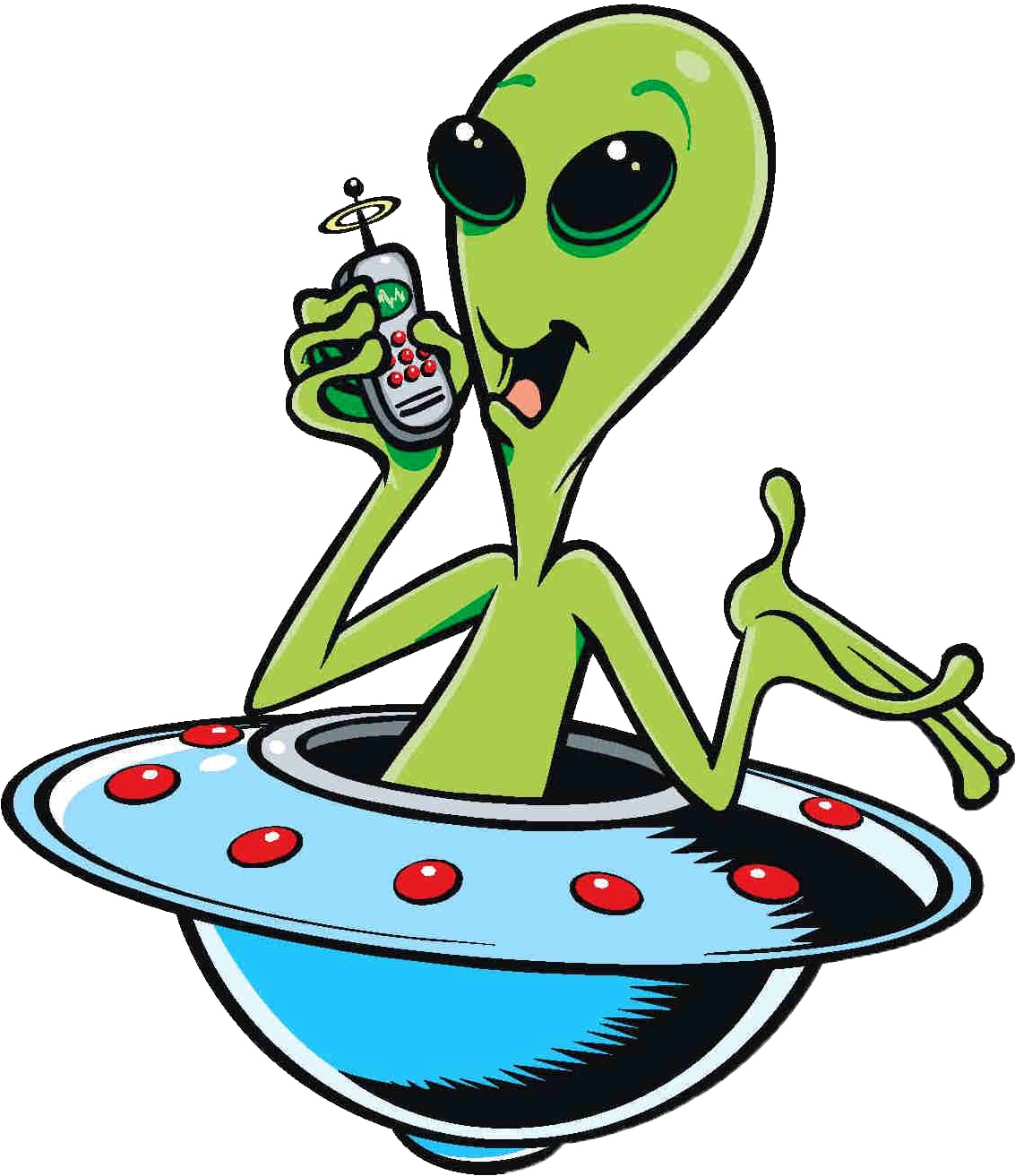 Wolski said the aliens were polite to him and when they left they bowed.kindpng

But not even when they jumped onto his wagon did he smell something fishy, later stating that this was a common practice for strangers to indulge in this back-of-beyond.

Alas, for Wolski this was to prove anything but an ordinary day.

Sensing their chance, his two hitchhikers chose their moment to reveal themselves as aliens, sequestering his vehicle and ordering him to a spacecraft that they’d landed in the woods.

Ushered inside, it was there Wolski underwent a naked probing before being offered some icicle-shaped objects to feast upon. Choosing to refuse the hospitality extended towards him, he was then swiftly released. When he bade them farewell, it’s said they bowed in return. 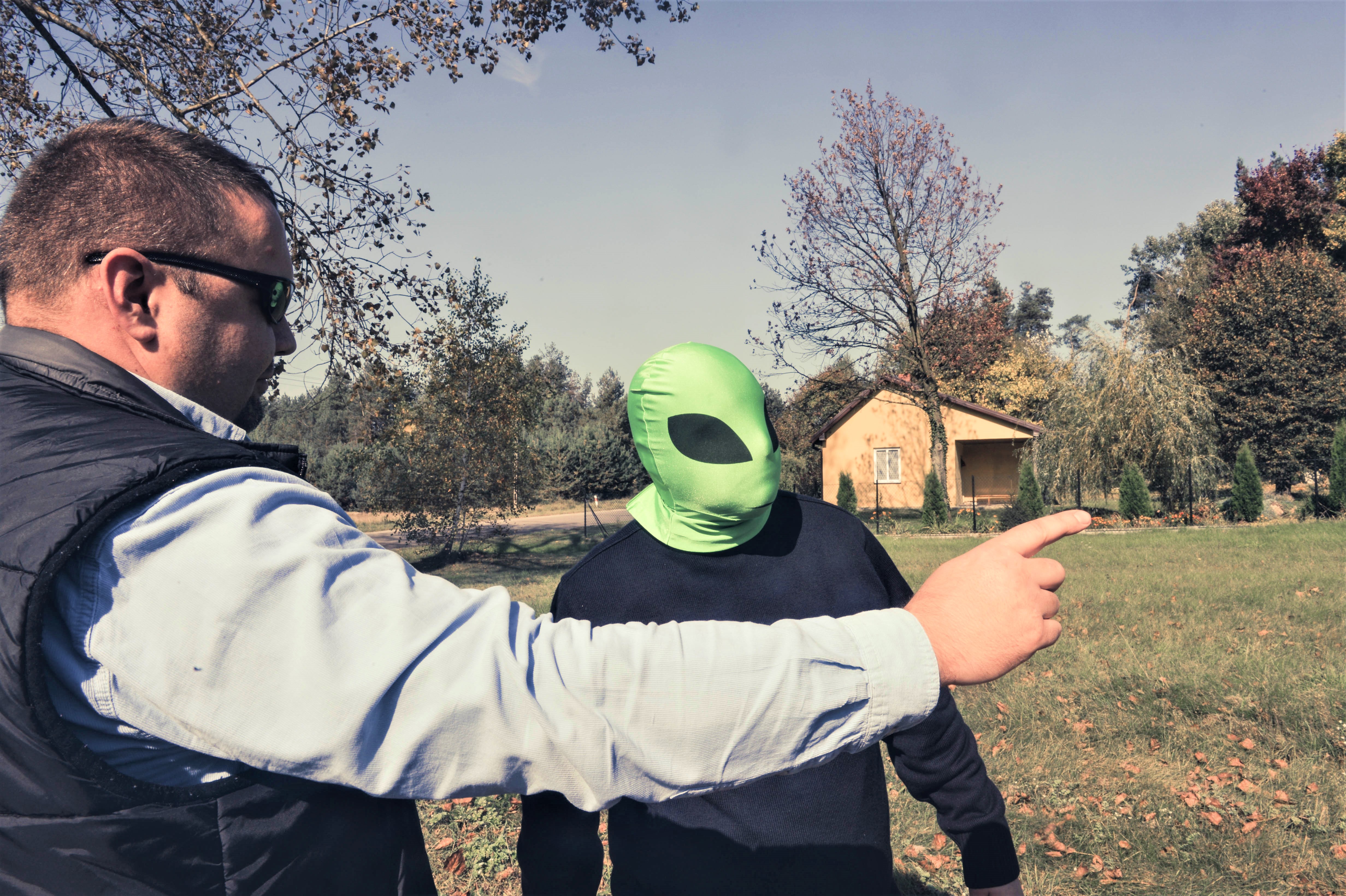 A local shows Webber the location of the alien meeting.TFN

Now you could speculate that Wolski had, just maybe, eaten some kind of special rural mushroom before diving off into an unhinged, psychedelic universe, but doing so would overlook considerable evidence to the contrary: in the days after, bizarre footprints were found in the forest clearing to which he’d been taken. Further, supporting testimony was provided by a six-year-old lad that’d seen an unexplained bus-sized object falling from the sky.

Did any of this really actually happen?

Many questions have been asked since (among them, why the hell do aliens of superior intelligence persist in abducting farmers rather than, say, Noam Chomsky), but what is indisputable is that Emilcin is now home to what is hands down the weirdest monument in Poland.

Unveiled in 2005, and inscribed with the words “The truth will astonish us in the future”, there is not one single memorial I’ve seen that can compete with it in terms of sheer absurdity. It’s nothing but magnificently insane.

Though not even located at the actual UFO site, it’s a cult destination, one that I myself made the pilgrimage to in 2014.

Egged on by an enthusiastic photographer, it was on his behest I assumed the alter ego of a creature called Alain the Alien for the day, before proceeding to startle train passengers, knock on random doors, emerge from bushes and hand out Martian masks to local kids (in, I have to say, much the same benevolent manner you see footballers giving out football shirts to impoverished children). Rarely have I been the subject of such love and fear, and yes, I absolutely loved it. 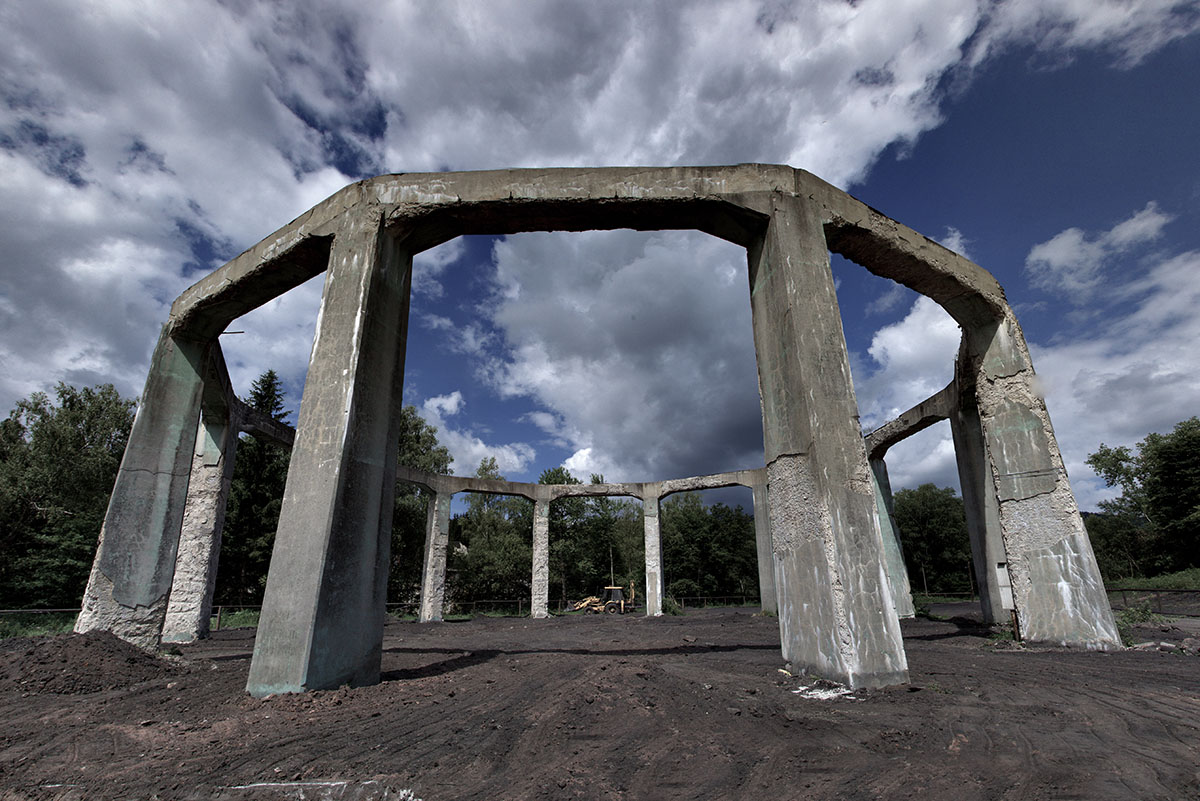 Webber thinks a better candidate for Poland’s Roswell is Ludwikowice Kłodzkie where some claim the Nazis attempted experiments with time travel.Molke.pl

But enough of that. What got me thinking about Emilcin in the first place was a trip that I took just this weekend gone.

For certain, a better candidate for Poland’s Roswell would be Ludwikowice Kłodzkie, another seemingly inconsequential town but one nestled in the Owl Mountains.

Now if you’ve spent your time wisely and read my previous utterances, you’ll already know I have a deep fascination for the dark secrets of the Owls, and I wasn’t disappointed this time around either.

The Molke Muzeum it’s called, though yet others refer to it as the Nazi Stone Henge on account of its defining feature: a set of taller-than-they-look concrete pillars set in a perfect circle. 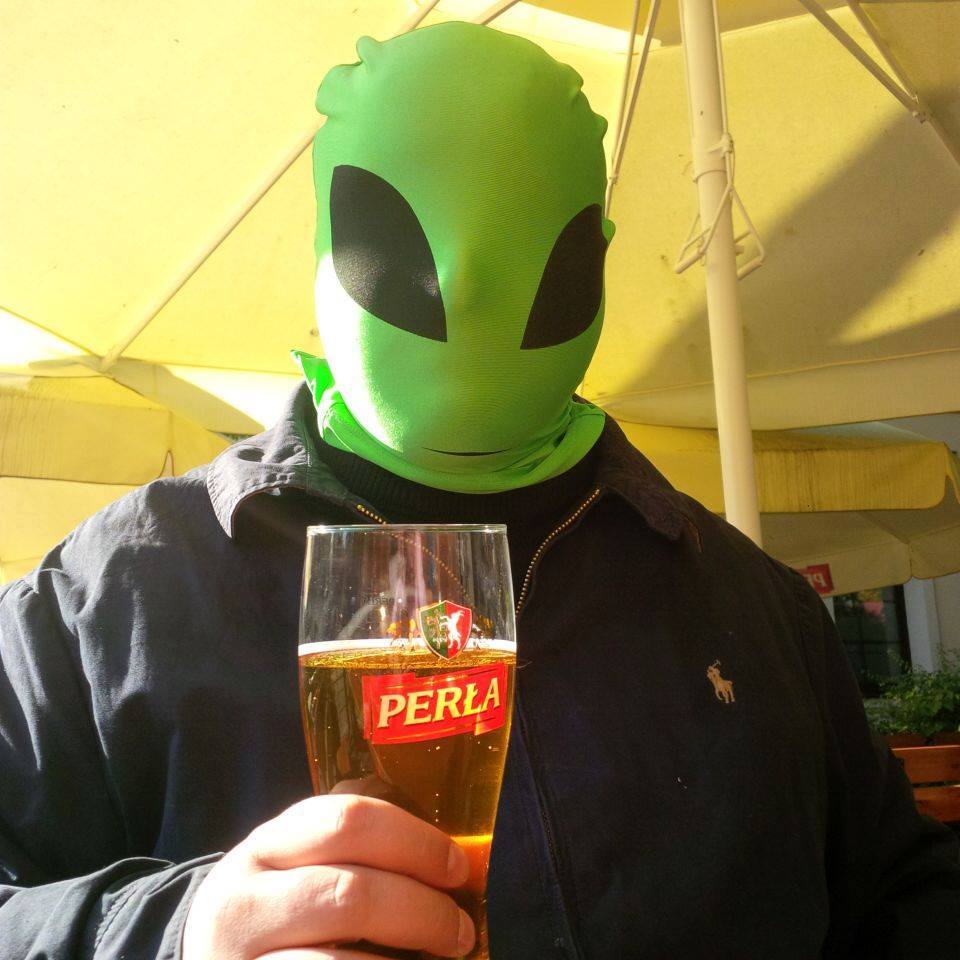 Alain the Alien has a well-deserved pint.TFN

Perhaps already familiar due to their appearance in the Netflix hit Signs, it’s here that some claim that the Nazis attempted experiments with time travel while also developing such wunderwaffe as the bizarre, gravity-defying Die Glocke project (The Bell) and a medley of other supersonic weapons, vertical-flying objects and electro-powered discs.

Though many of the more lurid stories have been discredited by a growing number of trustworthy sources (many now seem to settle on the stone ‘circle’ as being little more than the base of a water-cooling tower), there is no doubt that, like Roswell, there is much about this region we will never know.

Veiled in secrets and rumour, and riddled with unexplained tunnels and inexplicable facilities, what I can say is that for those that love a mystery then this part of Poland just can’t be surpassed.