“We made it!” Wheelchair pals complete epic 46,000km drive across BOTH American continents

A journey which started almost two years ago has finally come to its extraordinary conclusion after two wheelchair-bound thrill-seekers finished an epic road trip from the southern tip of South America to the northernmost tip of Alaska.

Michał Woroch, 34, who suffers from spinal muscular atrophy, and Maciej Kamiński, 35, who has a spinal tumour, arrived in the town of deadhorse, Prudhoe Bay, after 312 days on the road.

On August 2nd, the proud pair wrote on Facebook: “We made it, we conquered the End of the World. We drove from Ushuaia through the two Americas up to Deadhorse in Alaska. Two and a half years working on the project, 312 days travelling and countless hours behind the wheel. We did it!” 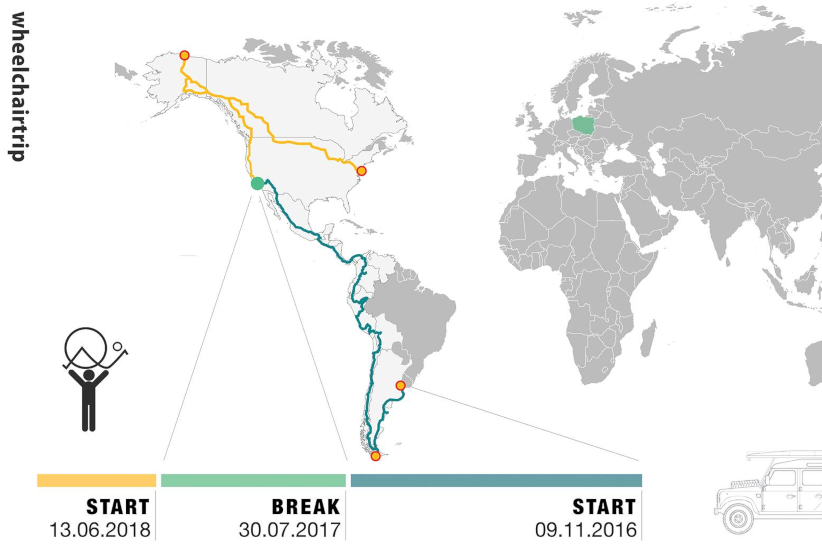 Maciej and Michał are now driving from Alaska to Washington DC. By the time they get there, they will have covered a total of 57,000 km.(Facebook/wheelchairtrip.com)

The idea of wheelchair trip project through the Americas was born in 2014, though it wasn’t the first journey of its kind that Michał and Maciej had done. Previously, they travelled through Mongolia, Spitsbergen (Norway), Western Europe, Scandinavia and India. Those trips gave them the confidence to challenge themselves even further.

After buying a 1996 Land rover Defender they took two years to adapt it to their needs. The car was transformed into a moving house, with two levels of beds and wheelchair lifts.

It was then shipped to Buenos Aires, from where the two adventurers began their drive through two continents and 15 countries. Witnessing the almost unearthly beauty of the nature and coping with the debilitating climate, Maciej and Michał stressed many times, that the most memorable were the people they met along the way. 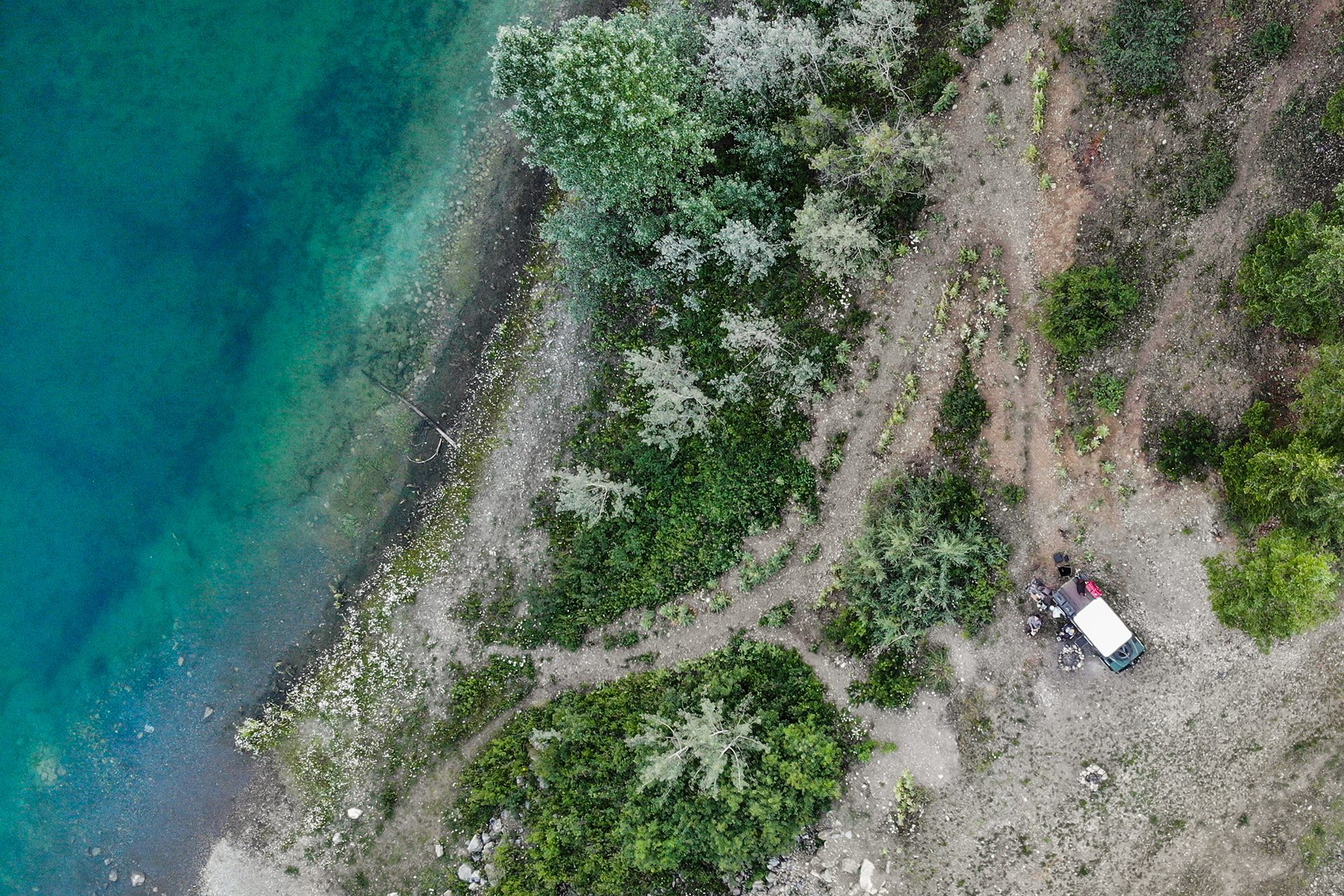 After the rich colourful South American landscape, Michał and Maciej experienced the more severe nature of Alaska and Canada. (Facebook/wheelchairtrip.com)

The journey was not without difficulties. The third engine explosion, which happened in the United States forced them to put the trip on hold, go back to Poland and spend 10 months building a new one and preparing to come back.

Back on the road since June 13th, with a new engine installed, Maciej and Michał, who first met in a hospital ward, drove north from Los Angeles to finish what they started.

In a Facebook video from Alaska, Michał shared his thoughts on reaching the northern end of North America: “We wanted to have the feeling we made it. That we are where we planned to be. It was a very long journey.

“We are at the end of the world. I’m very happy, but also very tired with this trip. I often wondered if it even made sense to exhaust myself like this.” 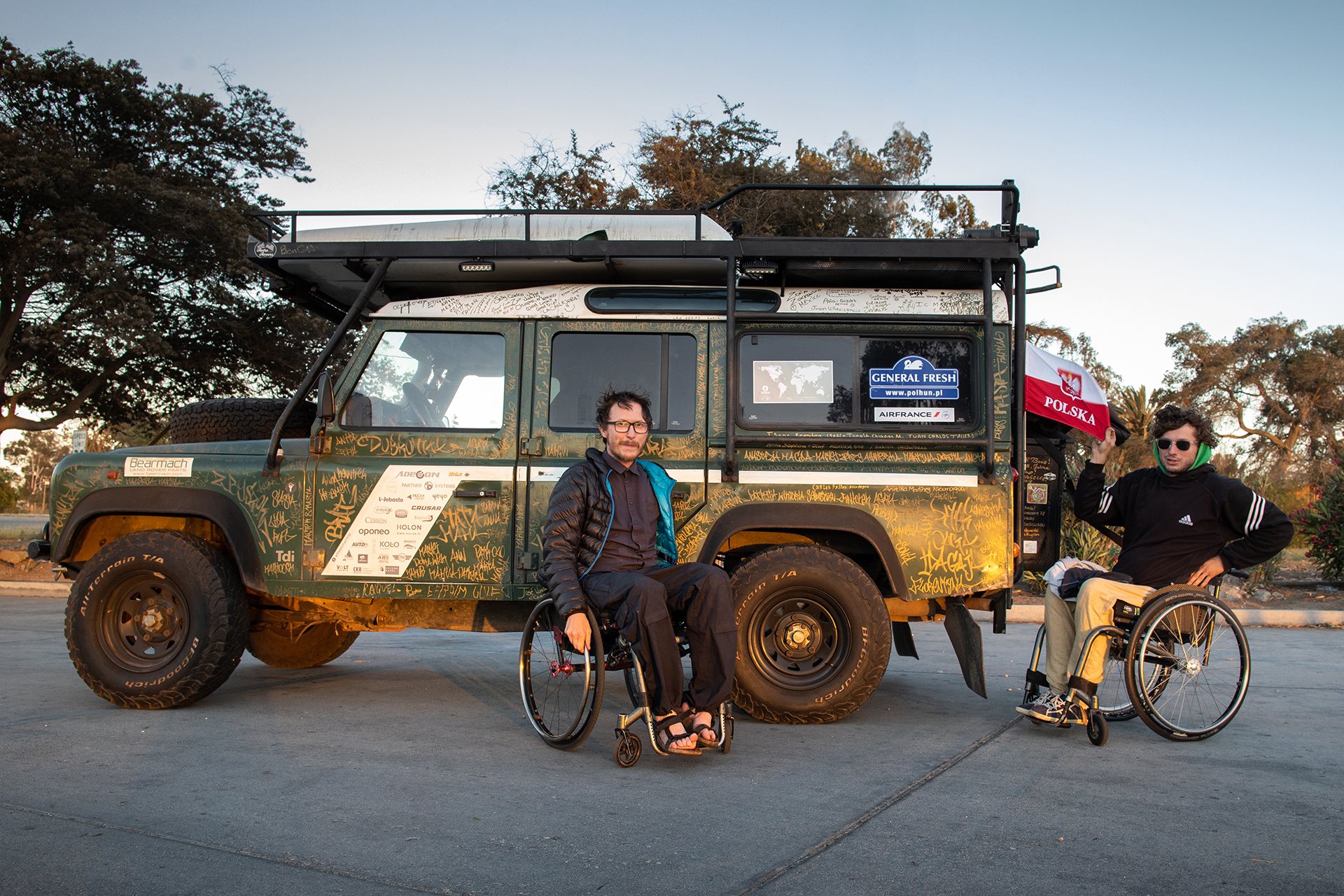 During the trip Def got covered with golden signatures of friends Maciej and Michał made along the way.(Facebook/wheelchairtrip.com)

He added: “I think there is something in it, that when we experience something hard, then in that moment we want to forget about it and take ourselves to a warm, safe place.

“But after we manage to get out of this difficult situation, we remember those hardest moments until the end of our lives and we remember them fondly.”