It’s through a creaking door that a select few tread. Not unlike entering a world that’s been lost and long forgotten, these visitors are met by a 19th century catacomb complex where, in the dark, dim half-light, grand vaulted ceilings cast a reflection on the inky black waters to create a kaleidoscope effect that is both hypnotic and unsettling. Not dissimilar to staring into a Magic Eye, they are left disoriented and dazed by the distorted dimensions that lie straight ahead: where does the water begin? And where does it end?

This is not Paris and neither is it Rome. This is Warsaw, namely the city’s Filtry Station, an engineering masterpiece unveiled 133 years ago to supply the city with clean water. Designated a historical monument by President Komorowski in 2012, its induction to Poland’s heritage list saw it join A-list attractions such as the old town in Kraków, the Wieliczka Salt Mine, the Gdańsk Shipyards and the castle in Malbork. 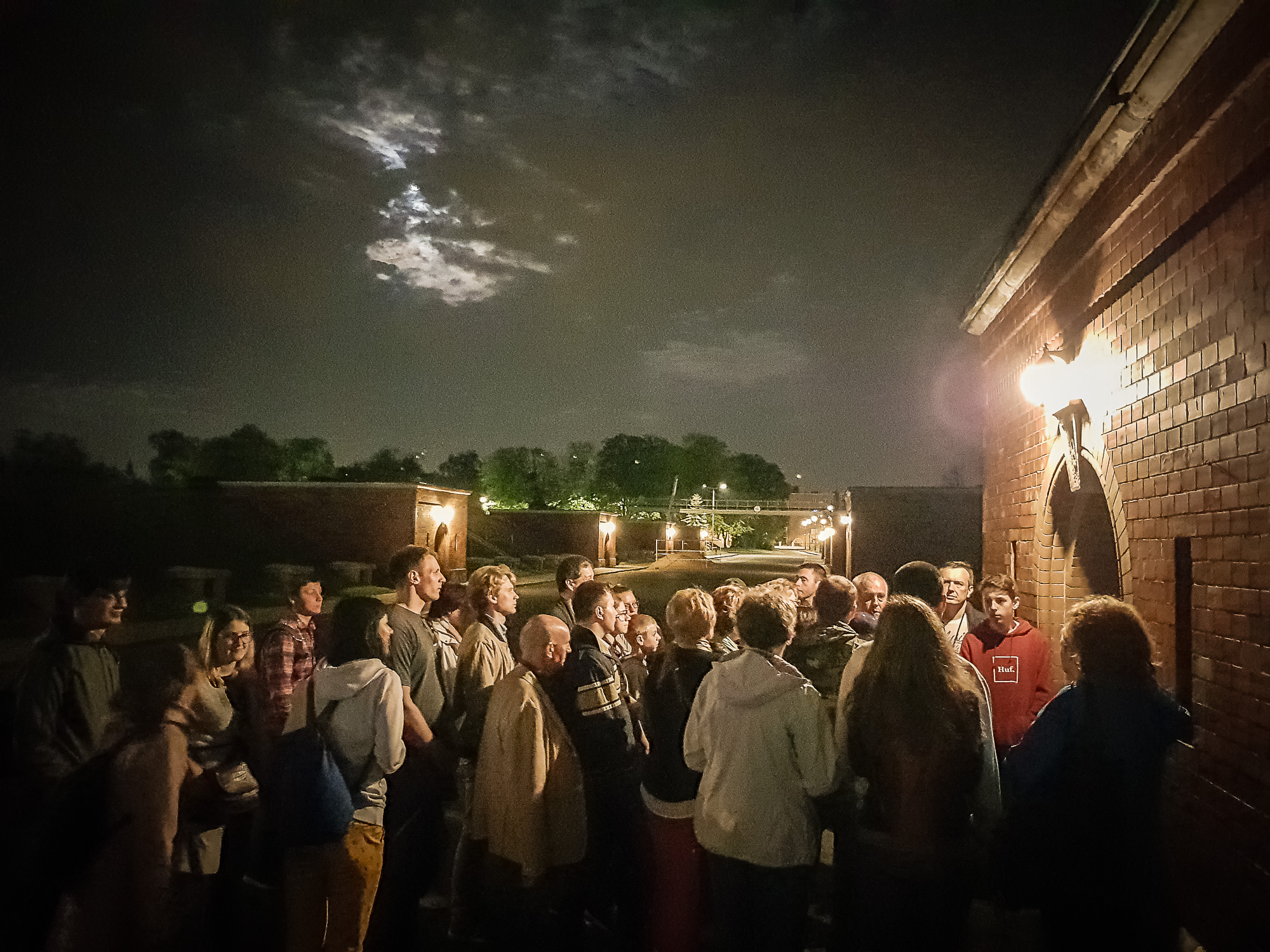 Tickets to get into the station sell-out fast.Kalbar/TFN

All are easier to visit.

Open at weekends during July and August, tickets go fast for Filtry – released online, they’re usually snapped up within minutes like those for a music festival. Those who miss out first time are left to negotiate an impenetrable contact system that’s Byzantine in its complexity.

The rewards, however, are ample. 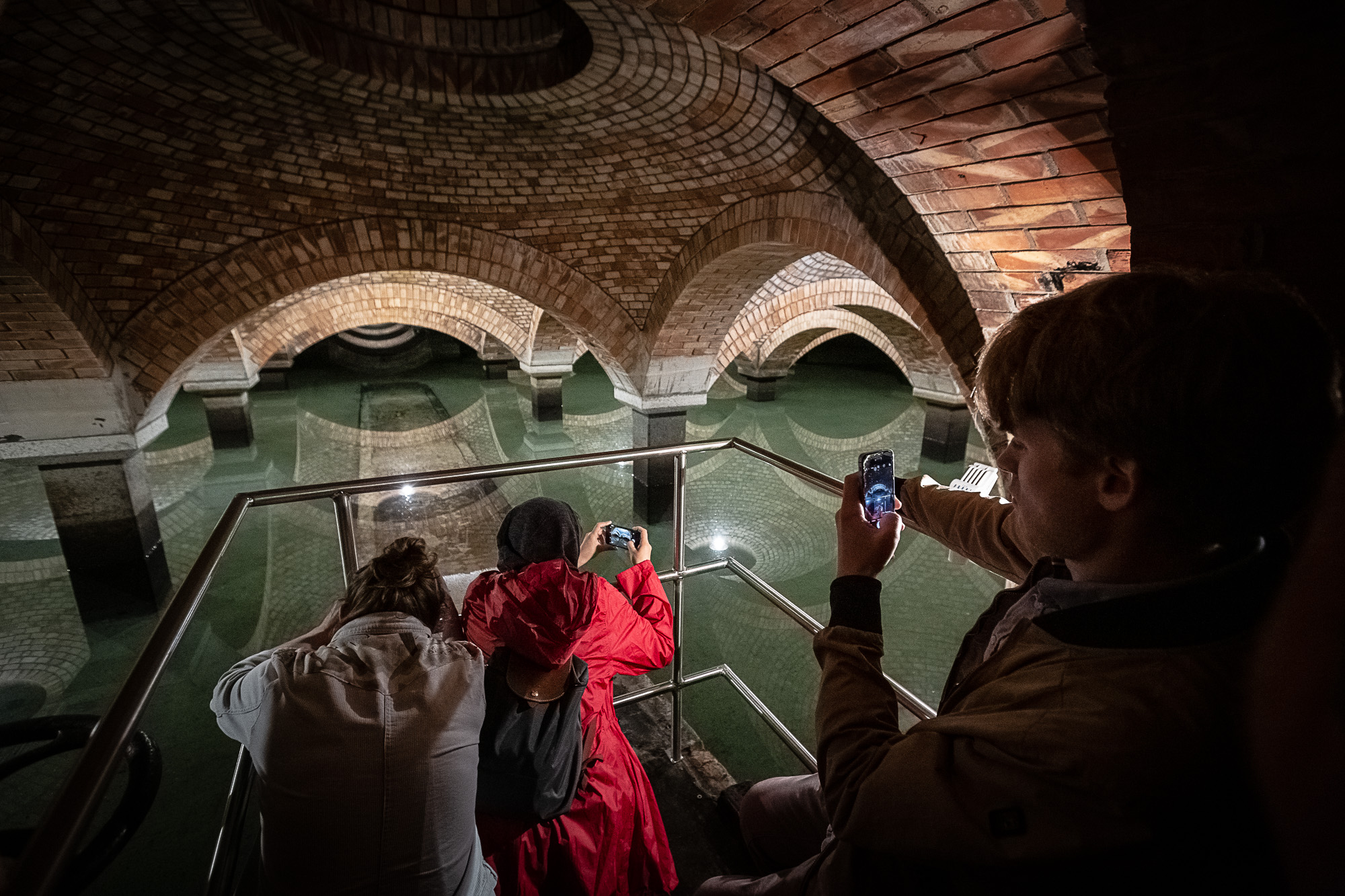 Opened in 1886, the system made Warsaw only the sixth European city with a modern sewage system.Kalbar/TFN

Those doubting the credibility of including a water processing plant on a heritage list involving the nation’s most spellbinding treasures underestimate the sheer majestic glory of the Filtry Station.

Built on the orders of the Russian president of Warsaw, Sokrates Starynkiewicz, it was his visionary approach to local governance that saw the introduction of a horse-drawn tram network and the installation of the first telephone lines in the city. Undisputedly, though, it was the addition of a waterworks that were to become his defining endowment to Warsaw. 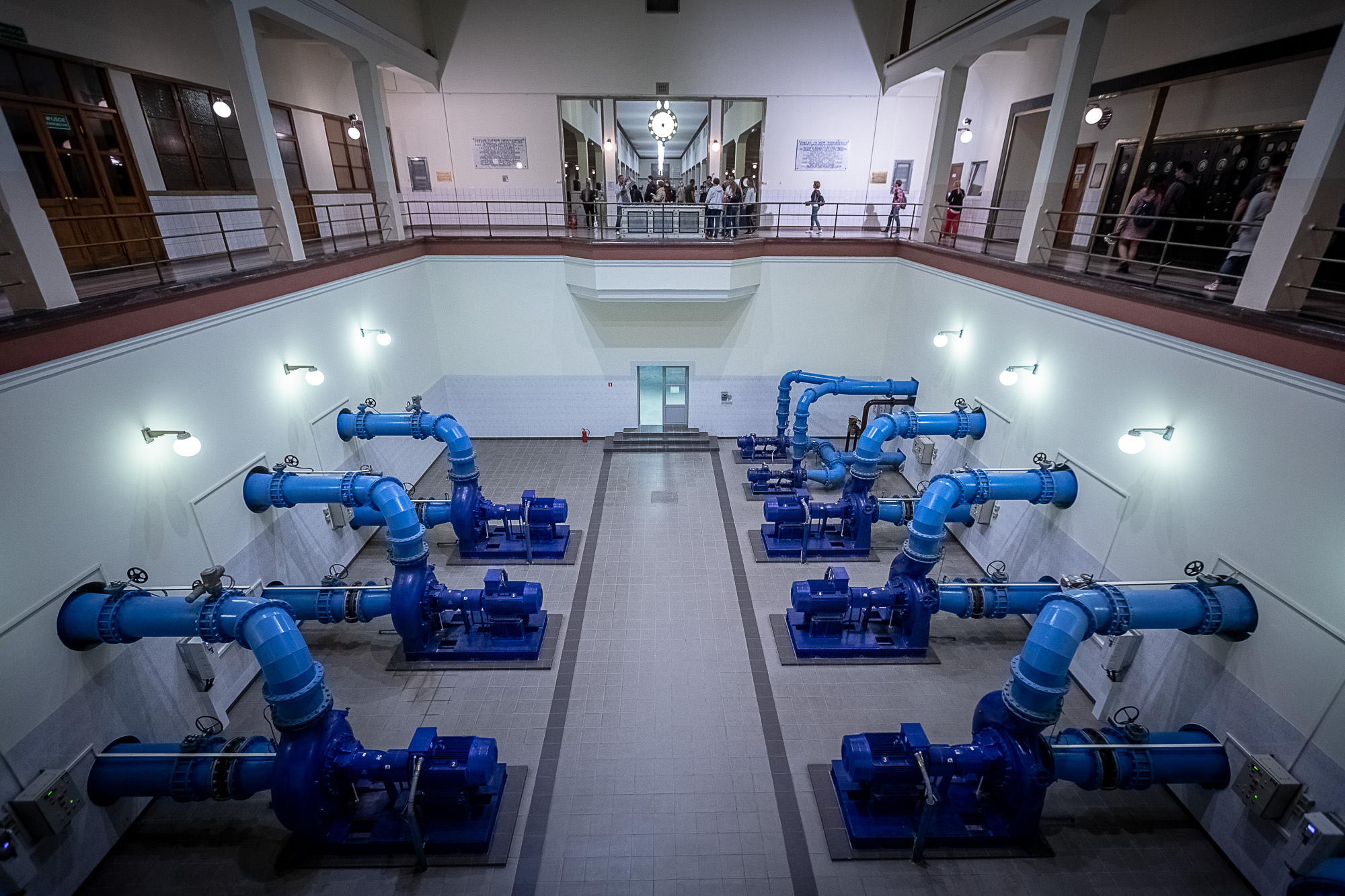 Designated a historical monument in 2012, it joined an A-list attractions such as the old town in Kraków, the Wieliczka Salt Mine, and the Gdańsk Shipyards.Kalbar/TFN

When Starynkiewicz first assumed office in 1875, the city was plagued by hideous sanitary conditions. Just decades before, Napoleon had infamously expressed his disgust at the stench of the Old Town and matters had only deteriorated since. Raw sewage running through the streets was a common sight and the lack of clean water contributed to frequent typhus epidemics. Starynkiewicz saw the need for change and hired the Englishman William Lindley to construct a waterworks that would solve the city’s problems.

An expert in urban planning, Lindley had previously worked alongside luminaries such as Marc Isambard Brunel (father of Isambard Kingdom Brunel), and his lifetime achievements would eventually encompass the design of sewer systems and water treatment facilities in Hamburg, Vienna, Budapest, Prague, Moscow and many more cities besides. By headhunting Lindley, Starynkiewicz had recruited the very best of the best.

The station spans a total area of 82,000 square metres.Kalbar/TFN

Accepting Starynkiewicz’s offer over a similar one in Sydney (Australia, reasoned Lindley, was simply too far to travel for a 70-year-old), the Englishman set to work in 1876 taking two years to finesse his final design. Choosing the highest point in the city, construction then began in 1881 under the supervision of his son, William Heerlein Lindley.

With laborers working at a breakneck pace, the project was officially unveiled on July 3rd, 1886. On the same day as the world’s first automobile pootled out onto the streets of Mannheim, the residents of Warsaw had their own cause to celebrate, with the city’s 400,000-strong population finally able to enjoy blanket access to clean, filtered tap water for the first time in their lives. 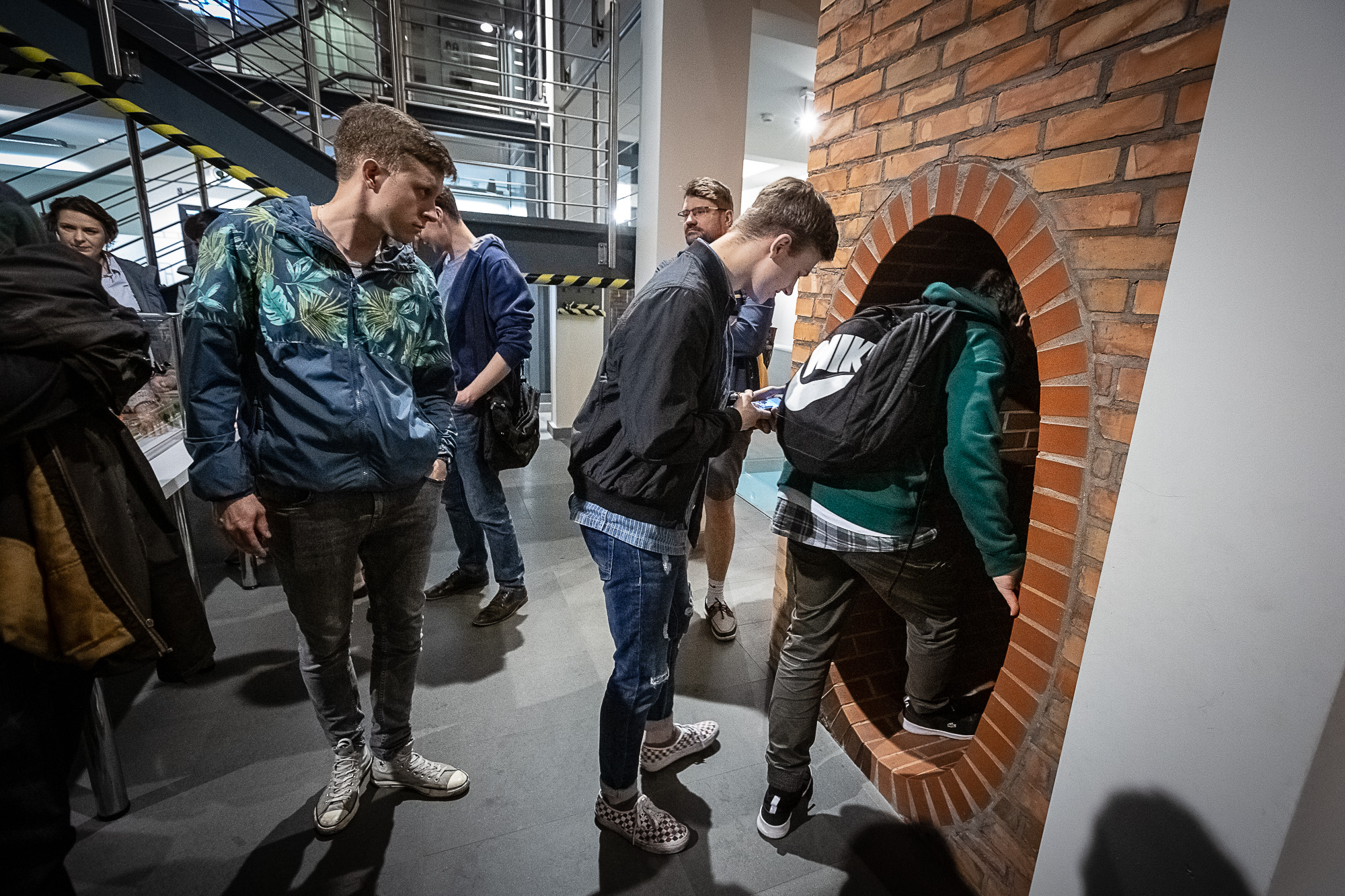 A curious crowd of visitors explore the system.Kalbar/TFN

Yet while this made Warsaw only the sixth European city with a modern sewage system, not everyone was happy. Buoyed by a pamphlet that was widely distributed at the time, rumours were rife that the subterranean canals were part of a Jewish plot to spread disease and plague and thereby “exterminate the Slavic population living by the River Wisła.”

Farmers, who had hitherto relied on Warsaw’s abundant supply of human waste to fertilize their crops were equally outraged, whilst yet more simply baulked at the cost. Priced at the modern day equivalent of “several metro lines”, Lindley’s scheme was viewed as an extravagant exercise in vanity, an opinion fostered by the engineer’s own insistence on using only top materials – bricks, for instance, had been produced in two specially selected factories and were individually checked and weighed to ensure their quality and durability. 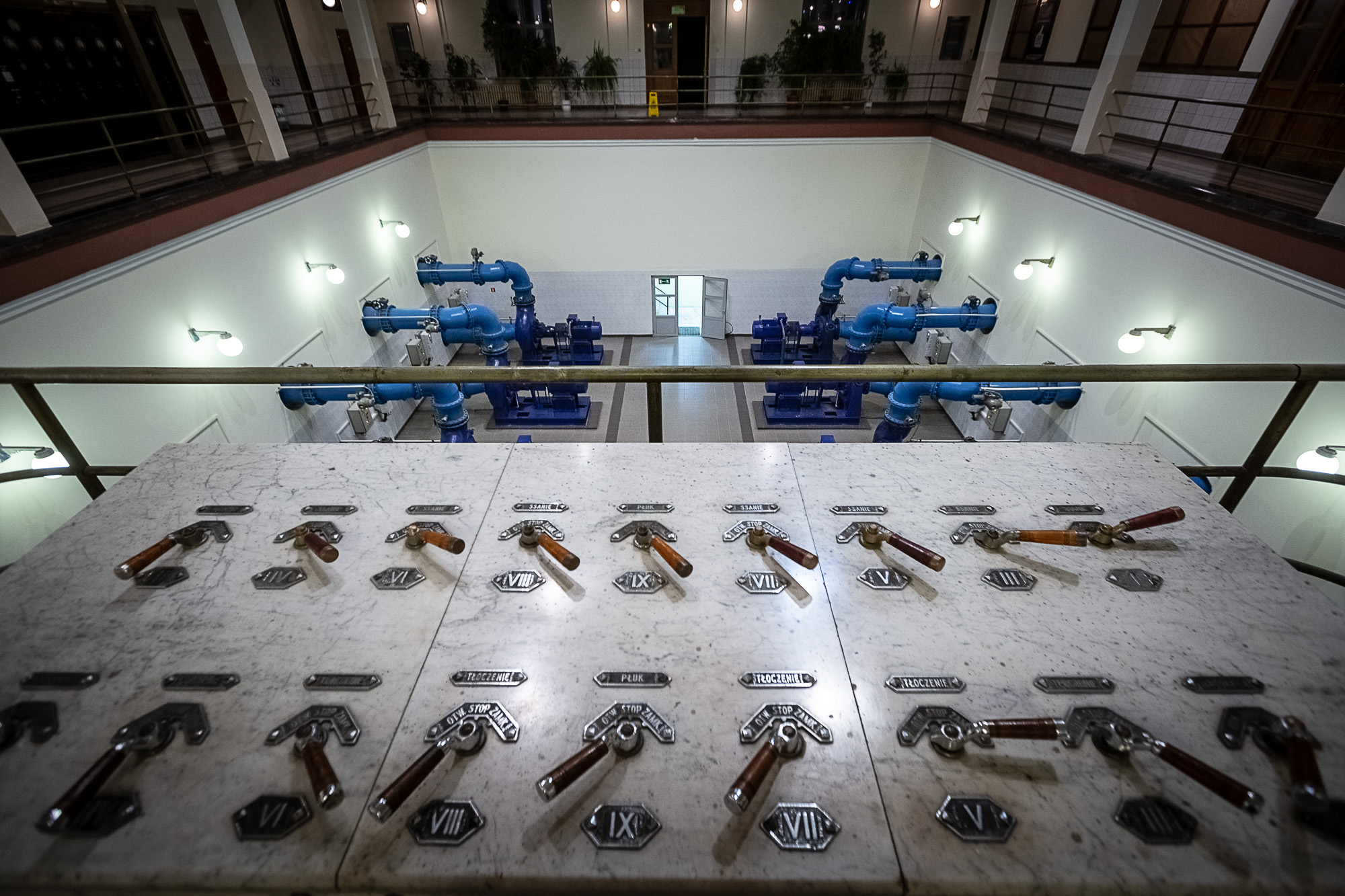 All hands to the pumps. The system keeps on providing water to the city despite its age and the city’s growing population.Kalbar/TFN

Ultimately, Lindley was proved right. Still functioning to this day, his facility wasn’t just built to last, but also took into account the fact that the city’s population would rocket in the future.

Spanning a total area of 82,000 square metres, today those fortunate enough to enter this closely guarded world will see a 40-metre tower once used to discharge steam from the boilers (and, later, as a German sniper’s nest during the 1944 Warsaw Uprising) and an Art Deco era rapid filter facility that’s among the most best preserved examples of this style left in the country.

Pleasingly geeky in its commitment to the topic in hand, an engaging museum does a sterling job of paying tribute to the plant’s story, whilst back outside century-old trees offer the only obstacle to unimpeded views of the city’s blooming skyline. Traversing a never-ending grid of pathways strung between grassy banks that conceal Lindley’s Neo-Gothic crypts, the final effect is of touring a clandestine secret that’s unknown to most.