Maps have appeared in Kraków showing residents and tourists shops that stock goods minus unnecessary packaging, and where they can have broken items fixed rather than throwing them away.

Joanna Kądziołka from the Polish Zero Waste Association came up with the idea of zero-waste maps while walking the streets of her home city.

The first three maps are located in and around the city’s Nowa Huta district’s Central Square.  The neighbourhood, planned by the Communist authorities as a model utopian city with straight streets and grandiose buildings, may not be easy to navigate when looking for a tucked away shoemaker or tailor. 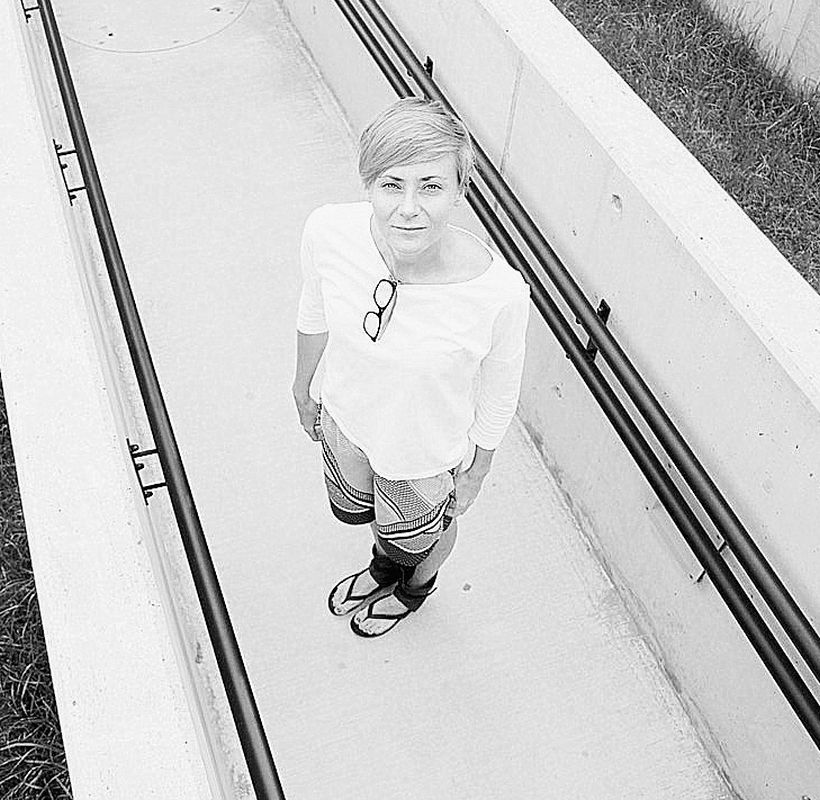 Using simple symbols, the maps are marked with farmer markets, delis, and all sorts of services from sports gear repair to watchmakers and electricians – all within 10-minute walking distance.

“I would like to show to people that they can go shopping on foot, and that they do not need to throw away something that can be fixed," Kądziołka, told TFN about the #blisko (#close) campaign that the maps come under.

“They can take a bike to a repair shop, they can use second-hand shops if they want to buy something. They can have all these things in very good quality. 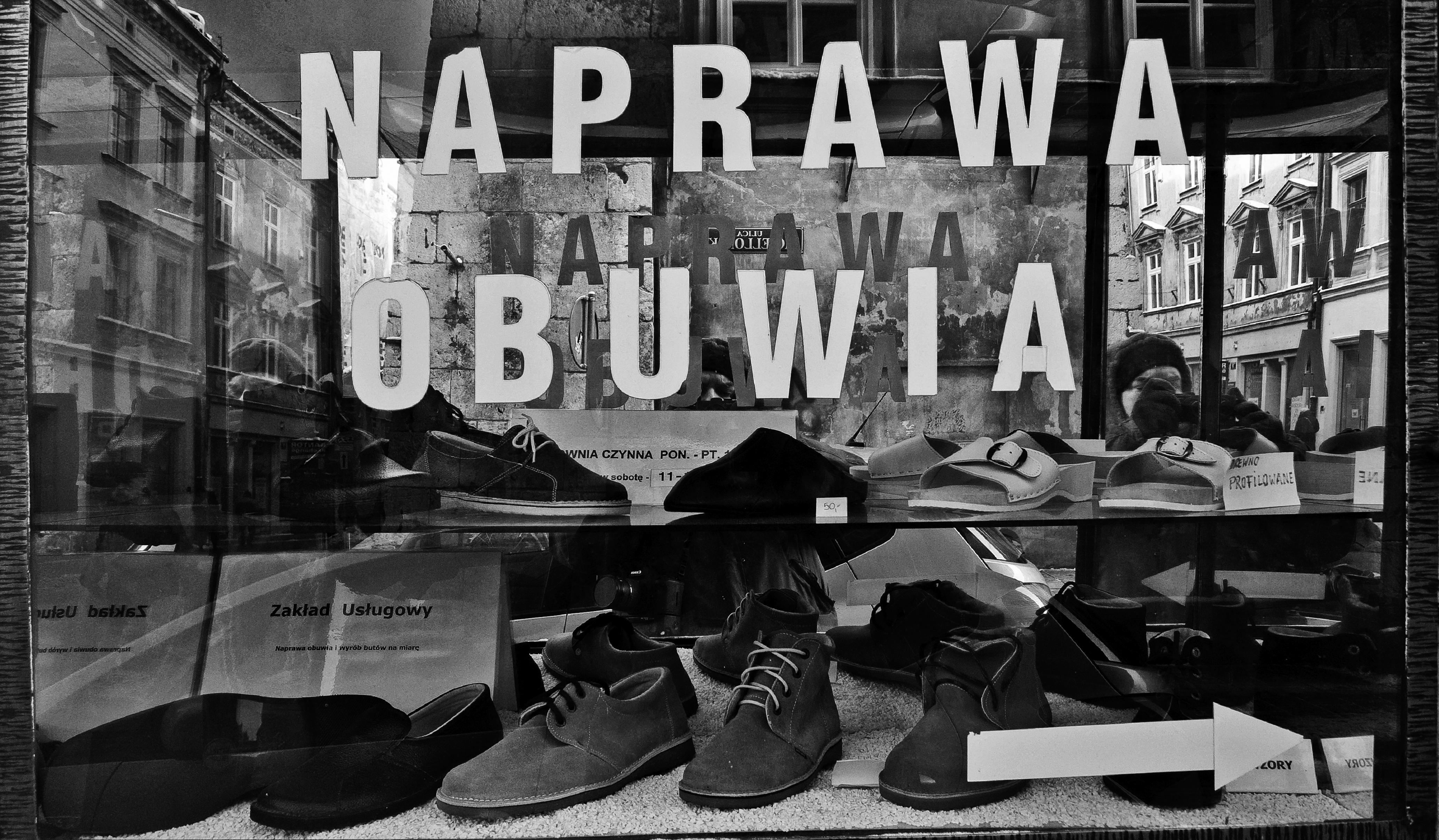 “I follow the European urban trends and I like the idea of ‘15-minute city’,” she continued. “For example, Paris is introducing it, but also Edinburgh and Milan.  The quarter of an hour is not just about the access to sale and service points around the place where we live. It’s also about hospitals, doctors’ offices, kindergartens, and the like.”

The idea is beneficial from many angles. Not only do customers save time, but they also limit their commute and as a result CO2 emissions. What’s more, the maps support smaller shopkeepers and buying locally. The campaign’s focus is also on the reduction of waste, such as plastic bags, food packaging and coffee cups, which often land in the bin a few minutes after purchase. 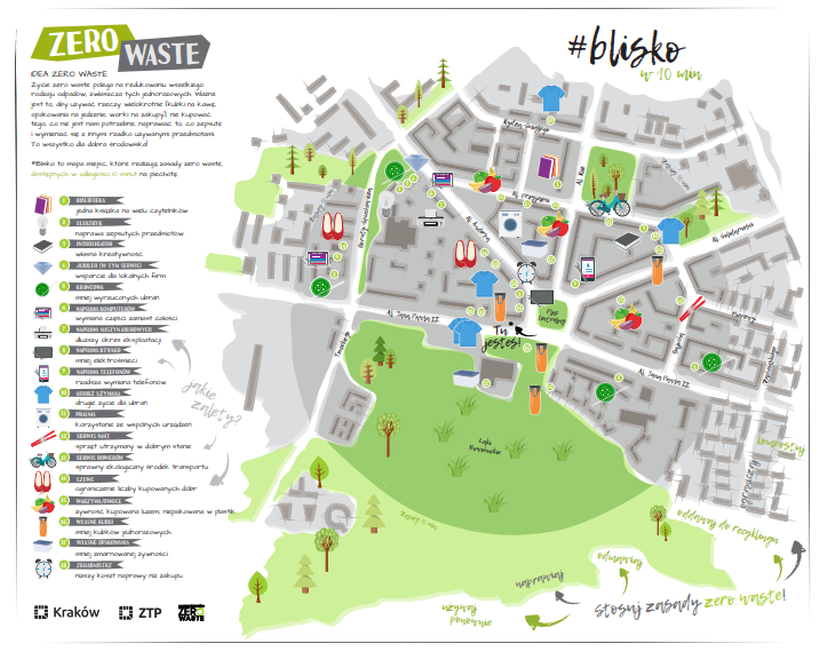 Using simple symbols, the maps are marked with farmer markets, delis, and all sorts of services from sports gear repair to watchmakers and electricians.Joanna Kądziołka

The project began, when Kądziołka won third place with her Zero Waste Maps at the 2019 Climathon, which took place across 156 cities in 50 countries. Kraków’s theme was mobility and zero-emissions.

With a happy coincidence, the Public Transport Office was looking to replace its maps, and Kądziołka was able to receive three spots to display her maps on a trial basis. With the maps getting a positive reception she plans to expand the initiative to other Polish cities, and create an app where locals could add their favorite zero-waste spots. 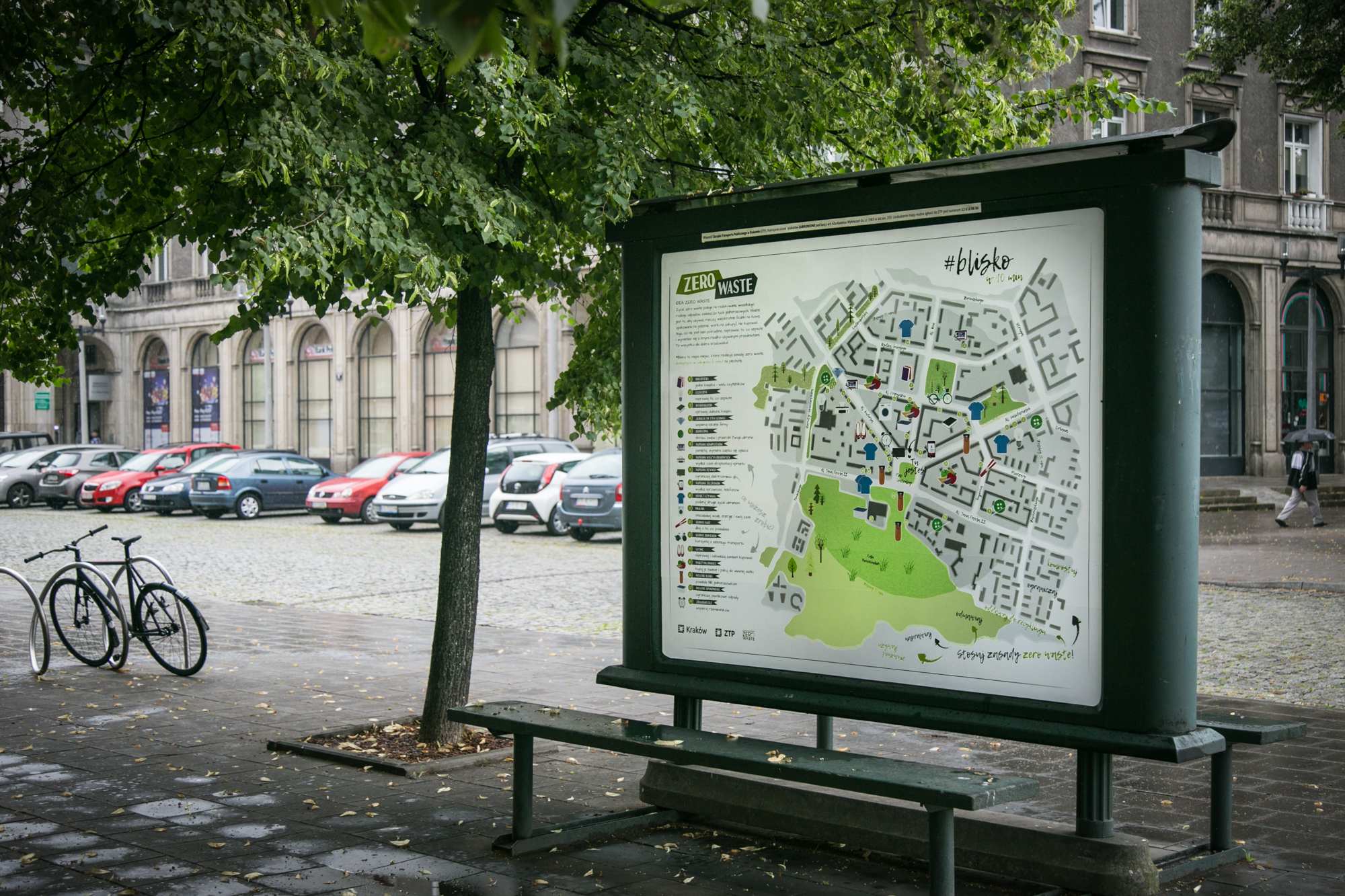 The campaign’s focus is also on the reduction of waste, such as plastic bags, food packaging and coffee cups.Joanna Kądziołka

“I would like to develop this project, as new things come to mind all the time,” she said. “I want to organize educational walks around Nowa Huta to show youth how the zero-waste trend works in practice. I could take them to the local craftsmen and promote these dying occupations.”

According to Central Statistical Office data, an average Pole produces 325 kilograms of waste per year, while the EU average is just below 500 kilograms. Since 2008, the amount of municipal waste has decreased by 10 percent, and the recycling rate has increased significantly from 6.9 percent in 2006 to 34 percent in 2017. However, Poland still lags behind the European Union, where the recycling rate is almost 47 percent.