Fire broke out on a multi-million-dollar, high-rise office development in Warsaw on Friday night in one of the biggest blazes to strike the capital in decades.

Dramatic photographs and videos show flames and sparks lighting up the night sky in Warsaw after fire tore through the upper floors of the Warsaw Hub, an office and luxury hotel complex still under construction in the heart of the capital’s fashionable and up-and coming Wola district. 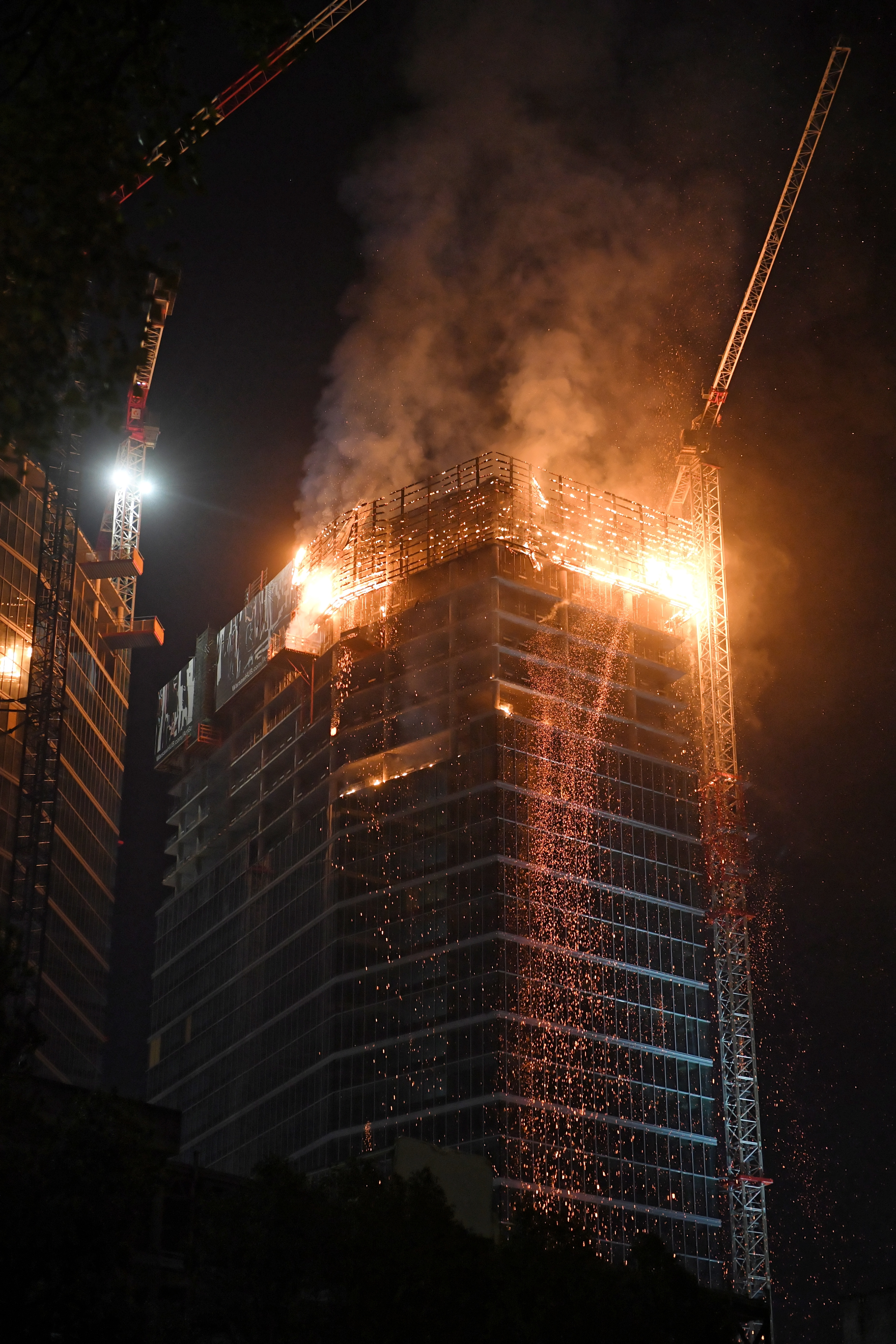 Over a 130 firefighters from Warsaw and surrounding areas fought the blaze.Radek Pietruszka/PAP

Dozens of firefighters battled the blaze that broke out on the 25th floor of the 130-metre high building around 11pm.

“It was certainly a difficult and busy night for the firefighters from Warsaw and Mazowsze,” Karol Kierzkowski, from the Provincial Headquarters of the State Fire Service, told the TVN 24 news channel. “In total there were over 130 of them along with 35 vehicles from Warsaw and four from surrounding areas.” 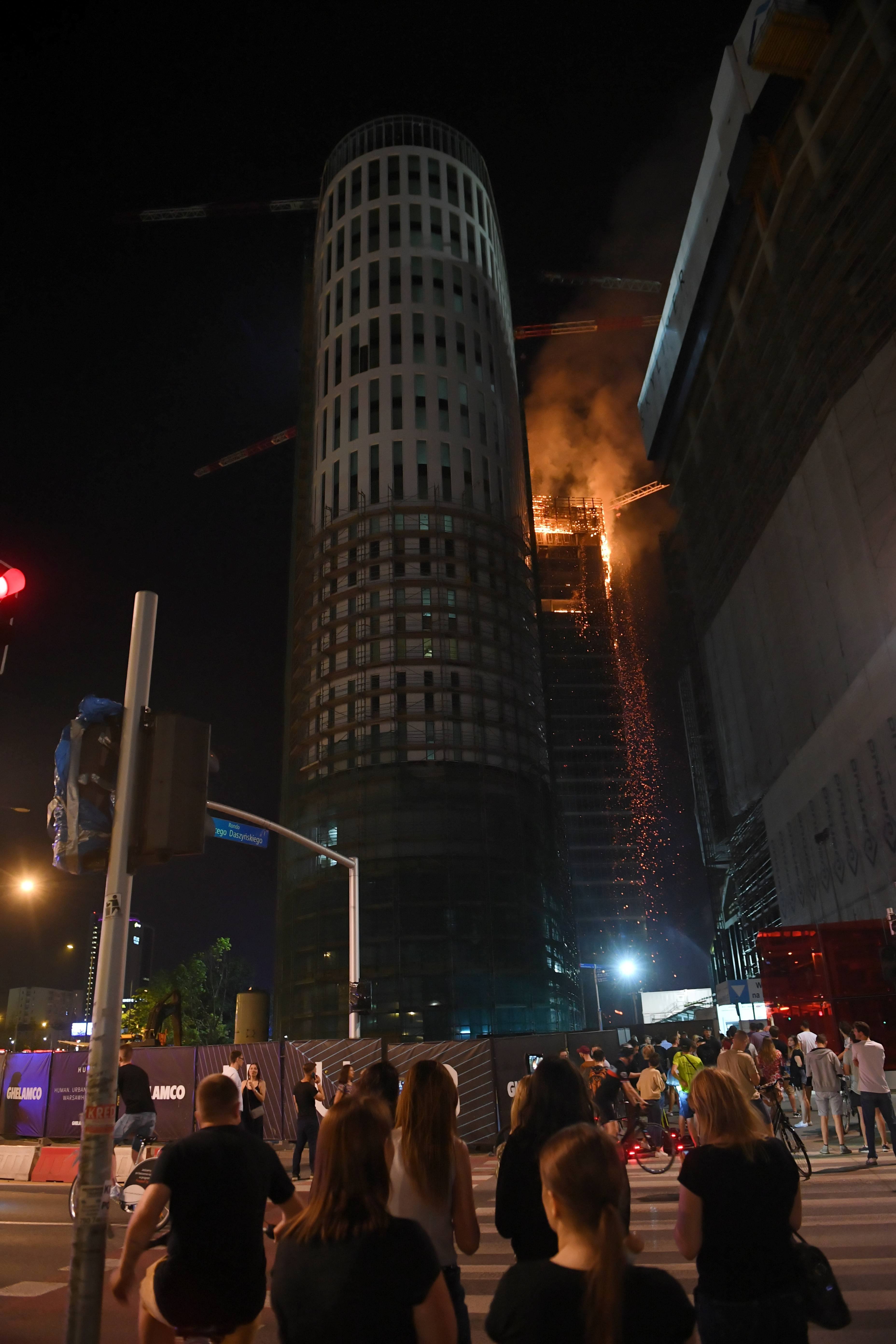 Despite the intensity of the blaze the building is in no danger of collapsing.Radek Pietruszka/PAP

Fire brigade officers stressed the difficulty firefighters faced tackling the blaze in the high-rise building with even just reaching the fire with equipment and water proving to be a struggle. It was not until 5am that the blaze was finally extinguished. 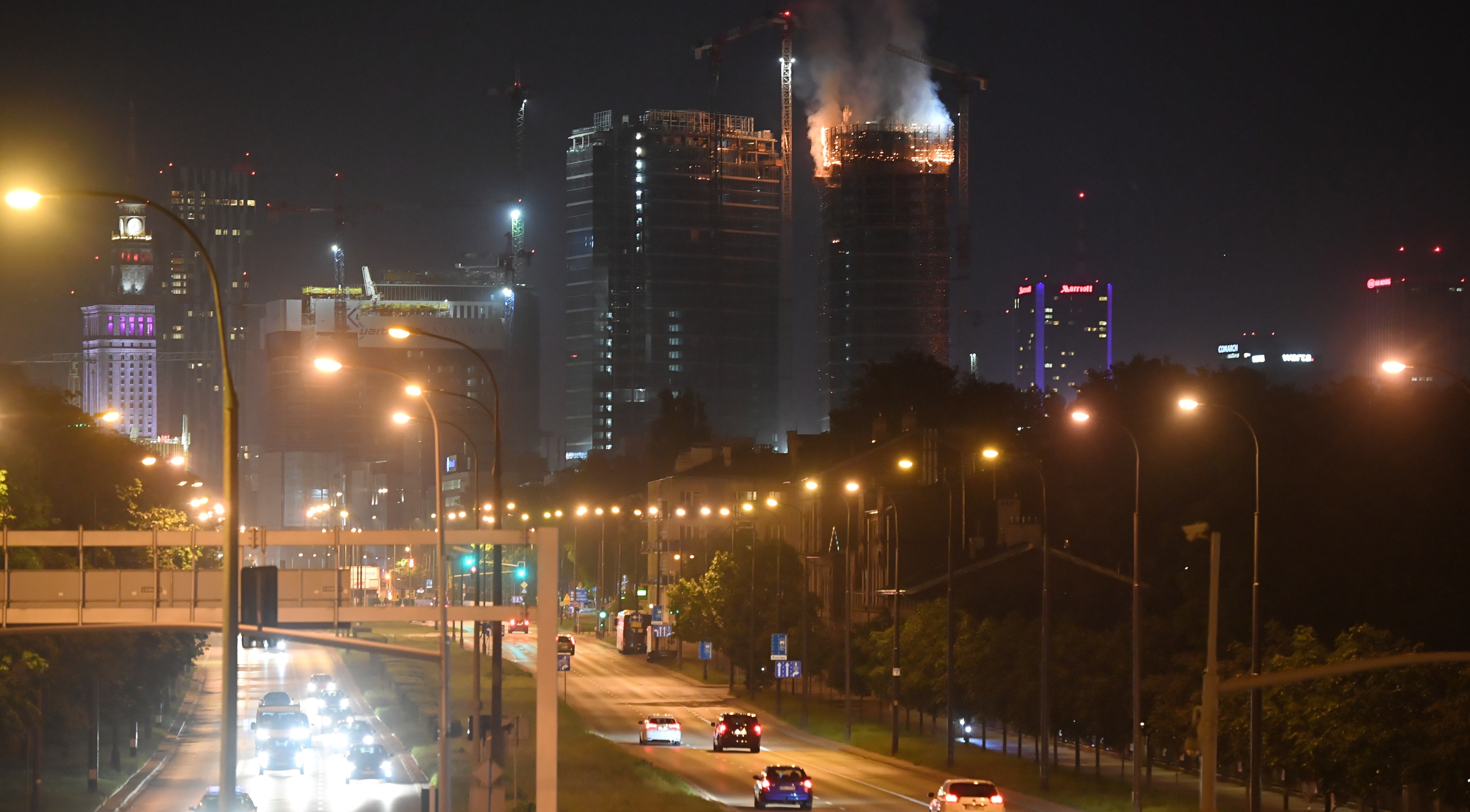 Just what caused the blaze is now under investigation.Radek Pietruszka/PAP

No firefighter was injured during the operation, and because the fire broke out at night no construction workers were on site at the time. Although the area around the Warsaw Hub has been closed to the public the fire brigade said that the fire had not damaged the structural integrity of the building and there was no danger of collapse. 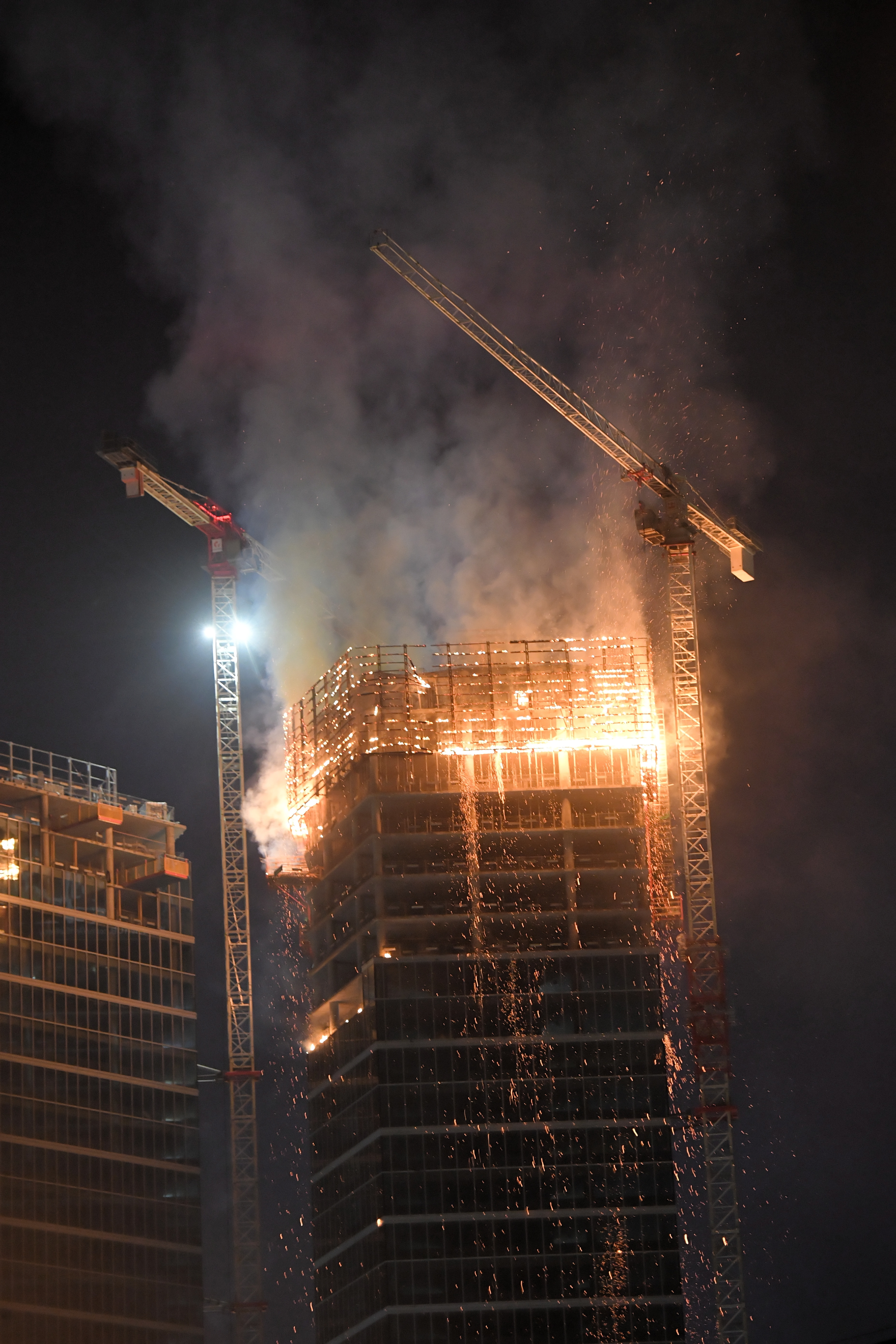 Getting water and equipment 100 metres up proved to be a challenge for the fire brigade.Radek Pietruszka/PAP

Experts are now trying to determine the cause of the fire.

The Warsaw Hub is one of the latest projects to make its mark on the skyline of Wola, a district that has attracted huge amount of investment in recent years and become a hot spot for property development. 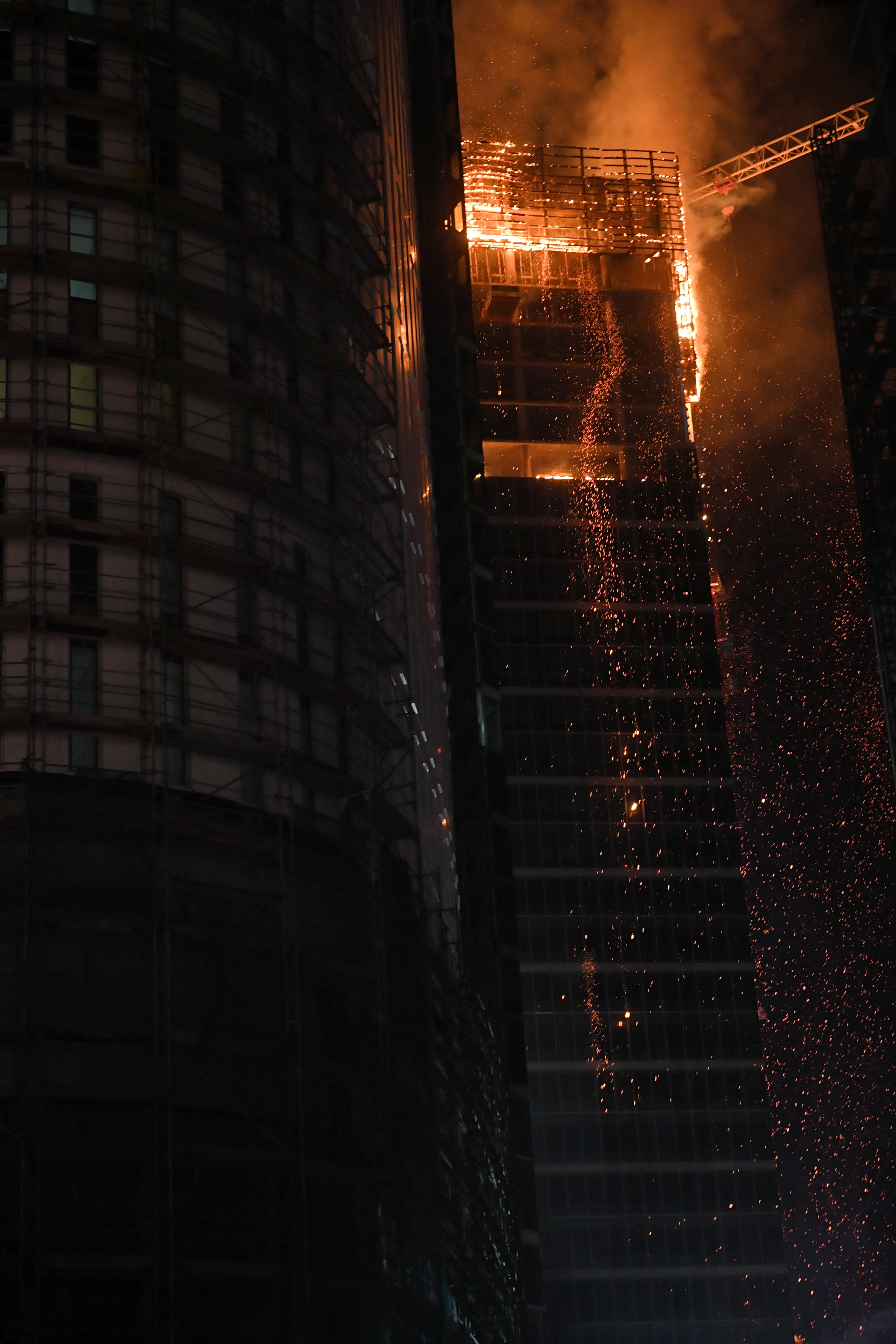 Firefighters were helped by the fact that the unfinished building had little in the way of combustible materials on it.Radek Pietruszka/PAP

A project by the Belgian developer Ghelamco, the Hub consists of a 130-metre and an 85-metre tower on a shared 100-sqm foundation.