Tucked away behind the former royal riding arena in the park of the King Jan Sobieski’s baroque palace complex in Wilanów is a modernist building that has become a true Mecca for lovers of poster art.

The Poster Museum at Wilanów houses one of the biggest collections of posters in the world, with over 55,000 items.

Opened in the turbulent year of 1968, it sprang from the international success of the Polish School of Poster, and a surprising bit of leniency from the Communist authorities when it came to the freedom of expression in this form of art.

Mariusz Knorowski, the museum’s curator, told TFN: “It was based on an unwritten contract. The artists had to be available for political subjects, but they had a certain autonomy, a freedom of expression and creation in the domain of film and theatre posters.” 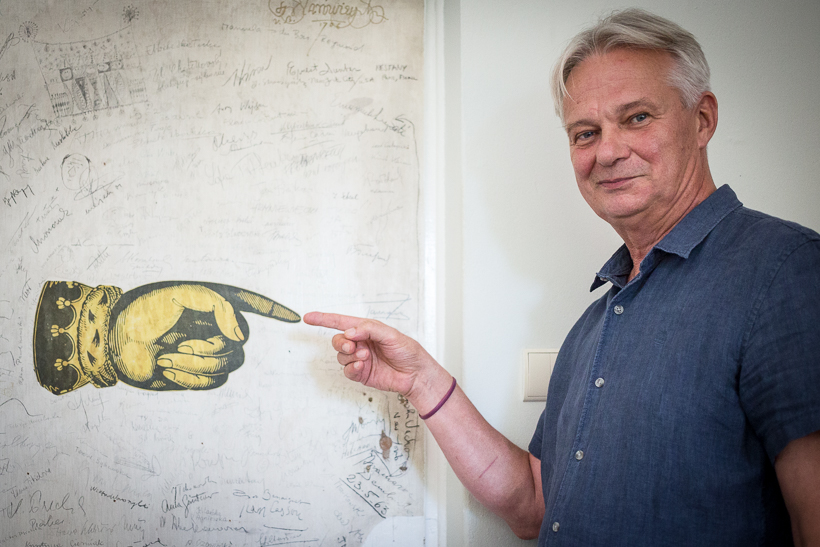 Mariusz Knorowski, the Poster Museum’s curator, next to the door from Roman Cieślewicz’s atelier with over 100 signatures of the most prominent members of artistic circles of that time, including Andrzej Wajda and Franciszek Starowieyski. Cieślewicz was one of the chief representatives of the Polish School of Poster. The doors are now installed in the curator’s office.Kalbar / TFN

The Polish School of Poster was an artistic phenomenon of the Fifties and Sixties that made art critics around the world sit and take notice that something unique was happening behind the Iron Curtain.

“There was no manifesto, nor document or author declaration, proclaiming to the world the existence of the Polish School of Poster”, said Knorowski. It originated, he explained, from two poster design departments at the Warsaw Academy of Fine Arts, led by professors Henryk Tomaszewski and Józef Mroszczak.

They introduced a new method, renouncing the previous canons and foreign influences. Knorowski expanded on the subject: “A poster could get rid of any formal rigors to become a work of artistic creation, and at the same time an expression of individual imagination.

“As Tomaszewski dictated, the poster’s creator had full freedom of expression,” he continued. “If he was doing a film poster, he didn’t have to create an image of a main character or a key scene. He could indulge his imagination, create his own image, and treat it as a visual metaphor”. 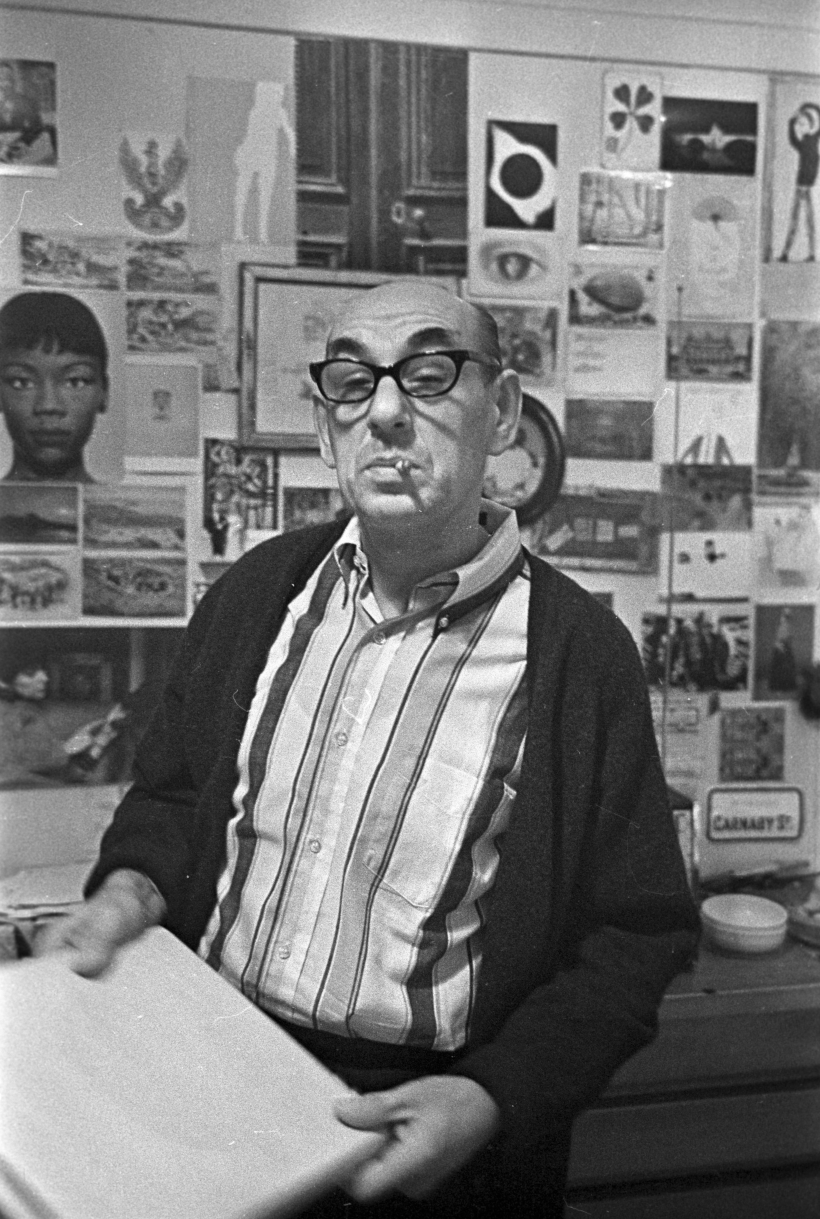 Prof. Henryk Tomaszewski, one of the ‘founding fathers’ of the Polish School of Poster. An accomplished artist and illustrator, as well as a lecturer at the Academy of Fine Arts in Warsaw. He educated and gathered around himself the most talented graphic artists from Poland and abroad.Wiesław Prażuch/PAP

In an article for the Guardian about Polish cinematography, director Martin Scorsese referred to the uniqueness of Polish posters: “I own quite a few myself,” he said. “They can seem odd to non-Polish viewers. Sometimes you look at them and wonder: what bearing does this image have on this picture? And then you see that there’s a rare place for cinema in the culture itself, because the relationship between the films and their posters is so unique. Most often, they capture the concept of the film itself.”

Knorowski commented: “Poles suddenly began experimenting with posters with a lot of flippancy. An important motive was that in the times of socio-realism they could not fulfill their potential as autonomous painters, because an aesthetic doctrine was in force.” 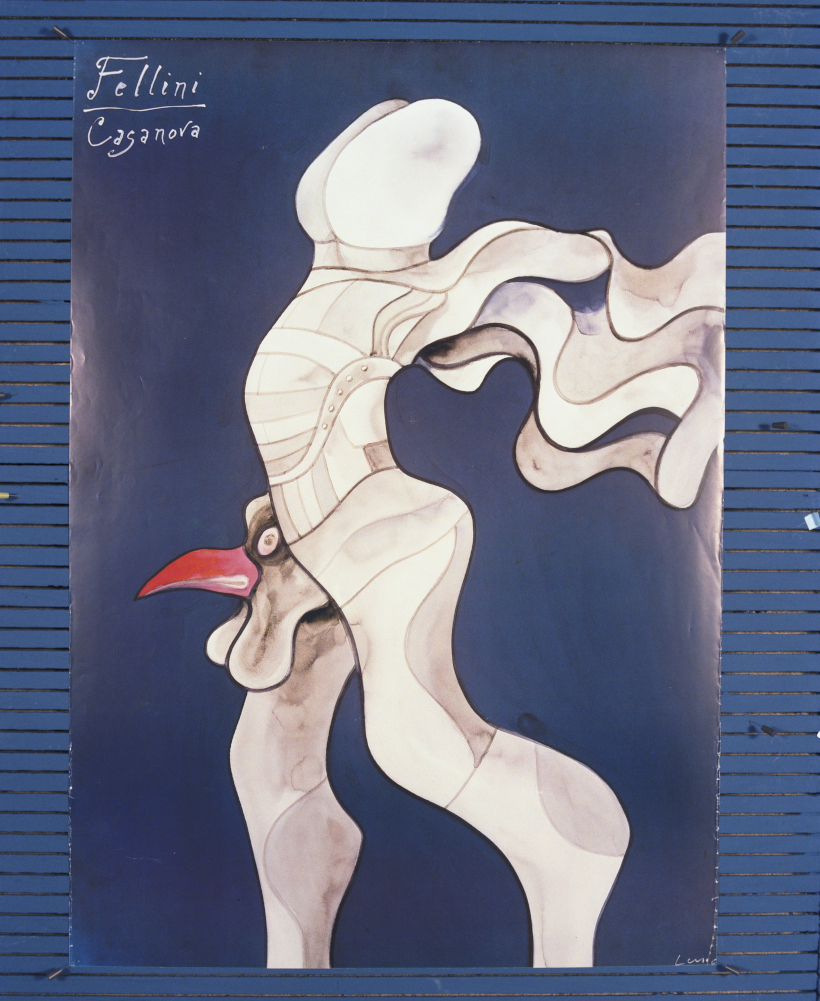 A poster by Jan Lenica for Federico Fellini’s ‘Casanova’. Foreign movies would usually have new posters made in Poland, which rather than depict the main character, focused on the abstract or the essence of the movie.PAP

The artists were working simultaneously in two spheres. They worked in the political world, where they were forced to conform to socialist norms and convey the party line and philosophy. But they were also part of the artistic world, connected to film and theatre, where unlike other creators they had considerable freedom. Knorowski calls it a schizophrenia of sorts, a split personality.

Knorowski explained that the Communist authorities quickly understood the value of the poster phenomenon. “The artistic patronage of the Polish People’s Republic used it very instrumentally,” he said. “They saw it as a good export product, an area of Polish plastic art, which would be a positive testimony of their cultural policy and patronage.

“A lot of energy and resources were invested in this,” he added. “Dozens of exhibitions, mainly on Polish film and theatre posters were organised. It was to prove that the culture of real socialism was open to new artistic phenomena, that it promoted and invested in them and didn’t manipulate the artists.” 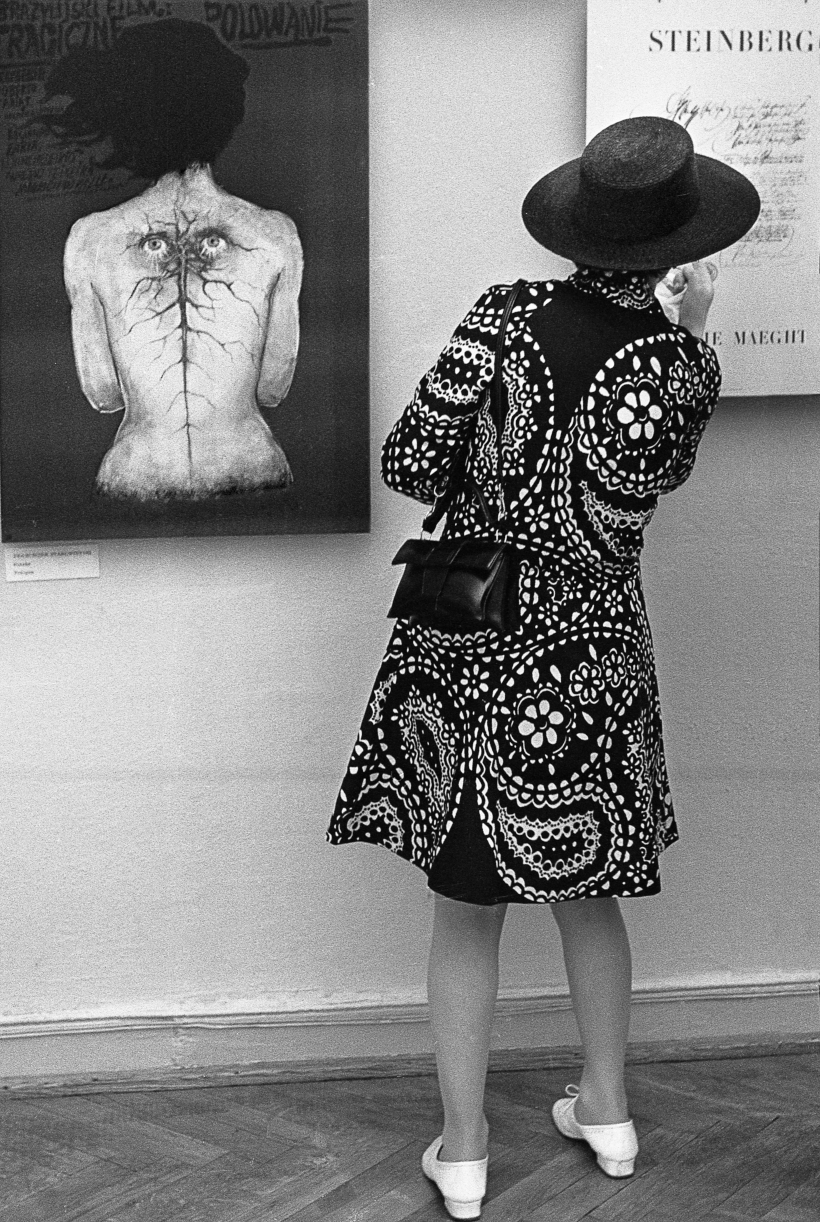 Warsaw, 06.1989. II International Poster Biennale organized by the Poster Museum in Zachęta – National Gallery of Art. In the background, a poster by Franciszek Starowieyski is visible.Jan Morek/PAP

The incredible development and success of poster art lead to the creation of two significant institutions. “The existence of the Polish School of Poster contributed to the establishment of the museum in Poland, and the founding of the International Poster Biennale, which is the biggest, most prestigious forum in this field of art,” explained Knorowski.

“The first Biennale was held at the Zachęta National Gallery of Art in 1966, and in 1968, accompanying the inauguration of the second Biennale, the museum was created, as a natural archive for this large international contest”, he added.

This year, the Poster Museum is celebrating its 50th anniversary with the “+-1968” exhibition. It displays the first works collected by the museum from 1967-69. They are not just the works of the most important Polish artists, but also the classics of American pop art, such as Andy Warhol and Roy Lichtenstein. 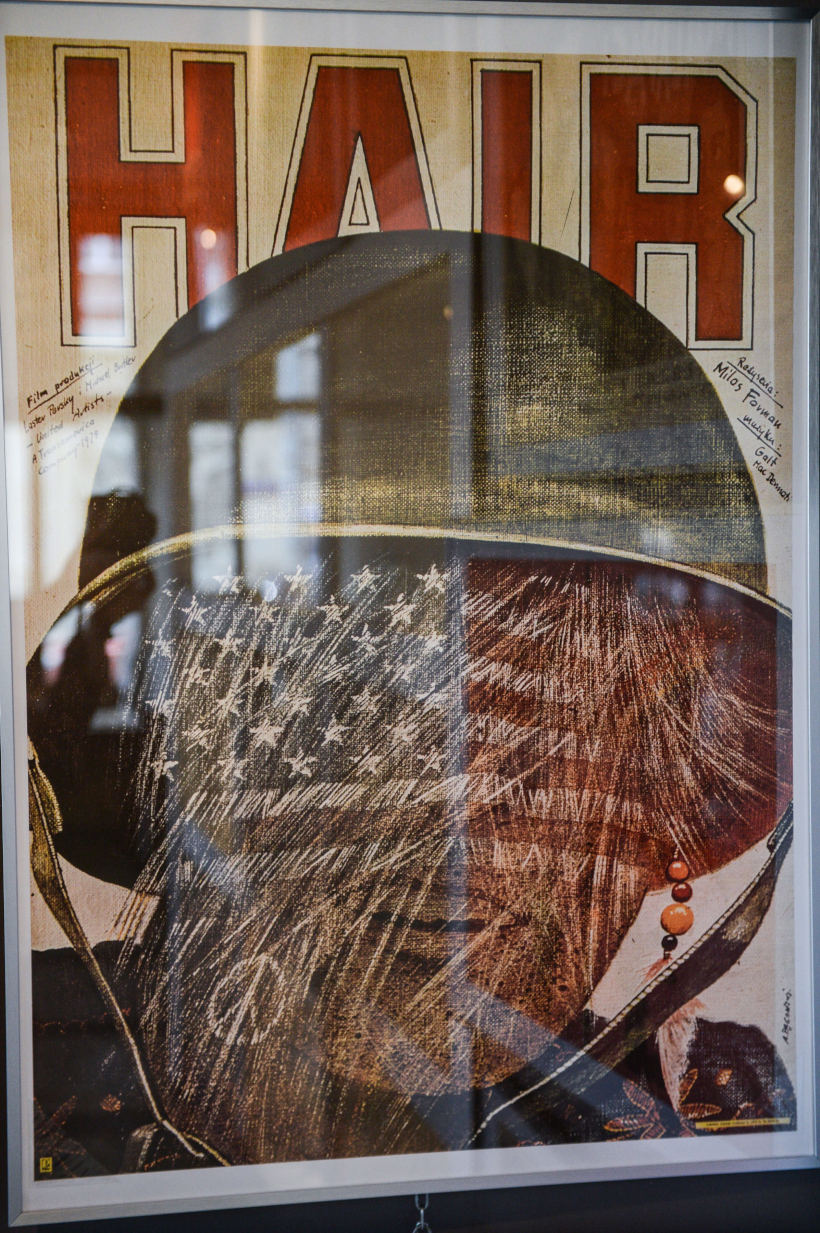 Andrzej Pągowski’s poster for ‘Hair’, directed by Miloš Forman. Less informative and more like paintings in their own right, Polish posters impressed filmmakers across the globe, including Martin Scorsese.Jakub Kamiński/PAP

Created in 1968, the year of student revolts, war, counterculture and pacifism, the posters faithfully represent their time. In addition, they allow for a comparison between the western psychedelic and pop-art trends, with the more sombre Polish works, which were still influenced by one another.

One of most important posters on display is for the play “Dziady” (Forefather’s Eve) by Roman Cieślewicz – the banning of which by the Communist authorities prompted the March 1968 revolts in Poland.