A new play using Greek mythology as a contemporary metaphor for “commemorating war heroes” has opened this week at the Warsaw Uprising Museum.

For those who know their Greek tragedies, Ajax is a mythological hero who in Sophocles’ play encounters Odysseus in the Underworld.

Cheated out of a prize he rightfully won in an athletic competition against Odysseus, he sets out on a bloody revenge, only to get tricked by the Gods into slaughtering sheep instead of his enemies and in his shame commits suicide.

For most others Ajax is the name of a washing powder.

In director Natalia Korczakowska’s new play Ajas Maszyna (Ajax Machine), however, Ajax is a malfunctioning homicidal cyborg, a metaphor for the disappearance of individuality and free will in a world manipulated by the media in an age of information technology.

In antiquity it may have been the Gods who took control of the hero’s mind, but in Korczakowska’s performance, which premiered at the Warsaw Uprising Museum on the uprising’s 74th anniversary and will run the rest of the month, it is the internet. 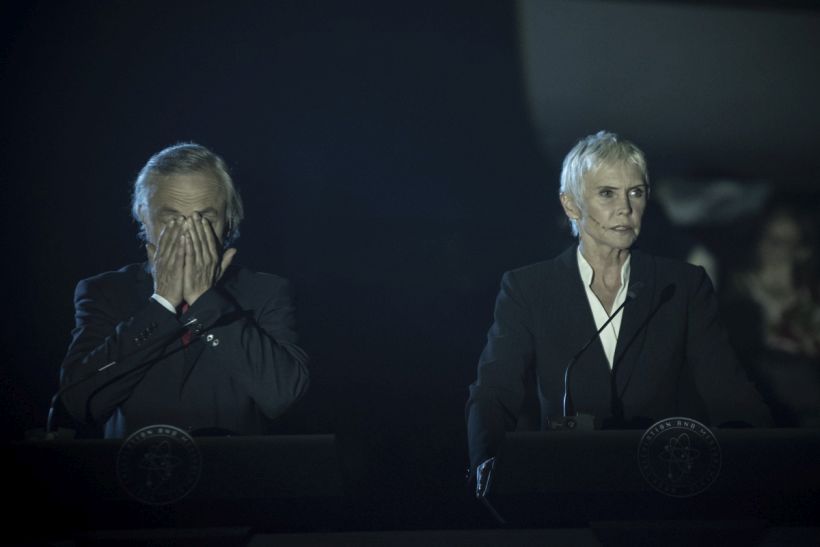 The play is a metaphor for the disappearance of individuality and free will in a world manipulated by politicians and the media in the age of information technology.Warsaw Uprising Museum

The story of Ajax features manipulated voting, demagoguery and deceit in the shape of Menelaos, the Spartan king who liberally throws around “You’re fired!” at seemingly random moments.

At the play's premiere, Korczakowska said the Warsaw Uprising Museum was the perfect venue for a performance dealing with the issue of commemorating war heroes: Odysseus beats Ajax not through his exploits on the battlefield but through clever speaking. This subject of the primacy of word over action leads on to a critique of contemporary politics.

“The performance,” Korczakowska was quoted as saying, “addresses the question of what kind of crises take place in contemporary democracy, that is how politics is based on somebody’s image.”

She went on to say that, finally, the performance tackles the role of the soldier in contemporary society: “Is a soldier still human or just a [piece of] technology?”

She added:”The museum is the best place for this spectacle for many reasons, among others because the story written by Sophocles is extremely universal and applies to every hero in every war.

“Thanks to the fact that it is universal, it enables dialogue about how to treat war heroes and what they do with their images.”

The set by the young, yet already accomplished Anna Met cleverly uses the unusual space of the museum with an airplane hanging above the heads of the audience.

The premiere showings last until April 5th but tickets are on sale for future productions running until August 28th.