A Warsaw man and his dog have walked 4,000 km across Europe to raise money for an oncologic hospice – and to have the experience of a lifetime.

Darek Strojewski quit his job as an educator before setting off in June with his four-legged pal Pindol. 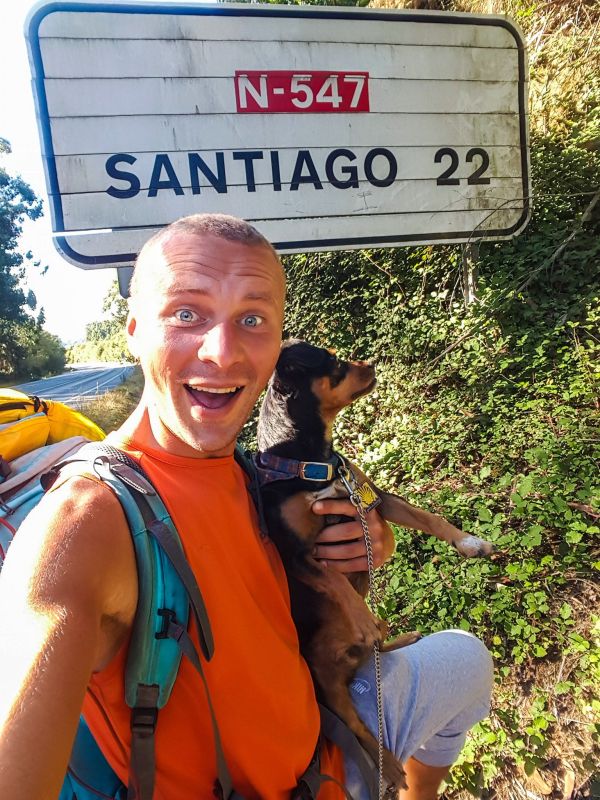 The Camino de Santiago is a network of pilgrims’ paths stretching across Europe.Darek Strojewski/Facebook

Describing the departure, Strojewski wrote on his fundraiser page: “One June 10th, one minute after midnight, I bet my life on a single card.

“I’ve packed my bags, closed my current business and set off on a 3,000-kilometre journey along the St James trail leading to the Spanish city of Santiago de Compostela.”

The Camino de Santiago or the Way of St James is a network of pilgrims’ paths stretching across Europe, leading to the apostle’s shrine in the Santiago de Compostela cathedral in Galicia, north-western Spain. 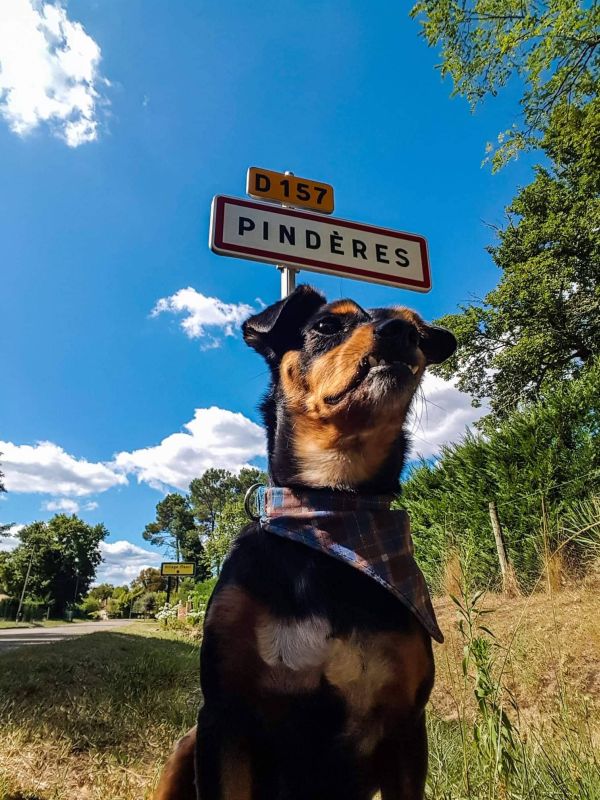 In France, Darek came across a town similar in name to his adopted pal Pindol.Darek Strojewski/Facebook

It is believed that the remains of the saint are buried there.

This pilgrimage way was one of the three most popular in the Middle Ages, after the pilgrimage to Rome and Jerusalem.

But after reaching Galica, Strojewski decided to carry on – to Lisbon. 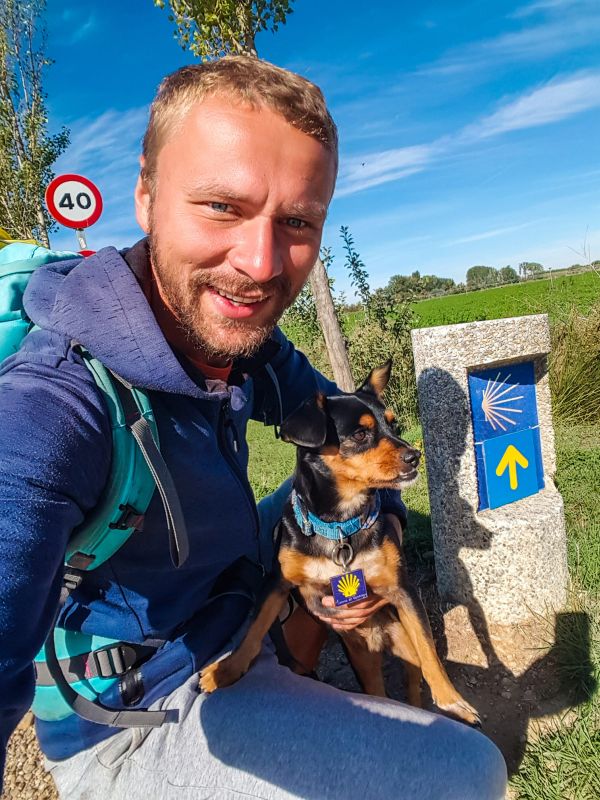 Explaining his motivation, he wrote: “By doing something for myself I'd love to do the same for others.”Darek Strojewski/Facebook

Explaining his motivation, he wrote: “By doing something for myself I'd love to do the same for others.

“I would love my challenge to help those who even if they want to, for some reason can’t take up such endeavour.

“I would like to ask you to support me with my challenge as well as to donate a cancer St. Christopher Hospice in Warsaw. All funds go directly there.” 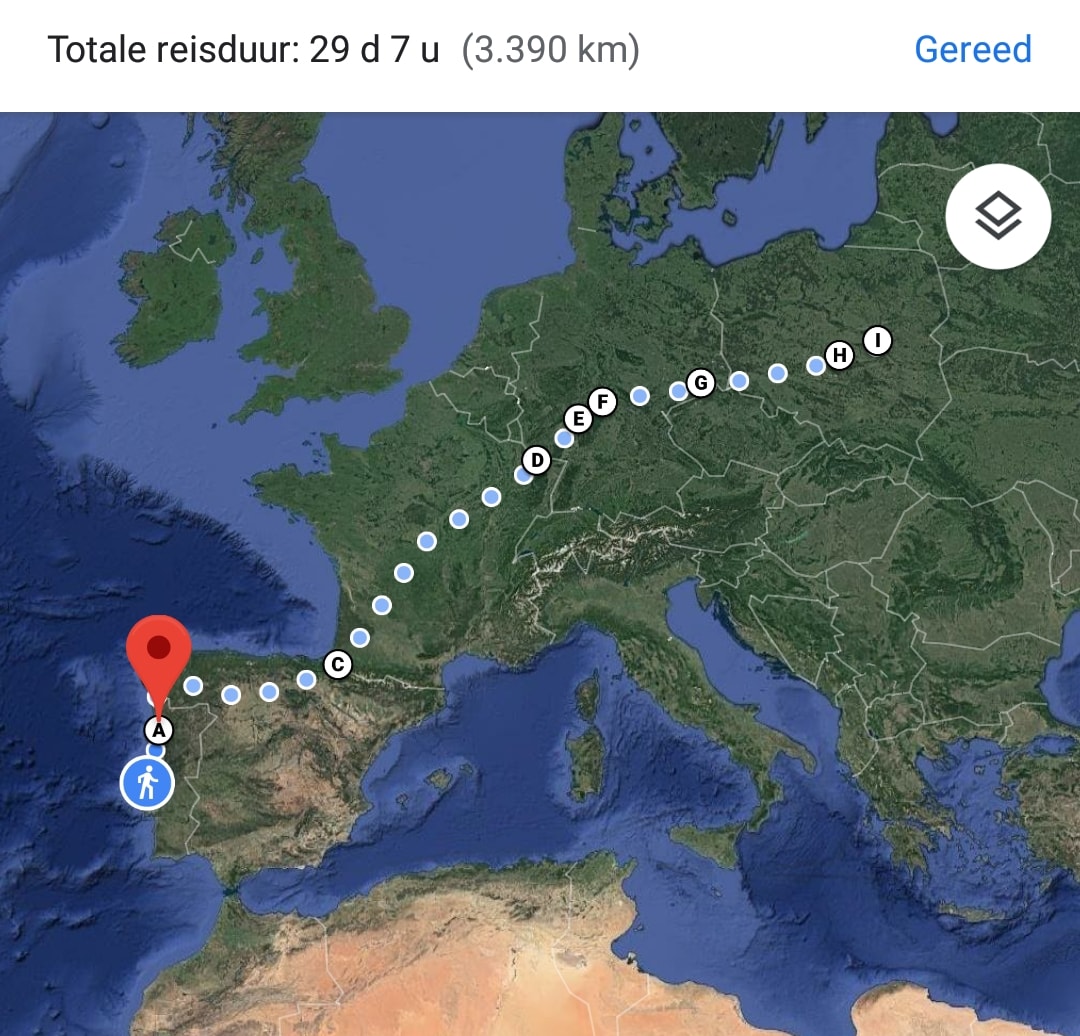 The five-month journey took Strojewski from Poland to Germany, France, Spain and Portugal. Walking 20-30 km a day to not overexert his canine companion during the hot summer months, at first they would sleep near gas stations.

In Germany, Polonia families would take the adventurous duo in and starting from France they stayed in a tent.

Reflecting on his endeavour and people he met along the way, he wrote on Facebook: “During the Spanish episode most of my contacts came down to ‘Hola! como estas?’ 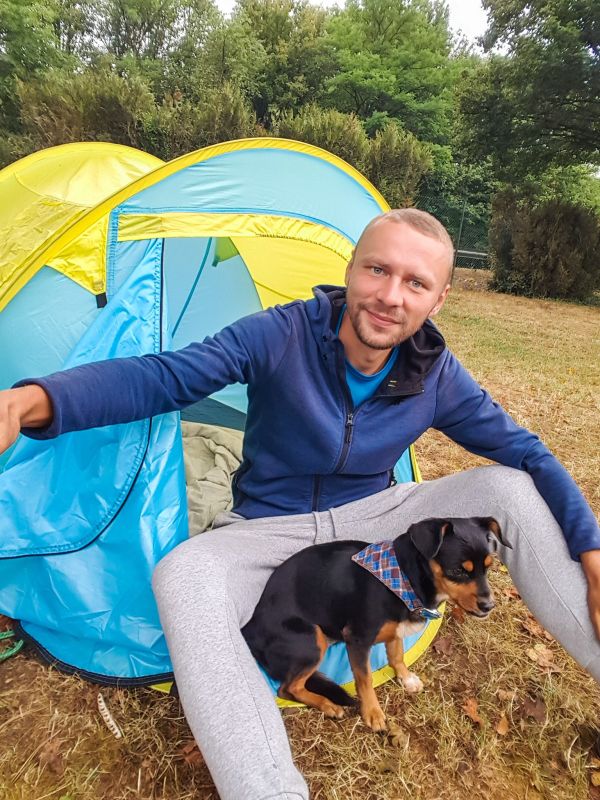 “But I was hoping for something more. (...)  the route is very commercialized and most people treat it as a form of entertainment, without delving into the meaning and value of the route.

“I'm not saying that there is something wrong with it, but it's certainly harder to find people like you in this crowd.

“This is not impossible, however, because I met Martyna who, like me, works for the needy and a few more people who simply wanted to spend some time with me, exchange experiences or help me in my further journey. 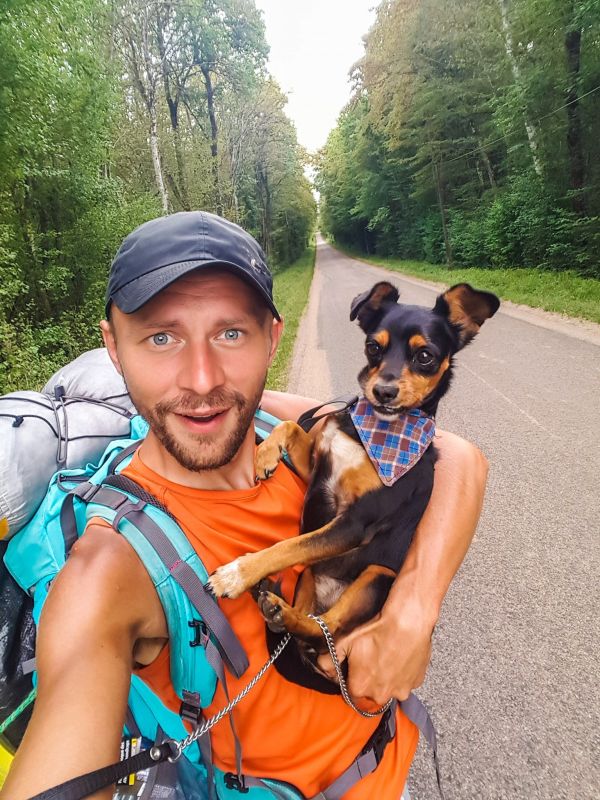 “I haven't forgotten about all my compatriots, in Germany and France, who hosted us, took us under their roof and engaged in our action, I don't know if without them (without you) I would be able to reach Santiago for which I am indescribably grateful and thank you all from the bottom of my heart.”

Strojewski finished his journey on November 11th and is now continuing to promote the charitable endeavour, hoping to reach 100,000 zlotys.