Warsaw man makes a splash in the watery world of aquascaping

Aquascaping, the Zen-like Japanese art of creating beautiful landscapes underwater using only natural materials, has a new champion from Poland.

When Michał Adamek collected the winner’s statuette at The Art of the Planted Aquarium competition in Magdeburg, Germany, earlier this year he became the first Pole ever to be crowned European champion of the contemplative art of underwater gardening.

So, what exactly is aquascaping? Michał told TFN: “It is the art of making an aquarium arrangement from only from natural elements, like rock, wood, plants and of course fish. It is an evolution from normal aquariums. 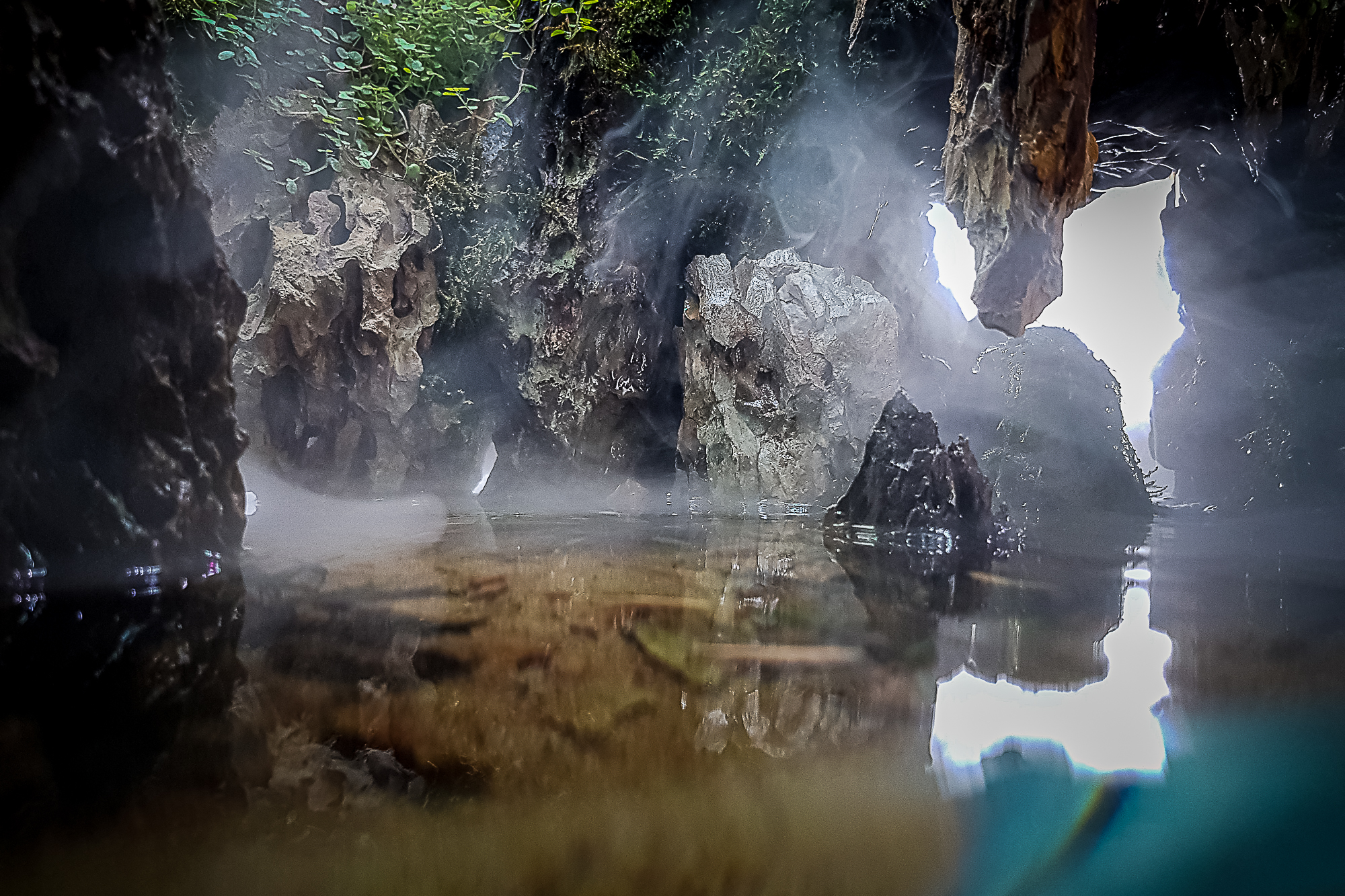 “It is like a microcosm of nature. When you make an aquascape you make a perfect form of nature with rocks, rivers, forest,” he continued.

It is not a replica of real life though. “In real life the underwater world is very dark. Aquascaping is freer. The most important thing is that it must be aesthetically pleasing. But still it must all be done from natural materials,” he added.

Back home in Warsaw, Michał and his business partner run Aqua Show, the capital’s only shop dedicated entirely to aquascaping.

Walking into the store in Warsaw’s Ursynów district is like entering an alternative dimension. The burning mid-day heat of early summer and intense traffic noise are washed away by the soothing vibrations of Japanese music and a cool atmosphere flavoured with spicy notes of wood from tropical fruit trees. 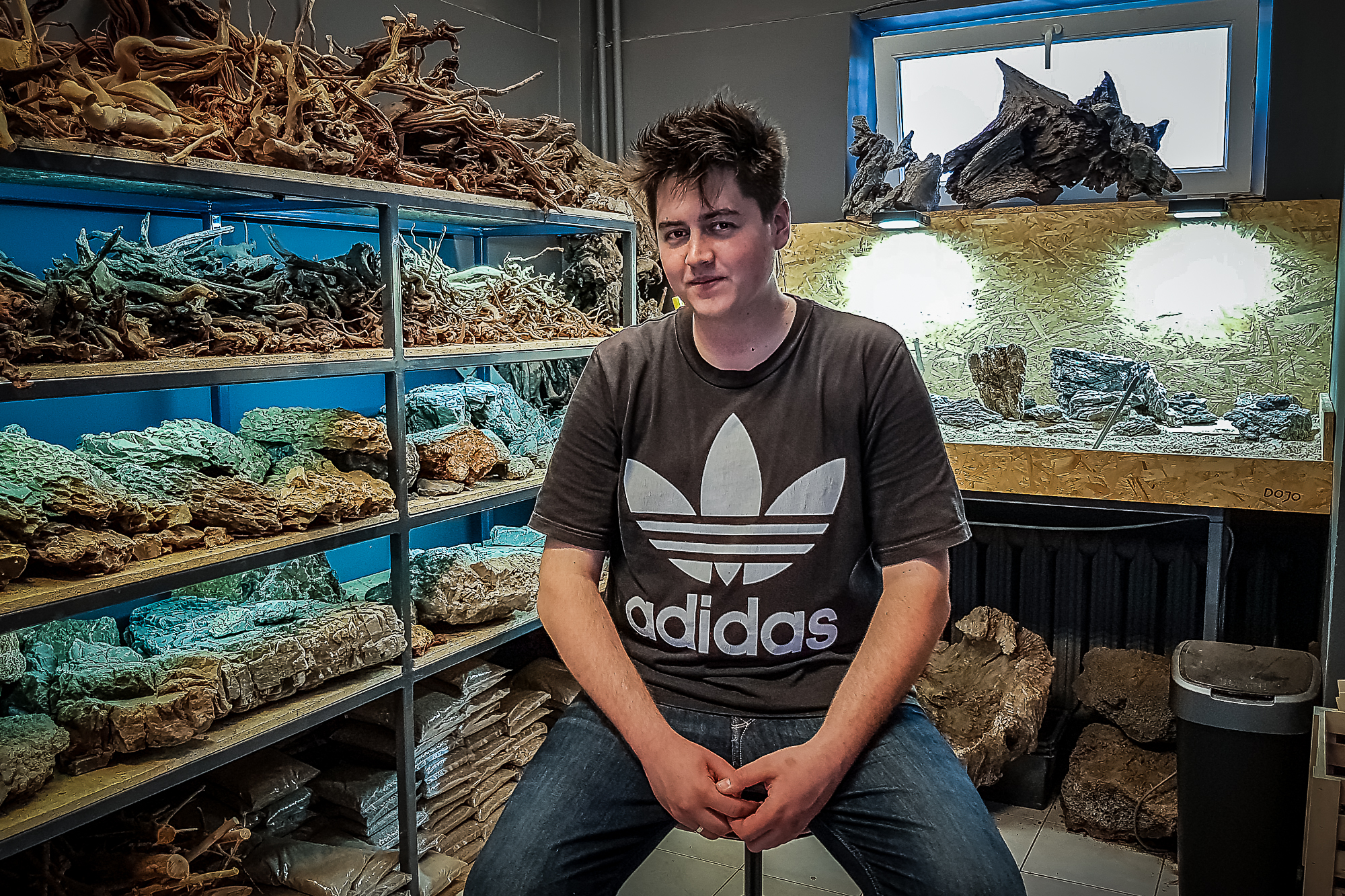 “It is like a microcosm of nature. When you make an aquascape you make a perfect form of nature with rocks, rivers, forest,” says Michał.Kalbar/TFN

The blacked-out windows divert the focus to the stars of the show. The stunning aqua displays radiate a sense of peace and tranquillity. Carefully arranged rocks and branches are jacketed in a layer of ruffling greenery. In openscape designs the rocks, trees and plants rise up from shallow pools of crystalline water, creating scenes that even exceed nature in their beauty.

Some arrangements have been fitted with a clever smoke device producing the effect of steam rising from an Amazon waterscape.

Each tank prickles with the spectral glitter of hundreds of tiny fish that flit around their glassy homes like pixels. 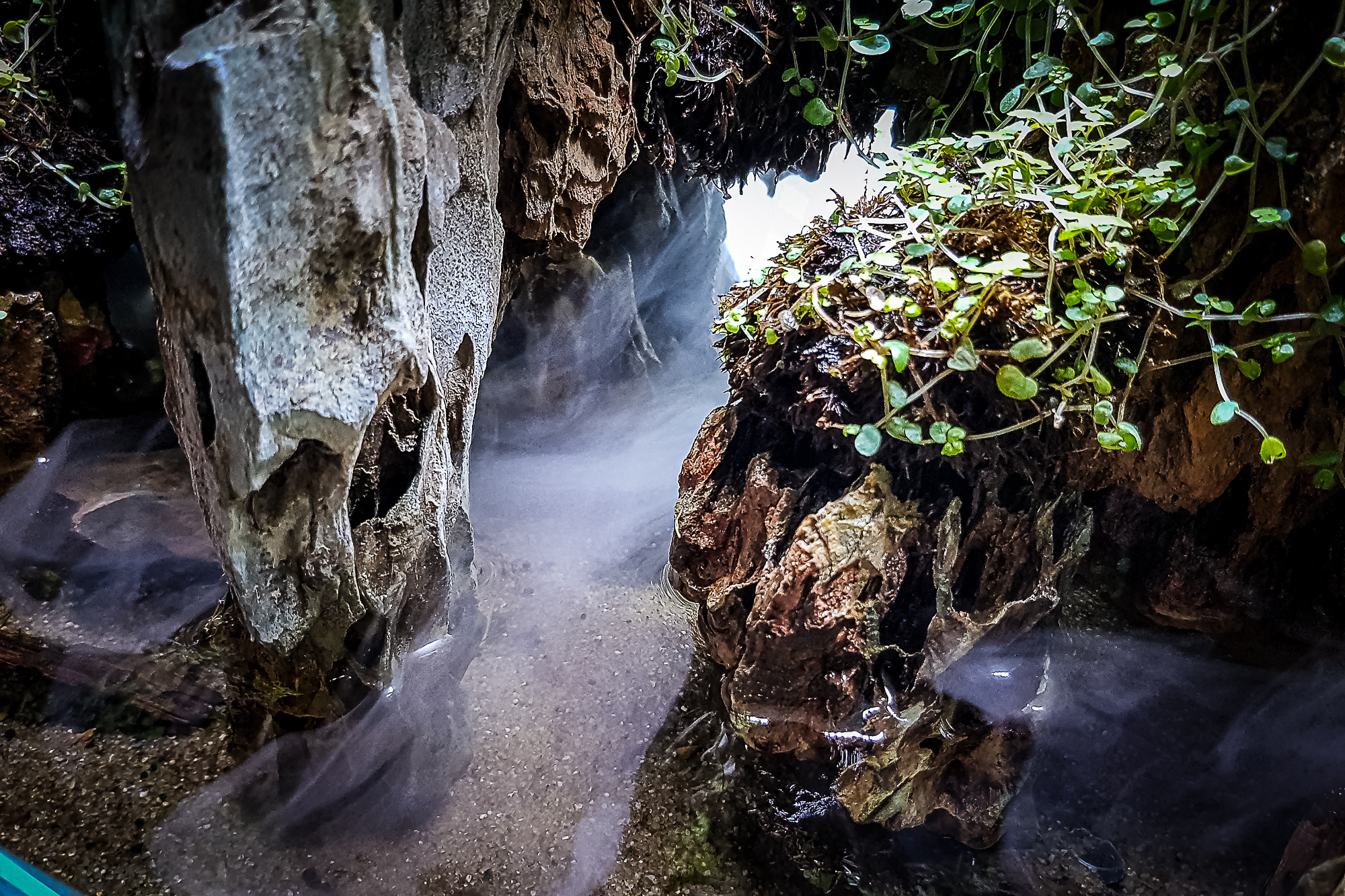 Some arrangements have been fitted with a clever smoke device producing the effect of steam rising from an Amazon waterscape.Kalbar/TFN

“It is similar to painting in that composition is important but it is even better because each arrangement evolves all the time. The plants are growing, the fish are swimming, something is happening all the time,” Michał convinces.

Destined for a typical office job, Michał’s life changed when he took a student job in an aquarium store.

“When the shop wasn’t busy I would just start arranging aquariums,” says Michał. “I got really into it and I soon learned what worked and what didn’t. Now I love it and I can’t imagine doing anything else.” 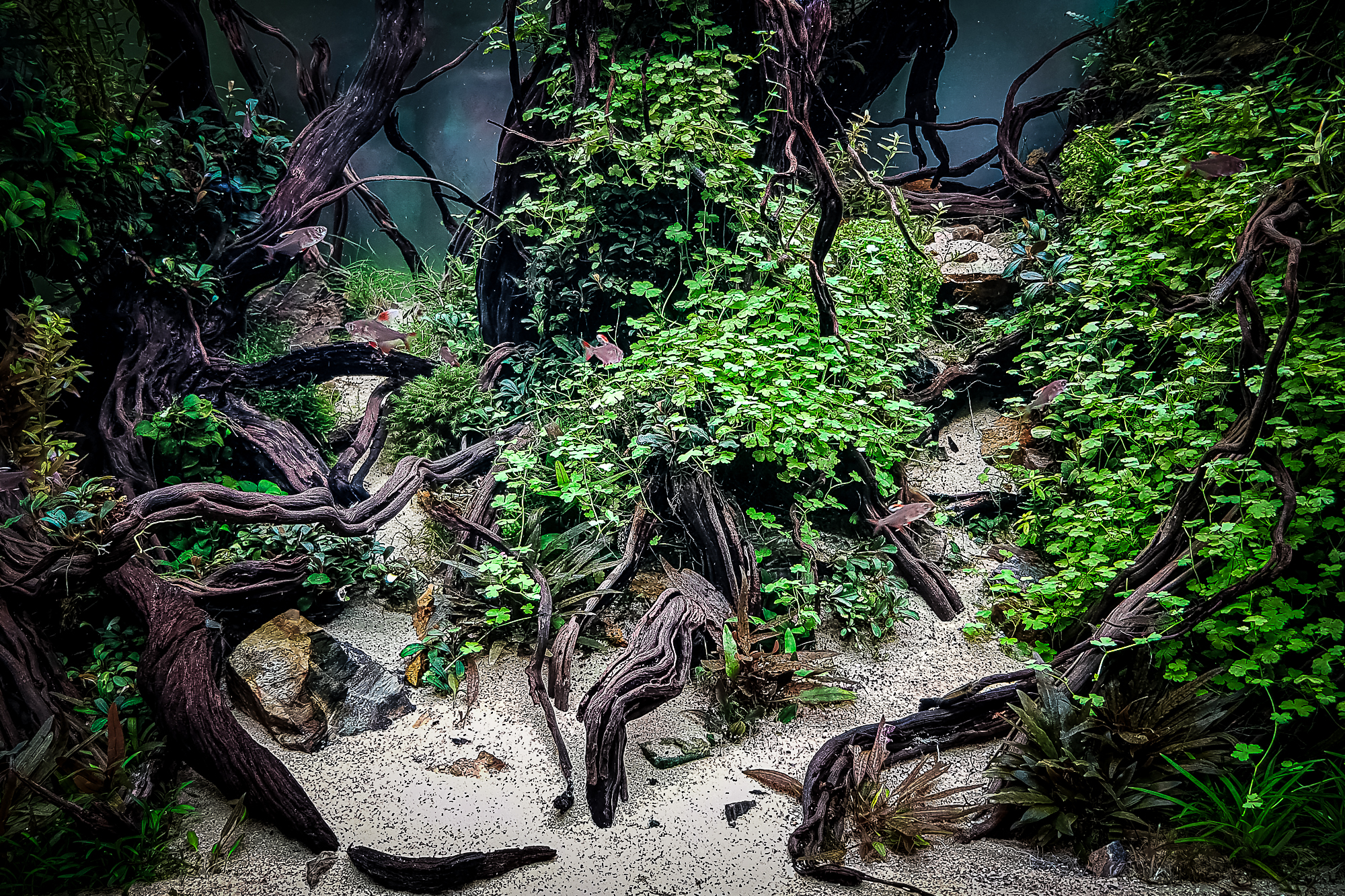 What is out of the water is just as important as what lies beneath the surface.Kalbar/TFN

The 27-year-old’s passion is infectious, and his intention is to contaminate fellow Poles, though he admits it won’t be easy. “In other countries aquascapers are really open and they like sharing their techniques with anyone who is interested. In Poland it is a bit different. People are reticent about sharing what they know,” he laments.

Good to his word, Michał organises workshops for budding aquascapers at his south Warsaw base and is putting the finishing touches to a guidebook that will reveal in easy steps how readers can create their own aquascape.

Aquascaping is not a cheap pastime. Michał estimates that the impressive openscape arrangement that greets visitors upon entering the store would cost around PLN 38,000. It is no surprise then that many of Aqua Show’s customers are companies with cash to spare to give staff something nice to look at. 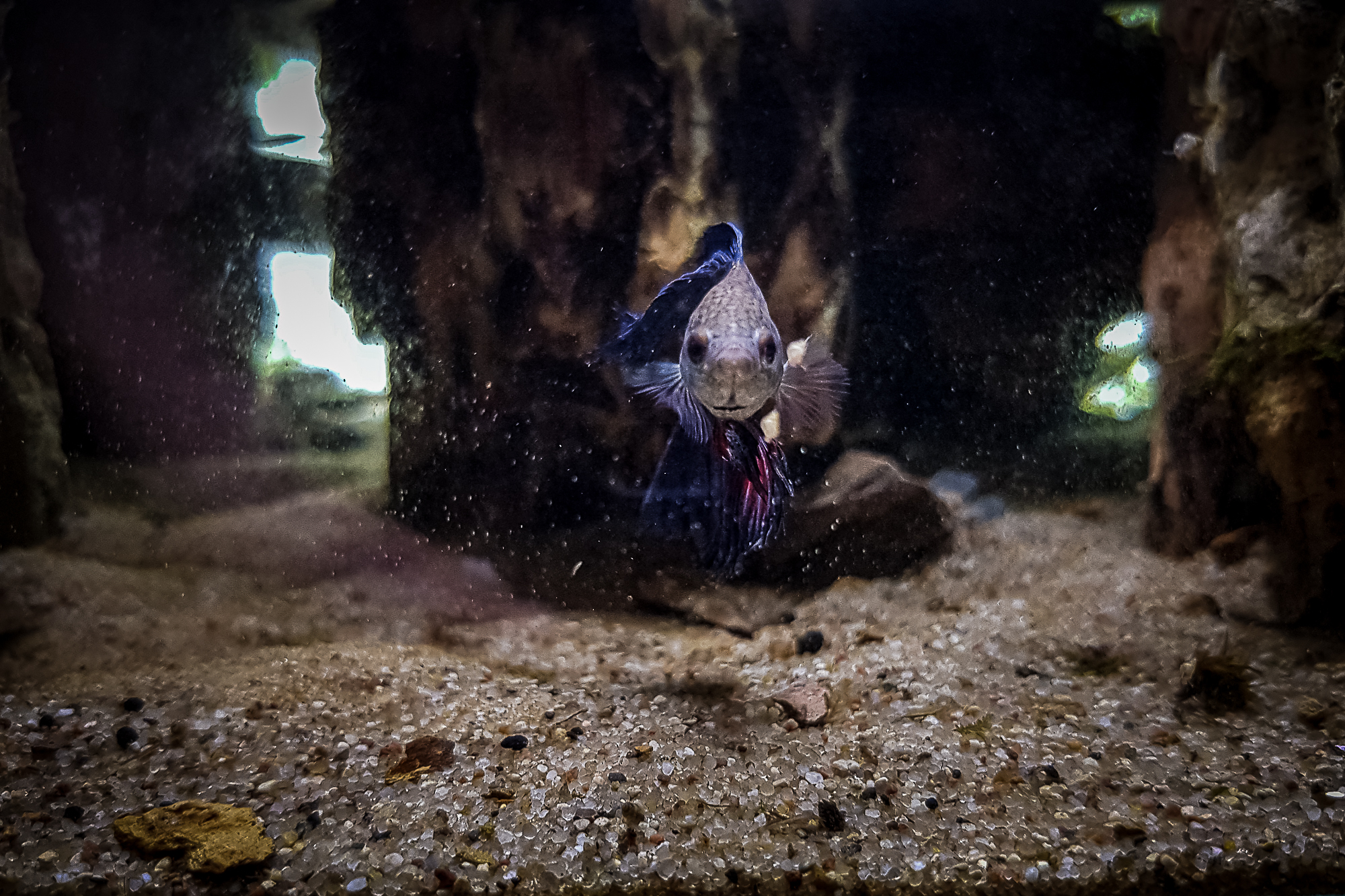 Michał started out working in an aquarium store but soon realised there was more to world than just fish tanks.Kalbar/TFN

However, the store’s large Instagram following suggests that younger people are wanting to trade up from gloomy traditional fish tanks with plastic castles.

“It doesn’t have to be expensive. You could put a simple arrangement together for around PLN 1,000 and it will still give you a lot of enjoyment,” Michał calculates.

As we leave the store, Michał gifts the photographer an intricately knotted branch of fruit tree wood that had caught his eye. This simple act of generosity underlines Michał’s sharing philosophy, which will no doubt make him a likeable and popular figure in the aquascaping world for a long time.