Warsaw Eyesore? The capital’s Love-Hate Relationship With Its Tallest Building

Warsaw’s tallest building, the Joseph Stalin Palace of Culture and Science may have shed off its patron’s name decades ago, but if you know where to look, you can still see on its wall the faded outlines of his name, traced by the elements where the letters once stood. This, and it being, at 237 metres (778 feet), an ever so slightly smaller copy of Moscow’s Lomonosov University building, helps explain the ire it draws from some Polish politicians. 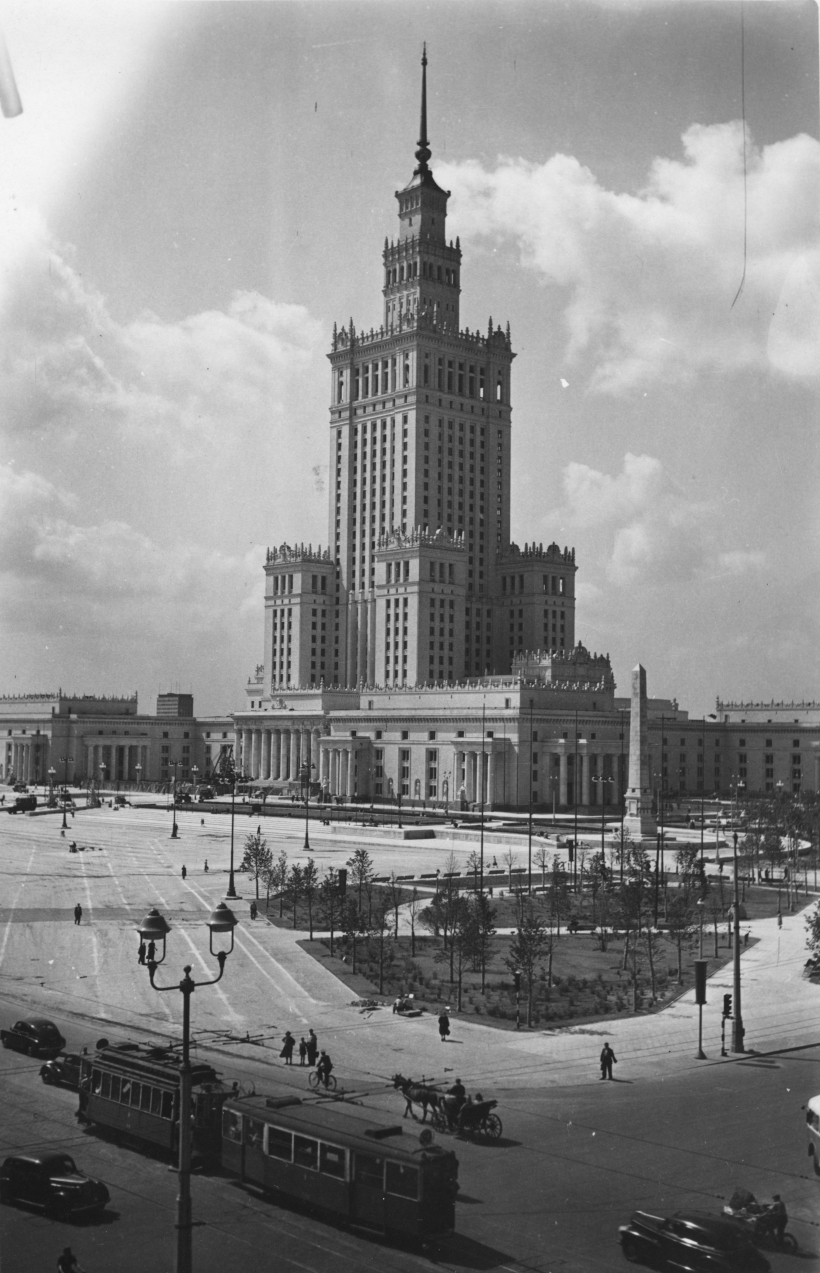 When we were young: Palace of Culture and Science in 1956
(Mariusz Szyperko)

In November last year Deputy Prime Minister Piotr Gliński who holds the culture portfolio, said he “wouldn’t mind at all” if the tallest manmade structure in Poland were to be pulled down and Mateusz Morawiecki, then economy minister who has since ascended to the premiership, described it as a dream he had held for 40 years. He admitted, however, that it was not a priority for the government and indeed, the idea rapidly faded from the front pages.

Yet with the election for the powerful post of the mayor of Warsaw looming in the autumn, the fate of the building has inevitably come back. This time, however, it is not so much the palace itself, as the surrounding square that has become the centre of attention. 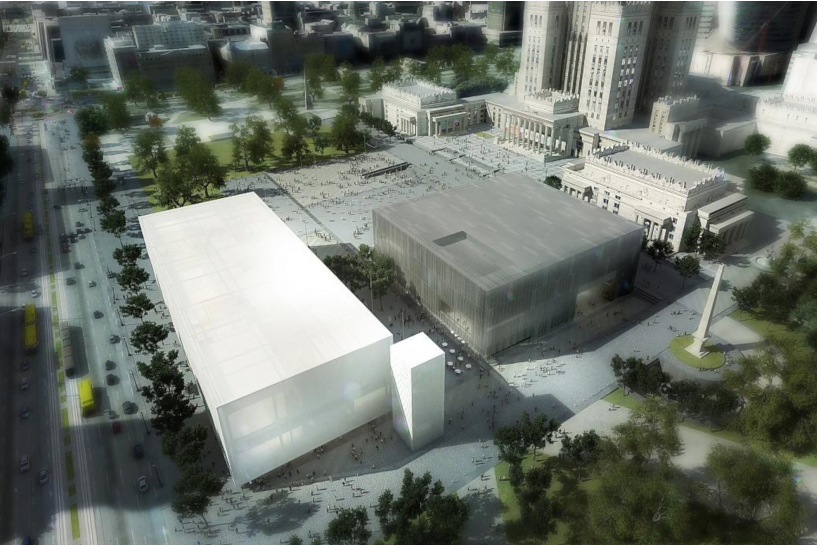 The city has recently given the green light to the construction of a new theatre-cum-modern art museum in one of the square’s corners; work is scheduled to start in December and end in 2021. That has not, however, stopped Jan Śpiewak, an outsider candidate in the mayoral election, from proposing to turn the square into Warsaw’s Central Park, complete with artificial ponds and hillocks. 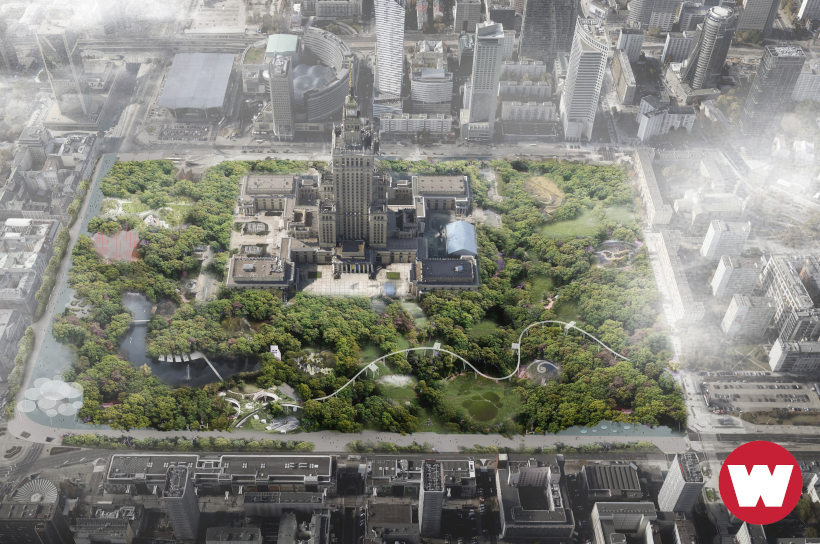 Both projects are prohibitively expensive, experts say: just removing the rubble from the 40 million bricks and 26,000 tonnes of steel that make up the 42-storey, 3288-room structure would eat up most of Warsaw’s investment budget for years. The same goes for buying out the private owners of the land on the surrounding square, as the Central Park project envisages.

So Warsaw is most likely to continue plodding on with an ungainly parking lot right in its centre and a hipster mecca of uneasy historical symbolism in the middle of it. That may not be the worst outcome for the many Varsovians who grew up thinking of the palace as “that massive church” (a common misconception among local children) and perhaps that Santa Claus lives up there, on the top floor – as the letters to the building’s administrators reveal some do. In fact, though Santa is nowhere to be seen, tourists flock there for unparalleled views over Warsaw.

So does, surprisingly perhaps for such a supremely urban spot, wildlife. A peregrine falcon population nests in the upper storeys, feasting on the city’s pigeons and occasionally disrupting traffic on Warsaw’s busiest streets when a chick learning to fly happens to land amid the cars and struggles to take off again. Lower down, the city had its first bee colony installed on the roof of one of the building’s wings in 2015. Warsaw may never get its Central Park but nature lovers have enough reason to flock to the city centre anyway.