Well-known for its community initiatives and expressive demonstrations of public art, the Warsaw district of Szmulowizna has again earned attention after one of its principal arteries found itself “yarn bombed”.

First popularized in the United States, yarn bombing has since become a global phenomenon with tens of thousands of otherwise anonymous urban objects transformed after being swaddled under colourfully knitted coats. 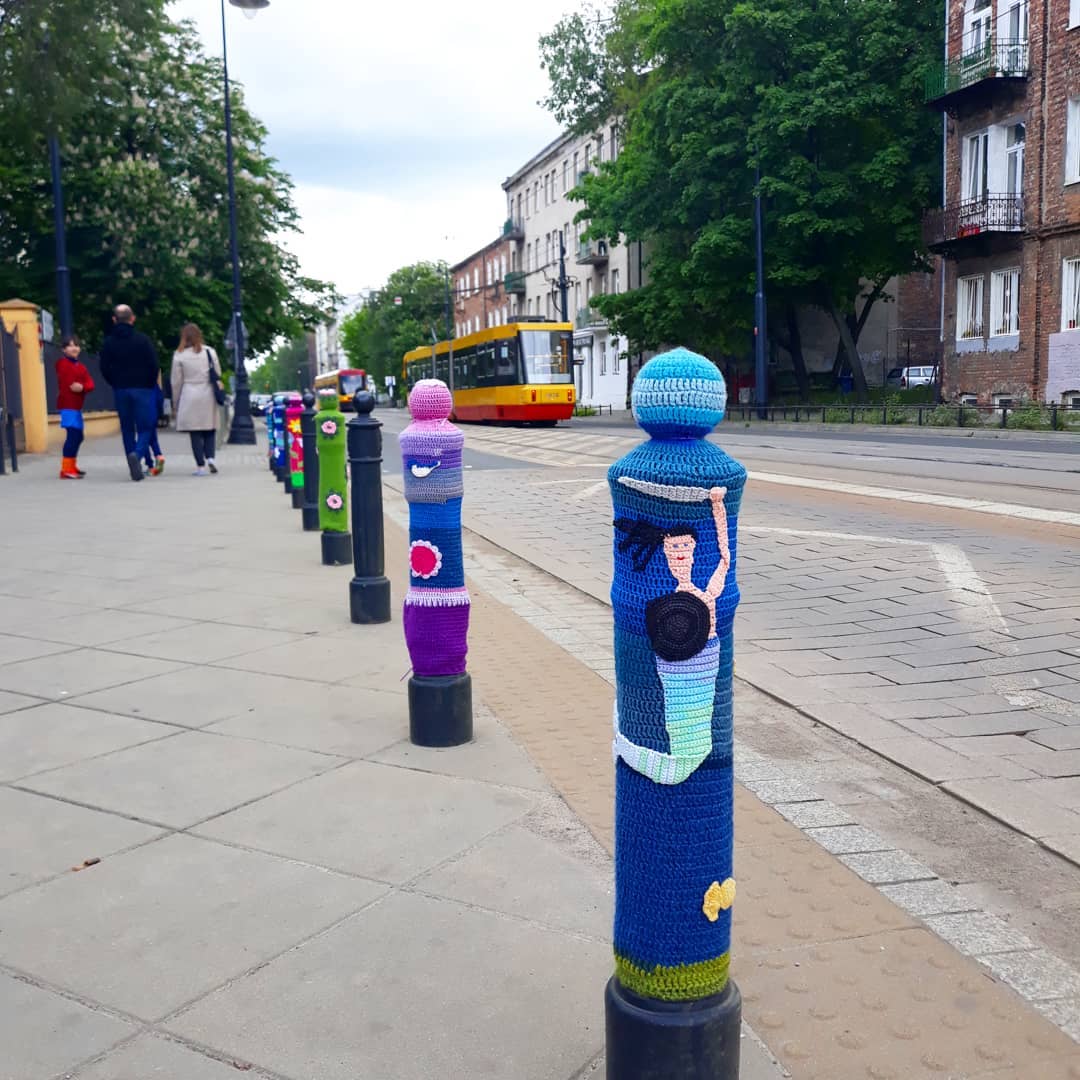 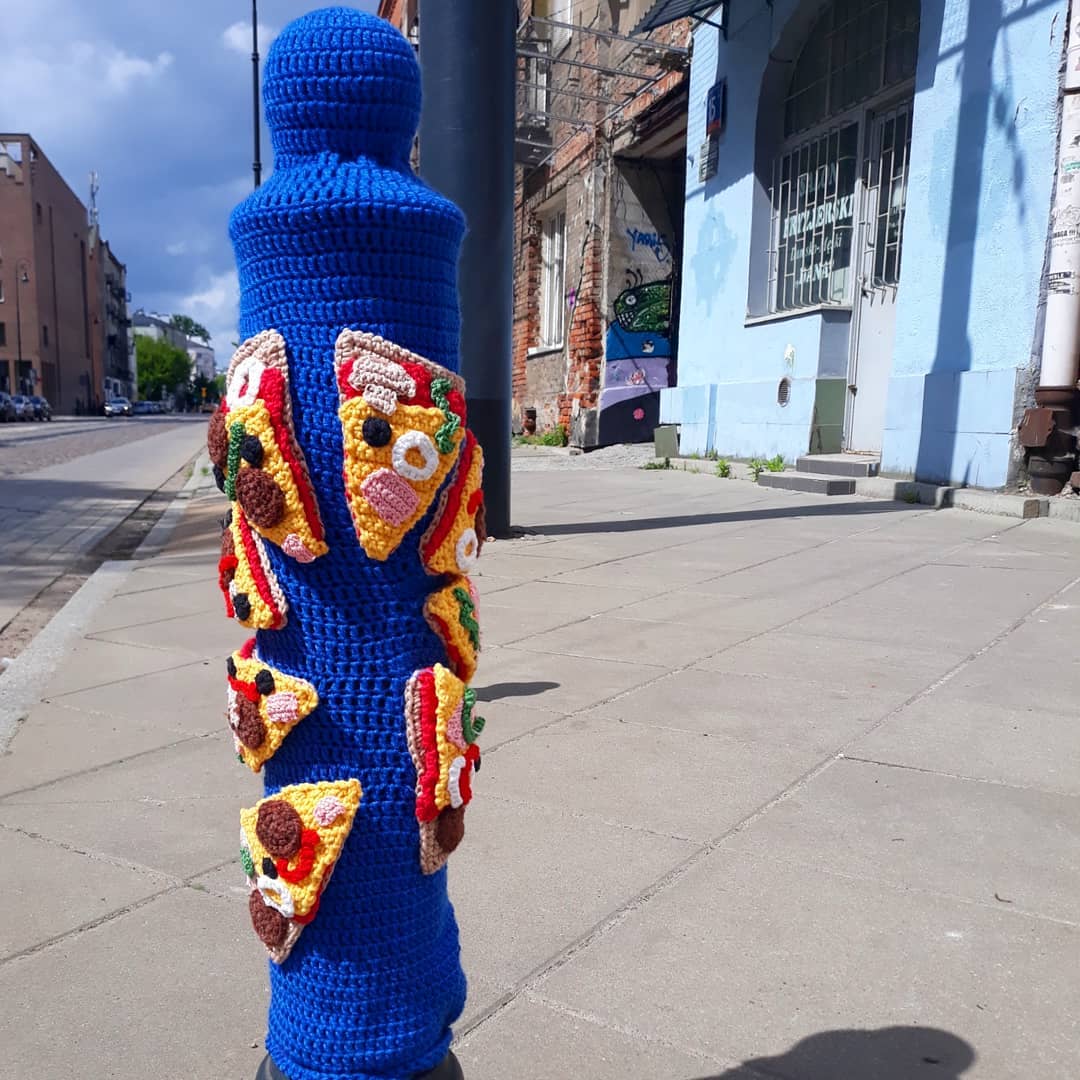 In this case, the yarn bombing of Szmulowizna (or Szmulki, as Varsovians call it) has seen almost 40 pavement bollards positioned on Kawęczyńska street benefiting from a wacky overhaul after being temporarily attired in an array of vibrant patterns depicting everything from the Warsaw mermaid and local trams to waving cats and pizza slices.

Quickly going viral, the action – according to Krzysztof Michalski of The Michałów Society (Praskie Stowarzyszenie Mieszkańców “Michałów”) – was a natural continuation of an idea first coined by the foundation’s artsy minded neighbour, Paulina a.k.a. Cochlea. 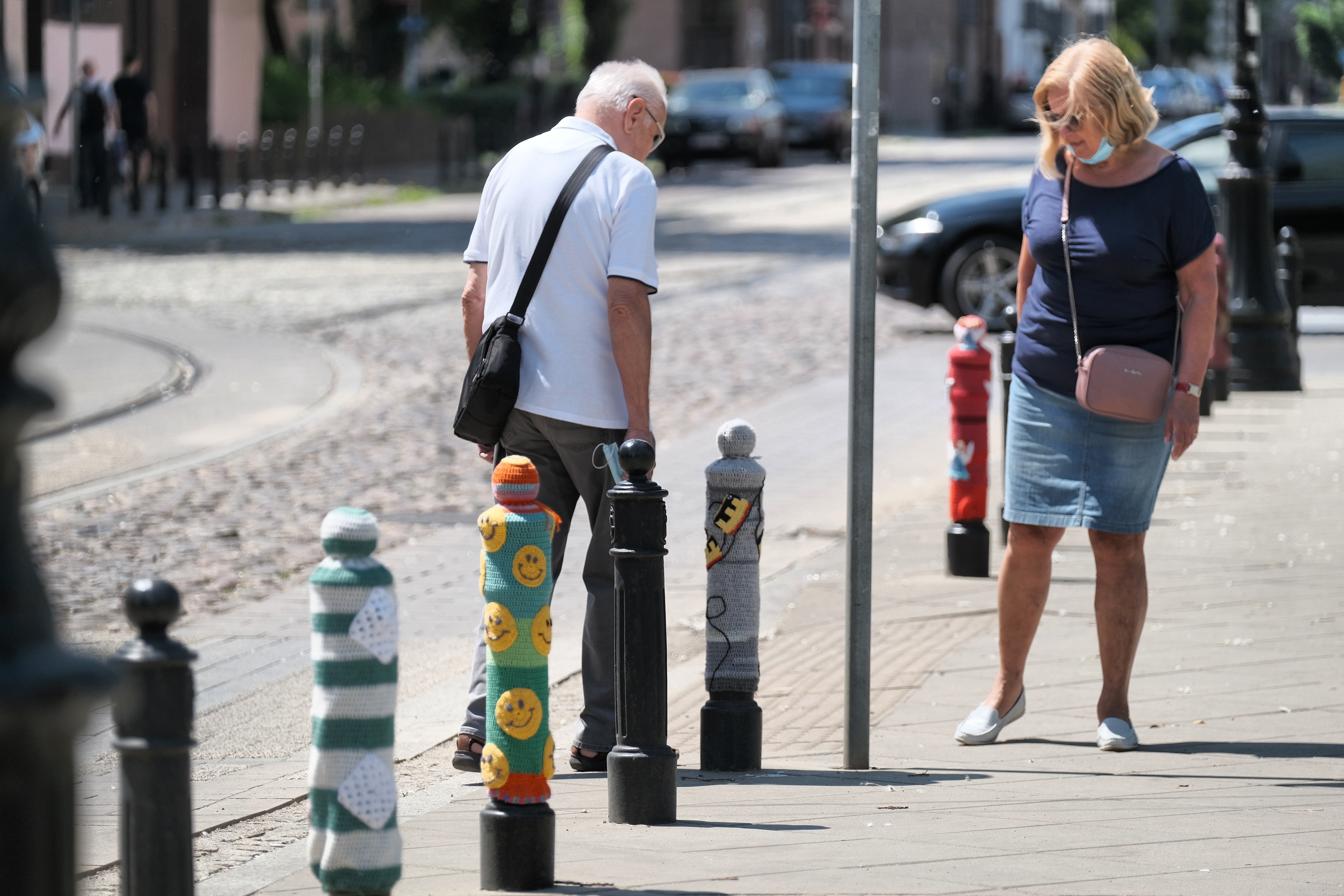 The patterns depict everything from the Warsaw mermaid and local trams to waving cats and pizza slices.Kalbar/TFN

“Two years ago Paulina knitted a crocheted cover to place over a bench,” Michalski tells TFN. “As The Michałow Society, a locally-based NGO, we decided to step in and help her create more of these covers. To do so, we organized numerous workshops and things soon snowballed into something bigger.”

With people the world over seeking solace in innocent, homespun pleasures during the height of the pandemic, The Michałow Society used this to their advantage to recruit volunteers to knit for the Kawęczyńska project. 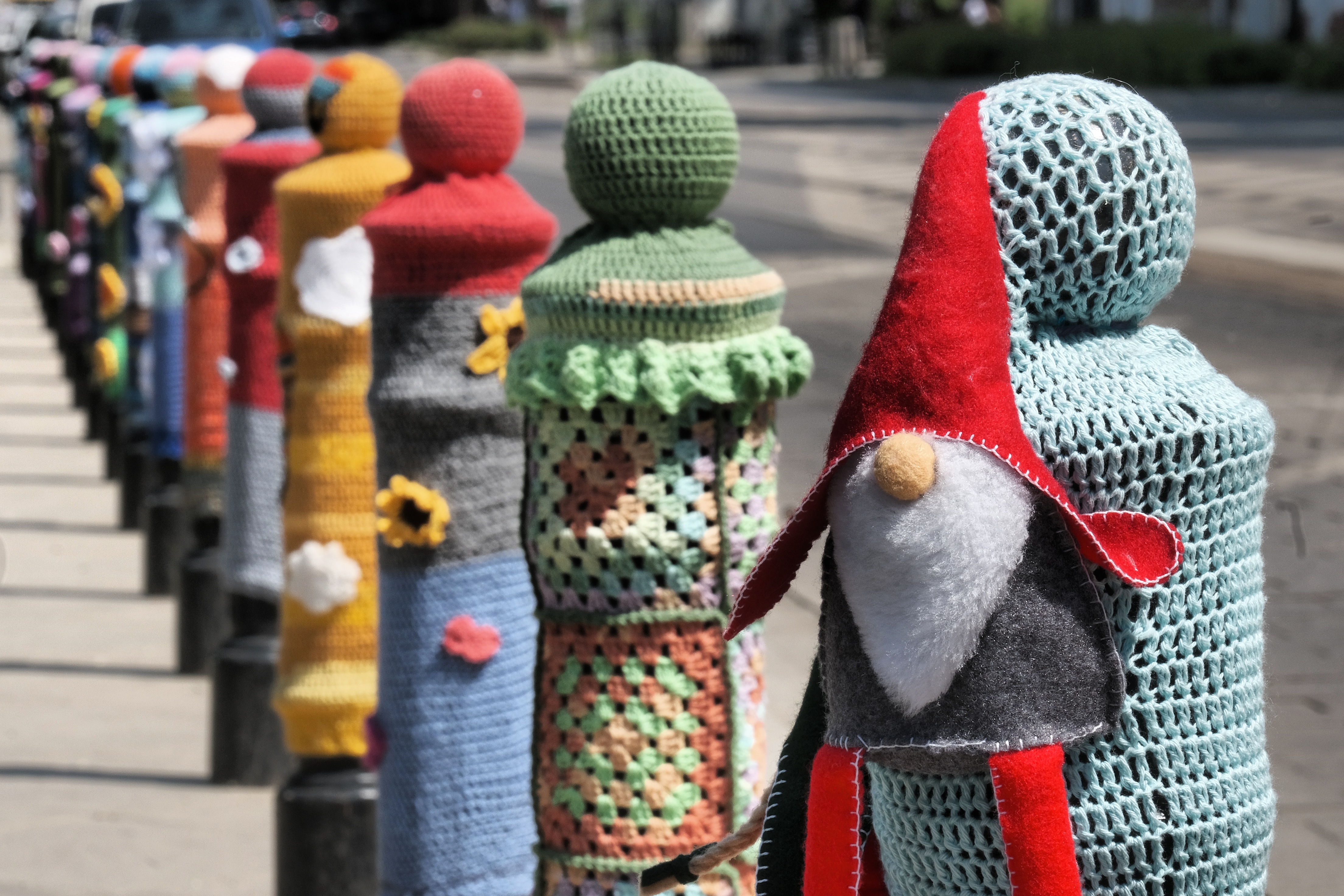 Worked on by over a dozen people, the initiative attracted a diverse band of community-minded locals – the youngest being a teenager, and the eldest a pensioner.Kalbar/TFN

“The decorations you see now were made during workshops we conducted in the community centre that we operate (Dom Sąsiedzki “Moje Szmulki”),” says Michalski. “When things got bad, we used video technology for online workshops whilst making sure that materials – such as the wool – were distributed to those that took part.”

Worked on by over a dozen people, the initiative attracted a diverse band of community-minded locals – the youngest being a teenager, and the eldest a pensioner. 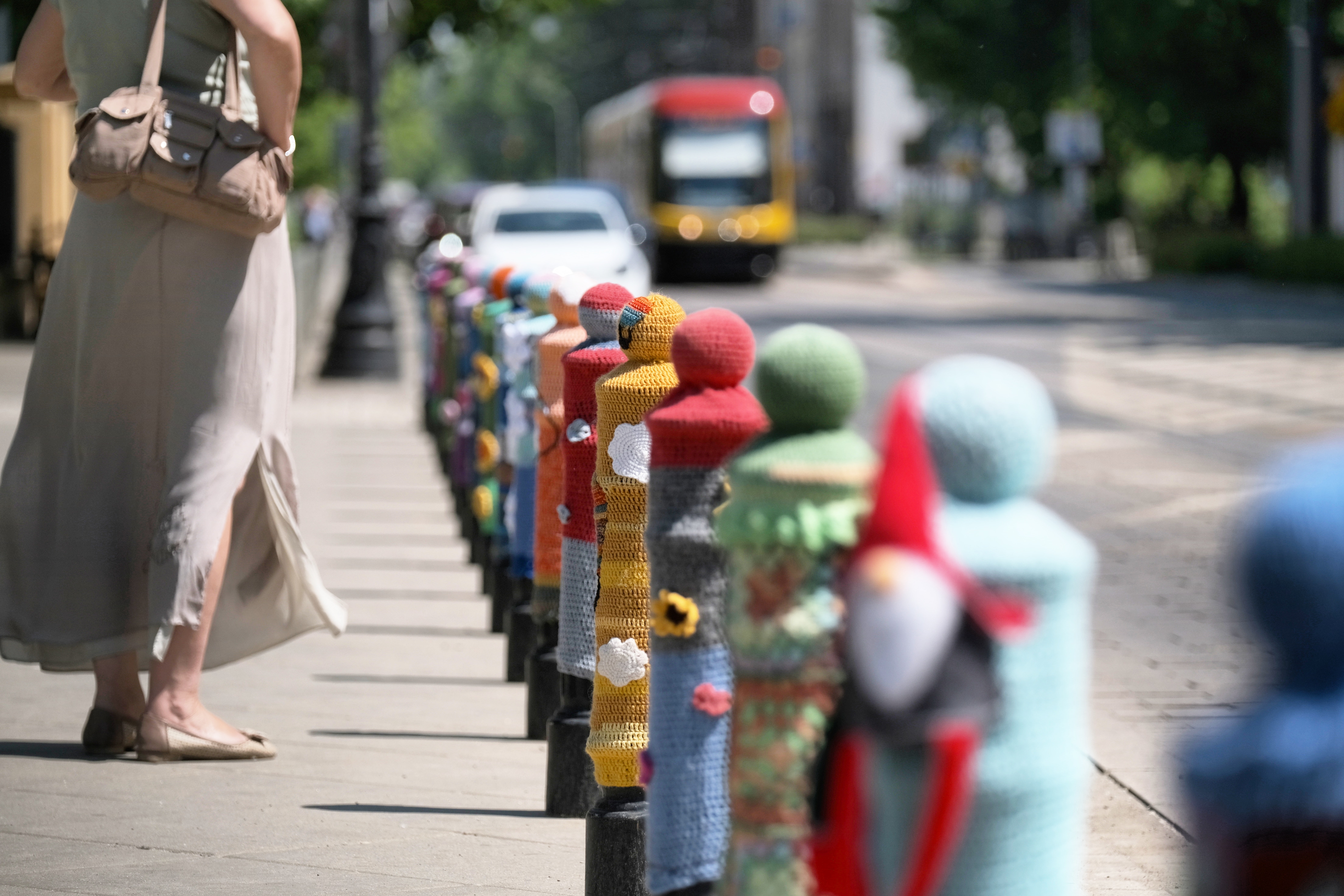 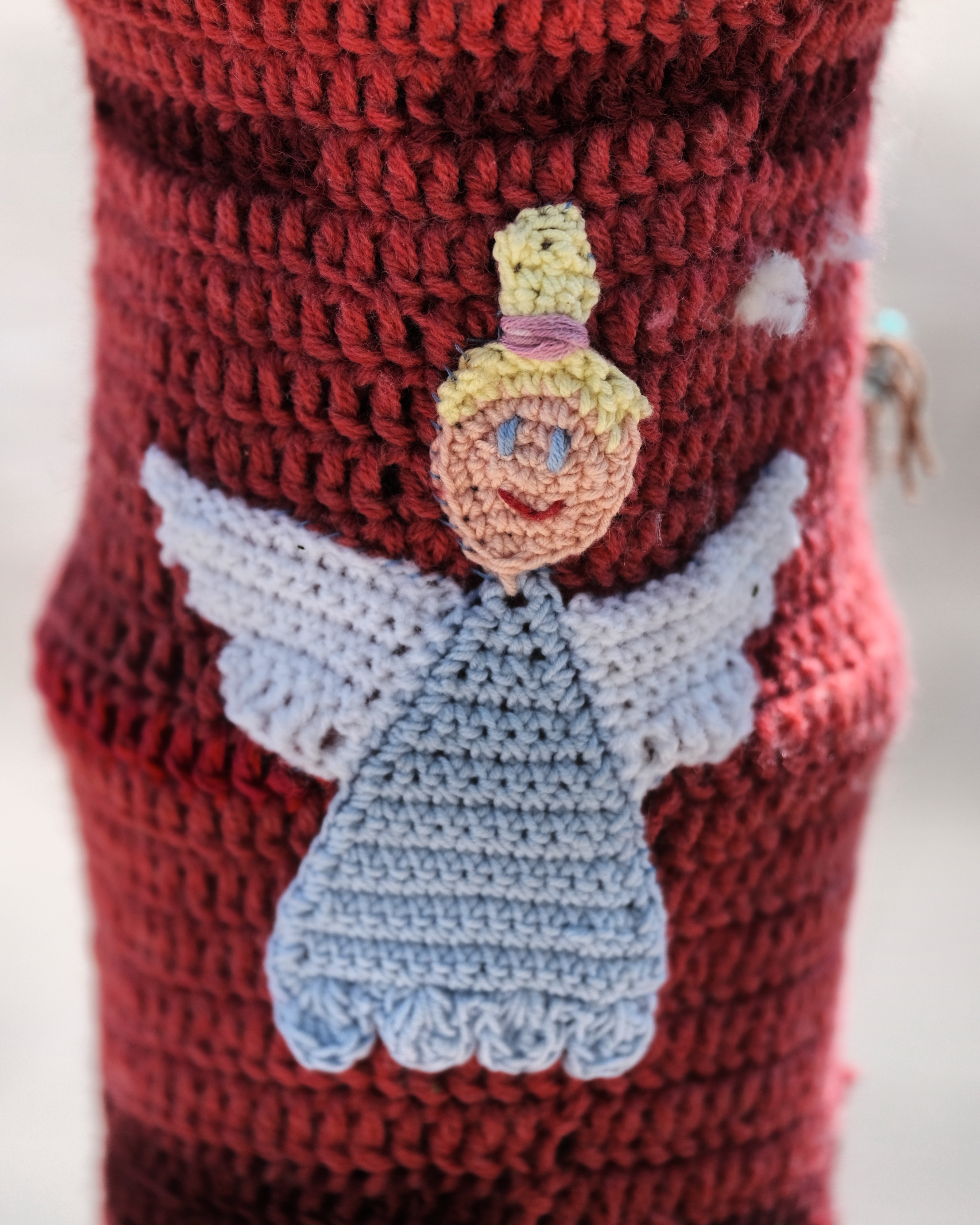 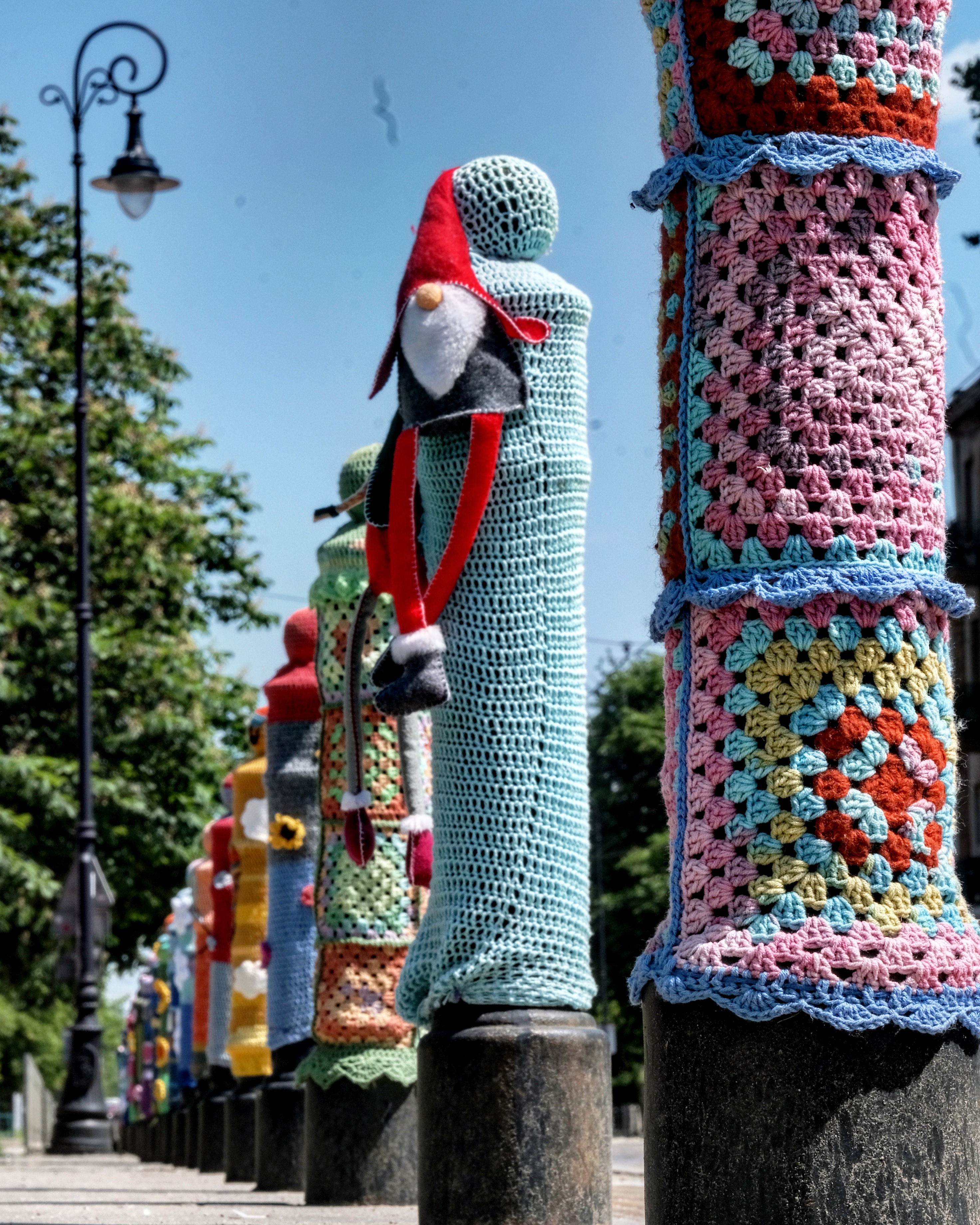 First popularized in the United States, yarn bombing has since become a global phenomenon with tens of thousands of otherwise anonymous urban objects transformed after being swaddled under colourfully knitted coats.Kalbar/TFN

Finally debuting at the end of May, the knitted adornments quickly found themselves in the news. “We’ve seen a really positive reaction,” says Michalski. “We’ve been given TV, newspaper and radio coverage and have seen an influx of people coming in to take photos. We’ve even been posted about by Mayor Trzaskowski, and it’s been great that we’ve made the people of both Szmulki and the rest of Warsaw smile.”

Not everything, however, has gone smoothly. 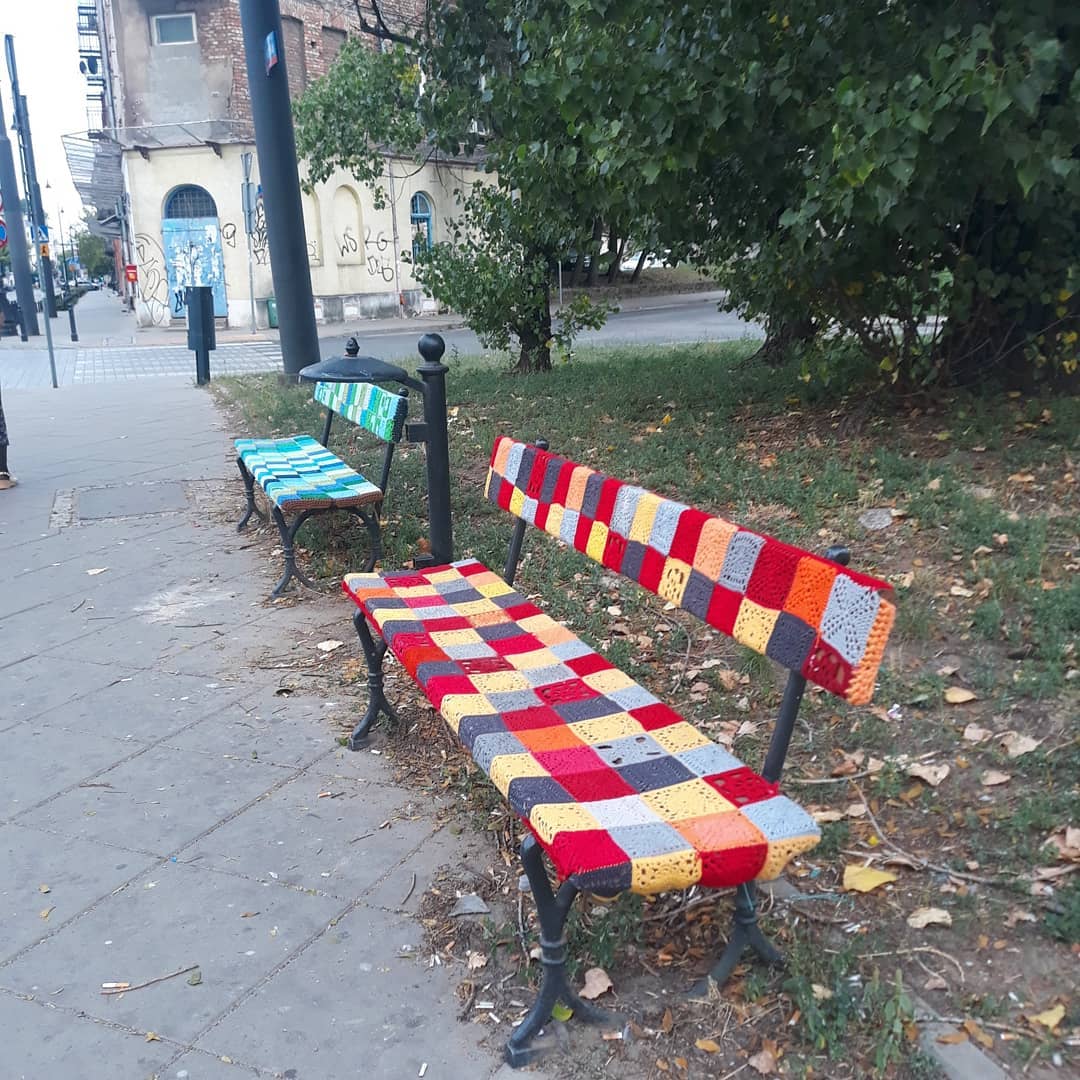 The idea came about after artist Paulina a.k.a. Cochlea crocheted a cover to place over a bench.Cochlea/Facebook

“As mentioned, most of the workshops were undertaken in a hybrid form,” says Michalski, “and since the project was revealed two of the covers have been stolen – a cartoon-style Minion and one portraying a local hero by the name of Wieśka. I just hope both are in good hands!”

Founded in 2008 by a group of friends living in the Praga area, The Michałów Society is by no means a flash-in-the-pan movement.

Named in honour of a similar association that was once active in the area in pre-war times, for years the organization has campaigned to improve the quality of life in Praga whilst also organizing guided walks, urban gardening projects, cookery courses as well as the collection of archival photographs documenting the area and, even, the publication of a guidebook targeted at newcomers to the area. 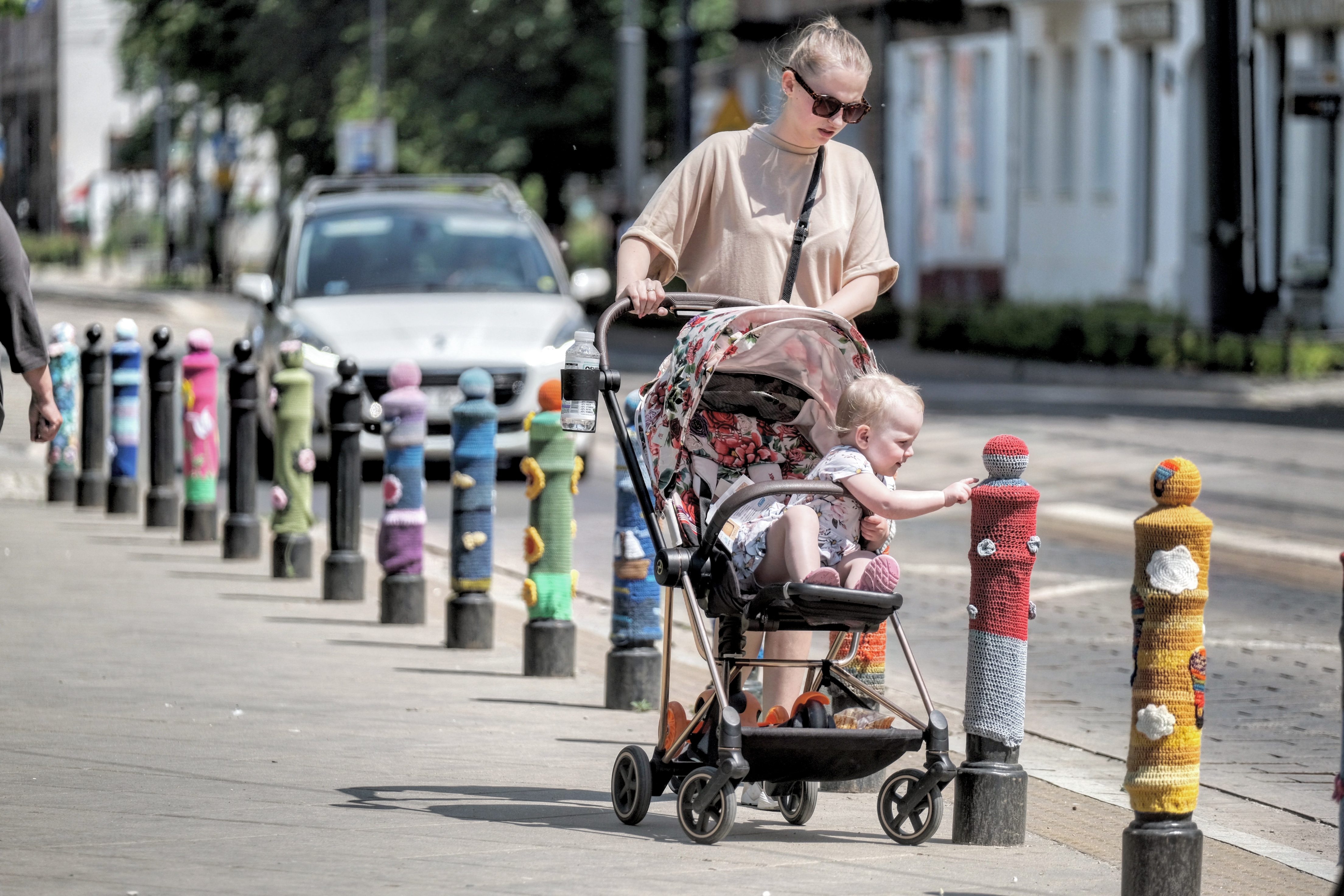 A sub-section of old Praga, for decades Szmulki was largely known for its atmospheric if seamy underbelly. More recent times, though, have seen the district reassert its identity and it has become a hotbed of grassroots movements such as the democratic football club AKS ZŁY.

An area with a strong sense of identity and community spirit, this latest undertaking has helped underline the values that the locals hold dearest to their hearts.

“Szmulki is our place in the sun,” says Michalski. “It’s a really interesting part of Praga that has many attractions, but most of all, it’s the people that make it what it is: they’re friendly, creative and keen to change the world – even if it’s just on a microscale.”

As a soldier of the National Military Organisation and the Home Army, Ryszard Witkowski whose nom de guerre was Orliński, used the Leica camera to record German railway transports, patriotic underground events, the activities of Home Army soldiers in Milanowek, the exodus of refugees from Warsaw and the destroyed city after the Uprising.

De-LIGHT-ful! Wilanów Palace gets lit up by dazzling light display