An independent coffee shop in Warsaw is leading the way with its eco-friendly solutions by offering reusable bamboo coffee cups and natural fabric packaging for food.

Stor Café in Warsaw introduced reusable bamboo cups and eco-friendly packaging for sandwiches when they launched their new location this summer. This follows their tradition of pursuing environmentally friendly solutions such as introducing a composter, switching to LED light bulbs and offering alternatives to plastic straws.

“When you look at the food industry, cafes can make the changes pretty easily,” Krzysiek Rzyman, owner of Stor told TFN. “Restaurants are much bigger, employ more people and also have a lot of waste but cafes can reduce waste much easier because they serve drinks and small amounts of food such as sandwiches or cakes.”

Stor started making changes in 2016 after engaging with their customers and seeing a way to make a positive impact on the environment. 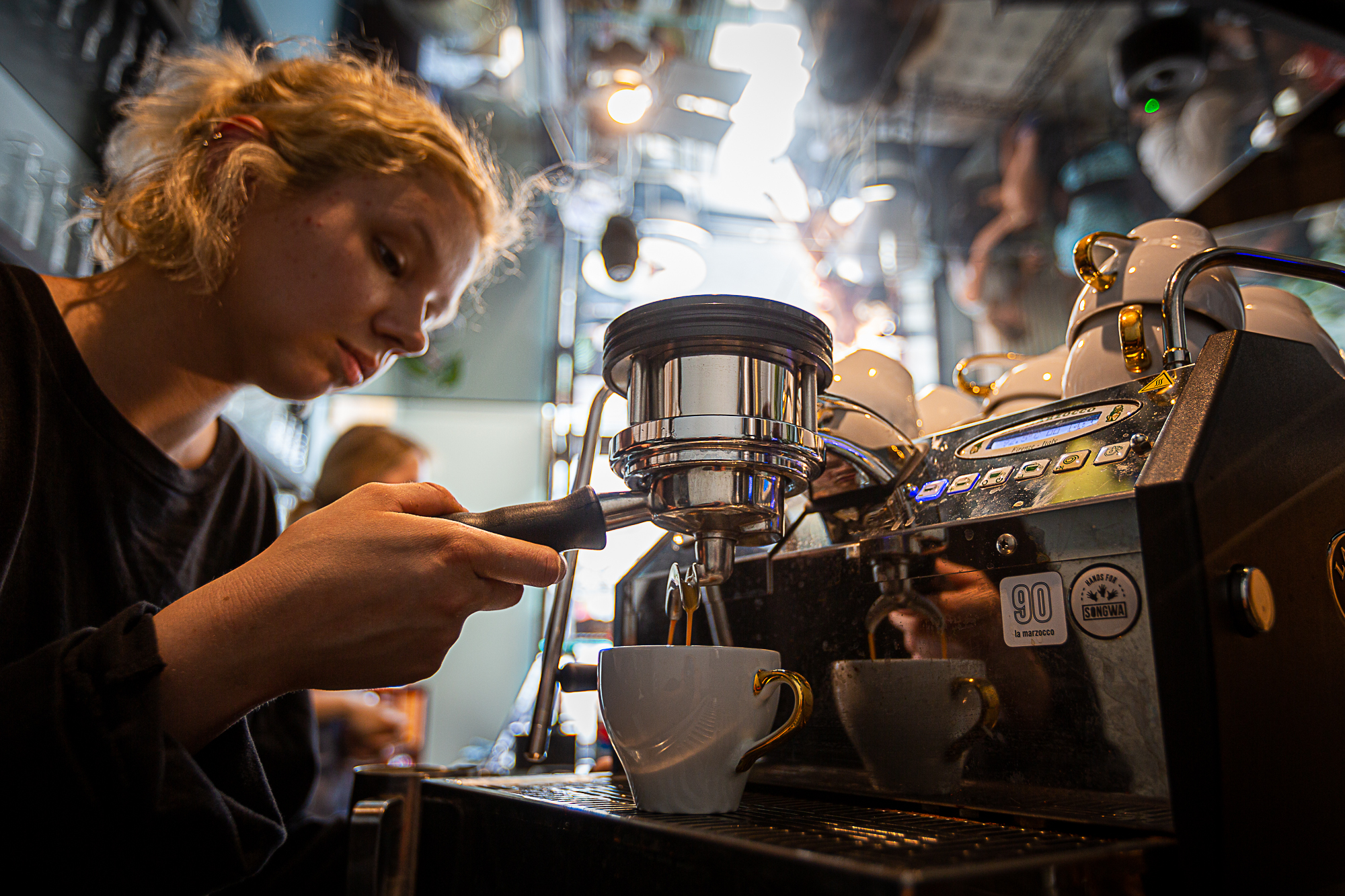 The café offers a reduction of one złoty off your coffee if you bring your own cup.Kalbar/TFN

“Our customers communicated a desire to be more eco-friendly and through an associate who is an activist and eco-influencer, Areta, (Areta Szpura, author of ‘How to Save the World’) she convinced us to invest in a composter to help recycle waste,” explained Rzyman. “All of the leftovers from sandwiches, coffee and milk go in the composter and that was the first step.

“Then there was a big thing about plastic straws and single use plastics in general, they are polluting the planet, but with straws we can make a simple change to metal straws,” he continued. “When someone has a drink to take away they can have a straw made from hay. This is natural and is easily recyclable.”

They realised more could be done and when they opened their second location they used the opportunity to create a plastic free coffee shop. 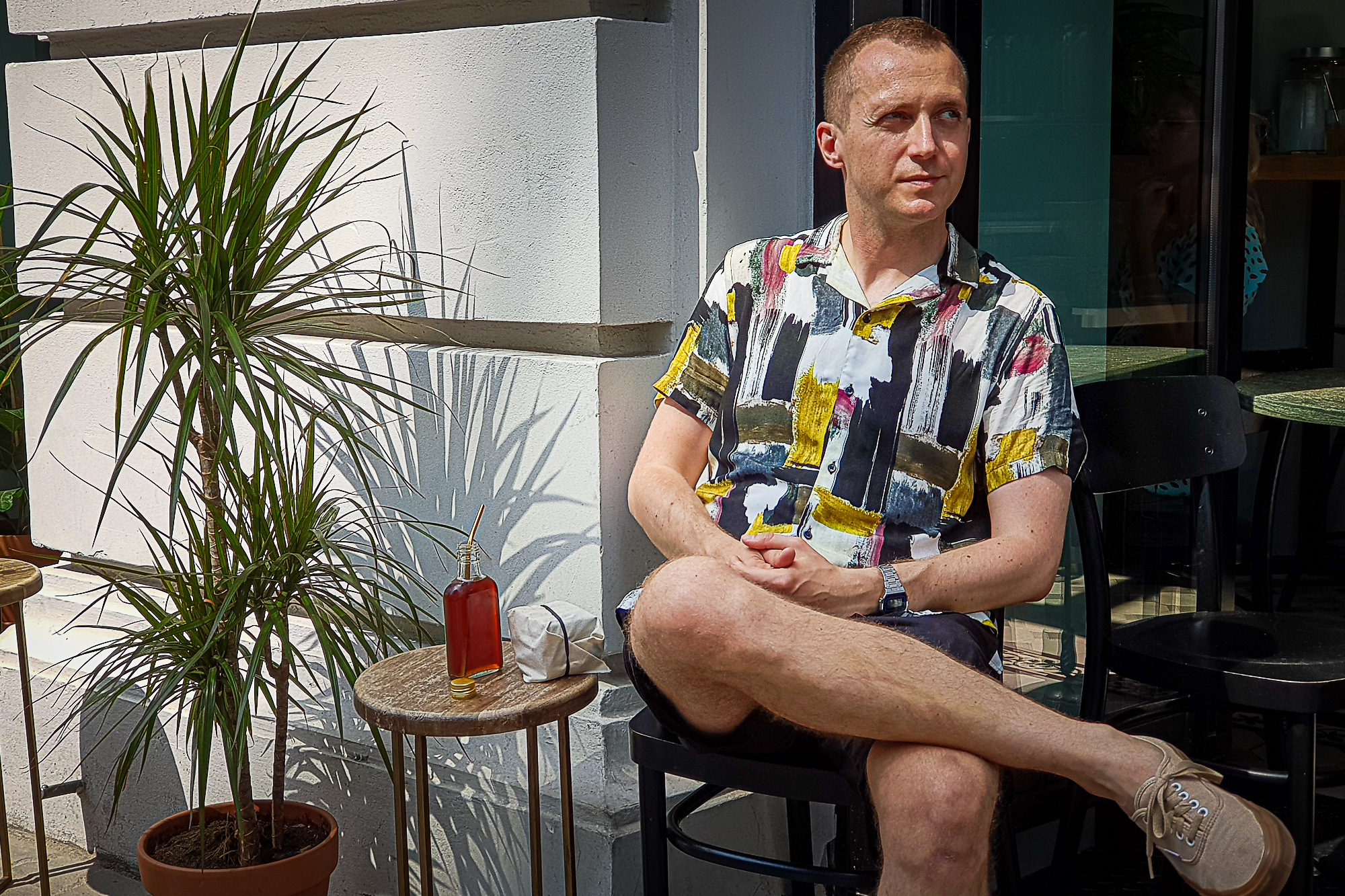 'Food sharing is not only for poor or homeless people but this is ‘freeganism’, an ethical choice more than a financial imperative,' says Rzyman.Kalbar/TFN

“We started offering our customers a one złoty discount if they brought their own cup, and then this summer, when we opened the new location, we started selling reusable bamboo cups and they are really popular; they actually sold out pretty quickly. The cups only cost one złoty so it is very cheap and affordable for those who want one,” said Rzyman.

Bamboo cups can biodegrade in as little as a year compared to most takeaway coffee cups that take 50 years to breakdown and the micro-plastics contained in some will never deteriorate in the user’s lifetime.

“For the sandwiches we know that the packaging causes similar problems like foil, plastics and metallic foil are all glued together so that is the worst thing for the environment because you can’t separate the layers and it has to be burnt ,” explained the café owner. “Sandwiches will always get soggy if you just use paper so we need something else and we came up with this natural fabric solution that can be reused but it also keeps the sandwich fresh.” 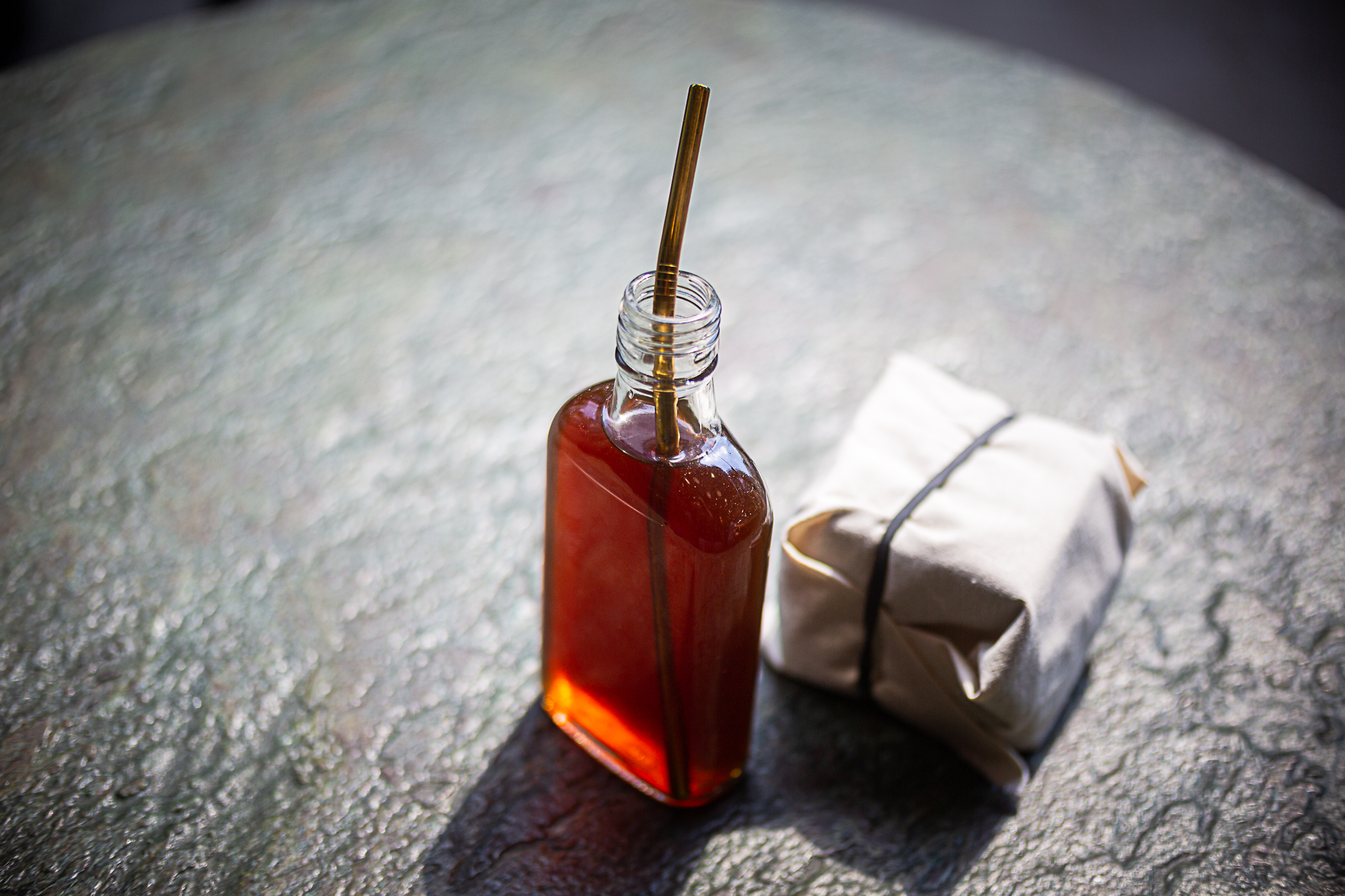 Plastic straws have made way for metal ones, while plastic wrapping has been replaced with natural fabrics.Kalbar/TFN

The company also participates in a food sharing scheme. Any unsold items that are still good to eat but not fit to be sold anymore are donated to a network of food sharing fridges.

“Food sharing is not only for poor or homeless people but this is ‘freeganism’, an ethical choice more than a financial imperative,” Rzyman told TFN.

Freeganism is a growing movement and ideology with limited participation in the conventional economy and minimal consumption of resources, particularly through recovering wasted goods like food and clothes. 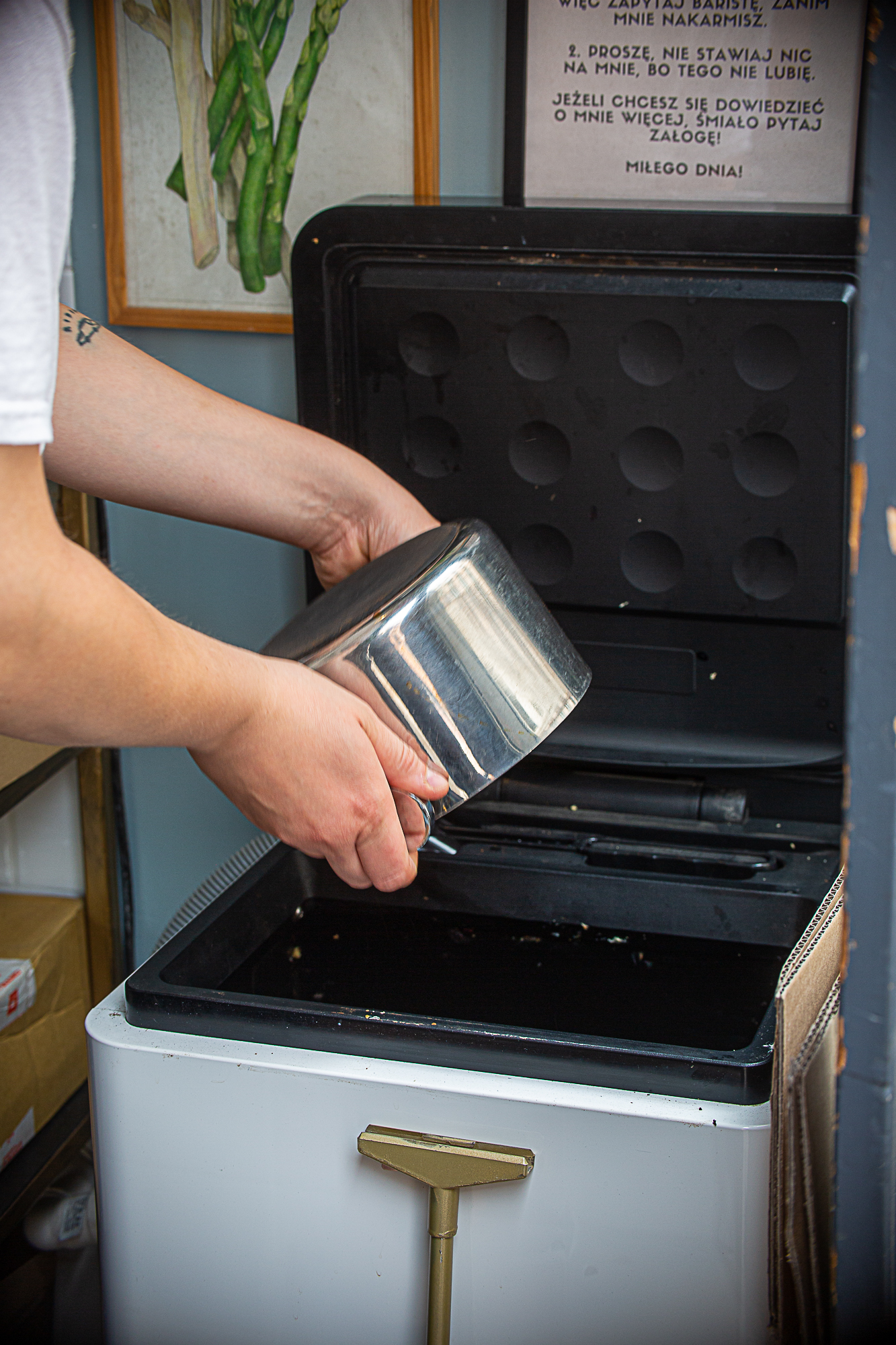 One of the first green steps the café took was the introduction of a composter. Kalbar/TFN

The price of fresh fruits and vegetable has been rising in Poland and looks set to continue to increase over the coming years but Rzyman feels this will not dent the growing popularity of green eating.

“I don’t think the rise in vegetarianism or veganism will be affected by the increase in prices because it is an ethical lifestyle choice not a financial decision,” he said. “It is linked to two things, how we treat animals during food production and about your personal health. The chefs may use different food if prices change but people won’t change.”