A painting by an award-wining Polish artist will be used to illustrate the cover of a new book of Australian singer Nick Cave’s lyrics.

The cover by Aleksandra Waliszewska, who was born in Warsaw in 1976 and studied at the city’s Academy of Fine Arts, is painted in green and shows a slender figure with braided hair, with a mountain range in the background. 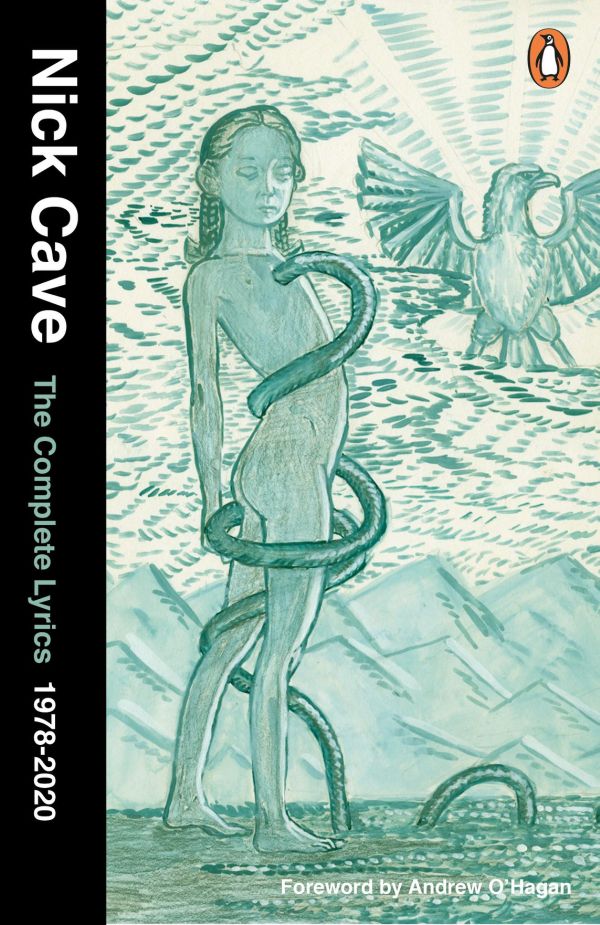 The cover is painted in green and shows a slender figure with braided hair, with a mountain range in the background. In the top right corner, there is an eagle, also painted in green.Press materials

In the top right corner, there is an eagle, also painted in green.

Due for release by Penguin at the end of April the book called “The Complete Lyrics 1978-2020, spans over four decades of the singer’s work, from his time in his earlier band The Birthday Party, which came before the Bad Seeds, up until the present. 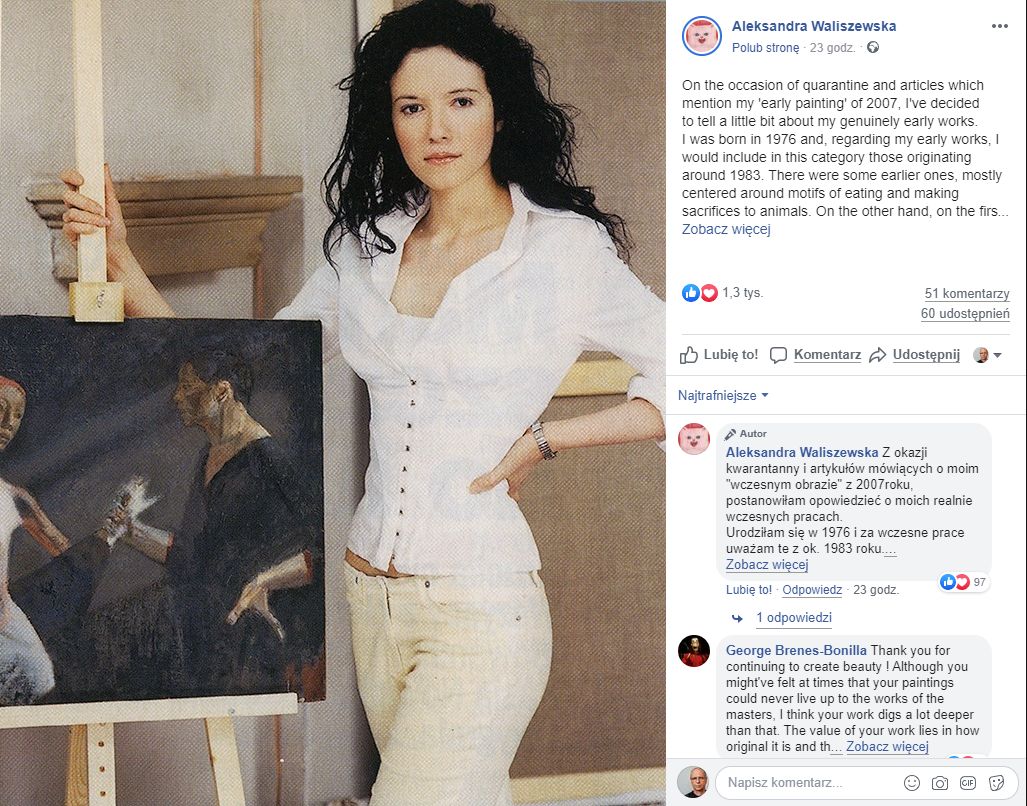 Waliszewska (pictured) is seen as being one of the brightest young talents on Poland's art scene.Aleksandra Waliszewska/Facebook

Cave has been a fan of Waliszewska’s work for a while and in an interview with AnOther magazine published in 2018, he included a few Polaroids of her paintings, saying: “Here are some Polaroids I have taken from a book on the work of Polish artist Aleksandra Waliszewska for the sole purpose of introducing her to the world,” he told the magazine. 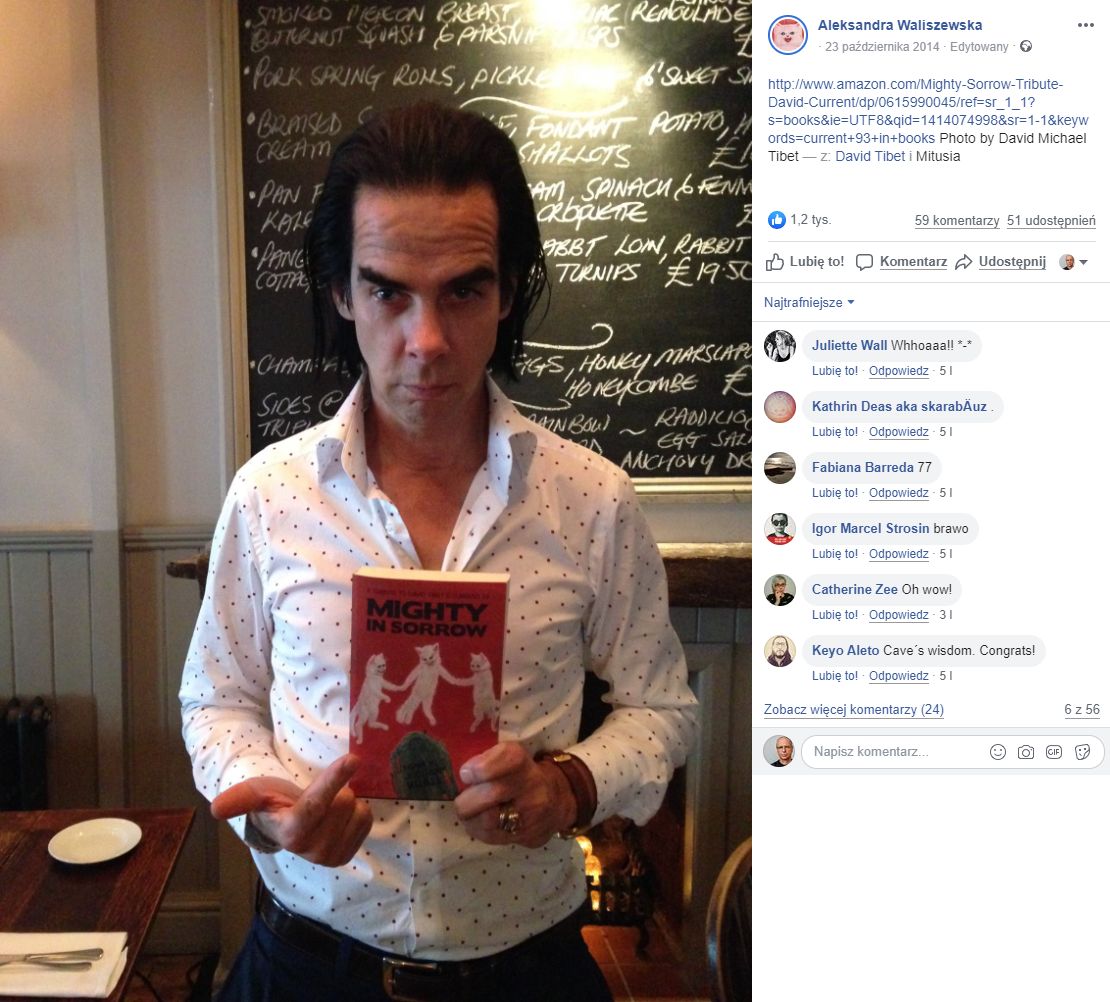 Bad Seeds frontman Nick Cave, seen here in 2014 holding a book which Waliszewska also illustrated the cover for,  has been a fan of the artist’s work for a while.Aleksandra Waliszewska/Facebook

With her early works being inspired by the Quattrocentra style characterised by the works of 14th century greats including Piero Della Francesca and Giotto, these have been combined with traditions of modern and contemporary art.

Over the past decade, she has had more than 20 solo exhibitions in Poland and abroad. 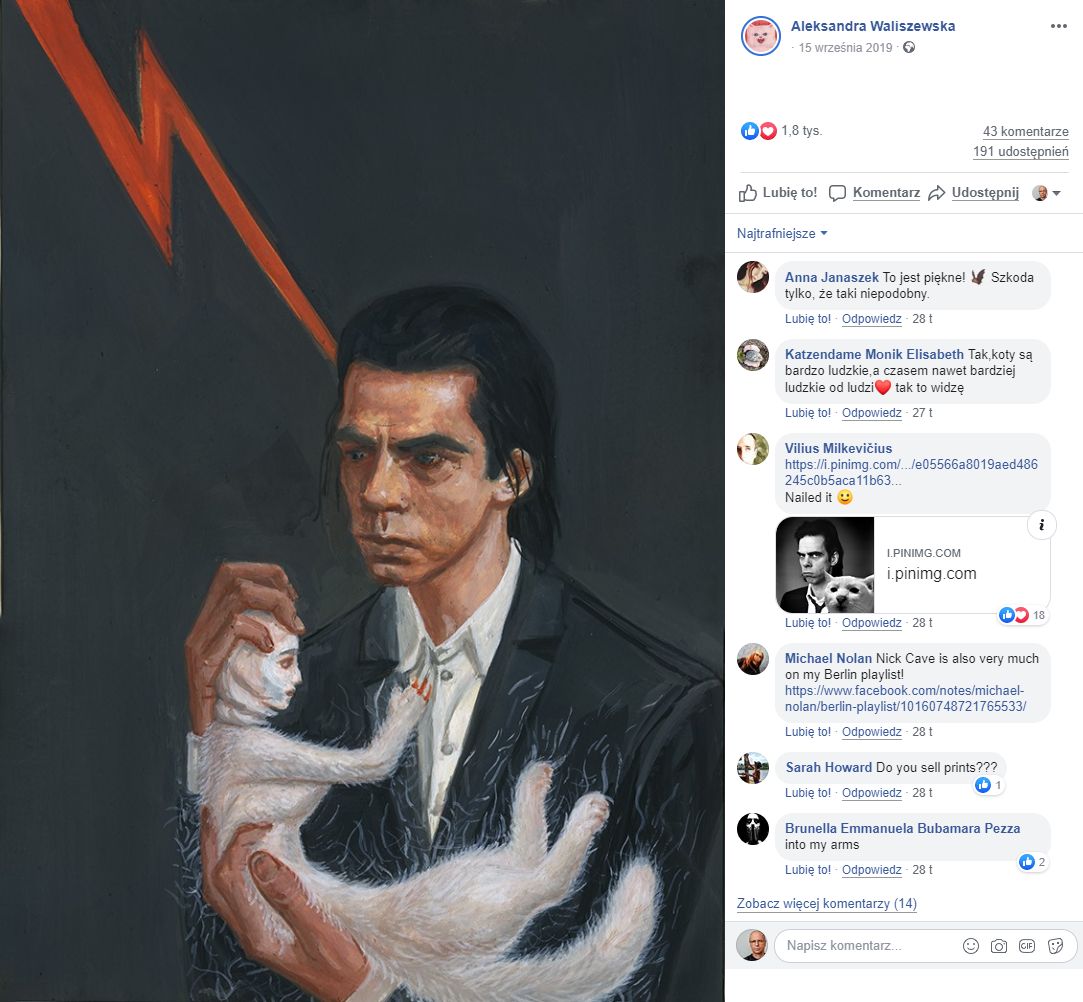 In 2019, Waliszewska, whose inspirations merge 14th century styles with modern art, painted Cave holding an animal with what looks like a human head.Aleksandra Waliszewska/Facebook

On Cave’s new book, Penguin said:  “Spanning Nick Cave's entire career, from his writing for The Birthday Party, through highly acclaimed albums like Murder Ballads, Henry's Dream and DIG, LAZARUS, DIG!!! up to his latest release, Ghosteen, this is a must-have book for all fans of the dark, the beautiful and the defiant - for all fans of the songs of Nick Cave.” 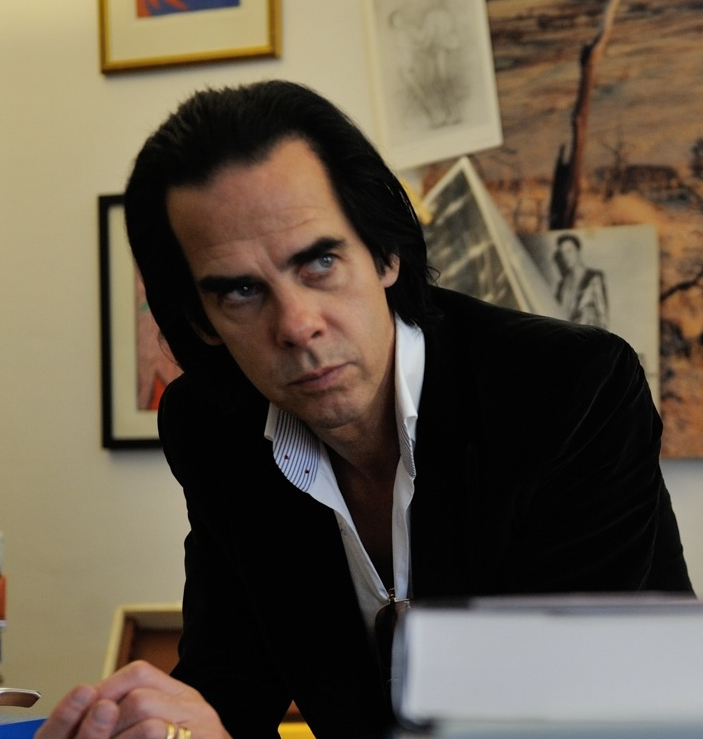 Born in Australia in 1957, Cave is best known for fronting the rock bank Nick Cave and the Bad Seeds, formed in Melbourne in 1983.Public domain

Born in Australia in 1957, Cave is best known for fronting the rock bank Nick Cave and the Bad Seeds, formed in Melbourne in 1983.

He is also known for his lyrics, which were published in a few years ago in a book spanning the years 1978-2013.