Warsaw artist creates incredible embroidered everyday objects – but can you tell which is real?

A Warsaw artist has given embroidery a modern twist with her brightly-coloured textile creations making a statement about consumerism.

Alicja Kozłowska’s work grew out of her lifelong fascination with Pop Art, a modern art movement that developed in the 1950s and 1960s, inspired by popular and commercial culture.

Inspired by everyday life, Alicja says she uses “a needle, like a brush,” to recreate the incredible lifelike objects including a packet of Lays crips.Alicja Kozłowska

But whereas in the United States, Andy Warhol famously painted well-known consumer items such as soup cans and coca-cold households during the 1960s, instead of painting, Kozłowska recreates familiar objects in three dimensions using textiles and embroidery. 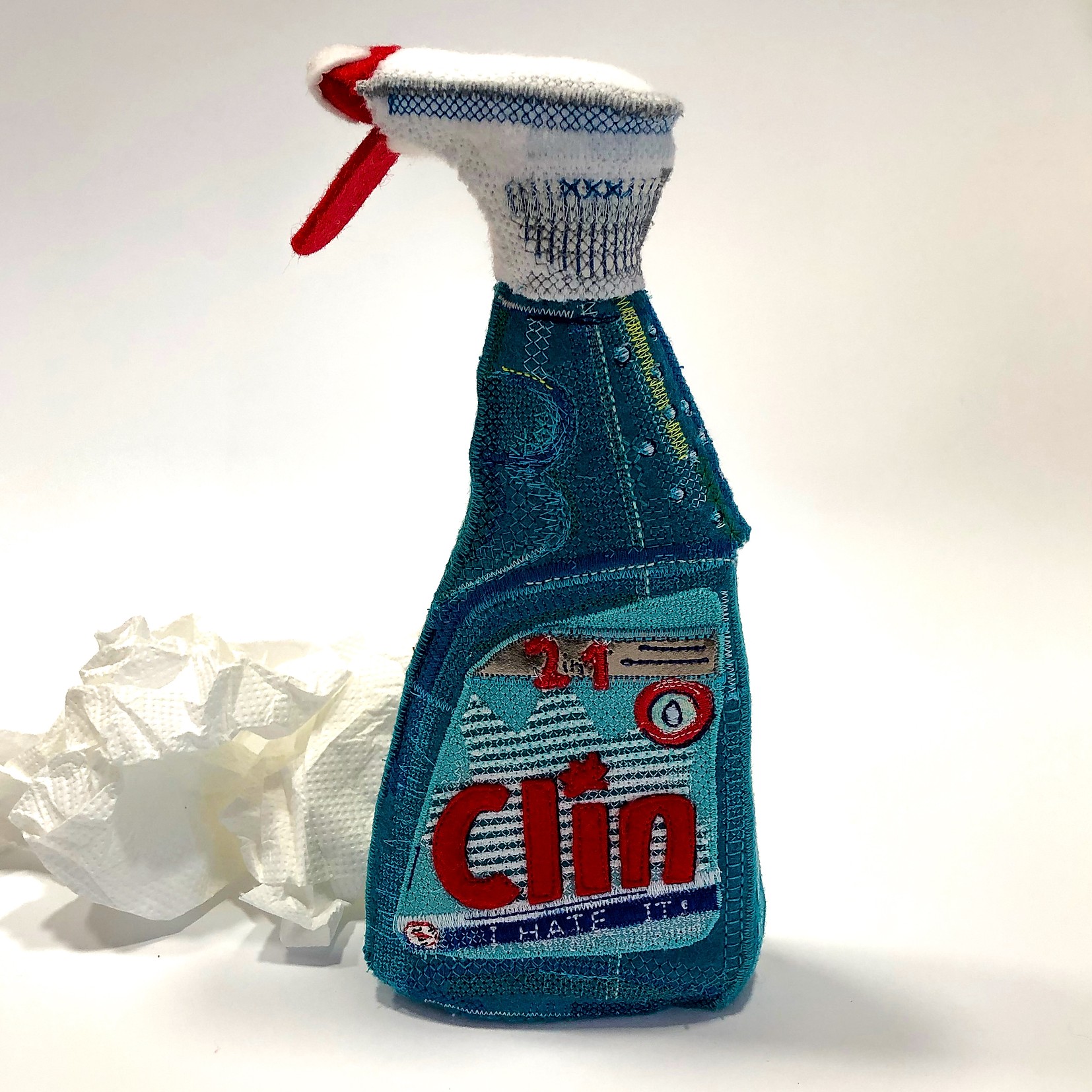 Through her unique creations, Kozłowska is raising the profile of textile art and challenging people’s ideas about it.Alicja Kozłowska

Inspired by everyday life, and using “a needle, like a brush,” she has recreated objects including a packet of Lays crips, a bottle of coca-cola, a chupa-chups lollypop and bananas, as well as snickers and kit kat bars.

All of them are made of embroidered textiles in bold colours and look remarkably lifelike, as if they had just been pulled off a shelf at the supermarket. 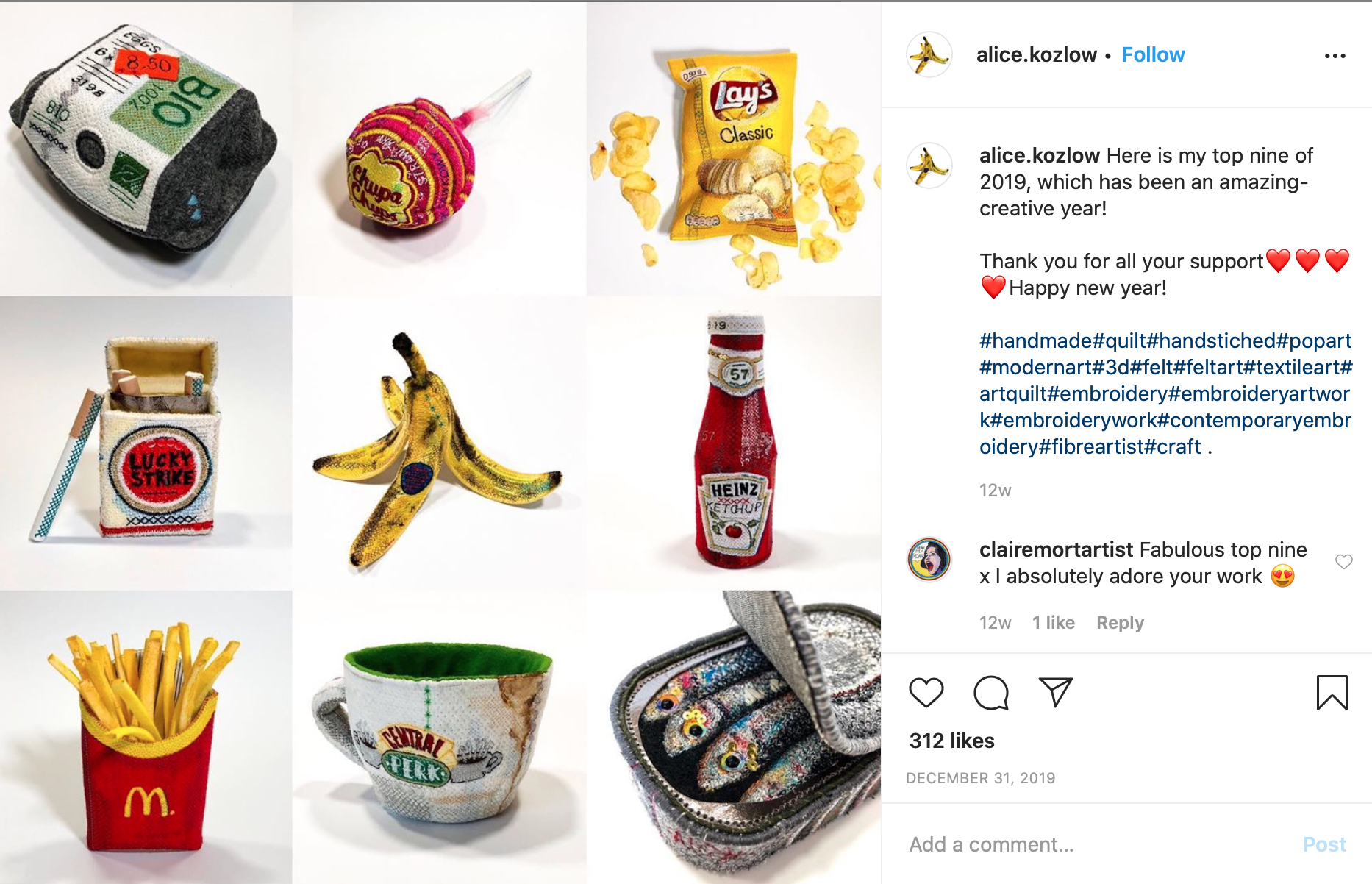 Alicja’s work grew out of her lifelong fascination with Pop Art.Alicja Kozłowska

In addition to their playful form, Kozłowska’s 3D textile scuptures make a statement about the world around us, with a focus on the objects we consume.

“Whether economic, philosophical, social or cultural, the context in which an artwork is created and the complicity of the artist within that context is intrinsic to its meaning,” she says. 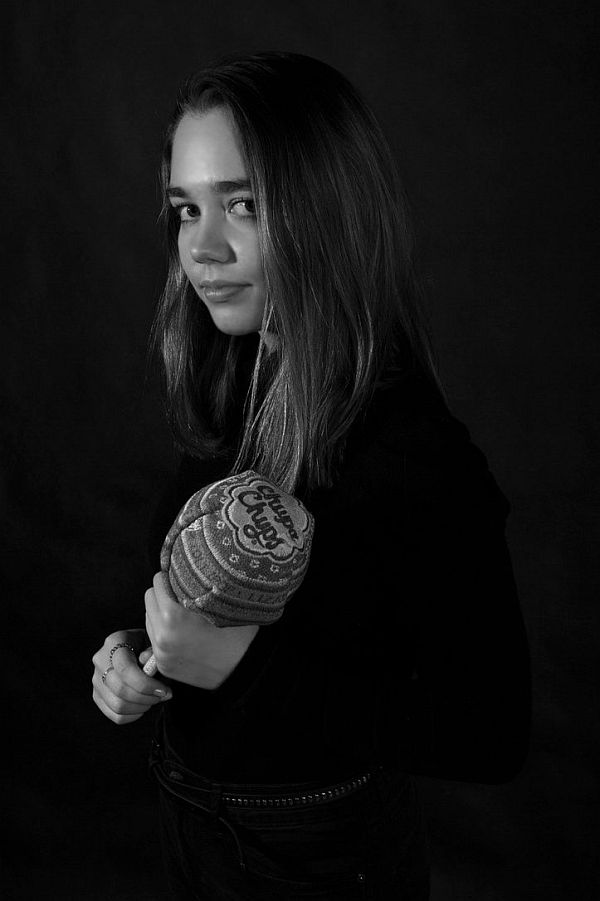 The Warsaw artist says she draws “inspiration from the reality that surrounds me, consumerism and everyday objects.”Alicja Kozłowska

She added: “I started to create 3d embroidered felt sculptures of everyday objects to provide an opportunity to rethink these items we take for granted. I draw inspiration from the reality that surrounds me, consumerism and everyday objects.”

Through her unique creations, which do not involve a standard pattern, Kozłowska is also raising the profile of textile art and challenging people’s ideas about it. 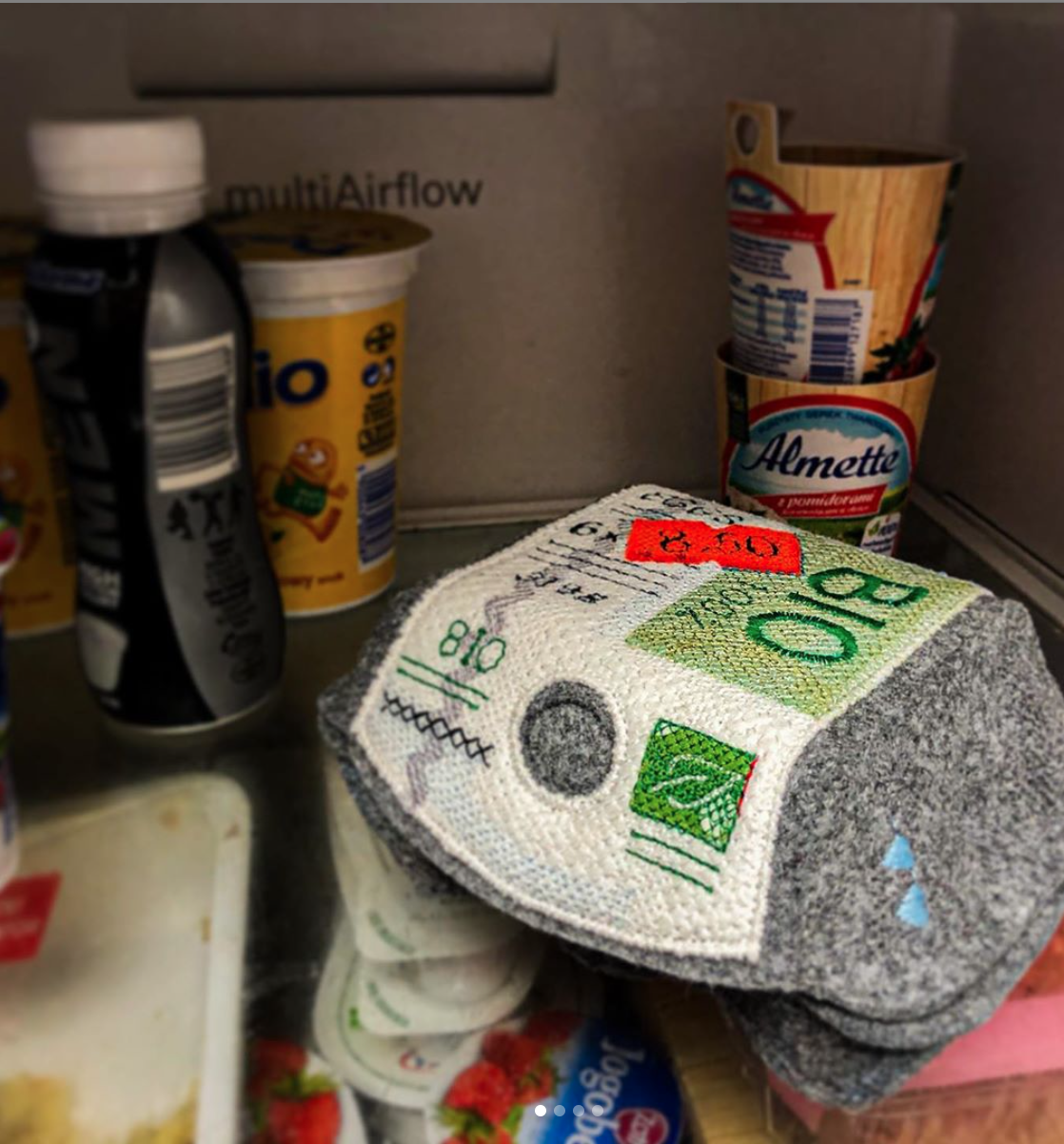 Alicja’s Eggcellent sculptures have featured at exhibitions in Milan, Warsaw and most recently at the LAM museum in Lisse, in the Netherlands.Alicja Kozłowska

“I would like to popularize and change the perception of fabric, which can also become a work of art,” she writes.

“Every work requires commitment and patience from me, it is unique, created spontaneously without a specific pattern and in a fit of inspiration,” she adds. 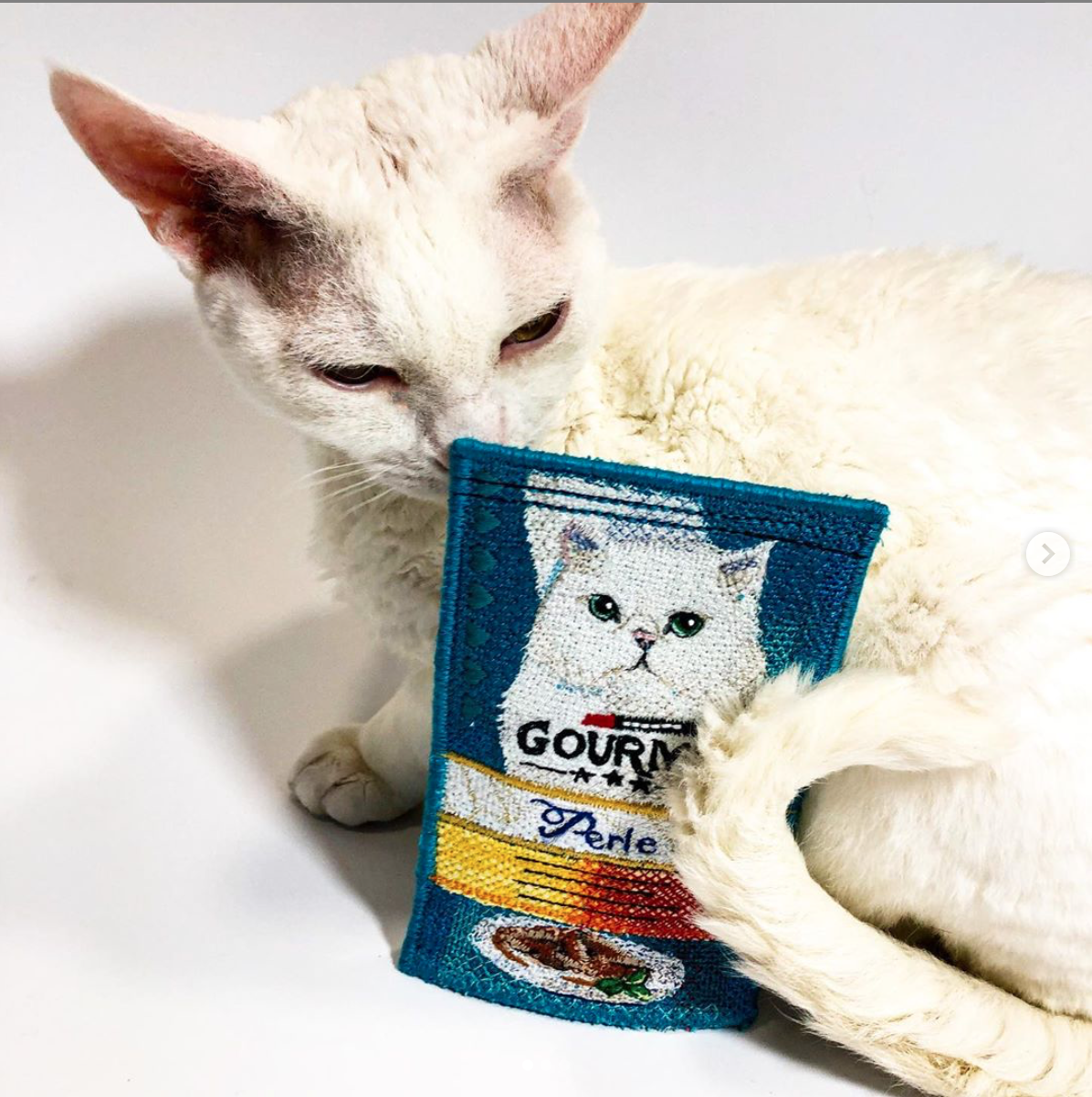 The designs are so PURRFECT even Alicja’s cat has fallen in love them.Alicja Kozłowska

Her felt sculptures have featured at exhibitions in Milan, Warsaw and most recently at the LAM museum in Lisse, in the Netherlands.