Warsaw and Kraków to store ALL EU satellite data

Infrastructure which will store all of the EU’s satellite data is being constructed in Poland.

Satellite imagery, as well as infra-red and ultraviolet information used in defence, natural disaster prevention, navigation, but also commercial activities such as farming will pass through servers located in Kraków and Warsaw.

President of the Polish Space Agency, Grzegorz Brona, told PAP: “The satellite data sector, both observational and navigational, is enormous. The entire space sector in the world can now be estimated at 300 billion euros. It just so happens that 50-60 percent of this sum falls on the part related to the use of satellite data, their transmission and use in various sectors of the economy.”

Brona continued: “At the moment infrastructure for storing the EU’s entire satellite data is being developed in Warsaw and Kraków. It is worth remembering when we use satellite data, that it passes not only through servers or computers located in Brussels or the capitals of other European countries, but also, to a large extent, in Warsaw or Krakow." 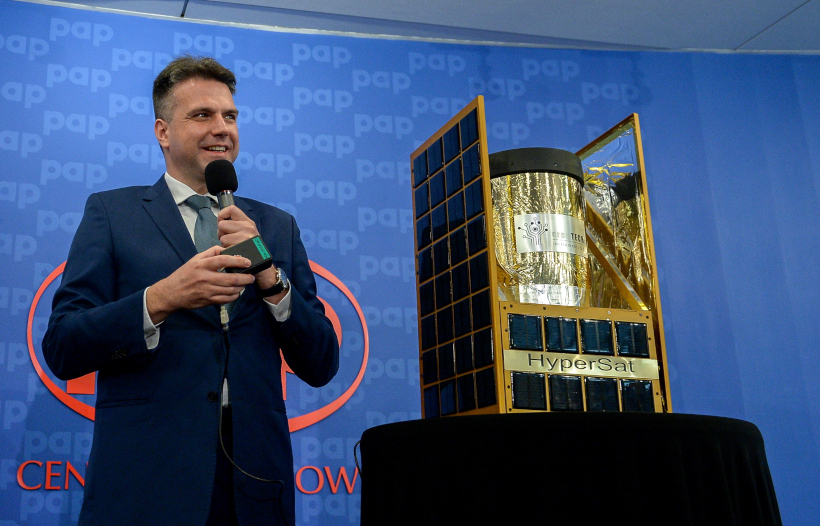 President of the Polish Space Agency, Grzegorz Brona, pictured here with a modular satellite, said that infrastructure for storing the EU’s entire satellite data is being developed in Warsaw and Kraków.Marcin Obara/PAP

With over 50 Polish companies actively operating in this area, Poland is reaching for its part of the 300 billion euro pie. Brona said: “Typically, these are the data processing and sharing systems, but recently we have also joined the storage of satellite data sector.”

Each year more start-ups come up with ideas to utilize satellite imagery for business and everyday life.

As a key member of the European Space Agency, Poland is actively taking part in the development of the EU’s satellite systems, such as the Galileo programme. Launched in 2016, it is quickly becoming a European alternative to the American GPS. Galileo’s navigation will have a one metre precision, compared to GPSs five metres. 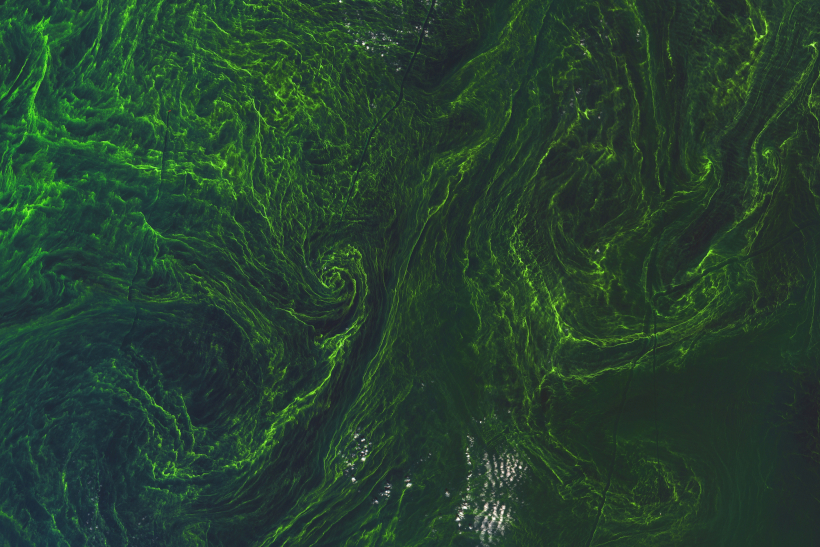 Algae bloom taken by a Sentinel 2-A satellite captures the best nutrient and light conditions for algal growth. Data such as this will in future pass through servers located in Kraków and Warsaw.Wikipedia

The second major initiative, Copernicus, aims at providing complete monitoring of Earth, basing on data from seven satellites. Thanks to the Polish platform CREODIAS, seven petabytes of data are available for free to any interested users. These include information gathered by Copernicus Sentinel satellites, such as weather, vegetation, soil and water cover, topography, air condition and many others.

With the Copernicus and Galileo programmes, the EU is creating competitive satellite systems in both academic and commercial sectors. The open access to data has a positive impact on the innovativeness of satellite-based services offered in Europe.

This is not the end of ESA’s ambitions though, as other programmes are in line. “One of them will certainly be a project related to securing the space infrastructure, i.e. Space Situational Awareness - observing space debris that threatens EU infrastructure,” Brona added.