Seen as one of the government’s biggest flagship projects, CPK Airport has come a step closer to being realised after it was announced that a consortium of Foster + Partners and Buro Happold had won the tender to design it.

Acting as a “symbolic gateway” to Poland, Centralny Port Komunikacyjny will serve as an air, rail and road transport hub that will ultimately seek to handle 60 million travellers by 2060.

In the shorter term, a figure of 40 million users has been targeted for when it opens – purportedly in 2027. 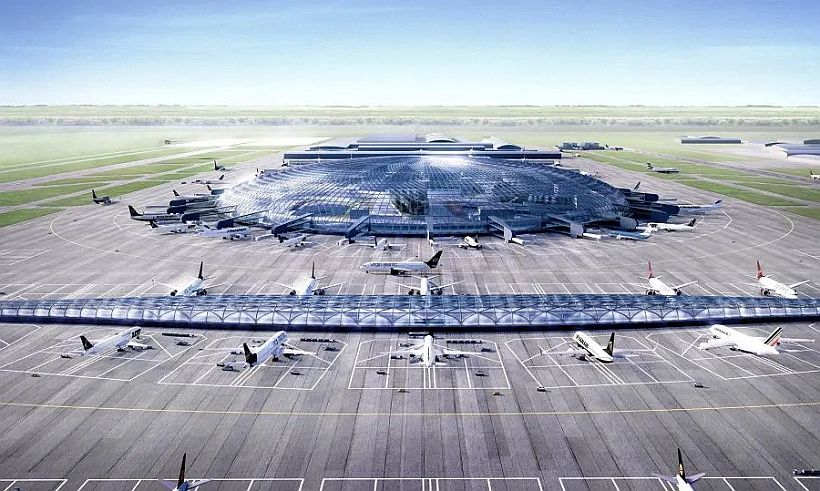 To be built 37 kilometres west of Warsaw, one of the projects core elements will see the integration of transport modes.CPK

Grant Brooker of Foster + Partners, said: “We are proud and excited to be chosen by CPK as the designers of this project. In collaboration, we will work together to create a model for the future of totally integrated transportation design.”

Continuing, he added: “We believe that this project will completely revolutionise travel across the country and beyond. The vision of woven architectural form is deliberately and strongly expressed.

“It could shape the building and guide the passengers through its spaces, while also serving as a powerful symbolic reference to Poland’s rich cultural heritage and the united strength of its people.”

The overriding vision for the airport includes a landside interchange plaza that will be enriched by greenery and natural light.

A figure of 40 million users has been targeted for when it opens – purportedly in 2027.Foster + Partners

According to Foster + Partners, the plaza would co-join air, road and rail networks and become “the focal point” of the scheme whilst also being built to support shifts towards more sustainable modes of travel as well as accommodating “future emerging technologies”.

Involving a simple but striking continuous vaulted roof, it’s under this that passengers will intuitively head from the plaza to their flights.

Moreover, the studio will be looking to optimise the passenger experience to make it more accessible and inclusive.

“The functional and flexible layout, with minimal level changes, would allow for efficient and seamless passenger flows and optimised transfers,” promises the press release from Foster + Partners.

The overriding vision for the airport includes a landside interchange plaza that will be enriched by greenery and natural light.Foster + Partners

“Visual connections to the surrounding landscape would anchor the transport hub within its geographic context and help to establish a strong sense of place.”

To achieve this, Foster + Partners will draw on over forty-years of experience in designing key infrastructural points, among these Beijing and Hong Kong airports and Stockholm Central train station.

With the contract valued at PLN 696 million, Foster + Partners have already expressed the need to future-proof the project so that it stands the test of time: “The design ideas will need to respond to the challenges of time, cost and quality,” they say.

As a result, the studio has already said that it will be looking to explore “opportunities for modularisation and prefabrication” so as to allow the transit point to adapt to evolving operational needs. 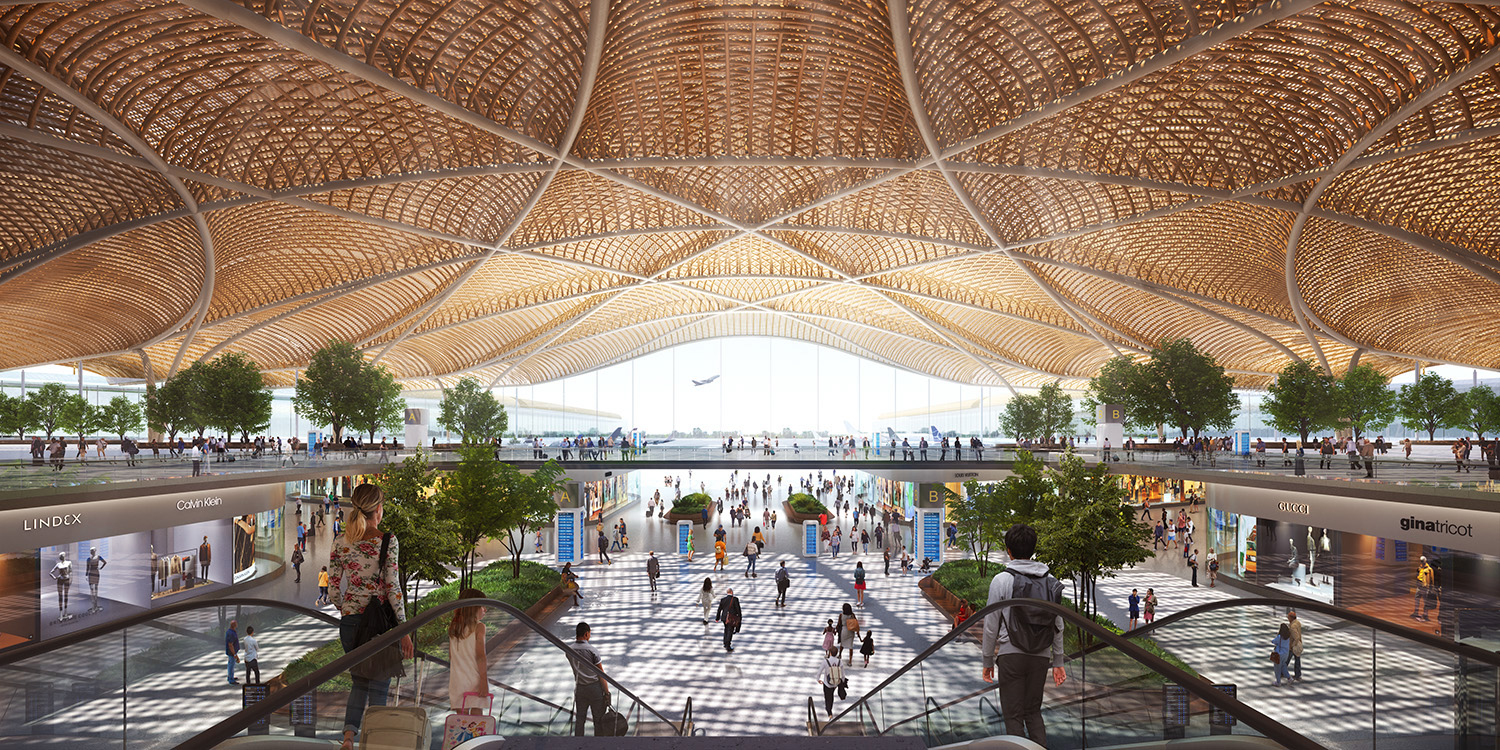 A conceptual design for the key facilities of the airport should be ready by the middle of next year.Foster + Partners

To be built 37 kilometres west of Warsaw, one of the projects core elements will see the integration of transport modes. This will enable new arrivals to reach Poland’s major urban centres within just two-and-a-half hours.

Marcin Horała, the Deputy Minister of Funds and Regional Policy, said: “This is one of the largest infrastructural projects in our part of Europe. Despite its huge sale, we are implementing it according to schedule and reaching new milestones.”

As things stand, a conceptual design for the key facilities of the airport should be ready by the middle of next year.