A 10-year-old boy suffering from muscular dystrophy has had his dream of being able to go go-carting and motor racing come true thanks to the dedication of students from the Warsaw University of Technology (PW).

Youngster Maks often visited race tracks with his cousins but due to his disability was only able to watch from the sidelines as they sped around having fun.

But in 2017 all that changed after he visited a motor fair where the PW students were showing off some of their designs and, after hearing Maks’s tale decided to design and built him his own unique racing car. 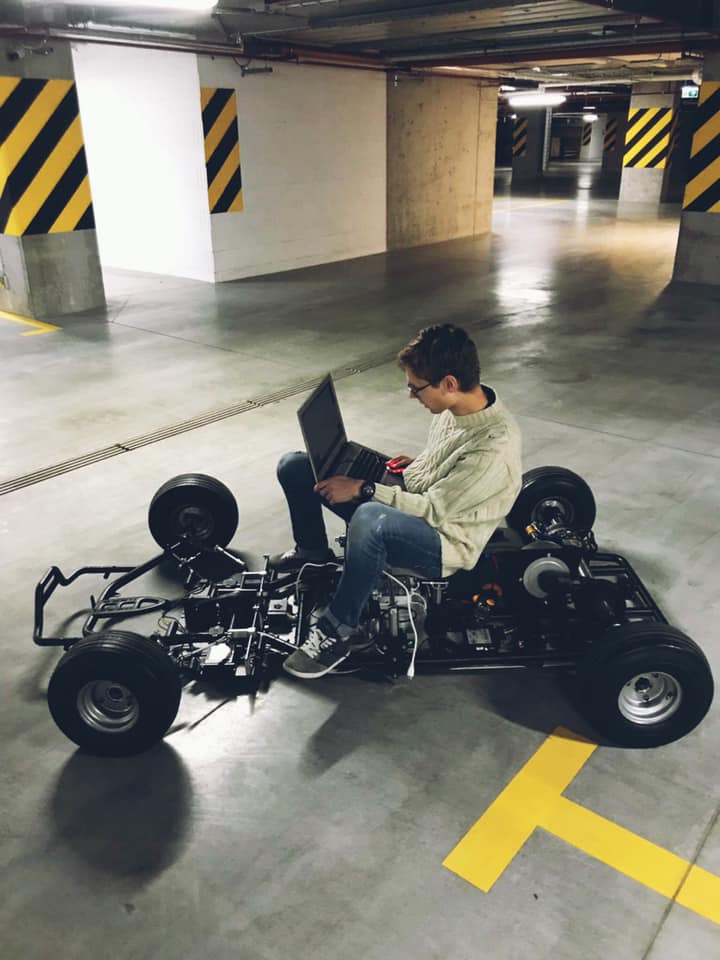 Students spent two years working on the project to create a racing car suitable for a child with muscular dystrophy.e-MaksPower/Facebook

Project manager for the task,  Łukasz Krawczuk vel Walczuk, later told PAP: “He simply asked us for this race car and we agreed to make it.”

The team from four Uni science clubs - ADek, which specializes in building go-karts, KNR dealing with robotics, SKAP responsible for vehicle aerodynamics and Smart City PW - then set about the task.

But after looking for similar solutions used around the world and finding none of the vehicles adapted for the needs of handicapped people were used for racing, they began from scratch.

After meeting Maks at a motor fair, the students decided to help. Piotr Nowak/PAP

Their first task was to design the car’s control systems based on what kind of movements Maks was capable of making to operate them.

Writing on their fundraiser page, polakpotrafi.pl, they explained: “It turned out, that our first driver, with whom we will test the vehicle, can’t move his wrist or elbow, as we assumed at the beginning, but he can use his fingers and arm.

“That means that the bar was lifted even higher, though it didn’t discourage us, on the contrary, it motivated us even more to work on every detail of the project.” 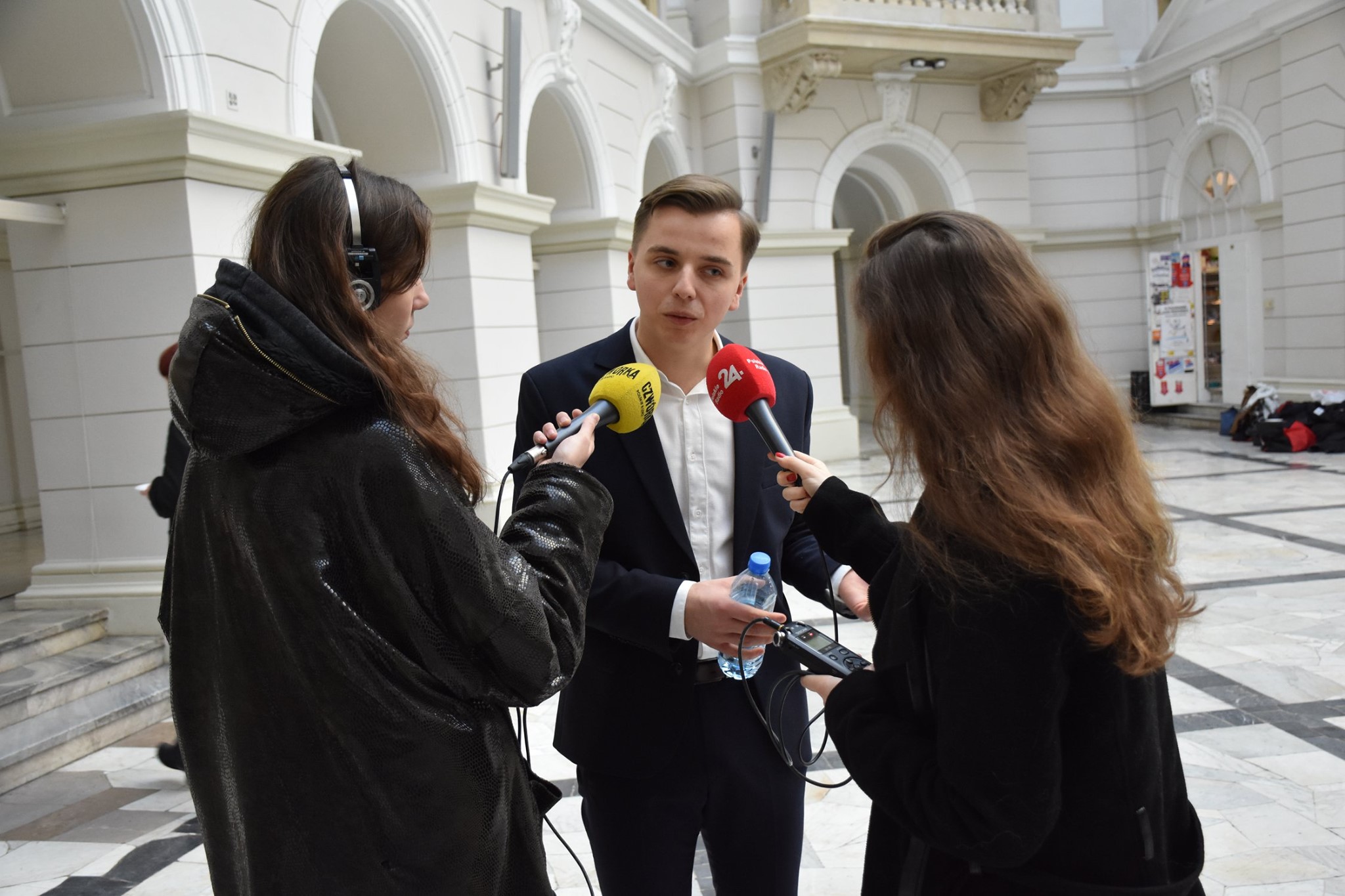 Project leader Łukasz Krawczuk vel Walczuk explained that because of Maks’s limited hand movements, they decided to give the car a joystick rather than a steering wheel.e-MaksPower/Facebook

Team leader Krawczuk vel Walczuk said: "It is an electric car controlled only by a joystick.

“The only output signal from the driver is the joystick, because Max only moves his wrist.”

So far, Maks has had a chance to do a few laps around the main hall of the university during the official presentation, but dad Michał said he plans to get him onto a real race track as soon as possible.Piotr Nowak/PAP

After two years’ work and a cost of 80,000 PLN, the project team eventually presented Maks with the special 30 km/h e-MaksPower racing car.

The youngster’s delighted dad, Michał, told PAP: “Their professionalism, commitment and heart, as in the selfless help led to achieving something really big." 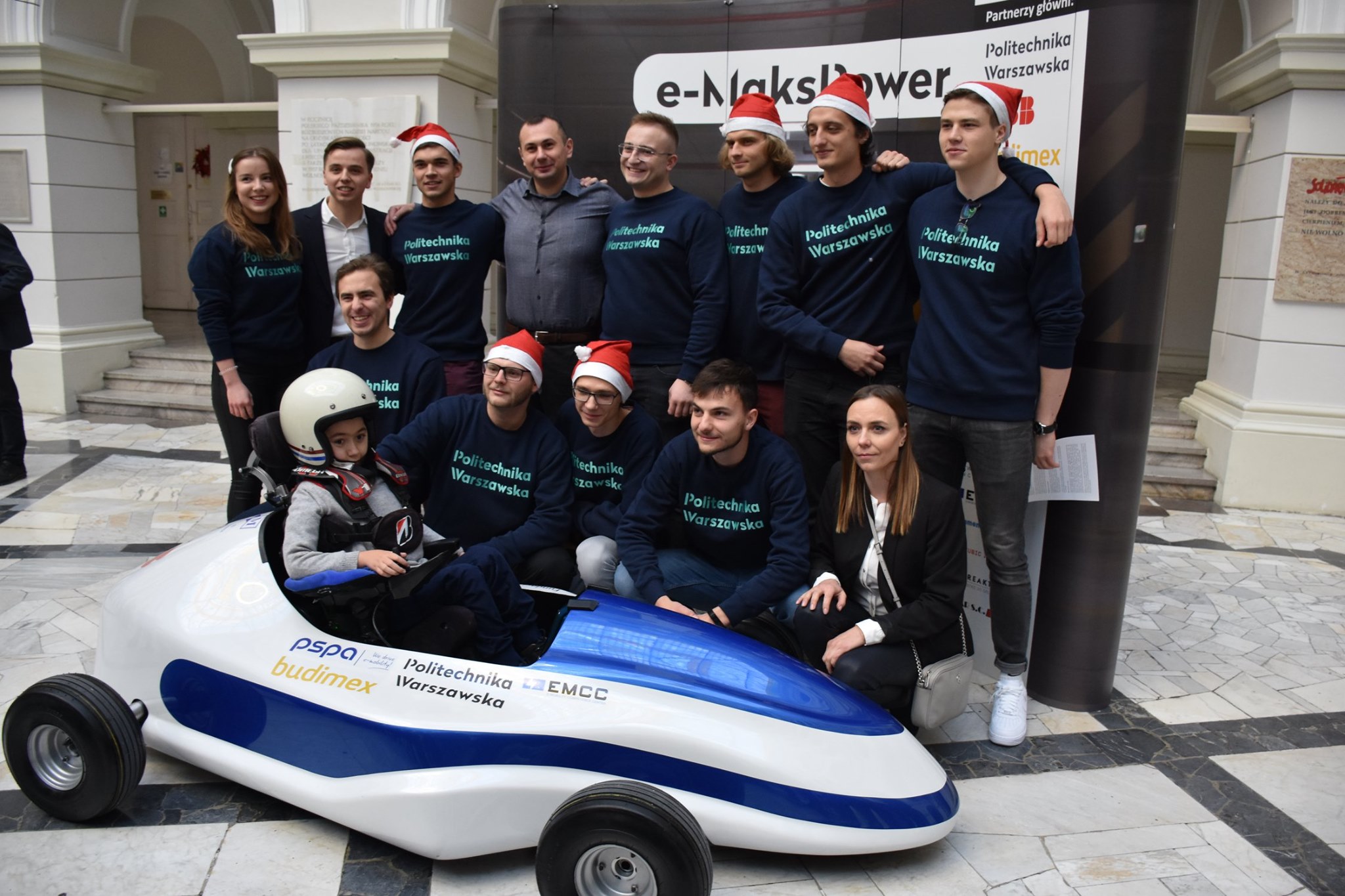 So far, Maks has had a chance to do a few laps around the main hall of the university during the official presentation, but dad Michał said he plans to get him onto a real race track as soon as possible.

He said simply: "Where they'll let us in, Maks will be driving.”