This year’s Frieze Artist Award, connected to one of the world’s most prestigious art fairs, has been won by Polish-British visual artist and choreographer Alex Baczyński-Jenkins.

The London-based Frieze fair offers one emerging artist each year an opportunity to present their work alongside art world’s A-listers, such as Marina Abramović or Wolfgang Tillmans. Baczyński-Jenkins, whose award also included a residency at the Delfina Foundation in London, is the first winner to present a performance-based work.

Raised and educated in London and Warsaw, Baczyński-Jenkins, aged 31, has also studied choreography in Berlin and participated in a one-year fellowship program, the Home Workspace, in Beirut.

The project Baczyński-Jenkins produced for the Frieze will take place intermittently throughout the fair’s opening hours, inside an enclosed sonic environment. In this new work, Baczyński-Jenkins draws on the box step, a basic movement used in several social dances, to create a choreography that explores collectivity, subjectivity, queer embodiment and desire. 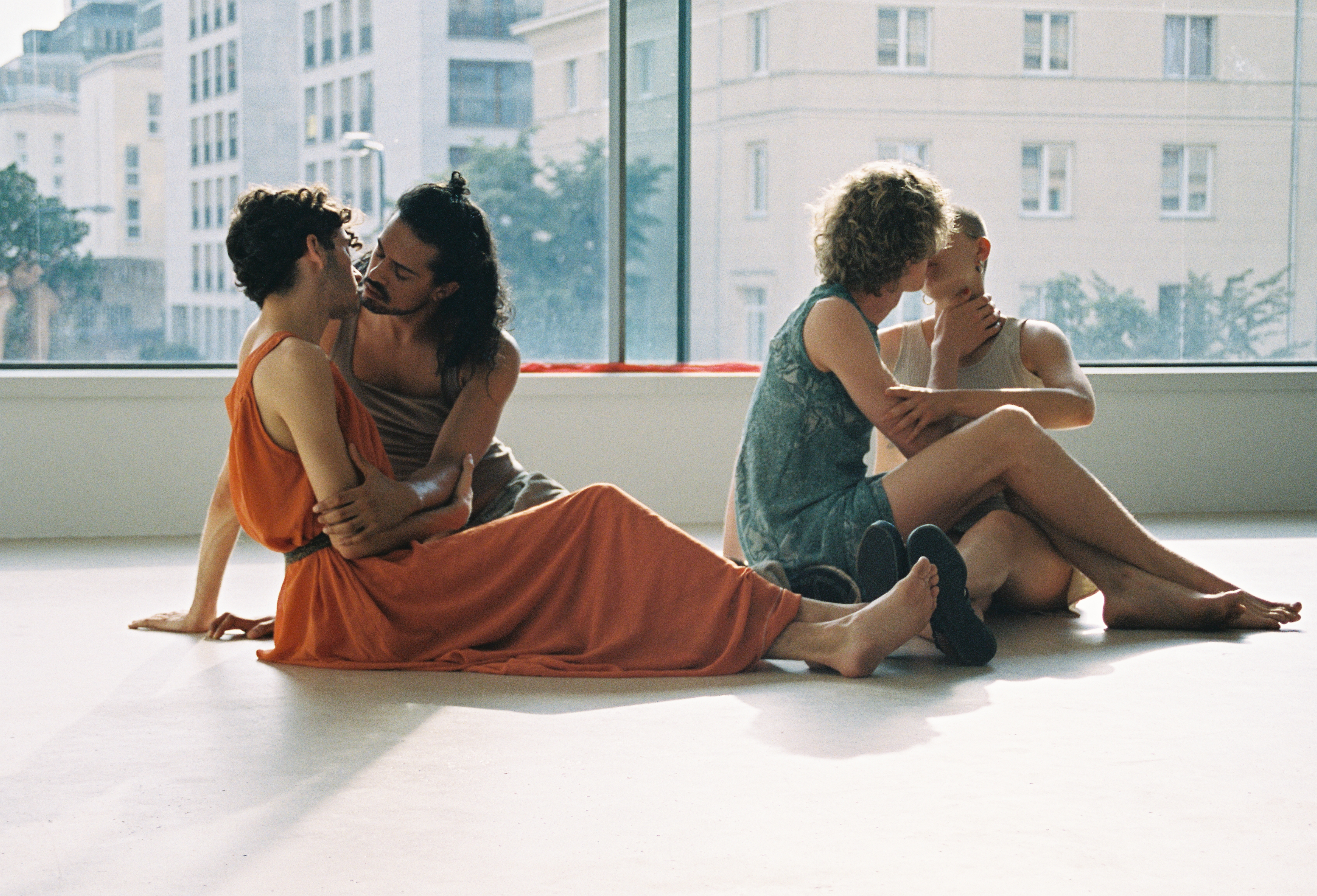 Not afraid to explore sensitive topics the artist has become an important figure on the “queer wave” movement.Spyros Rennt, Baczyński-Jenkins, Foksal Gallery Foundation

“This work touches on how to manifest and sustain sensations of a queer collective belonging in an environment that is unconducive – perhaps even hostile – to queer experiences,” he said.

For the past three years, he has divided his time between Poland and the UK, having moved back to Warsaw to set up Kem, an independent feminist and queer project space (linked to queer critical theory on sexual identity), focusing on choreographic and performance practices.

Poland, or at least Warsaw, has seen something of a dance boom in recent years with the most prestigious theatre venues, galleries, and museums now presenting works of choreography, but the conditions remain challenging with royalties for choreographers often very low both by international standards and in comparison with other branches of the arts. 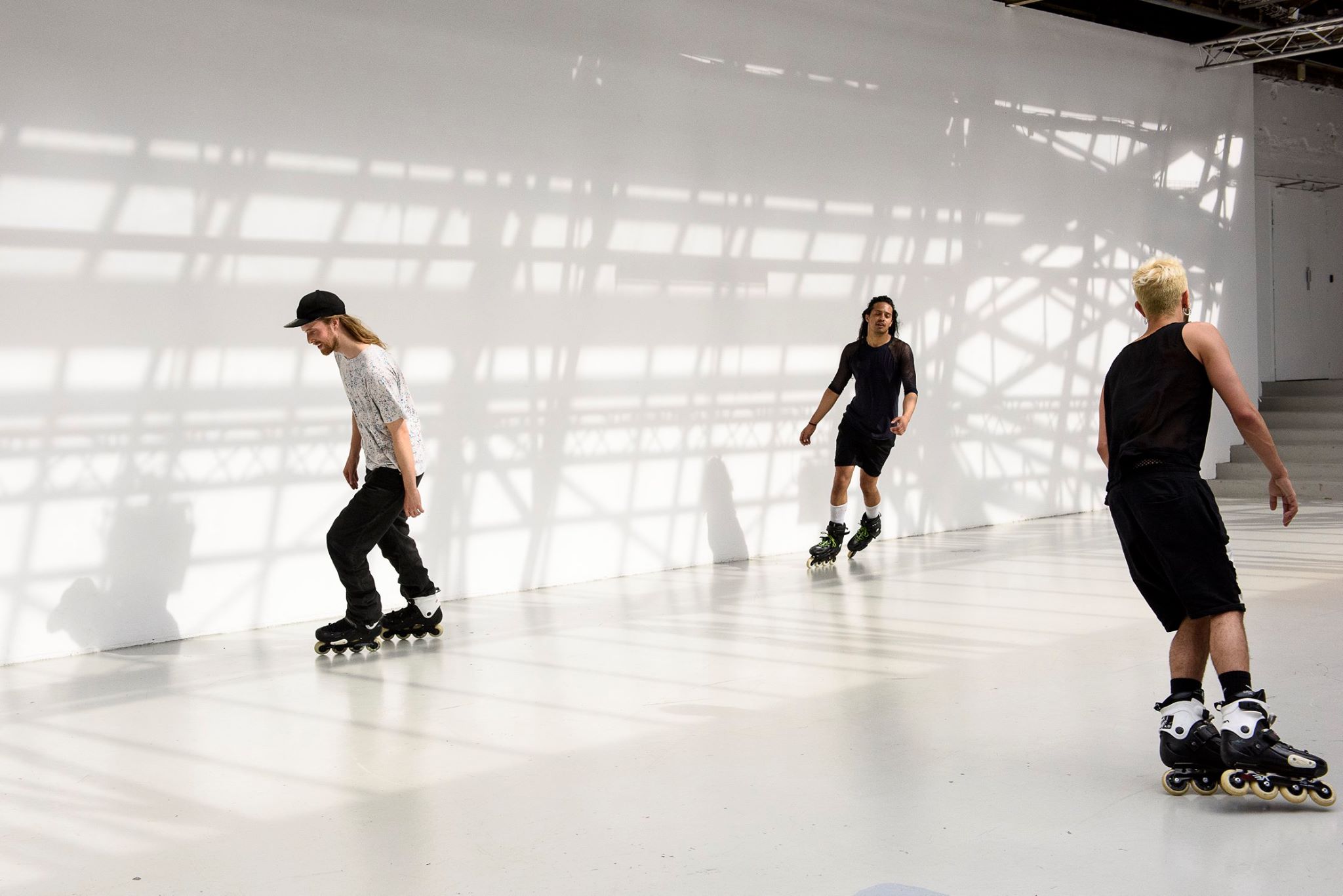 His 2014 piece ‘Us Swerve’ was a piece of performance documentation that put people on roller-blades.Atelier Diptik

“Things are definitely getting better but the infrastructure for choreography remains underdeveloped in comparison with what is available for the theatre,” Baczyński-Jenkins told PAP in an interview.

His choreographic works are presented mainly in a visual arts context - including such prestigious venues as the Whitechapel Gallery, Palais de Tokyo or Swiss Institute. These are presented as one or two day performances as well as in a solo exhibition format, for example at the Chisenhale Gallery in London or the Foksal Foundation in Warsaw.

A prominent figure in the rising “queer wave” hailed by critics as one of the most interesting phenomena in Polish culture today, Baczyński-Jenkins sees queerness as both a political and an aesthetic concept.

“I understand queerness as a politics of desire, embodiment and the complex entanglements between self and other,” he said.

Berlin to honour the 12,000 Poles who took part in the Battle of Berlin