A woman taking her granddaughter for a walk had the shock of her life when she stumbled across a hungry brown bear rummaging for food in her garden.

The woman from the village of Skomorochy Małe 70km south of Lublin where bears are unheard of, had been taking a stroll on her unfenced land when she spotted an animal, which she automatically assumed to be a dog. After realising the ‘dog’ was actually a bear, the woman took a quick photo on her phone before retreating behind a shed to protect her granddaughter.Private Archive

Villagers said: “She thought it was a stray dog and decided to chase it away. But when she got closer, it turned out it was a completely different guest.”

After realising the ‘dog’ was actually a bear, the woman took a quick photo on her phone before retreating behind a shed to protect her granddaughter. The bear later loped off to a neighbouring filed where it is thought to have built a lair inside an old pile of haystacks.Private Archive

Taking a few more moments to check the rubbish for anything worthwhile, the bear then loped off into neighbouring fields, in the direction of a large pile of straw which has laid abandoned for several years.

The woman’s neighbour said: “When the news spread, people started saying that in the last few days they’ve seen an animal around that area. In that pile of hay, from afar, you can even see a huge cave. Locals are now terrified and have put up warning signs to be aware of bears.Private Archive

“But now there’s no one brave enough, who will go and check if it’s a bear’s lair.”

The news of the bear’s appearance quickly spread and has sent shockwaves through the normally quiet rural community, with warning posters about bears quickly going up on bus stops and around the village.

The bear’s appearance has left ecologists, foresters and villagers dumbfounded, with multiple theories being put forward as to how it got there. 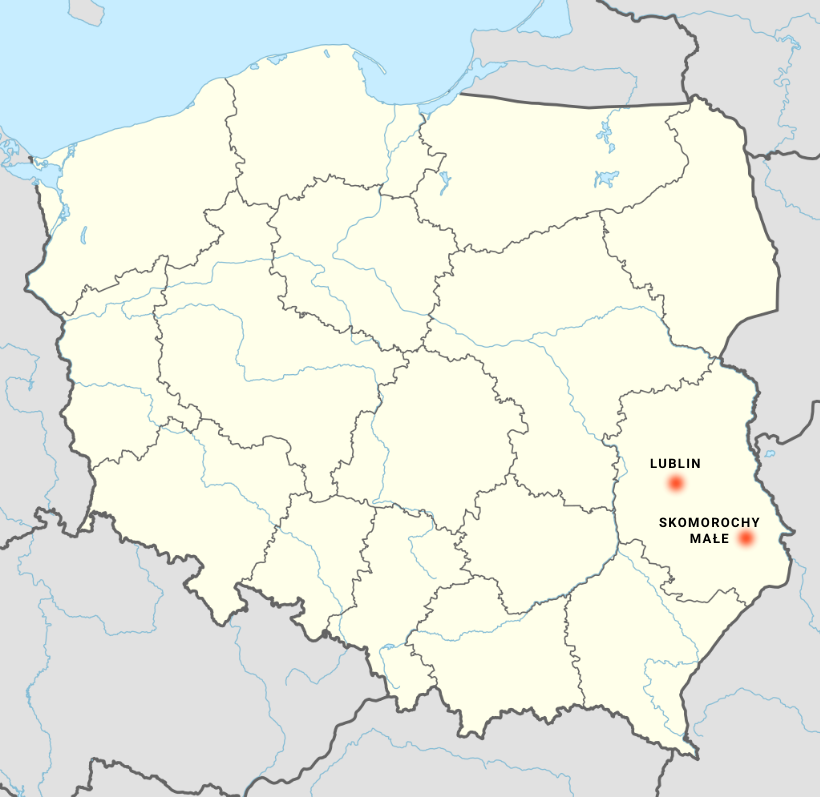 The bear was spotted in the village of Skomorochy Małe 70km south of Lublin where bears are unheard of.TFN

Some thought it may have come from the nearby Zamość zoo, where bears are known to be kept, but it turned out none had escaped or been reported missing.

Others have suggested the bear may have made its way across the border from a neighbouring country after recalling news from around a month ago, when border guards near Chełm reported a sighting of a mother bear and her cubs.

While no one knows for sure, it is also possible that the bear has taken a trip down from the Bieszczady Mountains, some 250 km away in South-Eastern Poland and decided to have a vacation in the village.