A mushroom picker had the shock of his life when he fell off his bike and found himself lying next to a haul of coins dating back to the 17th century.

Bogusław Rumiński had been looking for mushrooms in woods near his home in the tiny hamlet of Jezuicka Struga when he slipped and went sprawling into the undergrowth. 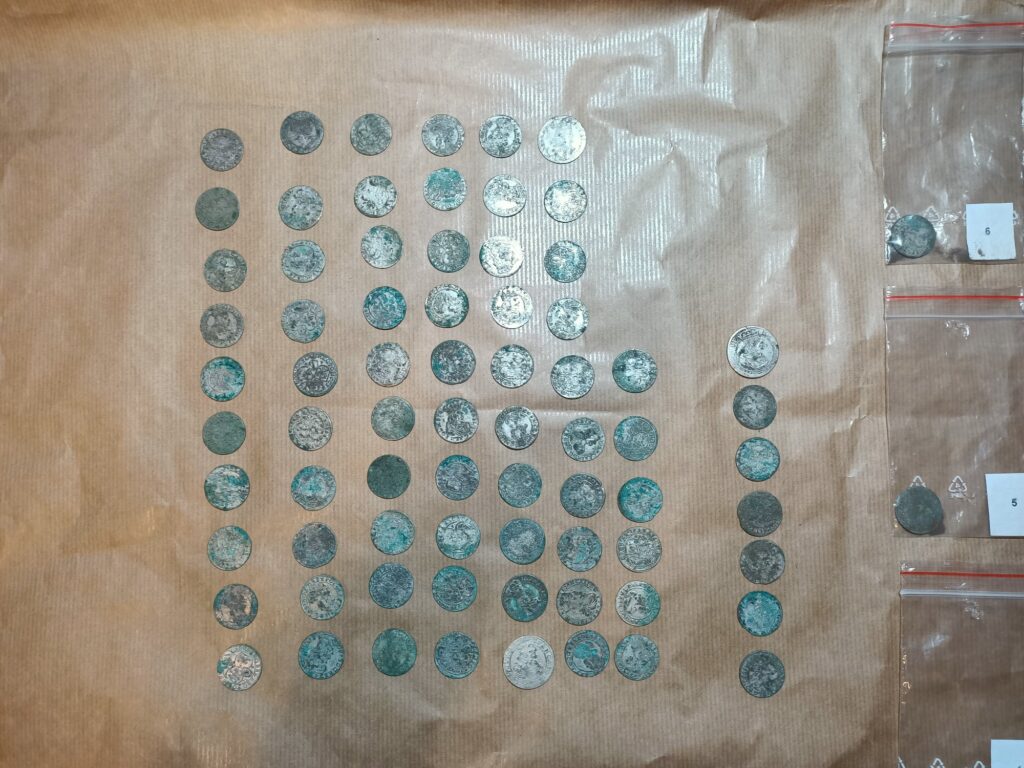 Putting his hand out to break his fall, he discovered he had grabbed a handful of coins.

Stunned Rumiński then noticed a further 60 coins spread around him before contacting the regional Conservation Office in Bydgoszcz to report his incredible find. 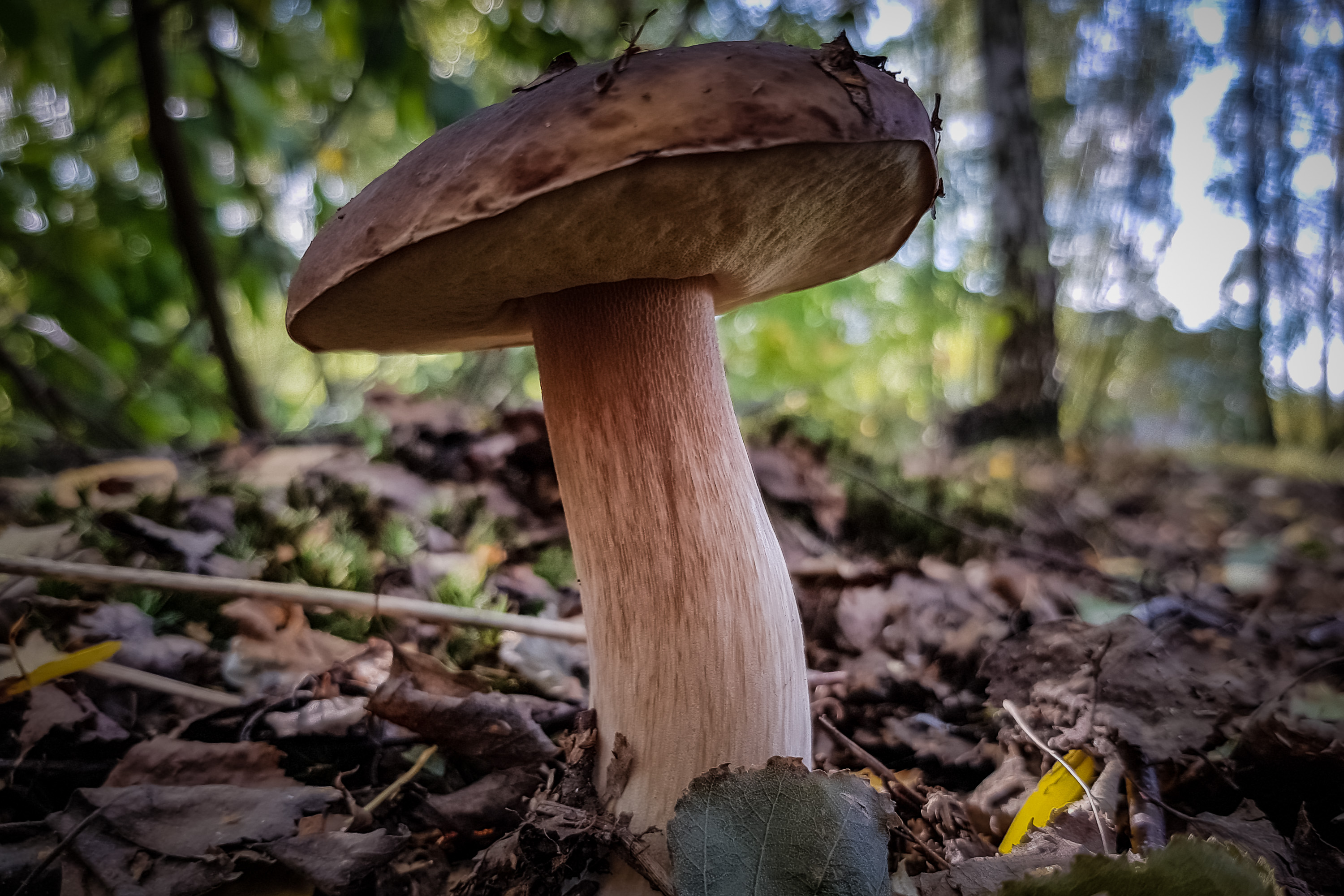 Bogusław had been looking for mushrooms in a forest when he fell off his bike and found the coins.Kalbar/TFN

The following day, he returned with Conservation officers who after sweeping the ground with a metal detector found another seven coins.

With interest in the case rising among heritage conservationists, the following day another group of officials visited the site, this time with an archaeology professor from the Adam Mickiewicz University in Poznań.

They uncovered a further 13 coins, bringing the tally to 86. 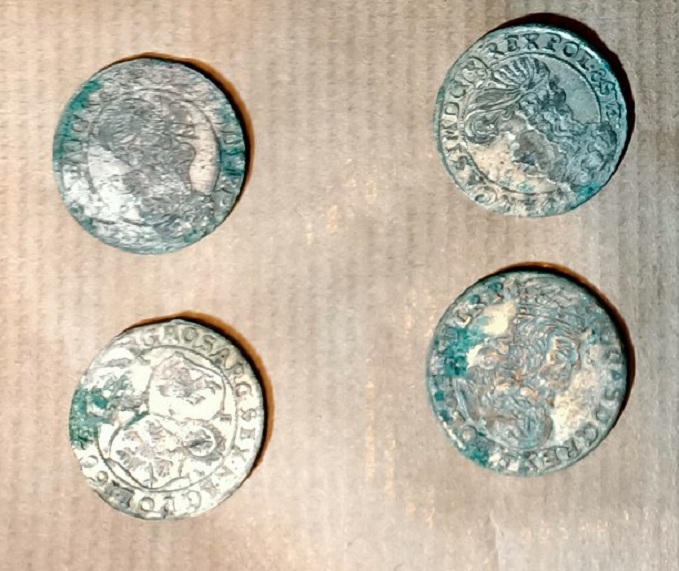 Most of the haul consists of six-groszy coins, although a number of higher-valued coins also appear, such as the ‘orta’, a coin worth 18 groszy.Szoik Rojewo

All of the coins date from the second half of the 17th century during the reign of Jan II Casimir.

Most of the haul consists of six-groszy coins, although a number of higher-valued coins also appear, such as the ‘orta’, a coin worth 18 groszy.

The coins date from between 1657 and 1667, pointing to their minting shortly after the Deluge, a series of wars with Sweden throughout the 17th century which wreaked havoc and destruction throughout the Polish-Lithuanian Commonwealth. 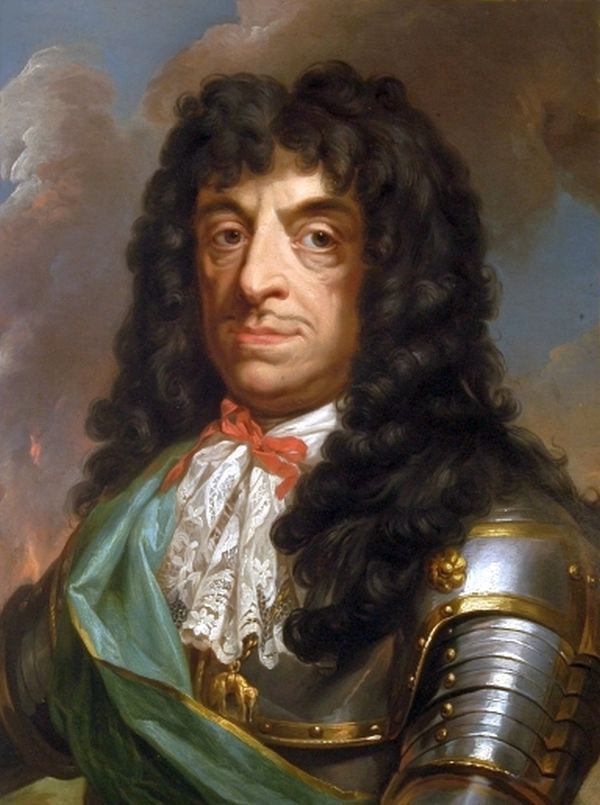 All of the coins date from the reign of Jan II Casimir.Public domain

Academics believe that the coins were also hidden shortly after being produced: despite them having a high level of verdigris, some of the coins look as if they are in mint condition.

The coins have been passed on to the regional Conservation Office, which is to appeal to the Ministry of Culture and National Heritage to reward Rumiński for lawfully notifying the authorities.

After restoration works, the coins are to be donated to the Jan Kasprowicz Museum in Inowrocław, in the district where the coins were found.