From Tokyo to Los Angeles, there is no shortage of direct connections from Warsaw’s Chopin Airport. Yet in addition to far-flung routes, Poland’s national airline LOT offers destinations rather closer to home – most recently Lublin, a city of around 350,000 inhabitants in eastern Poland.

Launched in September, there are five round trips per week, departing from Warsaw at 13.40 and leaving Lublin at 15.10.

“We offer our passengers the fastest and most comfortable journey between Warsaw and Lublin, which is particularly important right now, during troublesome road and rail investments between these cities,” said Adrian Kubicki, head of corporate communication at LOT, in a statement announcing the flight.

Under half an hour long, the flight is the shortest in LOT’s portfolio. Although the flight is listed as taking 50 minutes, the flight time is around 28 minutes. A video of the entire flight can be watched on YouTube.

On paper, that’s significantly faster than overland. The train from central Warsaw to Lublin currently takes around three hours. By car, the 180 kilometre journey can take a similar amount of time.

Still, plane passengers will need to factor in the journey to Chopin airport and then from Lublin airport, which is in the nearby town of Świdnik, 15 kilometre outside the city. They will also need to arrive at the airport in good time and go through security. In addition, the flight costs several times more than a basic train or bus ticket. 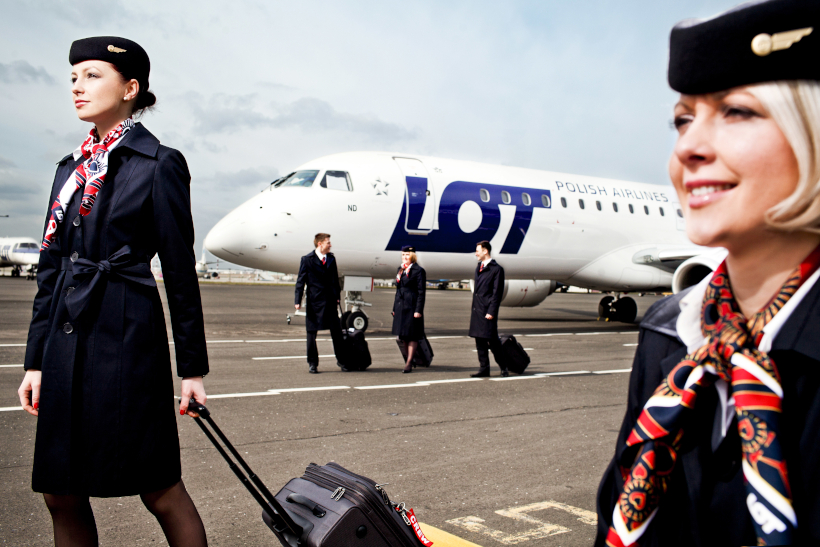 LOT is working on a strategy to develop a network of flights supplying the transfer airport in Warsaw.PLL LOT

As Kubicki notes, the new flight makes sense from a transit perspective. For people in Lublin and the surrounding region, the rapid and direct connection to Chopin Airport opens a world of possibilities – without the hassle of having to drive or otherwise get to the airport in Warsaw.

“The new route is part of LOT's efforts to develop a network of flights supplying the transfer airport in Warsaw. It also reflects the carrier’s strengthening position at regional airports in Poland,” he added.

From Warsaw, LOT also flies to several other cities across Poland, from Szczecin, in the country’s north-western corner (with an official flight time of 1 hour and 10 minutes), to Rzeszów, in its south-eastern one (55 minutes). Ryanair also offers domestic flights within Poland.

Opened in 2012, Lublin airport offers connections to several destinations in Europe, including London, Munich and Stockholm. It also has direct flights to Tel Aviv.