A group of teenagers from across Europe have put on an unforgettable performance of song, dance and drama in an attempt to make sense of the tragedies inflicted on Warsaw and its people during the Second World War.

The electrifying performance at Warsaw’s Ochota Theatre last night, was the culmination of this year’s Sound in the Silence, a history and art project organised by European Network Remembrance and Solidarity, which each year invites European high school students to places affected by difficult aspects of Europe’s past.

The theme for this sixth edition of the project was the fight for dignity in occupied Warsaw.

The high school students from Poland, Germany, Lithuania and Finland spent a week trying to answer questions about how to express resistance, how to fight for dignity and whether it is possible at all in the struggle to simply survive.

To help them learn about Warsaw’s wartime history, they were immersed in the stories of Polish underground courier Jan Karski, Jewish ghetto archive founder Emanuel Ringelblum, Witold Pilecki who willingly went to Auschwitz to reveal its horrors and Szmul Zygielblojm who publicised the mass murder of the Jews in Poland. 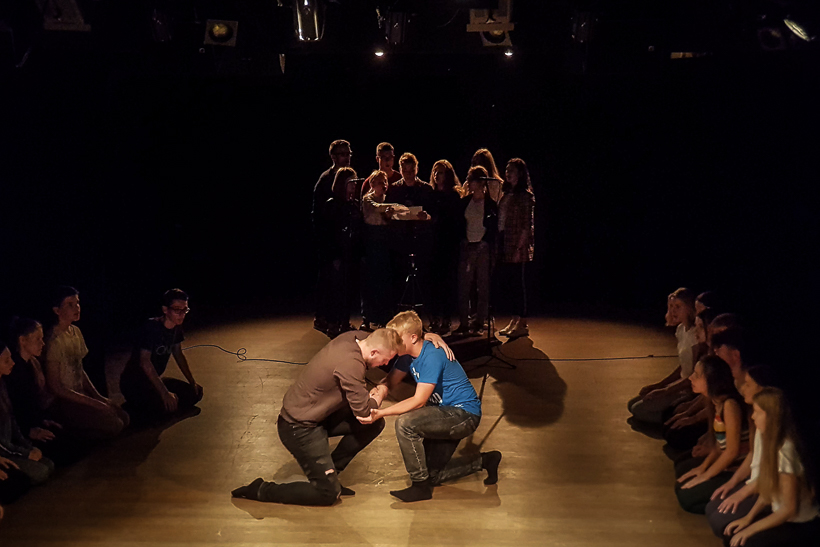 After an intensive history course, the group channelled their reflections and emotions into a performance based on sound, words and motion in workshops led by a team of experienced artists at the History Meeting House in Warsaw’s Old Town.Kalbar/TFN

They were also given a crash course in Warsaw’s wartime history, visiting the Warsaw Rising Museum, the Ringelblum Archive exhibition at the Jewish Historical Institute and the Umschlagplatz departure point from where Jews from the Warsaw Ghetto were sent to their death in Treblinka.

Alli, one of the students involved said she had been deeply moved by what she had seen.

After the intensive history course, the group tried to channel their reflections and emotions into a performance based on sound, words and motion in workshops led by a team of experienced artists at the History Meeting House in Warsaw’s Old Town. 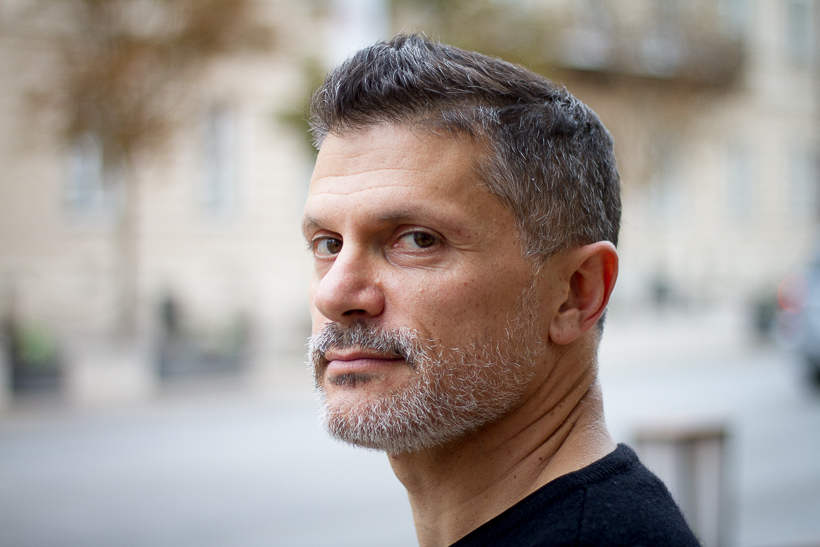 The originator of the project is the American rapper, actor, theatre director and educator Dan Wolf, the descendent of once very popular Jewish entertainers in Hamburg whose songs fell out of favour when the Nazis came to power. Kalbar/TFN

“In Lithuania we are quite shy and quiet but we have learned so much here – how to overcome our fears, to express ourselves and to get on with people from other countries,” said Elonas.

Julita from Poland explained that “we are trying to understand how people felt and what values were important to them […] we are nervous about the performance but it is exciting at the same time.”

The highly charged performance started with a haunting rendition of wartime tear-jerker Warszawo Ma, sung in plaintive tones under a tree outside the theatre.

This was followed by a chilling portrayal of screaming SS guards and prisoners pleading for their lives. The thought-provoking performance ended with an upbeat rap version of Uprising classic The Mokotów March.

An unusual aspect of the production was that it took place throughout the theatre, not just on the stage. Audience member Dennis from London commented: “Moving from room to room was genius – it really created a sense of disorientation, like going through a labyrinth and not knowing where we would come out.” 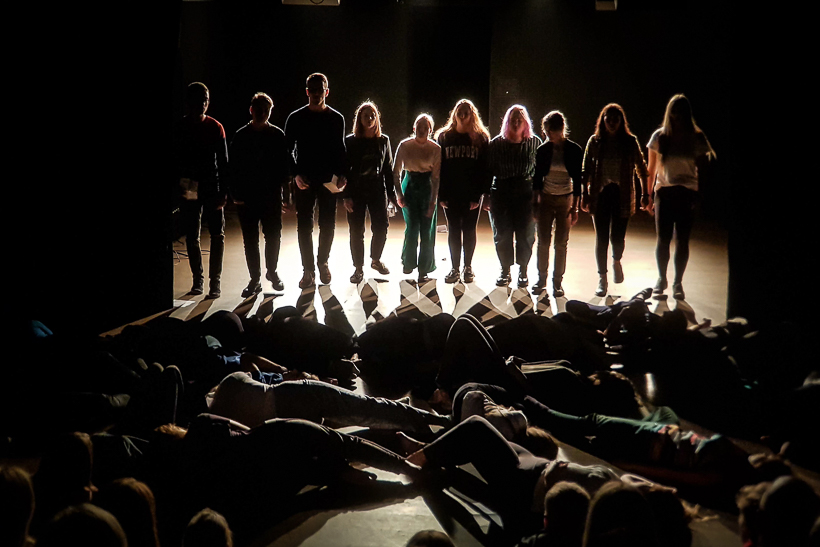 The project’s aim is to move participants emotionally through music, dance and theatre in order to preserve memory.Kalbar/TFN

The originator of the project is the American rapper, actor, theatre director and educator Dan Wolf, the descendent of once very popular Jewish entertainers in Hamburg whose songs fell out of favour when the Nazis came to power.

After learning about his family’s past, he travelled to Hamburg to perform the songs once again and even starred in a film telling the story.

The idea to combine art and history for remembrance came when he was with a group of young people at a concentration camp in Germany.

“The kids were so pent up when they were confronted by this history, so we started to do some rap exercises. What happened was transformational – they really opened up and were able to express themselves about what they were feeling,” Dan told TFN.

Dan used this experience and his background in performance art to develop a method of using art to learn about history. The result was the Sound in the Silence project, which has previously visited Hamburg, Borne Sulinowo in Poland, Chicago, Gdansk, Auschwitz and Ravensbrück.

With the passing of each year, the events of the Second World War can seem like the ancient past to young people. The project’s aim is to move participants emotionally through music, dance and theatre in order to preserve memory. Based on last night’s performance, Warsaw’s tragic past will leave an indelible mark on this group of 28 talented teenagers.