Up, up and away: president announces plans to rebuild historic palace in the heart of Warsaw

A recent announcement by the president of plans to rebuild the Saski Palace that once stood on Piłsudski Square in Warsaw has raised questions and renewed interest in the historical palace.

Chief among the questions is what will the rebuilt palace be used for and how long will the rebuilding take? President Duda’s Independence Day announcement also reopened a discussion that has been going on for several years about pros and cons of the rebuilding.

Duda went some way to explaining the sense of the rebuilding project in the declaration he signed on November 11, in which he envisaged “the reconstruction of the Saxon Palace as a permanent monument of independence, a symbol of state continuity and the attachment of citizens to Poland’s culture and heritage, which constitute the common good of the entire nation."

His vision is that the restoration of the building will be “a special act of remembrance that will remain for generations a lasting trace of the 100th anniversary of Poland regaining its independence, a sign of Poles' concern for the material legacy of their sovereign homeland, and a visible sign of the bonds connecting the present-day Polish Republic with the reborn Polish State in 1918.”

The head of the government, Mateusz Morawiecki, meanwhile, has said he would like the reconstructed palace to take the name the Palace of Independence.

One issue that remains unclear is what exactly will be rebuilt. The western frontage of Piłsudski Square consisted of three elements: the Brühl Palace, in which the Ministry of Foreign Affairs was located before the war; the Saski (Saxon in English) Palace in the middle of which was the colonnade with the Tomb of the Unknown Soldier, and on the northern edge a line of tenements on Królewska Street.

According to visualisations it looks likely that Saski Palace along with its adjoining tenements will be reconstructed. Whether the much more architecturally attractive Brühl Palace will be rebuilt is not known at this stage.

The reconstruction of the Saski Palace is not a new idea. The initiative was supported by Lech Kaczyński when he was mayor of Warsaw, and a company was even selected to design and rebuild the palace at a cost of around PLN 200 million. 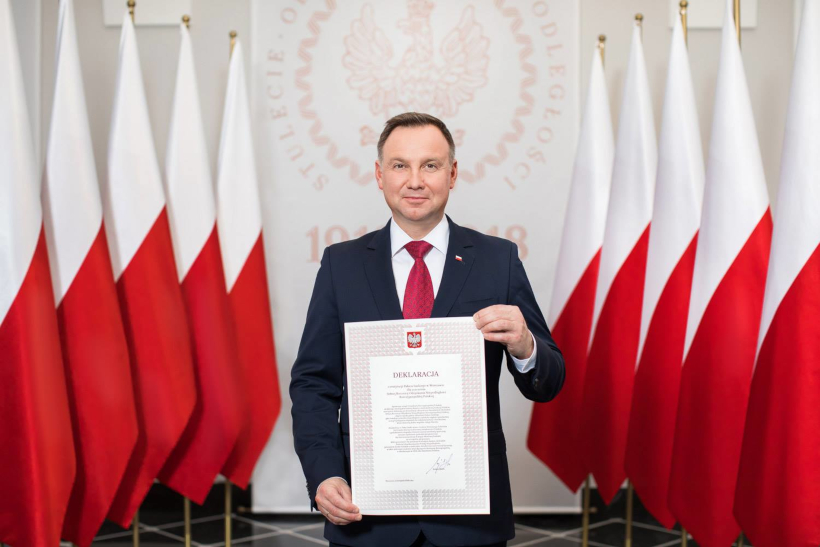 President Duda with the formal declaration of intent to build. He said the palace will be a special act of remembrance that will remain for generations a lasting trace of the 100th anniversary of Poland regaining its independence.Chancellery of the President of the Republic of Poland

One of the ideas was to transfer Warsaw City Hall there. Ultimately, however, in 2008, Warsaw’s new mayor at the time, Hanna Gronkiewicz-Waltz, shelved the project citing the financial crisis as the reason.

Despite this setback, the idea was kept alive by the association Saski2018, which was set up to promote the idea of reconstruction. The group has been active for five years and has over 27,000 followers on Facebook. Saski 2018 has estimated that about PLN 262 million will be needed to complete the project, while others have quoted figures up to PLN 1 billion.

One issue highlighted by critics of the plan is that the palace’s foundations that were revealed during ground work just over 10 years ago have been entered onto the heritage protection list, thus complicating any future building work on the site.

Maria Wardyńska, an archaeologist from Saski 2018, allays these concerns. “Only the most valuable, best preserved cellars of the Morsztyn palace from the 17th century were placed on the list,” she assured in an interview with PAP.

“The rebuilding plans don’t threaten these at all. Quite the opposite – the tender from 2008 stated that the cellars should be accessible to visitors, for example by glass walkways,” she added.

Indeed, the Saski Palace was only the last iteration of buildings that stood on the site over several centuries. The first palace was built in 1661 by the poet Jan Andrzej Morsztyn and was modelled on the Palace of Versailles in France.

It was then purchased in 1713 by the Saxon king of Poland August II the Strong, giving it the name used today. It was under his rule that the whole Saxon Axis running from Krakowskie Przedmieście up to the Mirów barracks, where the Mirowska market buildings are now, was designed and built. 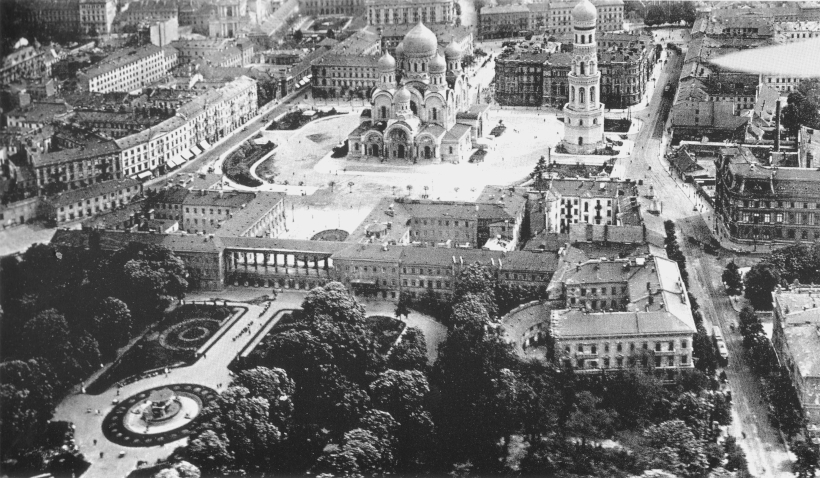 The palace in its former glory. A few central columns, which now house the Tomb of the Unknown Soldier, are all that remain of it.Wikipedia

In 1804-16, the palace housed the Warsaw Lyceum, where Fryderyk Chopin’s father was a teacher, and the Chopin family lived on the second floor. In the times of the Congress Kingdom, the square in front of the building was used for drills and military parades.

During the November Uprising in 1830, the building was destroyed and rebuilt in 1838-42. At that time, two independent buildings with internal courtyards were built, and the main body of the palace was pulled down. The colonnade erected at that time connected the palace to the nearby Saxon Garden.

In the interwar period, the General Staff of the Polish Army was housed in the Saski Palace and it was there that Soviet radio messages were decoded, which helped give Poland victory over the Bolsheviks in the Battle of Warsaw in 1920.

In 1923, the monument to Prince Józef Poniatowski that now stands in front of the President’s Palace was placed in front of the building, and in 1925, the Tomb of the Unknown Soldier was placed under the colonnade. In 1932, the German Enigma cipher machine was broken by Polish mathematicians working in the building.

Just when the palace will be rebuilt and what it will be used for remain unclear.Konrad Brandel

During the war, the palace was occupied by the Wehrmacht. In December 1944, after the fall of the Warsaw Uprising, the palace and the neighbouring Brühl Palace as well as the monument of Józef Poniatowski were blown up. Only a fragment of the colonnade with the Tomb of the Unknown Soldier survived, which since that time has become the unique symbol of Poland’s statehood and wartime suffering.

There is no doubt then that the palace complex is inextricably linked to the vicissitudes of Poland’s history. However, no decisions have yet been made about what function the building will serve. One idea is that the Senate will find a new home in the Saski Palace and the foreign ministry will move into its former home in the Brühl Palace.

An argument in favour of this is that the Senate’s current home within the Sejm buildings has always been a temporary measure.

Whatever the future function of the palace complex is, there are fears that the result will be similar to the botched 1990s rebuild of the Jabłonowski Palace on nearby Theatre Square, which mixed a historical façade with a fully modern interior, the storeys of which do not match up with the windows, which can clearly be seen from the street.

Maria Wardyńska, however, points out that the building conditions for the complex from 2006 make it clear that this won’t happen. “The decisions relate to size of the buildings, the division of each storey in line with the arrangement of the façade windows, and that the façade decoration should use traditional techniques.

“These decisions remain in force and they protect against the rebuilding being like a painted Easter egg with the insides blown out,” she assures.