A Polish pilot has braved dangerous air currents and extreme cold to set a new world record of an altitude of over 6,000 metres for a power motor flight.

A trike para-motor is a type of ultralight aircraft in which the pilot seats in a vehicle with the engine mounted on a three-wheeled chassis. 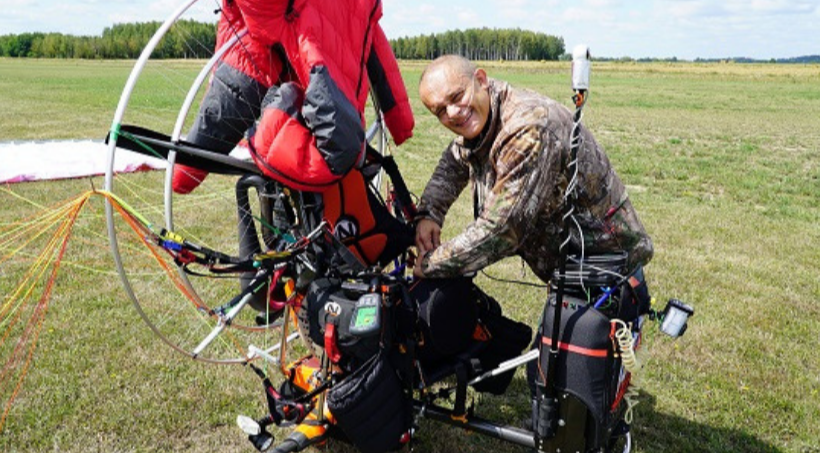 Getting ready for the off: Hirsztritt prepares for the flight.Mazurskie Stowarzyszenie Lotnicze

Most of the time, they stick to fairly low altitudes but Aleksander Hirsztritt from the city of Ełk in north-eastern Poland (who is known among local aviation enthusiasts by the nickname “Sasha”), left the low altitudes far below him as he soared on a record-breaking flight that he had spent around two years preparing for.

For the flight, which took began at 12.30 on August 3, Hirsztritt wore a special outfit of the type worn by mountain-climbers in the Himalaya for warmth. Underneath, he had electrically-heated thermal underwear. 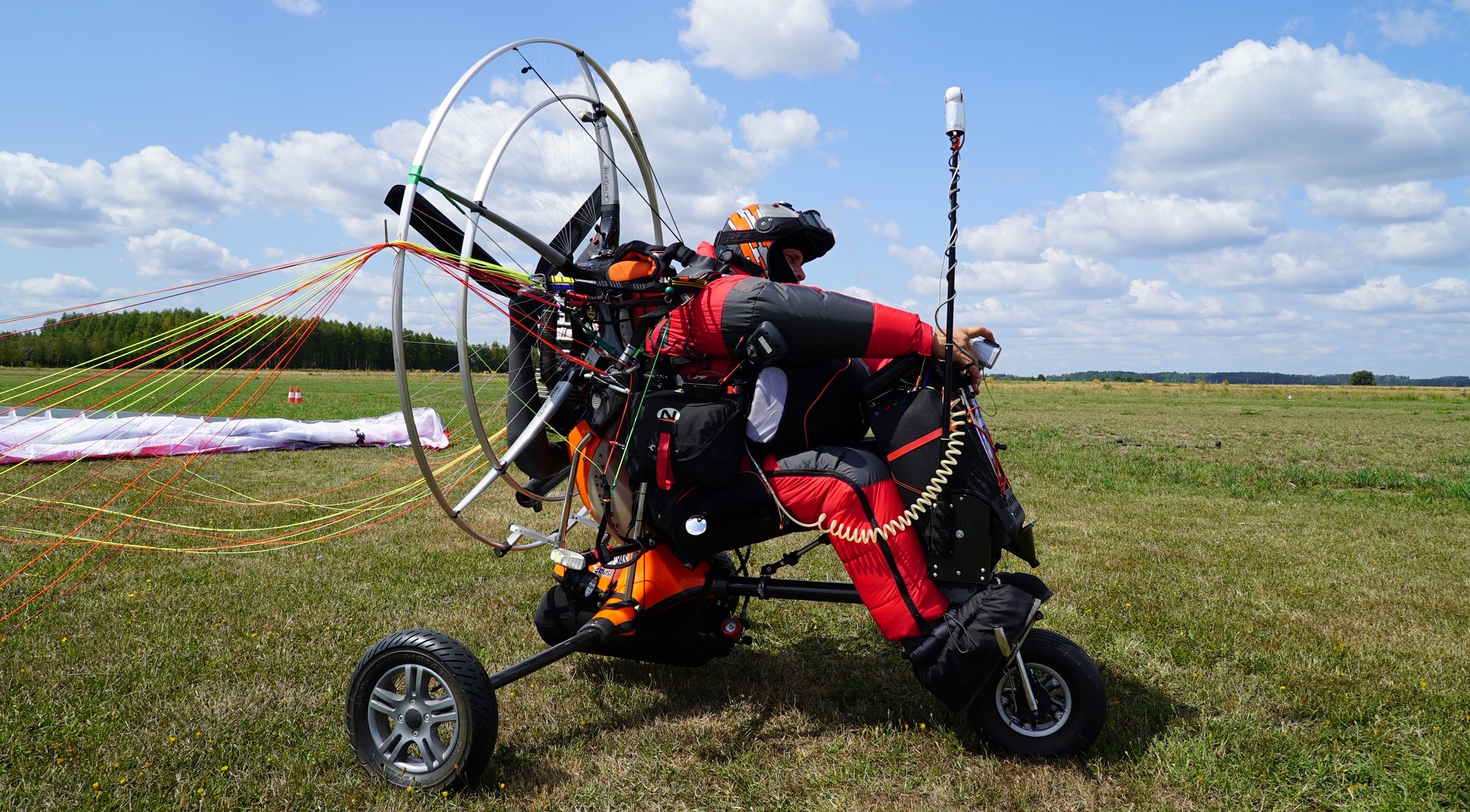 The pilot had to wear a suit designed for Himalayan climbers to protect from the -29 cold.Aleksander Hirsztritt

He was equipped with oxygen apparatus and a supply of fuel. He also had around twenty sources of power, many of which stopped working once he reached an altitude of 5,000 metres. On the official side, the Polish Air Navigation Services Agency designated a special area for him fly in.

Thousands of metres above Earth, Hirsztritt had to deal with challenges alone. To gain altitude, he opted for the risky tactic of trying to be carried by the clouds, but above 2,000 metres he came across a “suffocating current”, as he put it. As he struggled to get out of it, he dropped by around 500 metres, from a height of 2,600 metres. 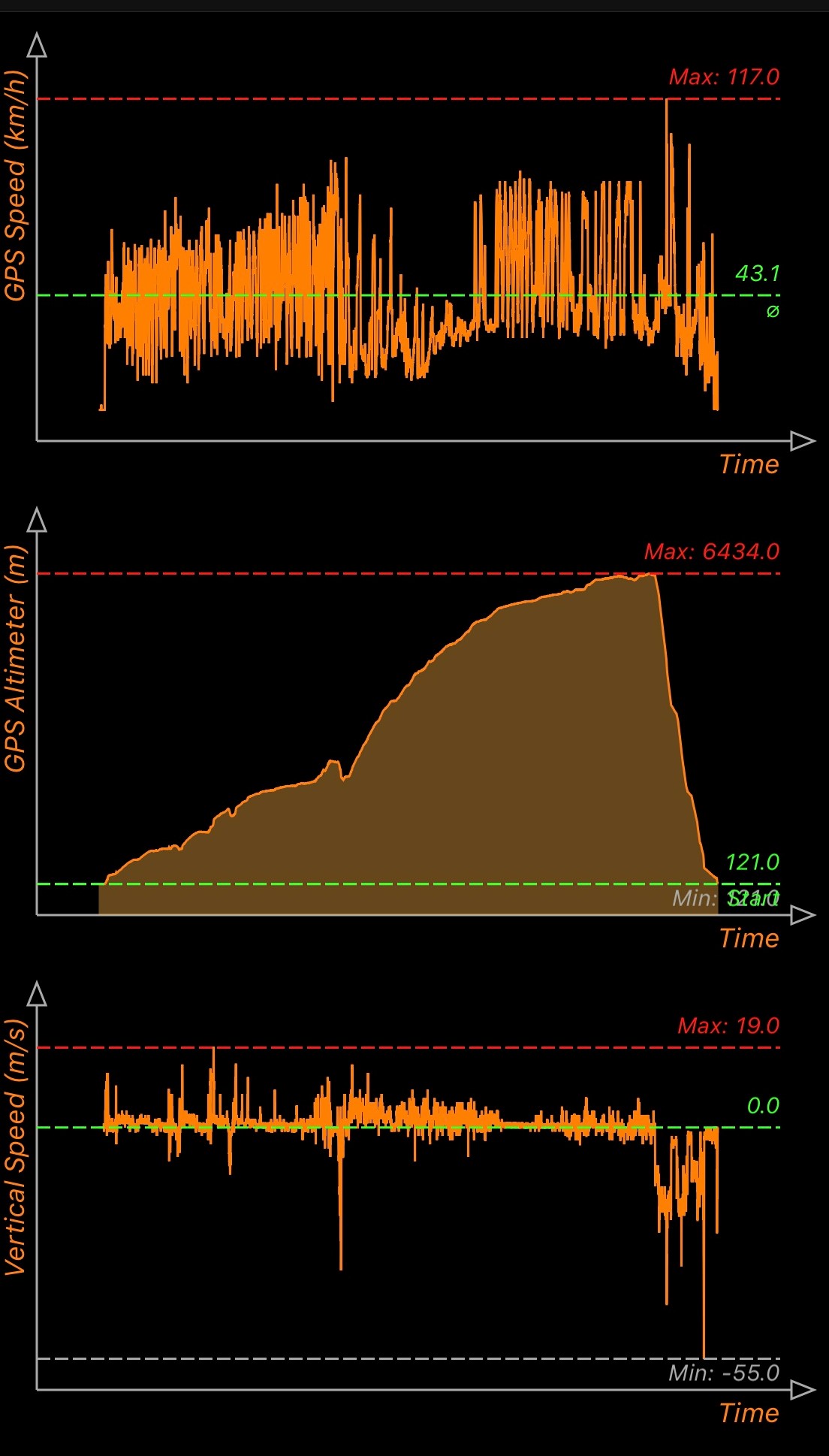 The details of the flight that took him to over 6 kilometres above the earth.Aleksander Hirsztritt

“Due to natural conditions such as suffocating currents, I lost a lot of time and metres,” the flyer told TFN. “Choking, or choking currents, made my life difficult. The cloud base and the top of the cloud are a zone that is difficult to pass because there are strong currents. As a result, you can lose hundreds of metres in height, even at maximum engine speed. I wanted to use these currents. I flew into the clouds, but when I flew out of them, almost all my equipment was frozen.”

After almost four hours in the air, he reached a record altitude of 6,377 m above sea level, braving temperatures of -29C. By then, most of his equipment had frozen – though the 360o camera was still working and managed to get some good shots. 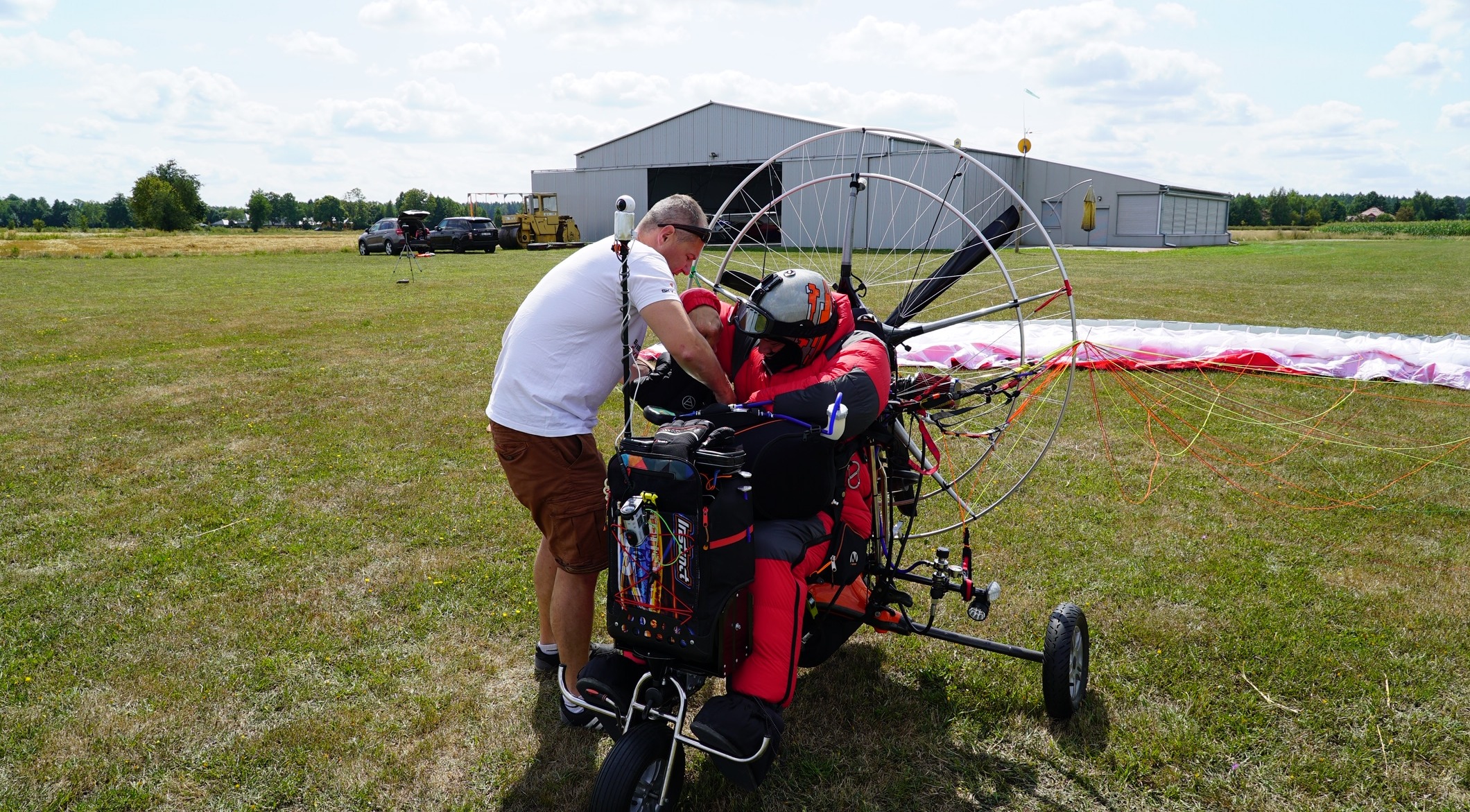 Video footage shows him high above the clouds, his face concealed behind googles and an oxygen mask, with his hands encased in padded mittens.

By evening, he had landed, having used 1 kilogramme of the oxygen he was carrying for breathing and all his 25 litres of fuel.

His record was welcomed by the Mazuria Aviation Association.

“If not for the struggle at 2 kilometres, there probably would have been enough fuel for to reach an even greater height,” it wrote on social media, referring to Hirsztritt encounter with the “suffocating current”.

“We hope that Sasza has not yet said the last word and will continue to try to beat his own record,” it added.

Having a rail of a time! Train enthusiast sets record for travelling over 700km in 24 hours on a one day ticket