Up close and personal with Maciej Musiał, star of Netflix drama 1983

It could, itself, have come straight out of a movie. A drama student and a struggling writer meet in a bar, bond over a few beers, come up with an idea and BAM! It becomes an overnight international success.

And yet, that’s more or less what happened when on a night out in Warsaw to celebrate his 19th birthday, inebriated Maciej Musiał bumped into writer Josh Long, performed a monologue from Wolf of Wall Street, became mates and came up with the idea for 1983.

Musiał who plays the main role of Kajetan Skowron, a naïve law student, told TFN: “So I asked him [Long] for a scene in English which I wanted to record and send to a few places.

“And he came back for this scene with Anatole and Kajetan, and it was there we decided to, like, dig into the world and expand it.” 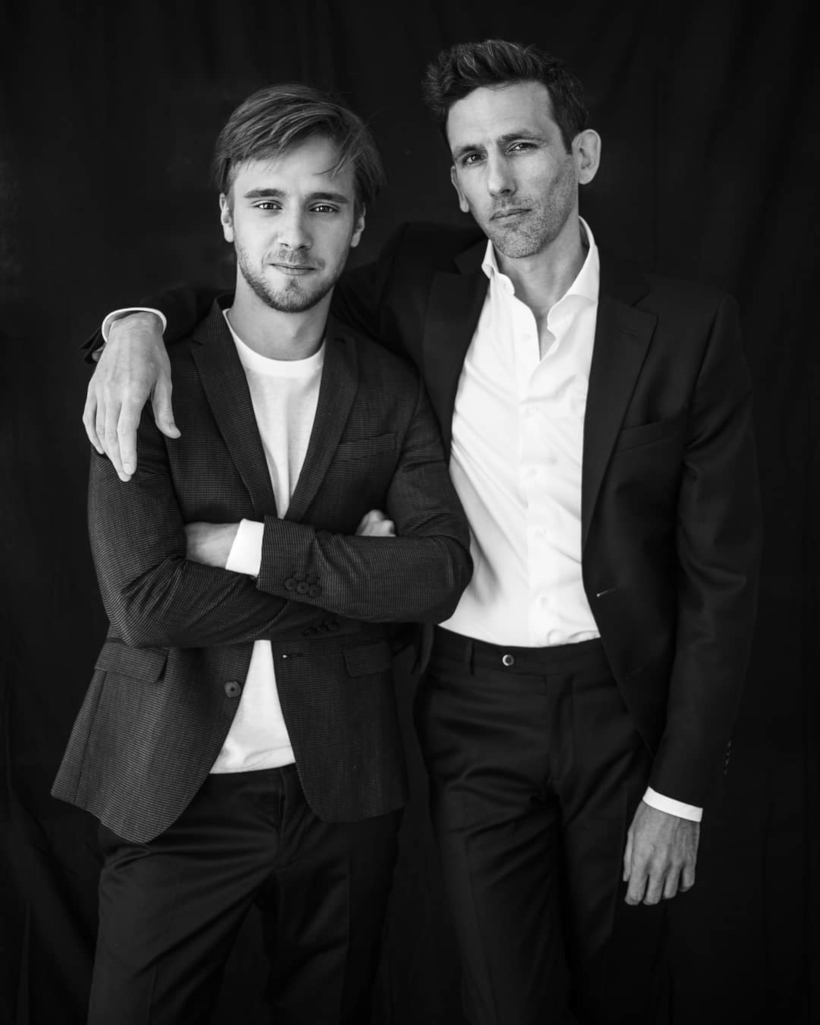 From that scene reading the two pals embarked on their new project. Sat on Musiał’s balcony in Warsaw, they formulated the story of 1983 over half a year into the dystopian world that first piqued Netflix’s attention.

“It felt like we invented a great game which only we could play for a few months and we were really, really excited about this and actually it didn’t feel like work.” Musiał recalls.

It was an idea that had never been touched in Polish film. Set in Poland, the Netflix series 1983 tells the dark story of what would happen if the country had never broken free from Soviet rule. The series nods to life of socialist Poland while scraping the historic timeline entirely, thus inventing a deeply unsettling world for Polish viewers. 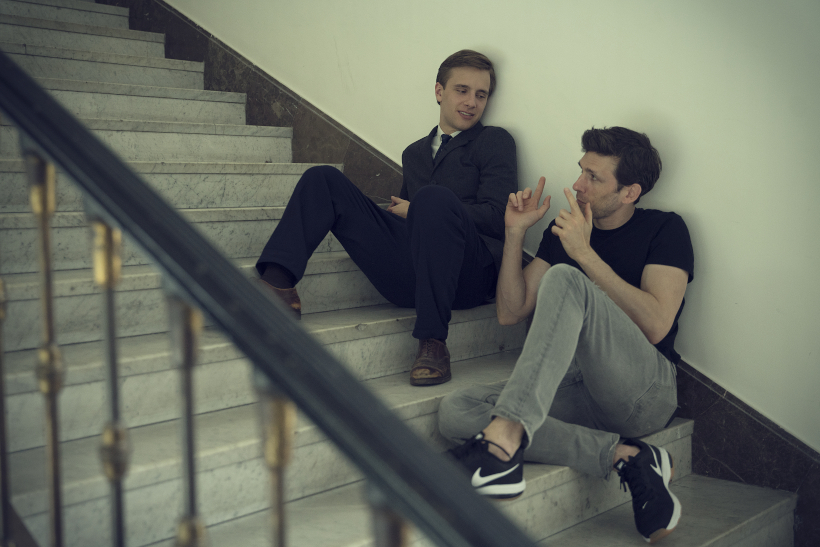 Musiał asked Long to send him a scene in English to read. The scene was about a disgraced cop named Anatol and an idealistic student named Kajetan who uncover a mystery.Netflix

Musiał explained: “This was something new for Poland, you know. When you look back to our history, art, everything that's new has had to struggle and fight to make a place for itself.”

“We wanted to do something special, poetic and philosophical. And I think we managed to do it with 1983.”

Released in November, the eight-part series took six months to film in 2018 thanks to the involvement of Netflix and all round talent magnet and House of Cards director, Agnieszka Holland.

Not everyone had as much faith as Netflix and Holland, however. Musiał’s dad, actor Andrzej, thought he was nuts. 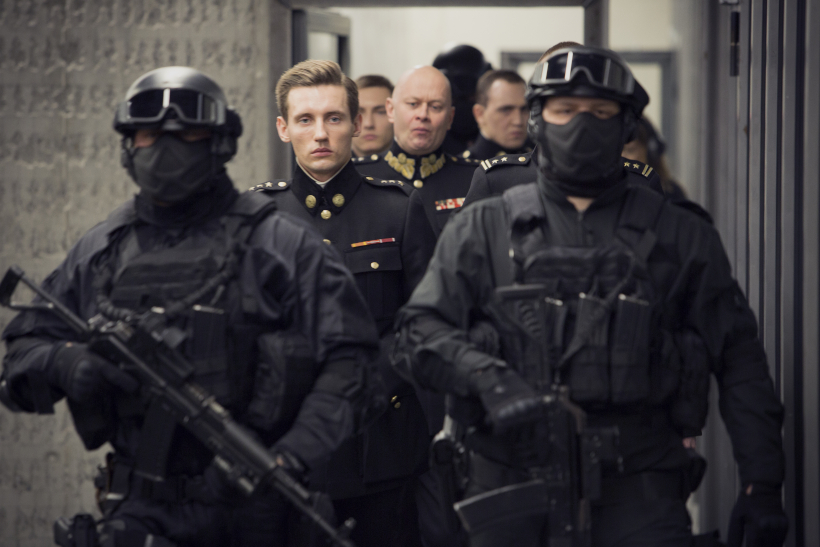 I remember Joshua taking a sheet of paper and a pencil on the first day and just trying to draw and show me that what should happen in the history so this world is possible' Musiał said.Netflix

“I didn't even talk about this with my friends because it sounded ridiculous. I told my dad and he was like, ‘Yeah, Maciej, do it.’” Musiał remembers. “And recently he told me he was really thinking like, ‘what the hell is he doing? Is he insane? I'm his dad so I will tell him: Yes, sure you can do it. You have the power.’ But back then even he didn't believe…”

And then there was the creative tensions between Josh and Long.

“If I’ve ever wanted to kill someone in my life it was Josh,” says Musial.

“Literally, I was sitting in front of him at some point and I just imagined smashing this glass... We were just in big arguments about the plot and everything and he thinks that he knows best. So before he changes anything there are bottles that I need to put away.” 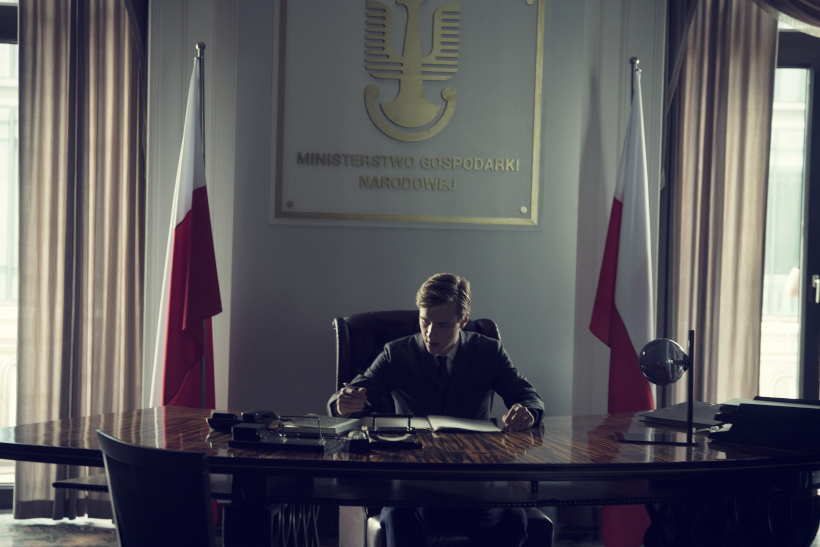 After the series was given the green light by Netflix, Musiał focused on playing his character, Kajetan.Netflix

He continues: “There's fire in the creative process, it always bursts and brings you to different places you haven't been. And to have someone who is there from the beginning and to confront your work with, for sure it helped us.”

After creating the first episode together and receiving the green light from Netflix for the series, Musiał stepped away from producing, leaving Long to continue creating the series as showrunner.

Though Musiał adds he contributed a few more ideas as the series went on, he instead focused on submerging himself into the role of idealistic law student, Kajetan and coming to terms with some of the big names he would be working with.

The father of his girlfriend in the show, Andrzej Chyra, is one of them. 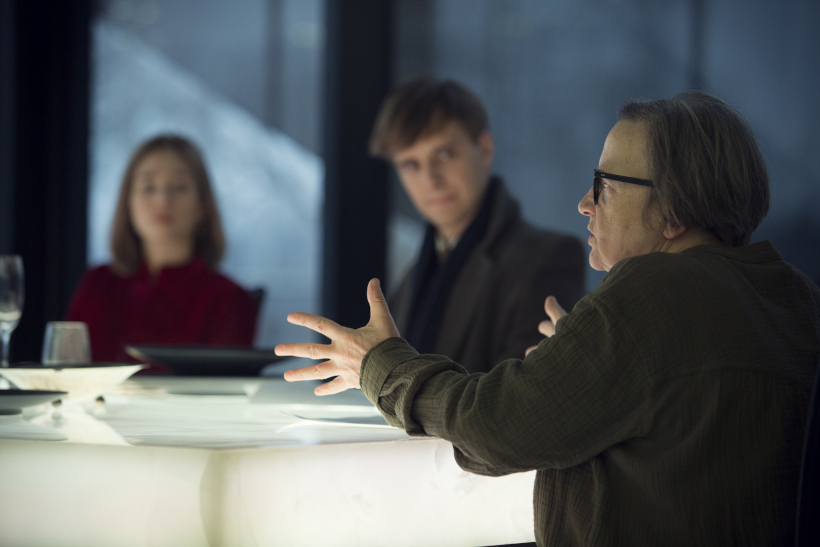 'I think they they've created our world in a much bigger scale than we had it in our heads, it was a privilege' Musiał  said about the Netflix production. Netflix

“I also remember playing a scene with Clive Russell from Game of Thrones who plays William Keating in the series. He has a different craft than we do here. At one point I stopped acting and was just studying him. I had to pinch myself, like ‘Get back to the scene! Get back to the scene!’ because he was so good.”

And then there was Anatol, the embittered, disillusioned old cop played by Robert Więkiewicz, who Musiał’s character teams up with. 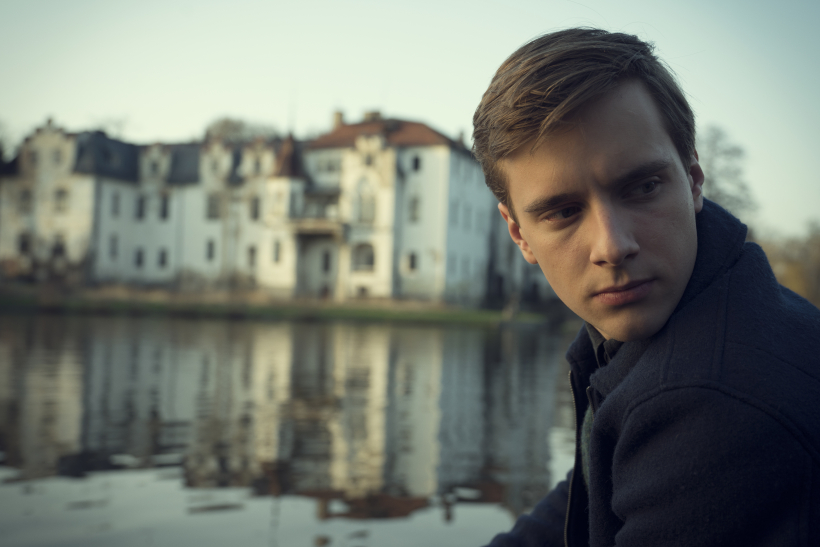 The series ended on some unanswered questions, if season 2 is confirmed, Maciej promises it will have a much faster pace.  But for now the 23 year old is concentrating on his role in Netflix’s ‘the Witcher’ Netflix

On set, to take the edge off the dark dystopian vibe of the series, the actors cracked regular jokes with Więckiewicz turning out to be the biggest joker of them all.

“You're not able to talk with him!” Musiał recalls. “He does like those kind of monologues, he's like a stand up comedy guy, really intelligent. Everyone -the whole crew is laughing.”

Although the second series for 1983 has yet to be officially confirmed yet, Musiał promises that if it is, it will be bigger and better..

“The pace is going to be really high and in the second season we have all the players in an interesting position on the map.

“So it just goes way into action. A lot of things are going to happen.”